A Tale of Three Cities La Paz, Sucre, and Potosí! 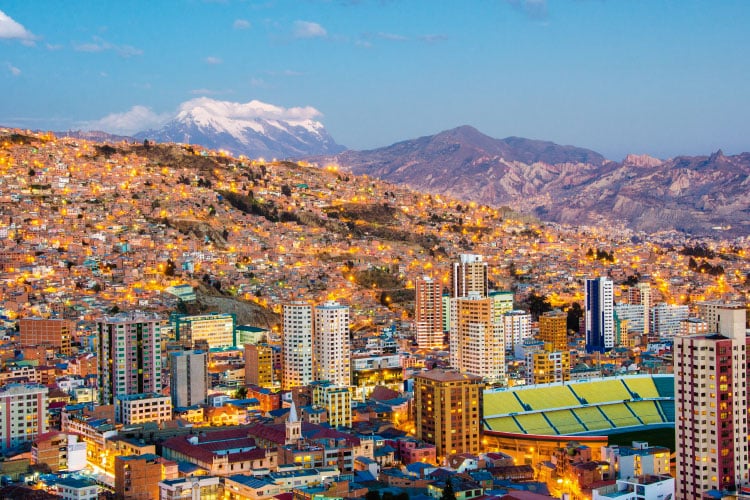 Otherworldly Uyuni (the largest salt flat in the world) officially put Bolivia on the map as one of South America’s premier tourist destinations. But the outstanding sights, sounds, flavors, history, culture, and general excitement of Bolivia certainly do not stop at Uyuni’s sea of salt. And three cities stand out from the rest: La Paz, Sucre, and Potosí! In true Dickens’ fashion, you could say that their cobblestone streets echo “the best and worst of times” in Bolivian history.

Join us for this tale of three cities in Bolivia, and consider adding La Paz, Sucre, and Potosí to your South America bucket list! 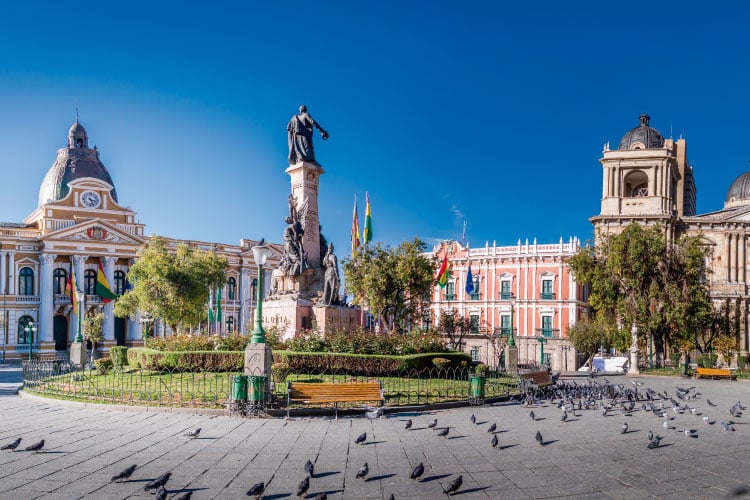 Bolivia belongs to a unique group of countries that claim two capital cities. Following a civil war in the 19th century, the Bolivian government divided its capital between Sucre and La Paz. The executive and legislative branches of government moved to La Paz, while the highest courts remained in Sucre, making it the “judicial capital” of Bolivia. This means La Paz serves as the “administrative capital.” This split has increased political tension in the last few decades, as Sucre tries to regain its full-fledged capital status. For now, however, La Paz shares the title and remains the highest capital city in the world at 11,940 feet above sea level, in the breathtaking Andes Mountains.

La Paz truly has so much to offer an eager traveler looking to experience the best of Bolivian culture in the Andes, and especially of Bolivian food. In fact, thanks to La Paz, Bolivia is inching its way towards the next foodie epicenter of South America over Lima, Peru. The avant-garde Gustu restaurant showcases hyper-local Bolivian dishes with a modern take, whereas Popular Cocina Boliviana restaurant aims to elevate classic Bolivian food for tourists and locals alike. If you can’t make it to these culinary hotspots, definitely make sure to savor a salteña (traditional Bolivian empanada), and slowly sip a comforting mug of api (a hot beverage made with purple corn) to stave off the evening Andean chill. 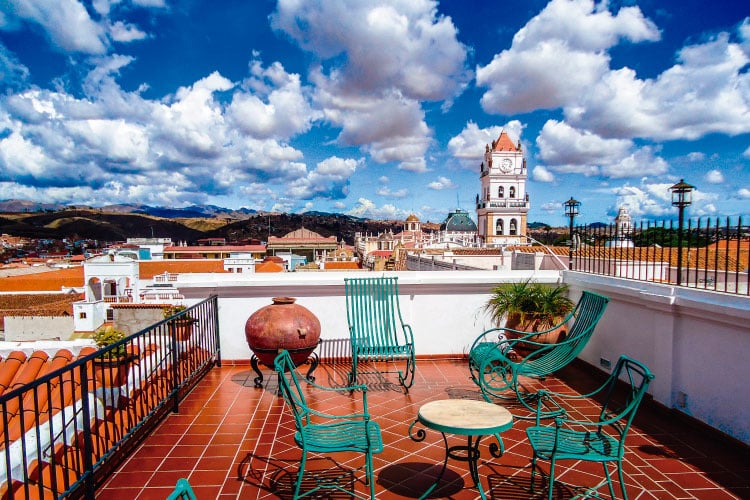 350 miles southeast and a couple thousand feet lower than La Paz, lies its capital city twin Sucre. Following the tradition of many Latin American countries, Sucre is Bolivia’s “White City” (for Peru, it’s Arequipa and Colombia, it’s Popayan, for example). Indeed, the architecture and history connected to Sucre draw countless tourists each year, especially those who look to travel back in time, so-to-speak. UNESCO even designated Sucre a world heritage site in 1991 for monuments such as the Basílica Metropolitana and St. Francis Xavier University, one of the oldest in South America.

And if your jaw doesn’t fully drop over these stately buildings frozen in time from the 16th and 17th centuries, then it might over the nearby dinosaur footprints! Just outside of Sucre city limits, you will find the world’s most extensive collection of dinosaur footprints in the Parque Cretacico. The park contains fifteen different species of dinosaur footprints, which include the most ferocious Tyrannosaurus Rex! 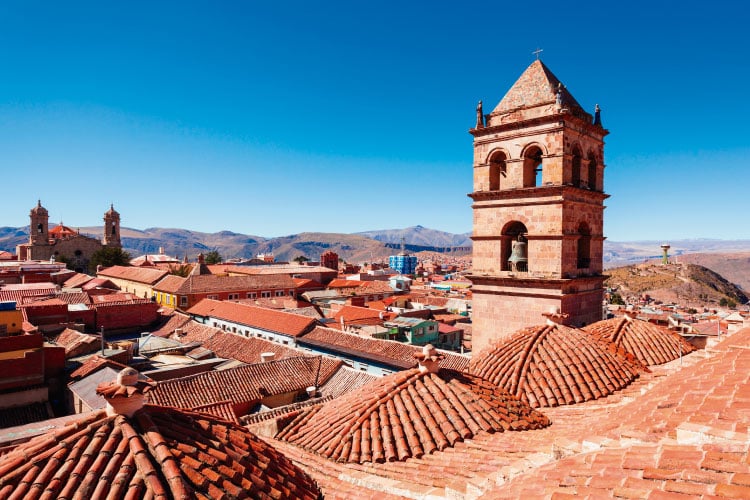 A mere fifty miles south of Sucre, you will find the charming city Potosí, with a bit of a tortured past. Most known for its extremely profitable silver mines dotting Cerro Rico (meaning “rich hill”), Potosí once boasted three times London’s population as a global economic powerhouse. In the late 16th century, miners pumped out 200,000 kilograms of silver per year for distribution across the earth’s far reaches. On the flip side, Potosí also gained a global reputation for being the figurative “mouth of hell” for the miners, many slaves, who toiled under exceedingly cruel conditions.

Of course, you can visit some of the Cerro Rico mines, taking into account this wealth of history, the good with the bad. This is one of Potosí’s most prominent attractions, however similarly to Sucre, you can visit its charming colonial architecture. UNESCO also made Potosí a world heritage site in 1987. Specifically, Casa de la Moneda is a colonial-era mint turned museum that showcases where, and how, Potosí’s silver was transformed into coins before being shipped off to Spain.

Weave your very own tale of three cities during your bespoke journey to Bolivia. Grab a zesty bite in La Paz, bask in Sucre’s remarkable architecture and history, and relive the two-sided silver coin of Potosí’s global legacy. Contact us to get the planning started!