5 Hidden Gems of Buenos Aires The Paris of South America!

Affectionately known as the “Paris of South America,” Buenos Aires needs little to no introduction as one of the world’s most hopelessly romantic cities. For one, the president lives in a lavish pink mansion, called La Casa Rosada (The Pink House)! Home to spicy tango clubs and sizzling steak houses, Argentina’s capital city quickly finds its way onto almost every South America bucket list.

When planning a visit to Buenos Aires, you will easily find several mini-bucket list items. These often include a walking tour around the bohemian San Telmo neighborhood, a glimpse at the historic district of La Boca, or the upper-crust neighborhood of La Recoleta, a lavish tango show with dinner, and tearing into one of the best steaks of your life. But what about the hidden gems that don’t make the top of the list? If you’re looking to get a taste of unfiltered Buenos Aires, make sure to consider the following for your bespoke trip to Argentina. 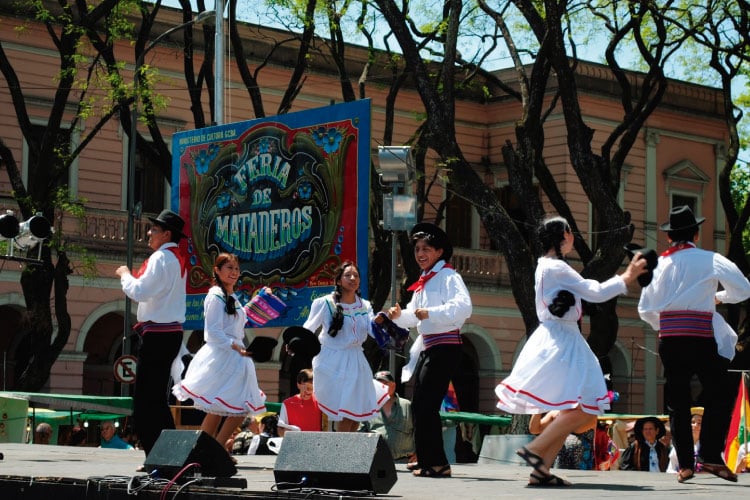 Suppose you’re passing through Buenos Aires March through December on a Sunday or a national holiday. In that case, the Feria de Mataderos shouldn’t be missed. A pop-up folkloric festival in the heart of the working-class neighborhood Mataderos, the feria pays homage to Argentine Gaucho culture.

Countless stalls line the feria offering beautiful handmade crafts and hyper-local Argentine dishes, such as choripan, a perfectly greasy sausage served on a grilled roll. As you munch on your choripan and marvel at local artisans, you will also take in a show! Traditional zamba dancers flirtatiously twirl as local musicians accompany them on bombo legüero drums, folk guitars, and harmonized vocals. 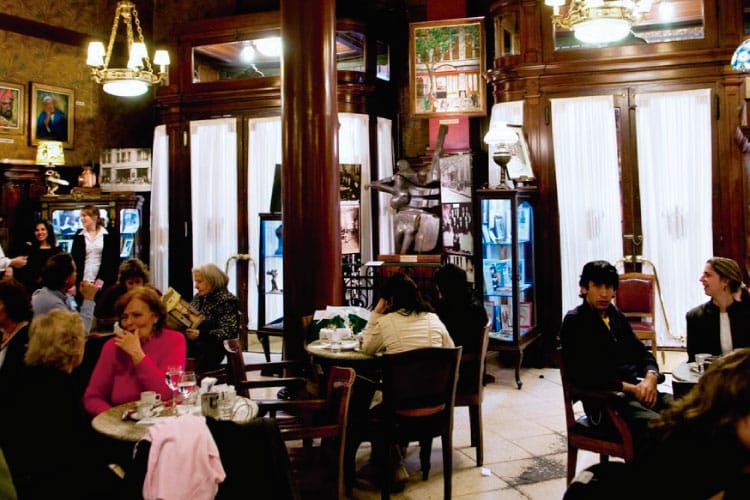 What makes a coffee house emblematic, you may ask? In Buenos Aires, a collection of exceptional cafes carefully guard the secrets and honor the history of the city’s literary and artistic past, which was heavily threatened during the Dirty War and brutal military dictatorship of the 1970s.

Many such hubs of local culture and history were built around the turn of the century and transformed into coffee houses in the early 1980s. They became centers for artists and intellectuals to gather and discuss the country’s future democracy moving forward. La Poesía is a coffee house in San Telmo dedicated to serving a fabulous coffee and a prominent literary venue. Porteños (people from Buenos Aires) take their literary venues very seriously. This is evidenced by the fact that Buenos Aires claims more bookstores per capita than any other city in the world! 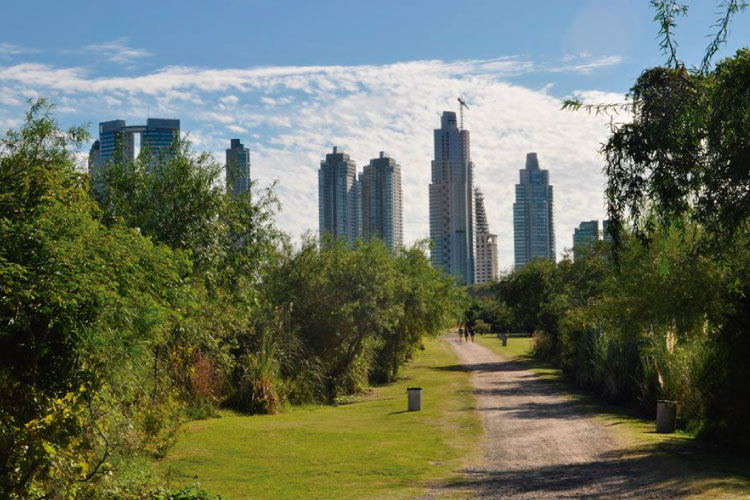 For a glimpse of wild Argentine landscape smack dab in the middle of the city, head to the Reserva Ecológica Costanera Sur. The countryside of Argentina surrounding its major cities will take your breath away, and so will this unique nature reserve within its capital.

Although the reserve itself was built during the most violent time of Argentina’s history, it still stands as a lasting beacon of hope despite the violence. Like Central Park, but much more rustic, the reserve exists within the heart of the city and covers 860 acres of protected land. Walking through the reserve, you are sure to encounter local citizens on their daily jog, as well as local wildlife going about their day. 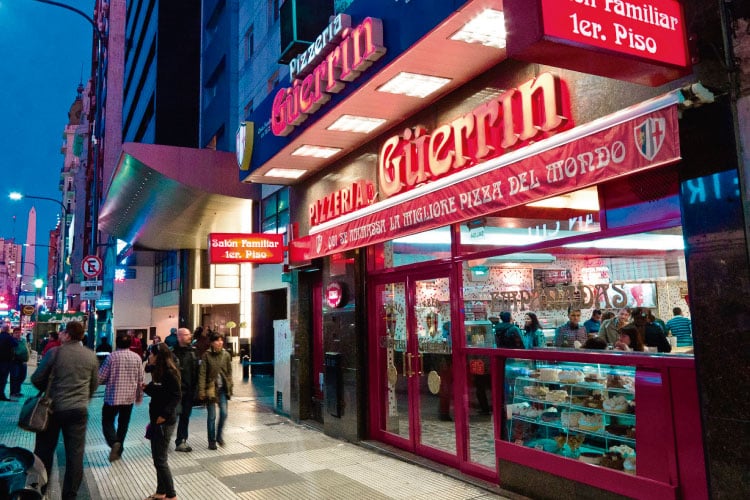 Aside from meat grilled to perfection, Buenos Aires is quite known for its Italian cuisine, which has been incorporated as part of Argentine culinary identity. Seeing as 3 million Italians immigrated to Argentina between 1857 and 1940, pasta, pizzas, and strong coffee abound.

So you have so many pizzerias to choose from in Buenos Aires; however, Güerrin Pizzería stands out from the rest. They have been slinging pies for almost 100 years since their founding in 1932 and are considered the original Argentine pizza. What defines an Argentine pizza is the affinity for cheese (a mountain of it, to be exact), a much thicker crust, and unique toppings like cocktail sauce and eggs. 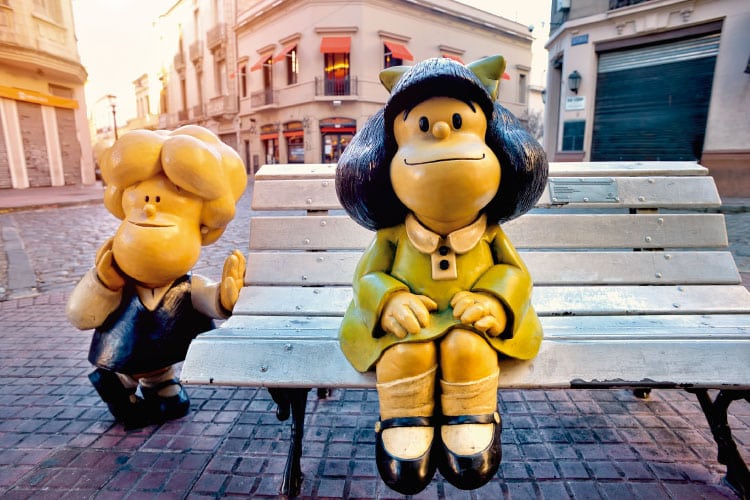 If you took a Spanish class or two in high school or college, and your teacher lived in Argentina, chances are you read some Mafalda; or at least can recognize her iconic bowl haircut topped with a bow.

Argentine Cartoonist Joaquín Salvador Lavado (Quino for short) created Mafalda, a six-year-old girl who continually strives for world peace, hates soup, and makes adults think about their actions. Quino died very recently in September 2020 at age 88 in his hometown of Mendoza. So now more than ever, his memory lives through Mafalda in her San Telmo monument. There she sits on the corner between Chile and Defensa streets immortalized in a lifesize sculpture pondering the adult world’s curious contradictions.

These spots often land on the list for savvy tourists and local residents alike. Get a feel for true Buenos Aires culture on your journey through Argentina!