Home on the Range in South America: Gaucho Lifestyle and Legacy 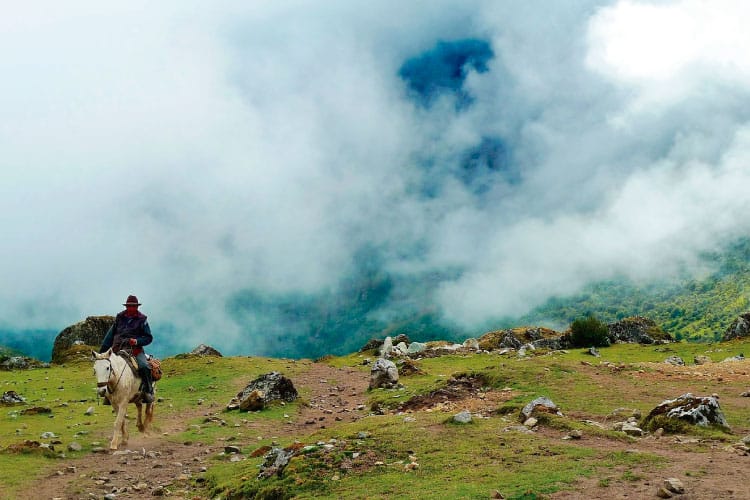 The gaucho sits at the symbolic heart of Argentine, Uruguayan, and Brazilian ranching culture in the pampas (prairies) between the regions of Rio de la Plata and Rio Grande do Sul. Similar in character to that of the American cowboy, gauchos were known for their fierce nomadic spirit, rugged fashion sense, an affinity for working with horses and cattle, and attraction to solitude.

Although gauchos no longer roam the now-privatized pampa estates to the magnitude they once did in the eighteenth and nineteenth centuries, their legacy still courses through modern-day Argentina, Uruguay, and Brazil.

A Brief History of the Gaucho 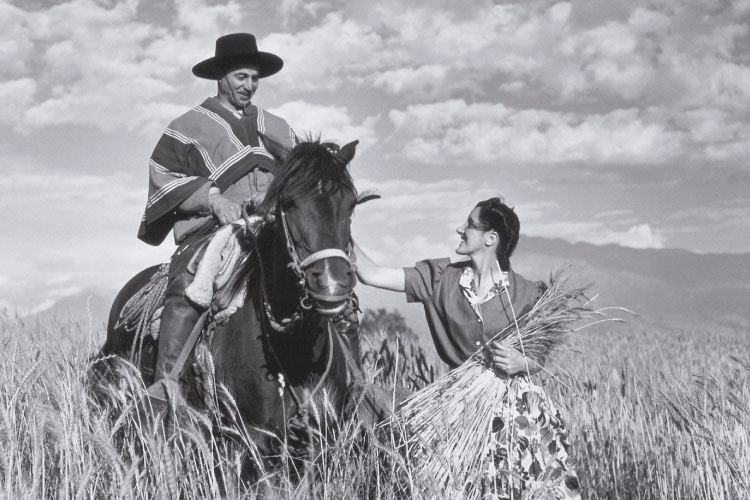 If you are familiar with gaucho pants, you are already loosely acquainted with gaucho culture and lifestyle. In the fashion world, these wide-legged pants have become a popular women’s style. However, the original bombacha pants of the gaucho’s costume inspired the design.

The gaucho identity arose in the mid-eighteenth century to meet British, Dutch, French, and Portuguese traders’ demands. These traders ran quite a profitable contraband business in the frontier outside of Buenos Aires, selling hides and tallow. They hired gauchos to wrangle the escaped horses and cattle on the expansive pampas. They took to the sea of grassland wielding a lasso, knife, and boleadoras, which consisted of leather cords and three iron balls or stones to topple each animal to the ground.

When they weren’t hunting these animals, they gambled, drank, played the guitar, and waxed poetic about their hunting, fighting, and lovemaking. Unlike the predominantly white American cowboy figure, gauchos were often mestizo (of mixed white and indigenous ancestry) and mulatto (of mixed white and black ancestry).

Beginning in the 19th-century, most of the once-wild pampa land belonged to private landowners, who hired gauchos as skilled animal handlers. At this point, the gaucho’s wrangling skills were very much in high demand; however, by the end of the 19th century the pampa land had been divided into fenced-in estancias (estates). This new enclosed dynamic of the estancias transformed the once free-wielding gaucho into a mere farmhand.

Despite their diminished status in society, gauchos maintained their rugged free spirit and earned an honored place in Argentine literature and mythology. They also played a vital role in the fight against lingering Spanish colonial presence in the Rio de la Plata region.

Gaucho Culture in the 21st century 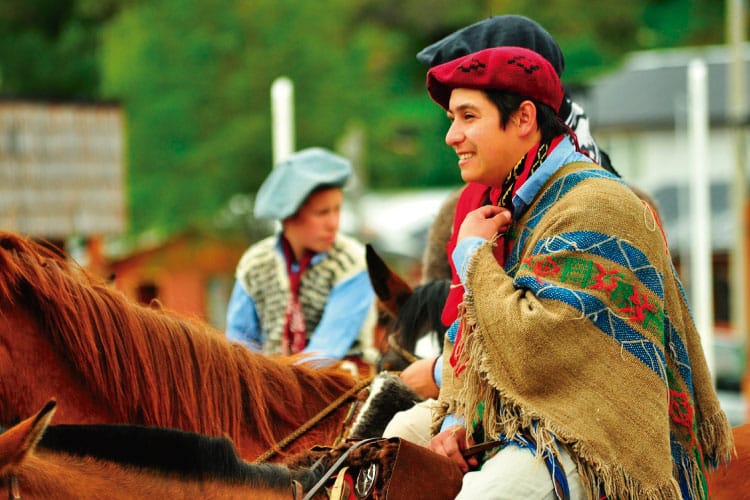 Although relegated to estancias across the pampa, the gaucho way of life and spirit has not withered as one might think. A rebirth of gaucho culture arose with their symbolic status memorialized in 19th-century literature.

It is tricky to calculate precisely how many individuals authentically maintain the gaucho lifestyle on the vast estancias. However, if you travel to these regions, you are sure to encounter them. You can find a range of estancias open to tourists about two hours outside of Buenos Aires. Two exciting estancias that offer the “gaucho experience” are Santa Susana and La Bamba de Areco, a Relais & Chateaux property.

Grab a glimpse of the gaucho’s mythical presence on a trip through the expansive prairies of Argentina.