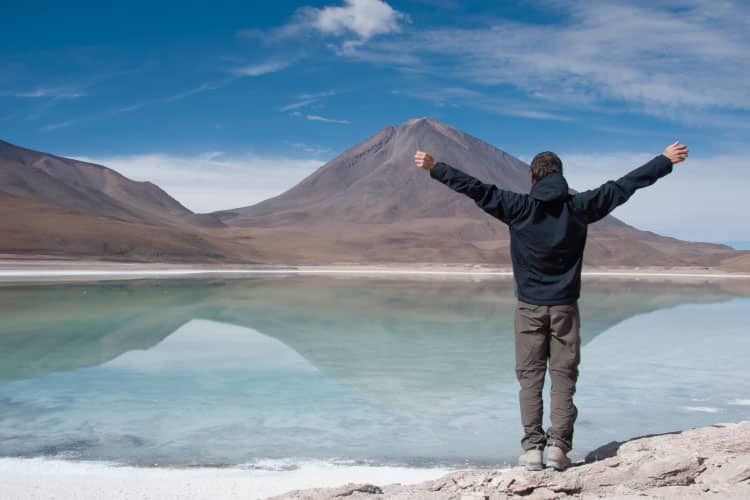 To visit the Salar de Uyuni, Bolivia is to enter a world within worlds. How could such a vast expanse of ethereal calm, looking-glass lagoons, angry geysers, giant cacti, and dormant volcanoes exist within our waking reality? And yet, it does!

Spending one day in Uyuni, at the very least, will impress even the most cynical of characters. Because time seems to stand still here, and the imprint of the world’s largest salt flat extends far beyond your passport. So you might ask, do I even need tips to enhance my Uyuni experience and make it magic? Well, perhaps not, but we still have a couple of ideas to transform your once-in-a-lifetime Uyuni journey into an alternate reality adventure! 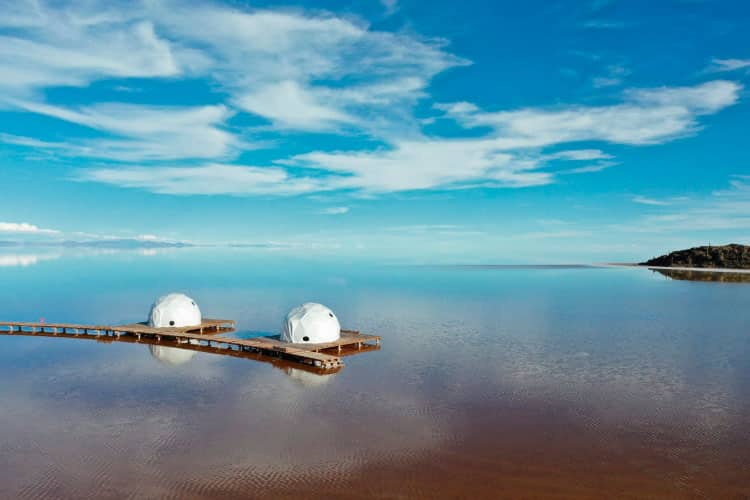 Unique accommodation comes with the territory in Salar de Uyuni, with a couple of different hotels to choose from that are constructed entirely of salt, such as the Luna Salada Hotel & Spa. However, as of May 2019, the unique Kachi Lodge has captivated the lodging scene in Uyuni.

This exclusive otherworldly lodge consists of seven geodesic domes, six-bedroom domes, and one larger lounge dome with a sizable wooden deck. Splayed out on a semi-circle wooden walkway, these domes fly straight out of a scene from Star Wars. This is not a far stretch, considering much of The Last Jedi was filmed in Uyuni to portray the fictional planet Crait. The Kachi Lodge brings this outer space fantasy into reality and will take your Uyuni experience to the next level. 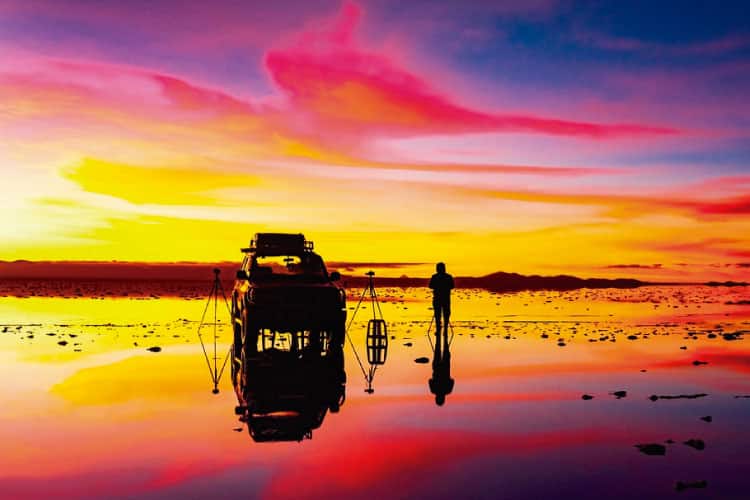 If you plan to travel through Bolivia in the dry season (roughly April to November), stargazing is an absolute must. At night, the ethereal expanse underneath your feet does a backflip and paints itself into the sky.

Follow the Milky Way as it lines an unattainable and unmistakable path in the deep hues of the night sky, and the sparse clouds seem to hover in place just below this blanket of stars ebbing and flowing above you. You can arrange a special stargazing moment during your tour away from the lights of your accommodation, and you won’t regret doing so!

3. Bring your own small objects from home for some surreal photography 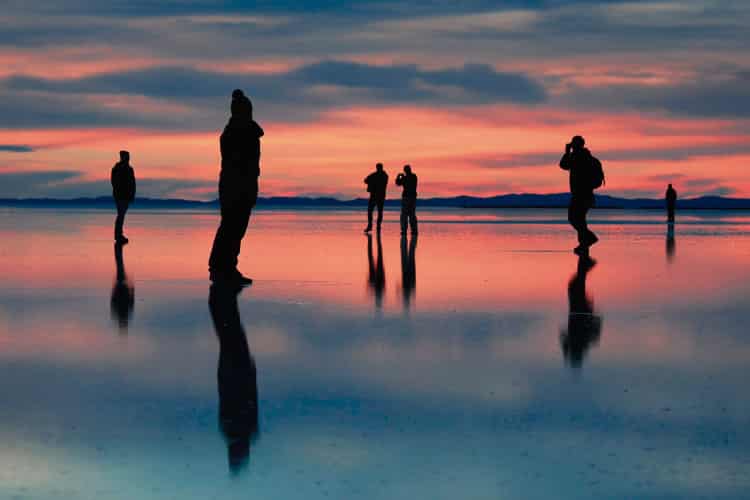 A coveted Uyuni activity, you will be sure to take the most surreal photos, playing with perception and reality within the camera’s lens. This altered perspective is possible due to the extreme flatness of the salar (salt flat), making it the chosen place for NASA to calibrate satellite board sensors on its surface.

Your Uyuni guide will surely come prepared with objects such as the ubiquitous toy dinosaur, which can be placed in the lens view to make it look like the dinosaur is attacking you, standing just a few feet away. However, bringing a few small doodads from home will add a personal touch to your one-of-a-kind photos. 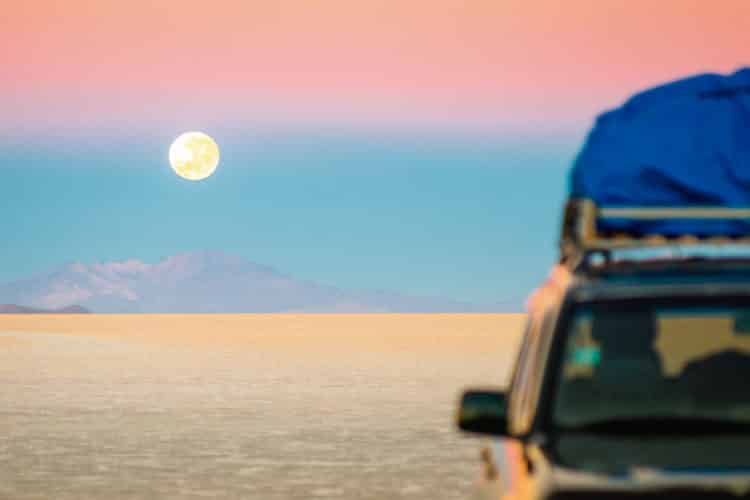 We stress the importance of staying at least two nights and spending three fully packed days in Uyuni’s wonderland. With a one-day tour flying from and back to La Paz on the same day, you will get a glimpse of Uyuni’s majesty without peeking behind the vast curtain to experience its diversity.

Spanning 6,800 miles, the Salar de Uyuni encapsulates so much more than a sea of salt. For instance, with at least two nights, you can take a day trip from Uyuni to the blood-red Laguna Colorada, whose color comes from a mix of minerals and algae. You can also visit the Laguna Verde, whose turquoise waters frame the grand Licancabur Volcano. Three species of flamingos call these lagoons home: The Andean, Chilean, and James’ flamingos!

So you see, enhancing your trip to Uyuni is not about what’s possible (a quick one-day tour), but instead, it’s about exploring the fantastical possibilities beyond that one day. Get your camera travel-ready, and contact us for more details on how to get the ball rolling for your bespoke Uyuni adventure!