In the Footsteps of Giants – Bolivia’s Dinosaur Footprints 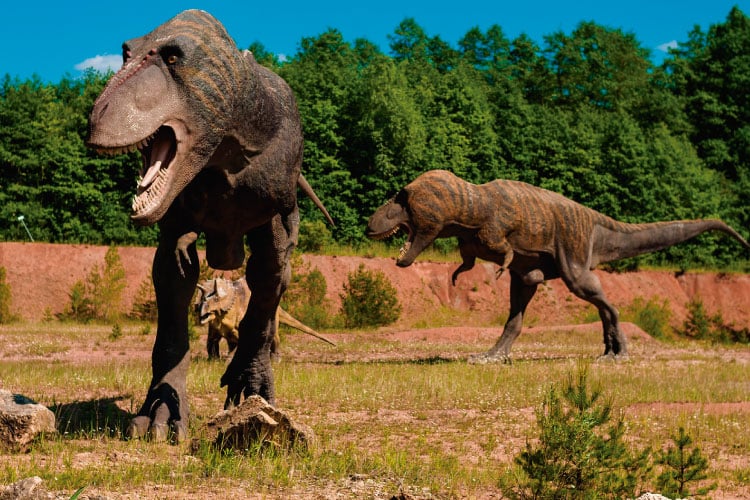 Imagine if you will, a lush prehistoric jungle near a vast ancient sea. Here, larger-than-life creatures roam, leaving behind fantastic dinosaur footprints that will last for millions of years. The evidence of these journeys taken before time can be found in the high plains of Bolivian Andes.

Millions of years ago, the area where Bolivia is now was at a much lower altitude, and on the shores of a vast ocean. During this time, the Mesozoic Era, dinosaurs roamed the land. They left their enormous footprints behind in the sediment, which then hardened into stone. Much later, thanks to tectonic plates shifting, what was once sea-level rose to 2,600 meters, or 8,530 feet above sea level, taking these footprints up high into the Andes.

Just outside Bolivia’s capital city of Sucre, you can visit the world’s largest collection of dinosaur footprints. These footprints were discovered in 1985 by a local cement company, which found them while quarrying stone in the area. Here, there have been footprints from around 15 different dinosaur species, including Sauropods, Titanosaurus, and the mighty Tyrannosaurus Rex. After this finding, the work was halted so scientists could come in and study the footprints and surrounding areas.

Along with the quarry park area, there is also a museum where you can see life-sized statues representing the dinosaurs that once roamed South America. Here you can also learn more about these impressive creatures, as well as how the wall was formed in such a way that the footprints were preserved for nearly 70 million years. 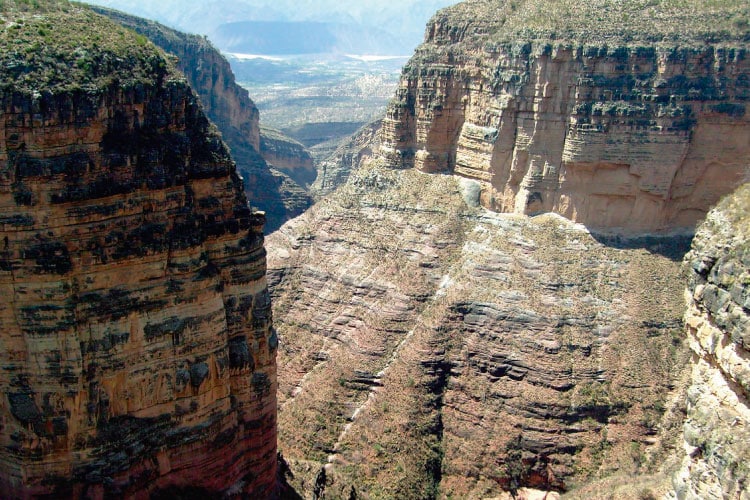 If you’re looking for a bit more adventure to see your dino footprints, Bolivia’s Torotoro National Park is a great option. This option is more isolated – the drive from the city of Cochabamba to the small town of Torotoro is approximately five hours along bumpy, dusty roads. The journey is worth it for the spectacular and surreal landscapes created by wind and glacial erosion, as well as the fact that it was once at the bottom of the sea. While a visit to this national park is a treat in itself, the real treasure at the end is the collection of dino tracks that criss-cross the park.

Here, you will find dinosaur prints from our friends from the Cretaceous Period, between 145 million and 66 million years ago. Both bipedal and quadrupedal dinosaurs made their way across these lands, which were lush grazing lands at the time. You can see the difference between the pointed-toed carnivores and their rounded-toed herbivore prey as you wander through the canyon.

Equally delightful is the town of Torotoro itself and the pride its people take in their backyard. On the surface it looks much like any other small South American town, but dotted with dinosaurs, culminating in a gigantic Tyrannosaurus Rex in the main plaza.

Some things from our childhood never leave us, one of which is the awe and mystery surrounding these immense, ancient animals. So whether you are interested in a short drive, or a longer adventure, all dinosaur lovers can visit this evidence of our prehistoric past. And no matter what stage of life we are in – child, teenager, or adult – we can all enjoy learning more about our favorite dinosaurs.