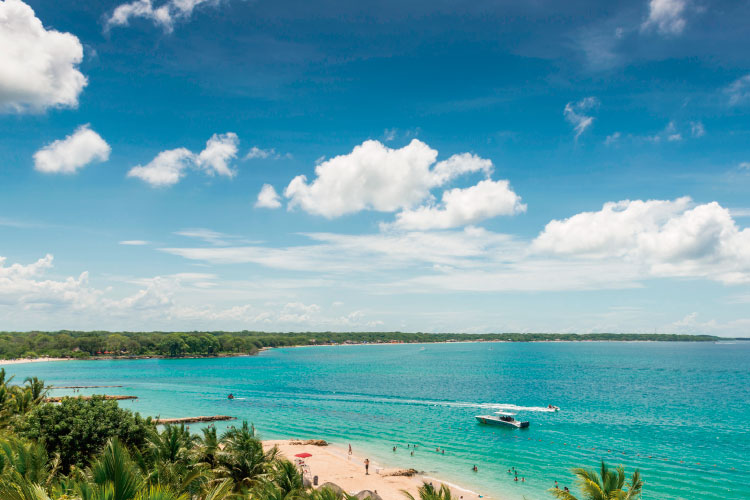 Colombia’s coastline is a beach lover’s playground. Its 1,800-mile (2,900-km) coast splits almost evenly along Panama’s border, hence Colombia’s nickname “The Gateway to South America.” The northern Colombian coast meets the Caribbean Sea’s lively waters, while the southern coast runs along the wild Pacific Ocean. And this unique feature of joining two distinct seas into the same coastline makes Colombia one of the most diverse countries on earth.

Visitors looking to spend some quality time sand-dusted, sun-kissed, and ocean-sprayed have their pick of excellent beaches. Let’s explore five of Colombia’s most exciting beach regions, from a vibrant Caribbean city to a coveted National Park, a surfer’s paradise, and a desolate coastal desert! 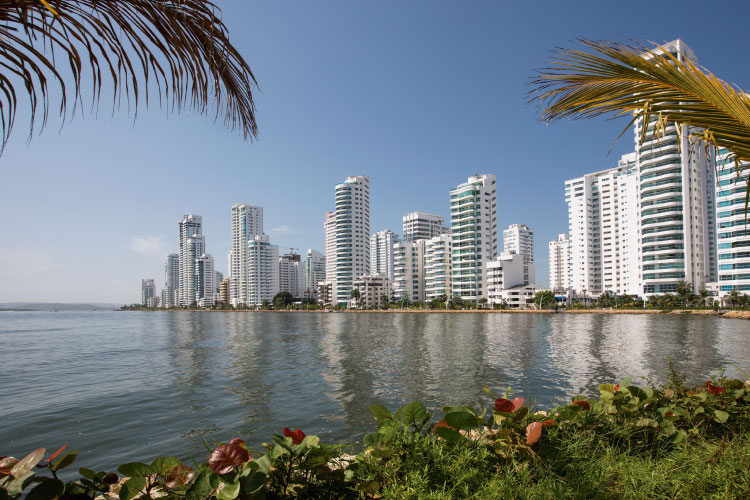 Cartagena, Colombia, known as its “Jewel of the Caribbean,” has quickly become one of the country’s premier tourist hotspots, and with good reason. Including the lingering presence of pirates, a real-life walled fortress, and charming architecture, this city is anything but your ordinary beach town; however, its beaches will also surely take your breath away.

Considering the robust list of beaches in the Cartagena city limits and just outside, it’s hard to know where to spend your precious time. You have beaches like Punta Arena and Tierra Bomba about 10-15 minutes from Cartagena’s mainland by boat. These are great options if you want to escape the city bustle for the day. If you prefer to stay close to the mainland but still escape the tourist crowds, consider La Boquilla – a local favorite just a few kilometers east of the Old Town. The one beach tourists and locals can agree on is Playa Blanca, about an hour’s drive from the city and one of the most jaw-droppingly beautiful in the entire region. 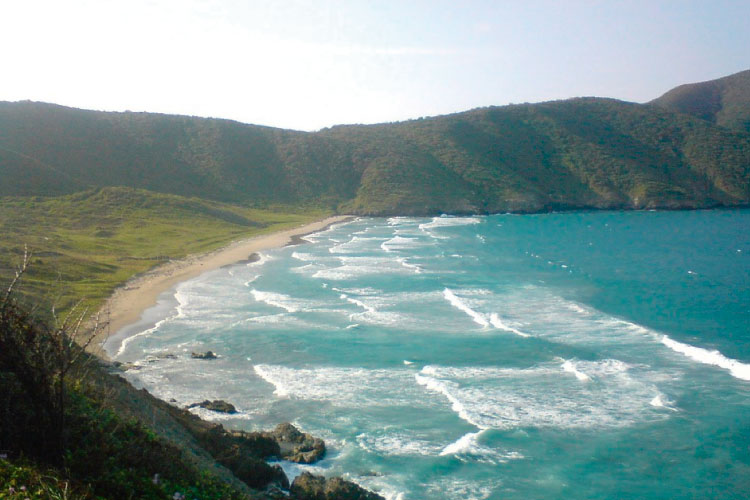 Following the Caribbean coastline further north, and you arrive in the spectacular Tayrona National Park. The park borders the edge of the Sierra Nevada de Santa Marta mountain range – aka the highest coastal mountain range in the world! Here sky-high palms line the beach edge alongside the Caribbean’s aquamarine glimmer and to the backdrop of lush jungle.

Some individual beaches worth making time for are the famous Cabo San Juan and La Piscina and the more tranquil Cañaveral and Playa Cristal beaches. 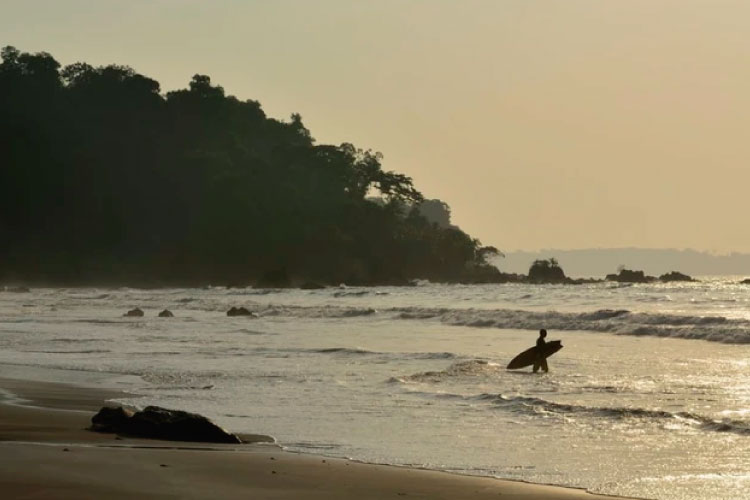 Surfers looking for the best waves on Colombia’s Pacific Coast flock to Nuquí; you can easily get there via a quick plane ride from Medellín! Unofficially known as a home base for surfers, due to its plethora of beaches for all levels, Nuquí also maintains its small-town charm. There are plenty of other reasons why the beaches of Nuquí are worth a visit. Nuquí is an excellent spot for the whole family! You can go whale watching, fishing, scuba diving, and bird watching in the incredibly biodiverse tropical rainforest. 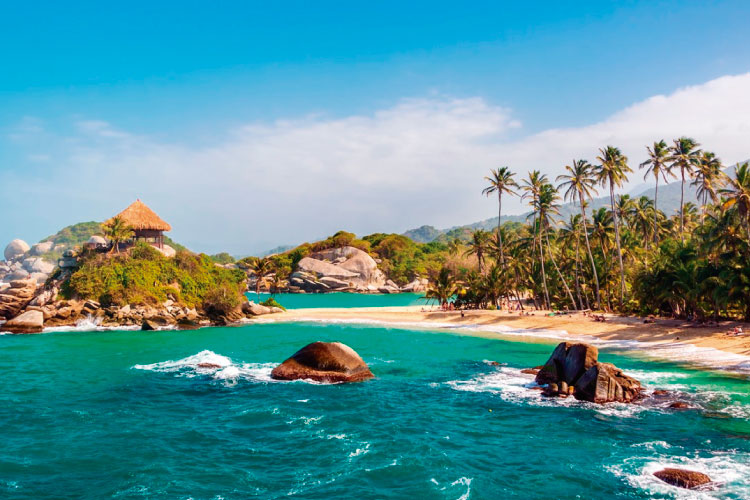 Much like Peru’s coastal desert, La Guajira along the Caribbean Colombian coast boasts impressive sand dunes and an ethereal beauty all its own. One of the most popular beaches in La Guajira is Taroa Beach due to its towering dunes crashing into the Caribbean. Cabo de la Vela Beach offers the best swimming and kitesurfing spot due to the remarkably calm and warm water. Whereas Punta Agujas Beach in the northern tip of Guajira provides the best sunsets.

With these and countless more, Colombia offers an out-of-the-box beach holiday. The diverse microcosms of ocean life and geographic features allow you to immerse yourself in the true majesty of land meeting sea. Contact us for more information on maximizing your time in Colombia and including the beach hub that suits your travel style.