Eternal Spring Returns How Medellín Overcame Its Dark Past 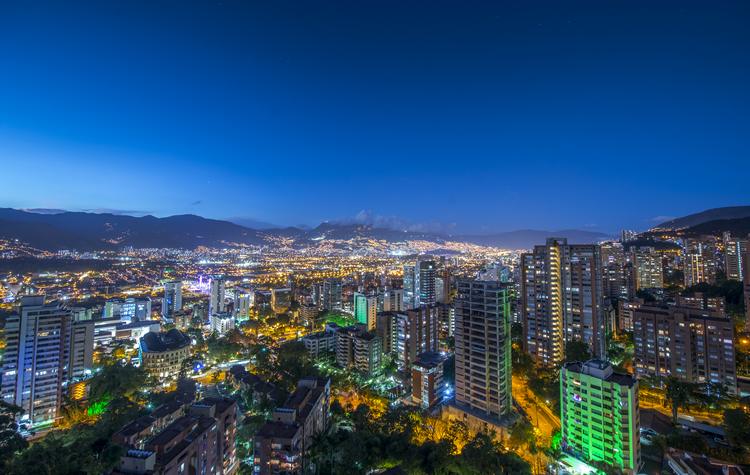 Medellín, Colombia, is known as the City of Eternal Spring. The year-round sun, beautiful foliage, and balmy temperature of Medellín make it a destination worthy of a wander. However, a mere ten years ago, the handful of tourists who ventured to Colombia steered clear of  Medellín. And just under thirty years, well, forget about it! The name Pablo Escobar successfully put a stain on Medellín’s reputation as one of the most dangerous places on earth. But despite its tumultuous past, Medellín now represents one of the most innovative cities in the world. Eternal spring has returned to the heart of Medellín in more ways than one, making it an exciting addition to your South America travel bucket list.

The Birth and Death of the Medellín Drug Cartel

With hit series like Netflix’s Narcos, the Medellín drug cartel’s intricacies have become widely known. But a quick refresh tells us the following:

From the early 70s into the early 90s, the Medellín cartel had the U.S. and global cocaine markets under its thumb. Making roughly $100 million a day, the immense economic power concentrated in the cartel allowed Escobar to corrupt several Colombian police officers and politicians through the years.

This cocaine trafficking empire took off in the 70s on the heel of the higher demand for psychoactive drugs in the United States. Escobar had already made a name for himself as a successful businessman and local hero to Medellín. He also donated large sums to underserved neighborhoods and children in need. So, as a businessman at that moment in time, Escobar decided to capitalize on the growing desire for cocaine. He began to not only grow the coca plant in Colombia but also refine the crude coca paste into powder. Mules then carried the drug into the United States on their person. Eventually, he incorporated experts in flight trafficking (Carlos Lehder and George Jung) into the cartel, so they could exponentially smuggle more cocaine at a time.

The cartel continued in this manner, growing, evolving, and adapting in their smuggling techniques, as they started to gain international attention. This was especially true as soon as the cartel’s crimes unrelated to drug trafficking came to light. It is unclear how many lives they took. But the estimate is around 4,000, most of whom were police officers, members of rival cartels, journalists, Colombian political officials, and judges.

After many theatrical maneuvers on Escobar’s part (such as orchestrating his surrender to a luxury prison of his own design, which he then easily escaped), the U.S-funded Colombian paramilitaries were finally able to track his location and assassinate him in 1993. At this point, there were many others at the Medellín cartel’s helm, but Escobar’s death signaled the beginning of the end.

Escobar began as a hero to Medellín residents, and by the time of his death, he had become their worst villain. After reconciling this fact, and their deep trauma in the aftermath of so much violence, Medellín residents began to heal.

They began this healing process and restored their sense of pride through innovative and successful public projects. Such as their pristine and highly organized metro system, one of the first public projects to go up in the aftermath of the drug wars in 1994. The Medellín Metro remains one of the world’s best public transportation systems.

Following the metro, the cable cars went up, along with inspiring innovations like the unique air-purifier disguised as a tree called eco-árbol. You can also bare your soul and shed your shoes in Barefoot Park, surround yourself with hundreds of orchids at the Orquideorama, and frolic in the Plazoleta de Esculturas amongst twenty-three of Fernando Botero’s masterworks. With these projects and countless others, Medellín slowly but surely became interconnected once again.

The now-faded memory of the Medellín drug cartel has not dampened Medellín’s spirit; because after all, with spring comes rebirth.