5 Top places to visit in Colombia 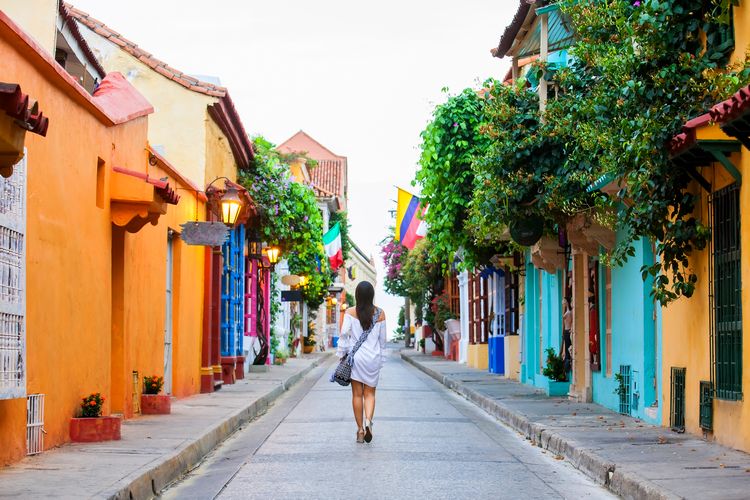 What should I visit in Colmbia? But isn’t it fairly dangerous? Not anymore!

As a tourist destination, Colombia brings so much to the table for practically every type of traveler and has come such a long way since its dark drug war past of the eighties and nineties. With Escobar and his associates another ghost in Colombia’s collective memory, a trip to the “Gateway of South America” is now in order. Let the following interest-based guide spark some excitement about this country now on the cutting edge of tourism.

1. For the Adventurer and Nature Enthusiast: The Lost City 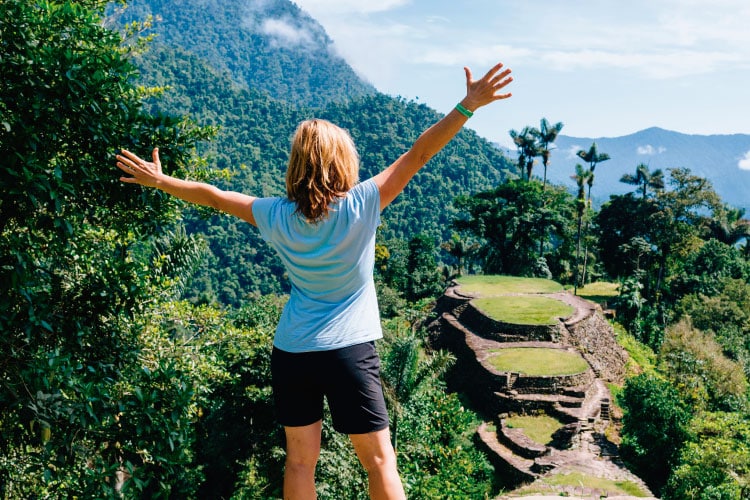 outConstructed in about 800 A.D., Colombia’s Ciudad Perdida (Lost City), predates one of the most renowned ancient citadels, Machu Picchu. The city’s true name is Teyuna, given by the Tairona people. However, it was renamed “The Lost City” when looters pillaged the area in 1972. The settlement comprises a collection of miraculous plateaus and meticulous stonework shooting out from the dense jungle and mountain terrain of the Sierra Nevada de Santa Marta Mountain range. Sitting at 5,000 feet above sea level, The Lost City is something to behold.

Unlike the road to Machu Picchu, which you can either hike or traverse by train and bus, the Lost City only offers one form of arrival: trekking 46 kilometers round-trip! This journey isn’t for the faint of heart, and you must be in top physical condition to take it on; however, it is the adventurer’s dream trail.

2. For the Coffee Lover: Salento and Cocora Valley 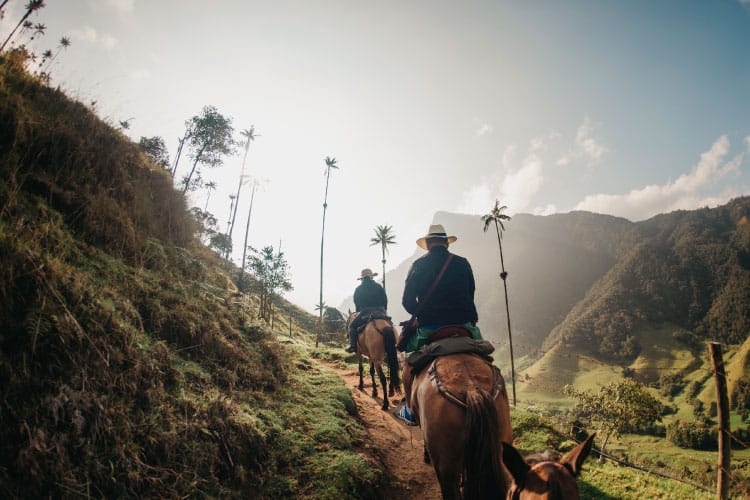 Although Colombia is internationally known for its quality coffee, you won’t be able to find their freshest coffee just anywhere in the country, because so much is exported. Therefore, if you are anxious to try some of the best Colombian coffee while physically in Colombia, you will want to head down to the Coffee Triangle.

The departments of Caldas, Risaralda, and Quindio make up the Coffee Triangle. Within the department of Quindio, you will find the lovely little town of Salento. With its quirky and colorful architecture, hip restaurants, and coffee tours abound, you will be able to instantly dive into Colombian coffee culture. You can also make the quick day trip to Cocora Valley known for its surreal 200-foot tall wax palms.

3. For the History Buff: Bogotá 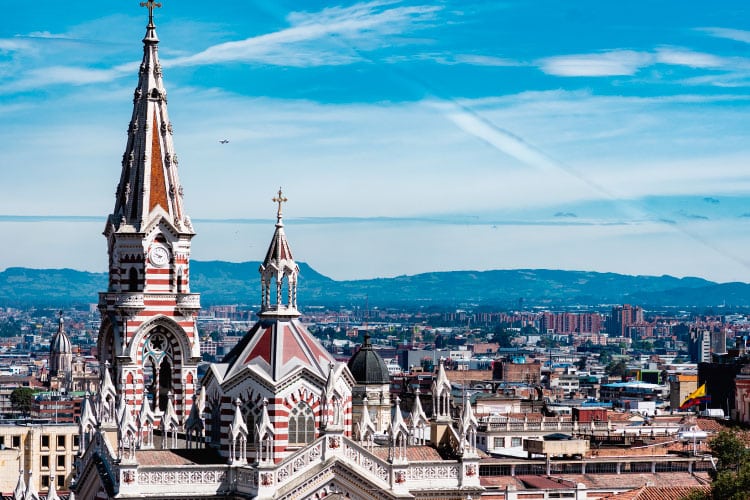 As Colombia’s capital and gateway city to the rest of the country, you will most likely fly in and out of Bogotá on your international flight. Do consider staying a few days on the front or tail end of your trip to dive into the heart of Colombian history and culture.

In Bogotá’s historic center, La Candelaria is where you will find an impressive collection of museums and quaint cobblestone streets and government buildings. Some noteworthy museums are the Museo del Oro, the Botero Museum, the National Museum, and La Casa de la Moneda. If you are more anxious to glimpse Colombia’s living culture, head to La Quinta Camacho neighborhood. La Quinta Camacho is full of Victorian-style homes converted into chic boutiques, microbreweries, and restaurants.

4. For the Avid Beach Goer and Foodie: Cartagena 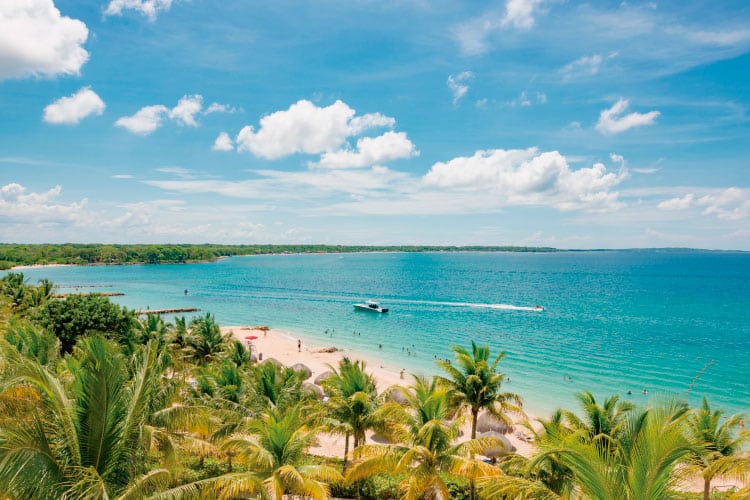 Cartagena is one of the most visited cities in all of the Americas, and in the heart of Colombia’s Caribbean coast. Considering Cartagena was also a crucial trade city during Spanish rule, you will find pristine examples of colonial architecture sprinkled through the now modern-day city. In part, this is why Cartagena was named as a UNESCO world heritage site, with impressive monuments such as the magnificent fort of Castillo San Felipe de Barajas.

Some of Colombia’s most breathtaking beaches and best restaurants also happen to be in Cartagena. Make sure to make the trip to the Rosario Islands and Playa Blanca for some fun in the sun and sand. For foodies traveling in Cartagena, you will find everything from fine dining to authentic fare to innovative fusion. Make sure to check out Marea by Rausch, La Cevichería, and La Mulata for a taste of all three!

5. For the Artist and the Innovator: Medellín

Instead of treating their violent past as a skeleton in their closet, Medellín officials have done a fantastic job incorporating transparency into their reconstruction and eventual tourism pitch. In fully acknowledging Medellín’s violent past, they were able to move on and move forward into a bright future, and now exciting present. Medellín was even dubbed “Innovative City of the Year” by Wall Street Journal, Citi, and the Urban Land Institute.

Wandering Medellín, promises glimpses of Colombia’s entrepreneurial spirit and artistic energy pulsing in the emblematic statues of Fernando Botero and futuristic installation of Parque de las Luces. In addition to all the vibrant sights and sounds of the city itself, you can also take the easy day-trip to Guatapé. Guatapé is a teeny town about two hours outside of Medellín, most known for a 740-step staircase built into a giant rock face called El Peñol. Climb to the top for the most spectacular vista of Guatapé Lake’s translucent teal water below.

Don’t let the old ghosts of the Medellín and Cali cartels dissuade you from the trip of a lifetime in Colombia’s multifaceted cultural and natural landscapes!