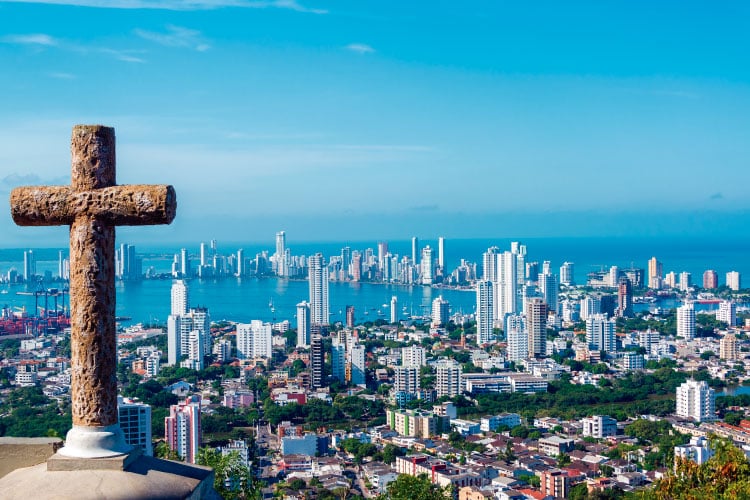 Picture a place brimming with pirate lore, towering fortresses, winding cobblestone streets, vibrant architecture, the freshest seafood, wandering salsa melodies, and a crisp salty breeze. All of these elements, and more, await you in the Caribbean Jewel called Cartagena! Here is just a sampling of the countless reasons why Cartagena, Colombia should secure its place on your travel bucket list: 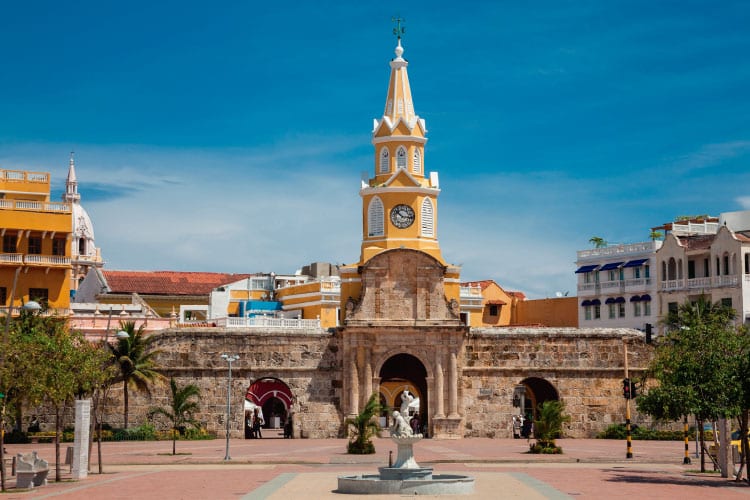 Gold was king in the colonies, and Cartagena its palace. Serving as the principal Spanish port and storehouse of gold on the Caribbean Coast in the 16th Century, Cartagena inevitably fell victim to buccaneer plundering. Over the 16th and 17th centuries, a large percentage of what the Spaniards took from the indigenous populations was, in turn, stolen back, in karmic fashion, from true-life pirates of the Caribbean… that is until the walls went up.

In addition to its many charms, Cartagena claims a multitude of nicknames. The Walled City became one of them after the Spaniards fortified the port with walls a whopping twenty meters thick and eleven kilometers long. This section of modern-day Cartagena, now known as “The Old City,” harks back to a time of shipwreck glory and walking the plank. Meandering alongside these larger-than-life stone palisades will transport you to this exact moment in Cartagena’s history, and allow your imagination to run wild! 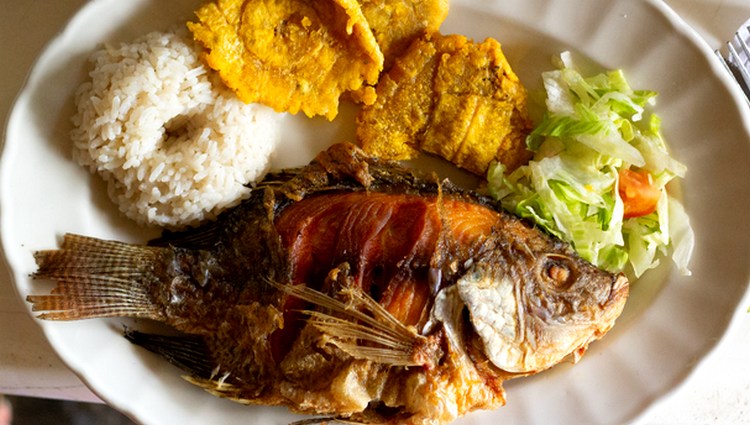 Once Colombia became a safe and available destination option, news started immediately buzzing about Colombian cuisine. This was especially true of innovative dishes, like sea bass carpaccio, coming out of Cartagena. In many tourist and local circles alike, Cartagena wins the title of the best food in Colombia.

If you’re a foodie, you have your pick of wildly original yet authentically satisfying restaurants in this Caribbean coastal wonderland. Considering the waves of immigration to Cartagena after Colombian independence in 1819, many local restaurants bring together Colombian, Italian, French, Turkish, Lebanese, and Japanese traditions.

Most restaurants in Cartagena spotlight a catch of the day, and rotate only the freshest seafood; La Cevichería is no exception. Or if fish isn’t your thing, there are plenty of delectable Italian-Caribbean fusion restaurants. Such as Pizzeria Aguanile, known for their daring pizza toppings and overflowing pasta dishes. 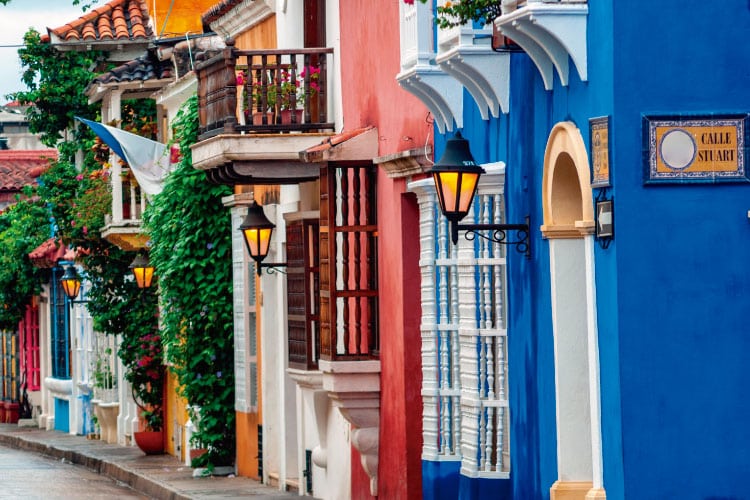 But the colonial buildings themselves shouldn’t take all the credit for Cartagena’s stunning architecture. This historic city is also sprinkled with more intricate features, like the incredibly ornate lion, seahorse, mermaid, and lizard doorknobs. Every shade of the rainbow paints the town, often more than one color gracing the same house. The happy frivolity of these pops of color and quirky doorknobs is absolutely contagious. 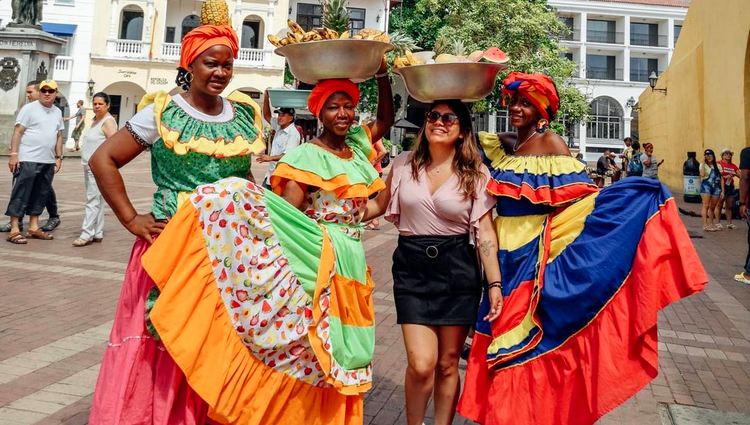 Cartagena embodies Colombian artistic heritage from before the colonial era into modern-day expression through goldwork, sculpture, music, and dance.

The Zenú Gold Museum houses some of the most spectacular gold craftsmanship from the Quimbaya and Zenú cultures pre-dating the Spanish conquest. And in the Santa Domingo Plaza, you will find one of Fernando Botero’s most famous sculptures: “La Gordita.” Salsa and Cumbia sounds dominate Cartagena’s bars and streets, as do numerous folkloric and imported dances alike. Some of the former include Bambuco, Porro, and Mapale, while the latter represented in the ubiquitous Salsa and Merengue!

Discover the unbridled magic of Cartagena for yourself during your bespoke trip to Colombia!