Visit Arequipa: A Complete Guide To The Breathtaking White City Arequipa beguiles visitors with its year-round sunny climate, traditional homestyle cooking, and beautiful architecture. Peru’s second-largest city is filled with low Baroque-style buildings, thus giving it a European flair; in fact, little remains of Arequipa’s pre-Incan and Incan settlements. Visit Arequipa and stand in awe of the watchful gaze of the nearby Misti volcano, ever-present and an iconic piece of Arequipa’s landscape.

A type of white volcanic rock, called sillar, was used in the construction of many of the city’s buildings in the 17th and 18th centuries, earning Arequipa the nickname “the White City.” An easy urban stroll will lead you to colorful monasteries and breathtaking viewpoints; meanwhile, hearty lunches at generational picanterias can fuel excursions to massive canyons and volcanoes. Let’s take a closer look at some of the top attractions to see during your customized visit to Arequipa. A stroll through the city’s historic center reveals flowering vines, half-hidden courtyards and attractive public squares. Arequipa’s main square, Plaza de Armas, is a colonial-era masterpiece and UNESCO World Heritage Site. A three-tiered fountain surrounded by palm trees sits at the center of this picturesque square. Lined with arched colonnades, the square is bounded on one side by the cathedral, its delicate spires reaching up toward the sky.

The city’s main square is ideal for observing the sillar buildings so iconic of Arequipa. The white volcanic stone’s soft, pliable consistency allowed architects to design buildings with intricate carvings. Quite soft and easy to work with, sillar allowed architects to execute incredible carvings and it takes paint pigment quite well, so painted buildings have rich and vibrant colors.

– Tour Santa Catalina Monastery, A City Within A City No visit to Arequipa would be complete without seeing the impressive Santa Catalina Monastery. Called “a city within a city,” this 16th-century monastery spans several blocks through the center of Arequipa. As a result of several reconstructions carried out after earthquakes, the building features a number of different architectural styles. A hush seems to fall over visitors as they pass under an arch carved with the word “silencio.” The monastery includes a compelling mix of winding passageways, peaceful courtyards and Spartan apartments where nuns once lived.

The monastery provided a cloistered sanctuary for nuns for centuries before being opened to the public in the 1960s. The remaining nuns moved into a modern building, hidden from visitors. Although their old apartments were extremely simple– furnished with one or two chairs, a bed, a table and crucifixes– many nuns came from wealthy families. A dowry of 2,400 silver coins was required to enter the convent, which would amount to more than $150,000 today. There were times when the convent housed more servants for these well-off women than actual nuns. Another unique attraction in Arequipa is the ice-mummy, Juanita, housed in the Museum of Andean Sanctuaries. Discovered on the top of Mount Ampato in 1995, Juanita was a noble Incan girl who was sacrificed between 1450 and 1480. Her body, and those of two other children, were offered to the Incan gods to end a drought or famine, and buried on the mountain top. The freezing conditions caused Juanita’s body to remain in remarkably good condition with her skin, hair and clothes intact. She remains preserved in a special cooling case at the museum.

In addition to Juanita herself, the museum includes other surprisingly poignant exhibits dedicated to her life and death, including a cloak buried with her body that was believed to have belonged to her father. Arequipa also offers a range of thrilling activity possibilities for adventure enthusiasts. The town sits in the shadow of the imposing El Misti Volcano, which rises to 19,101 feet (5,822 meters) above sea level.

There are two routes, called Pastores and Aguada Blanca, leading to the summit of the volcano. Visitors can hike to its peak, as well as camp along its sandy slopes.  If summiting a volcano is not your idea of adventure travel, Arequipa is a great base for plenty of other adrenaline-heavy activities. Even just 20 minutes outside of the city center one can go river rafting upon the local Chili River or, a bit further out, trek Colca Canyon (described below).

– Trek Down One Of The World’s Largest Canyons Arequipa is the main access point for excursions to the Colca Canyon, which is located 100 miles (160 kilometers) northeast of the city. Colca is more than twice as deep as the Grand Canyon, dropping down a steep 10,725 feet (3,270 meters). One of the top destinations in Peru, private tours of this canyon can consist of single or multi-day treks.

There are various routes to explore Colca Canyon and you will definitely want to go with a guide so as not to get lost. Watch your footing as you make your way down, but be sure to stop every now and then to not only appreciate the view but also for the chance to spot the majestic Andean condor, the largest flying bird in the world. On your customized trip to Arequipa, consider setting aside 2-3 days to complete the Colca Canyon hike (including a night or two at the base of the canyon).

If short on time, you can simply drive to a lookout point that peers over the canyon. It’s also possible to see agricultural terraces as well as ancient villages, such as Chivay, which have been inhabited since pre-Inca times.

Wonderful trekking can also be enjoyed around the Cotahuasi Canyon. At 11,004 feet (3,354 meters), it’s the deepest canyon in the world. Single and multi-day tours are available. Learn all about the material that has given Arequipa its nickname, the White City, on a tour of the sillar route. Located in Cerro Colorado, less than 10 miles from Arequipa, this half-day tour reveals one of Peru’s many natural resources: volcanic rock. La Ruta del Sillar (Sillar Route) is important in that it shows the dedication and hard labor of the 50 or so maestros canteros (quarrymen) who continue the work handed down through generations.

Not only will you pass by the quarries from which this white stone is extracted, but you will also be able to observe impressive carved sculptures that appear on the massive rock walls. Having witnessed where the sillar derives and the process of extracting it, you will further appreciate the white volcanic stone buildings so characteristic of Arequipa’s main square. Traditional family-style restaurants that focus on lunchtime dishes of massive portions, picanterías are an essential part of the Arequipeño food scene.  For centuries, these humble establishments have brought together locals of all walks of life to savor one of the few things we all have in common: food.

A fusion of Inca tradition and Spanish influence, Arequipa’s cuisine is distinctive from all other regions of Peru. Some of the stand-out dishes from Arequipa include: rocoto relleno (a spicy pepper filled with meat, veggies and cheese); pastel de papa (a hearty side dish of layers of potato slices bound together by egg, cheese and milk); chupe de camarones (thick soup featuring crayfish and vegetables; adobo (slow-cooked pork stew). All dishes are ideally accompanied by a tall glass of chicha de jora, the fermented corn drink. When visiting a city as scenic as Arequipa, one would hope that their hotel is equally as breathtaking. For an absolute stunner of accommodation, look no further than CIRQA, a Relais & Châteaux hotel located in the historic center of Arequipa. High-vaulted ceilings loom over exquisite interior design and traditional architecture for a truly unique stay.

Situated in a 200-year-old building, the Casa Andina hotel in Arequipa is another prime option for accommodation. The building is considered a UNESCO Cultural Heritage Site. The rooms are fitted with wooden furniture and rustic design yet provide luxurious comfort.

– Visit Arequipa, The White City Of Peru, With Kuoda

Let us help you include a visit to Arequipa as part of your personalized trip to Peru. Luxury tours, off-beat adventure and family-friendly excursions can all be arranged. Contact one of our travel designers to start planning your personalized trip to Peru or visit our Arequipa page for more information about what to do in this fascinating destination. 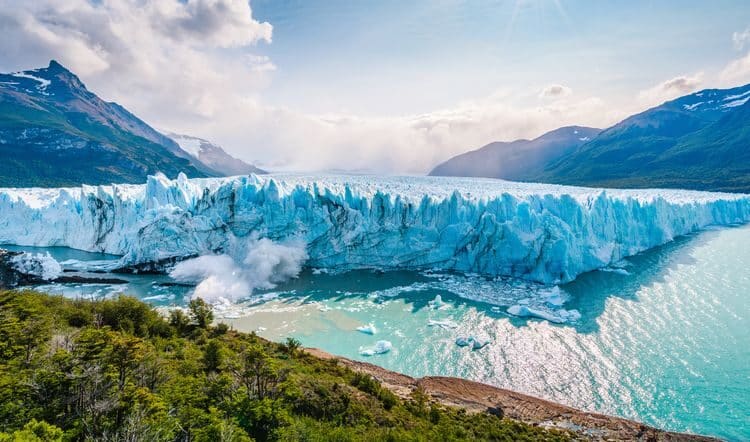