Wanderlust in the Land of Poets Top Five Bucket List Destinations in Chile! 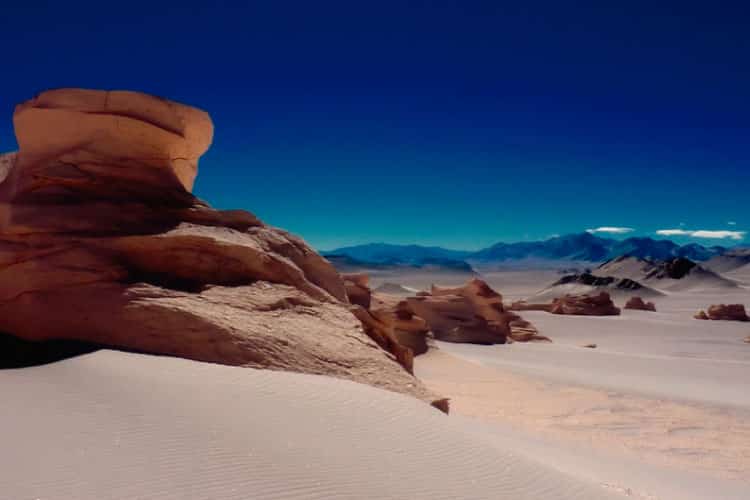 “I grew up in this town, my poetry was born between the hill and the river, it took its voice from the rain, and like the timber, it steeped itself in the forests.” – Pablo Neruda

To visit Chile is to run wild with poetic sentiment, fall in love with extreme landscapes, and commune with natural majesty. Slicing down the left side of South America on the Pacific Coast, Chile claims the longest narrow country on earth. It measures about 2,700 miles long and a mere 114 miles wide, give or take. Chile also houses the driest place in the world (Atacama Desert), and most remote inhabited island (Easter Island). The list of places to see and experience in Chile goes on and on. However, an excellent place to begin is with the following bucket list hot spots, starting in the north and working your way south. 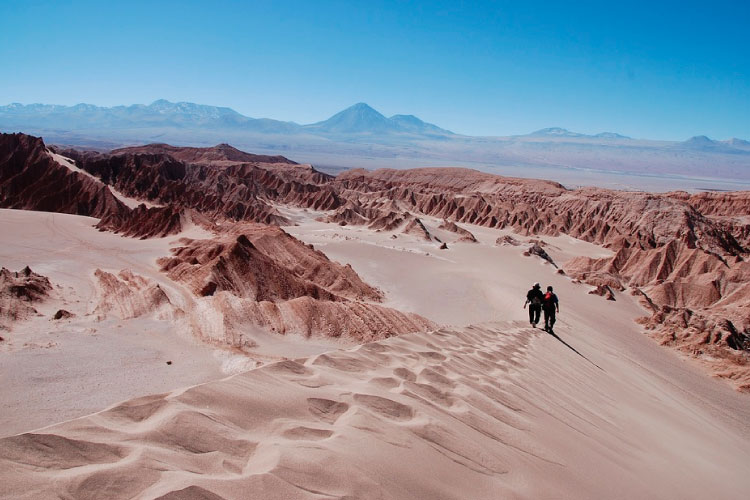 A quick hop, skip and jump from the breathtaking Uyuni Salt Flats, and you are in the driest place on earth: the vast Atacama Desert! Stretching through about 700 miles of Chile’s Pacific coastline, the desert itself reaches to the northern border with Peru. Part of what makes Atacama the driest region on earth is the Peruvian Humboldt Current, which causes the upwelling of icy water leading to thermal inversion on the ocean’s surface. Interestingly enough, much of this arid land originally belonged to Peru and Bolivia but became a point of contention that sparked the War of the Pacific from 1879 to 1883. Why? Because the Atacama Desert is teeming with precious minerals such as sodium nitrate, copper, and sulfur.

Nowadays, San Pedro de Atacama, Chile, still provides a rich source of minerals. However, it has also made a name for itself as an otherworldly tourist destination. Wild landscapes, such as the Valle de la Luna (Moon Valley), cloak the desert in a celestial appearance. Some other ethereal sights include El Tatio Geysers, Valle del Arcoíris (Rainbow Valley), and Las Piedras Rojas (the Red Rocks) that bubble from the ground’s surface like an expanse of naturally occurring cobblestones. 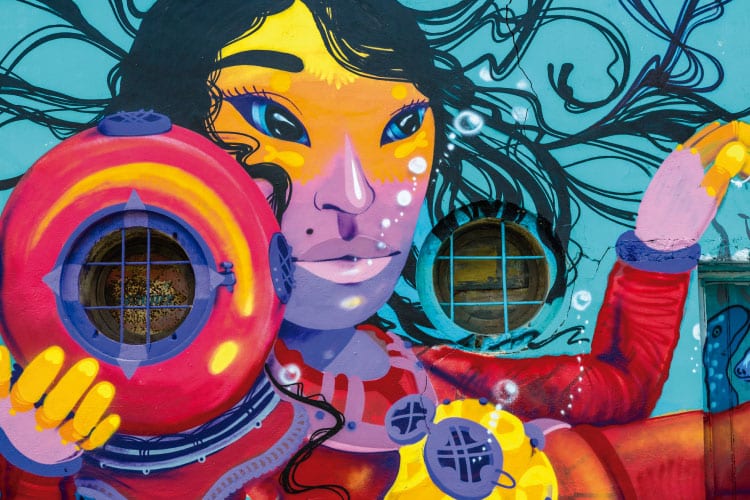 If Cartagena, Colombia, is the Jewel of the Caribbean, Valparaíso, Chile is the Jewel of the Pacific. Located about 75 miles northwest of Santiago’s capital city, the bohemian city of Valparaíso earned its place on UNESCO’s World Heritage list after a citywide revival project in the 1990s. Considering the precarious location near the Nazca and Pacific tectonic plates, Valparaíso has fallen victim to many severe earthquakes. Therefore, its resilient citizens are constantly reinventing aspects of the city’s landscape; this is precisely what makes it such a vibrant hub.

The colorful winding streets, filled with art, life, and history, are one charming aspect of Valparaíso that will never change. Make sure you check out the particularly eye-catching graffiti on Elias, Atahualpa, Miraflores, and Hector Clavo streets. It’s worth mentioning that many of these streets have been built into some pretty steep hills, which prompted the unique implementation of ascensores (elevators or funiculars). These fantastically quirky contraptions represent another Valparaíso monument that has stood the test of time and earthquakes. 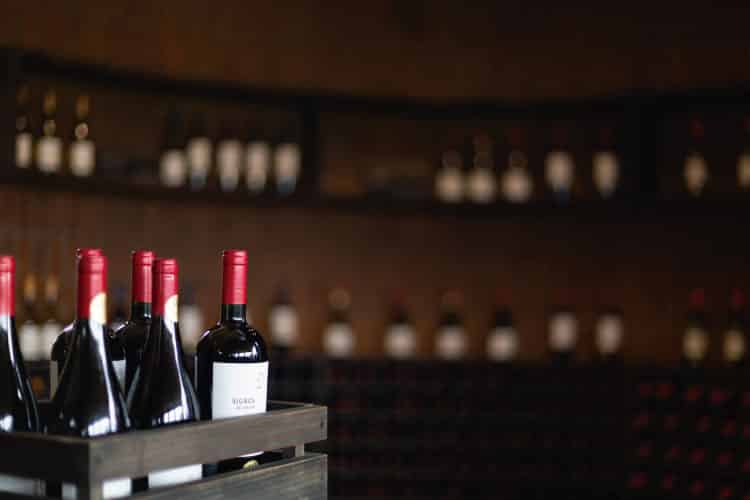 Calling all wine enthusiasts! Did you know that Chilean wines are not only well made and reasonably priced, but also represent some of the very best in the world? The Pacific coast encloses Chile’s territory on the western border, while the Andes Mountain range marks its Eastern border. This makes for ideal geography and temperature (never too hot) to cultivate grapes due to the cool breeze traveling from east to west and back.

You could easily take a multi-week trip through Chilean wine country alone, or take a quick multi-day trip from Santiago. Either way, there is an incredible depth to the peaks and valleys of this region and many incredible vineyards. The Maipo Valley, just south of Santiago, remains the principal producer of Cabernet Sauvignon. In contrast, the Aconcagua Valley north of Santiago is known for its variety of reds, including Merlot and Syrah. If you want a more Mediterranean feel, you should head to the Cachapoal Valley, only about 50 miles south of Santiago at the base of the Andes Mountains, and producer of french Carménère. And three new valleys on the Chilean wine scene include San Antonio Valley, Casablanca Valley, and finally Colchagua Valley. 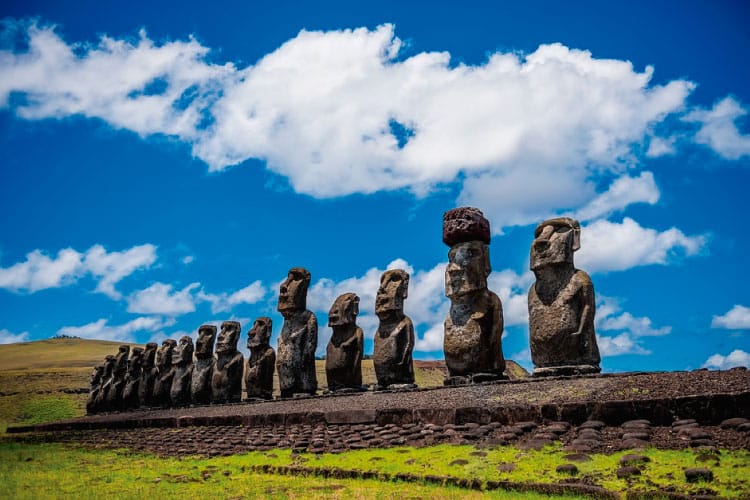 The triangular landmass known as Easter Island lies more than 2,000 miles of Chile’s coast in the South Pacific Ocean, translating to a five-hour and forty-minute flight. The flight may be long, but it’s well worth the journey. Easter Island completes the Polynesian triangle in the farthest eastern corner. However, it became part of Chile after the Rapa Nui people signed an annexation treaty with the Chilean government in 1888. At the time, Chile wanted to acquire the island specifically for raising sheep, however as tourism to South America started booming, the giant moai statues became the main attraction.

The 887 moai figures measure between six and seventy feet tall. The skilled stone carvers who built them between 1400 and 1650 A.D. belonged to a privileged class within Rapa Nui society. They carved the giant humanlike statues from volcanic tuff on the interior of the three volcanic craters on the island. They only moved them out of the crater once they perfected the figure. How they moved them, however, remains a mystery to this day. 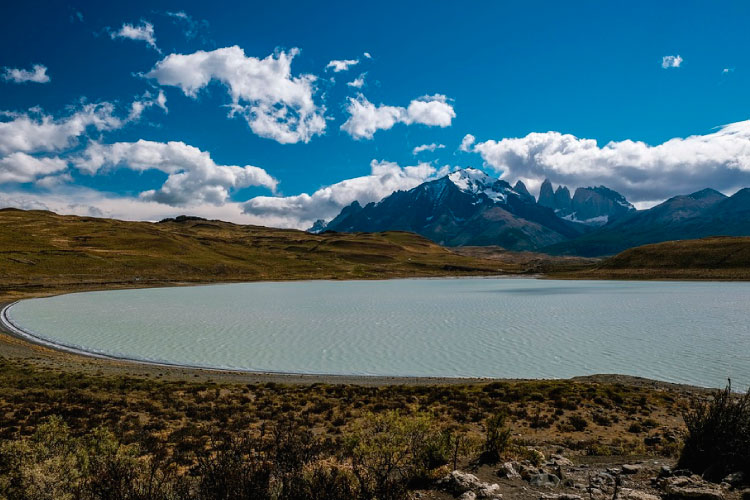 Chile and Argentina share the geographic region of Patagonia, and each country offers unique elements within its unbridled natural wonderland. On the Chilean side, some especially noteworthy spots include the Lake District featuring Puerto Varas, The Carretera Austral, The Southern Fjords, and last but certainly not least, the Torres del Paine National Park.

Torres del Paine remains one of the most jaw-droppingly beautiful national parks in Patagonia, and arguably in the entire world. You can let your inner adventurer out to play on the famously challenging and rewarding W Trek, and get up close and personal with the Grey Glacier.

Chile indeed has many commonalities with other South American countries regarding geography, history, and culture. However, these five areas are what make this destination stand out from the rest. Bolster your bucket list and start planning your bespoke trip to the Land of Poets!