¡Qué Pintudo! The Most Beautiful Sights of Bolivia 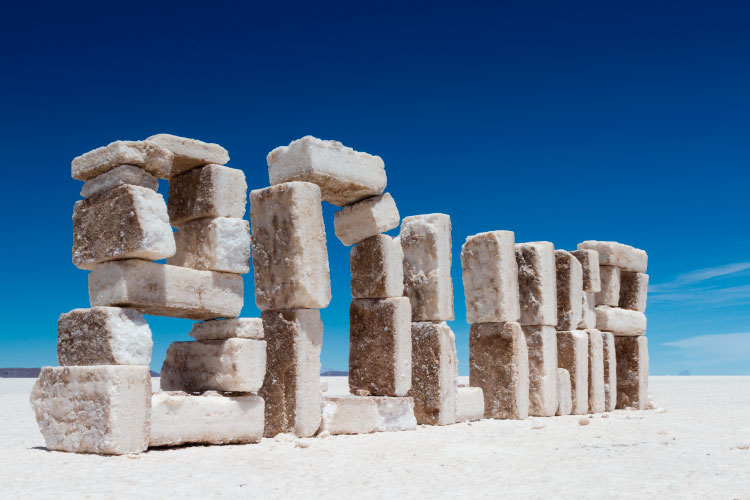 Known as the “Tibet of the Americas,” Bolivia claims some of the world’s highest inhabited areas. The Tiahuanaco people created one of the earliest known civilizations in the Andean Altiplano (highlands) of modern-day Bolivia. And now the Altiplano comprises some of the country’s most bustling urban areas. Despite the immediate Andean association that Bolivia inspires, the Andes only make up a third of the nation’s territory. So what covers the other two-thirds? The Amazon basin!

Make the absolute most of your customized trip through Bolivia with the following destinations from the Andes to the Amazon. 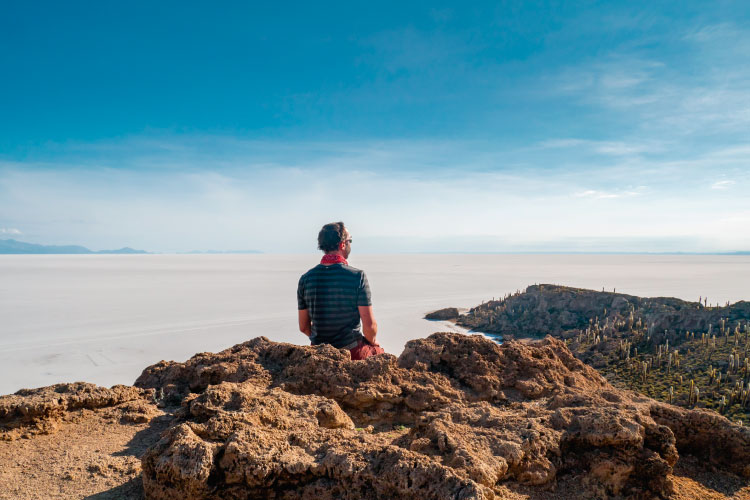 Picture yourself sleeping in a hotel made entirely of salt, surrounded by an expanse of endless sky and surreal barren landscapes that Dalí could only create in his dreams. This is the magic of the Salar de Uyuni in the heart of the Bolivian Altiplano. Covering just about 8,000 square kilometers (3,100 square miles), the Salar de Uyuni is the largest salt flat in the world and the highest at a whopping 12,000 feet above sea level; and the salt flat itself formed through the evaporation of prehistoric lakes. There is no other place quite like it on this planet.

If traveling during the rainy season from December to April, you will experience the sky’s extreme mirror effect reflected in the flooded salar (salt flat). For this ethereal vista, you should consider arriving in March or early April to avoid the torrential rains of December and January. But even if you can’t make the trip during the rainy season, the dry season from May to November also presents an advantage. These months make exploring the farther limits of the salt flat possible, and you will have a better chance of touring the islands that miraculously crop up out of the salty earth. 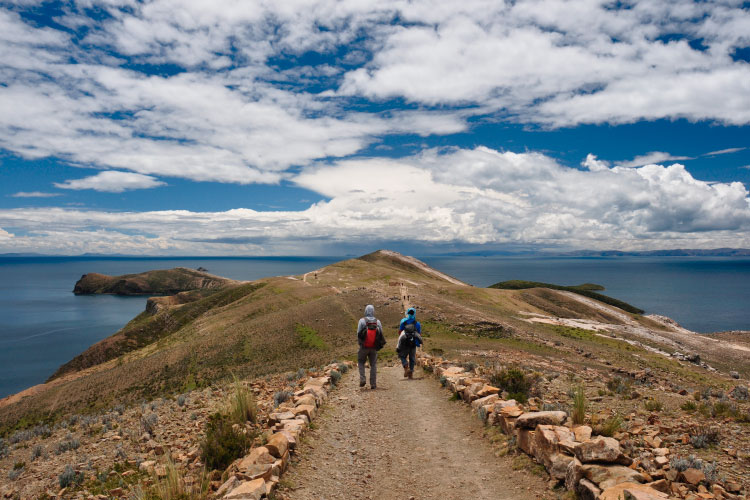 The superlatives don’t stop with Salar de Uyuni, considering the highest navigable lake in the world, Lake Titicaca, can also be found in Bolivia. This magnificent lake shares its shores with Peru to the west; however, many argue that the Bolivian side offers a richer experience.

According to Andean legend, both the Sun and the first two Incas were born on the Isla del Sol (Island of the Sun) on the Bolivian side of Lake Titicaca. You can visit Isla del Sol for just the day, or spend the night in one of the island’s many eco-lodges. Either way, you are guaranteed the marvelous view of the white-peaked Cordillera Real lining the lake’s shores, and a moment to commune with one of the world’s most stunning lakes. 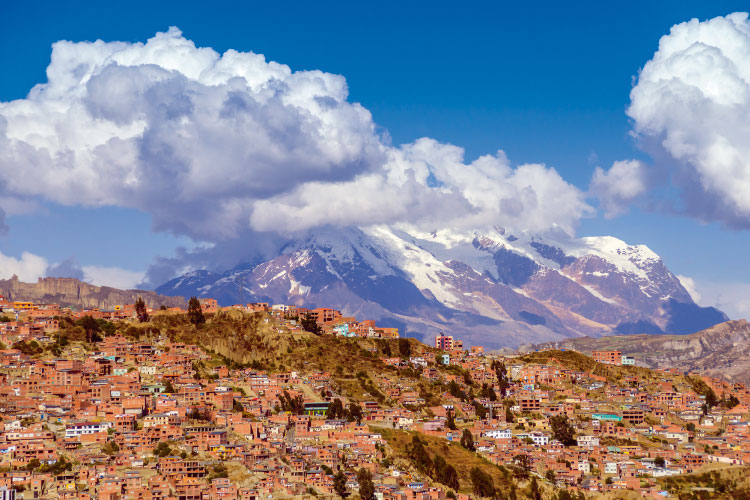 Welcome to “the city that touches the clouds!” La Paz is the perfect gateway for exploring places like Salar de Uyuni (via short flight), the Tiahuanaco archaeological site, and the Moon Valley. It is also a fascinating city to explore in its own right. La Paz shares quite a bit of economic and political power with Bolivia’s capital Sucre to the south. So, wandering La Paz, you will instantly notice the sharp contrast between cosmopolitan city blocks and held-fast Aymara indigenous traditions coursing through the vibrant open-air markets.

You will want to take it easy during your first 24 hours because the city of La Paz lies at 11,940 feet (3,640 meters above sea level), therefore acclimating is crucial. However, once you are ready to adventure, make sure to check out some of the city’s most iconic spots, such as the “witches market,” as well as some of its most up-and-coming, such as the restaurant Gustu. 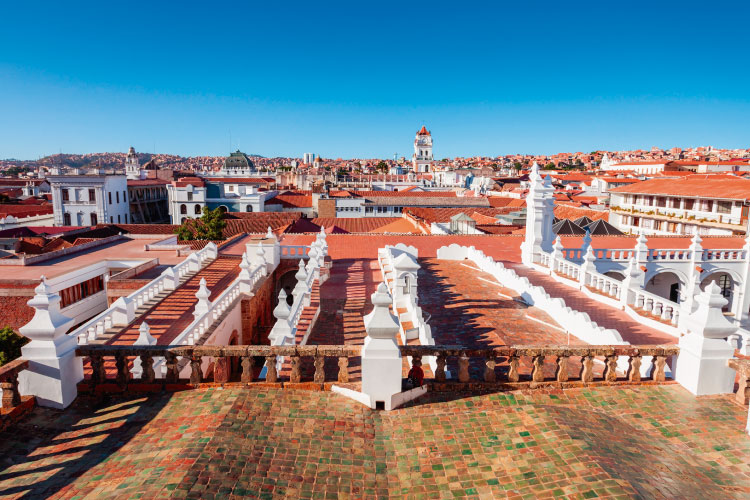 Sucre is not your average capital city. Bolivia’s capital upholds significant historical integrity not only for the nation but for the colonial era throughout South America. It is Bolivia’s sixth-largest city and lies at 9,219 feet above sea level (2,810 meters above sea level). Like the Sacred Valley in Peru, Sucre serves as the perfect stop-over destination to acclimate to the altitude before heading up to La Paz and Uyuni.

While in Sucre, you can marvel at grand colonial architecture, explore colorful open-air markets, navigate beautiful hiking trails, meander through fascinating museums, and visit with dinosaur footprints – the world’s most extensive collection to be exact! On the outskirts of Sucre’s city limits, you can take an easy day trip to check out the 5,055 preserved footprints from about 15 different species of dinosaurs. 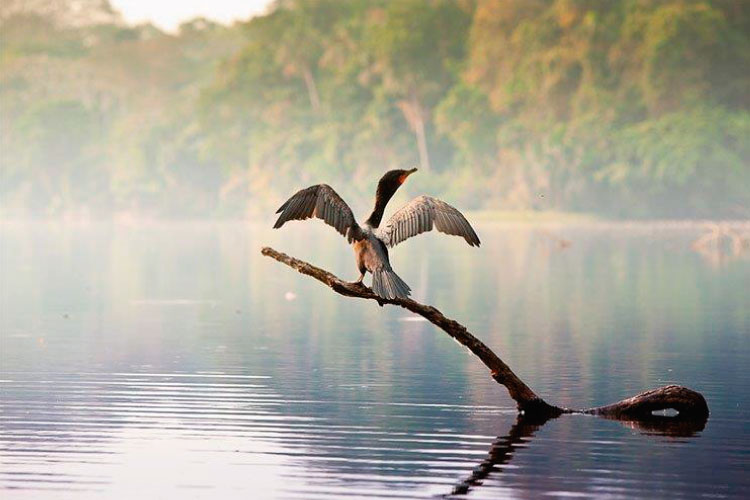 For those who are anxious to see as much wildlife as possible, consider a couple of days in the Pampas. Here, you are sure to catch glimpses of pink dolphins, piranhas, anacondas, spider monkeys, and so much more. The only downside is that you will be sharing those glimpses with many other tour groups, as this is the most popular tour option. So, if you are aiming for more of a rugged jungle experience, you should stay in the Madidi National Park. Exploring the dense flora of Madidi, you might not spy as many animals. However, you will be able to connect with the Amazon’s diverse ecosystems on a deeper level and fall asleep to a jungle symphony.

If you have adopted some local slang by the end of your journey through Bolivia, you might feel compelled to shout ¡Qué pintudo! (How beautiful!), especially after navigating these breathtaking destinations.