Standing in the Middle of the Earth: 8 Must-See Quito Attractions 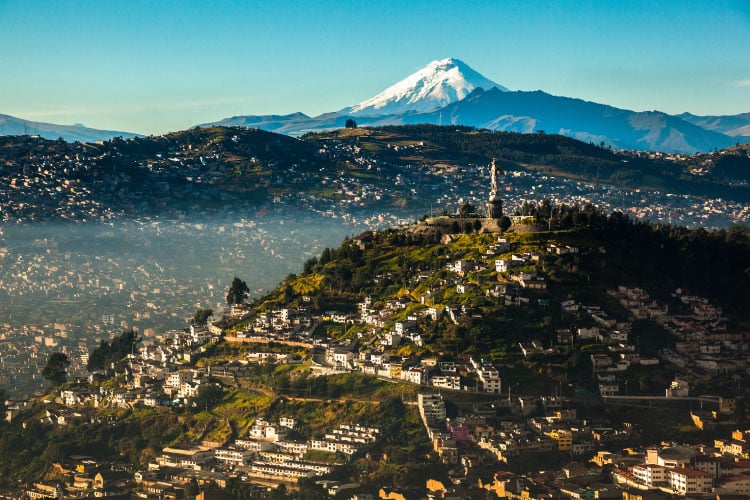 Sure, you’ll most likely fly into Quito at some point during your Ecuador and Galapagos adventure. But is it worth your while spending any substantial time here on the Ecuadorian mainland? We have to shout a unanimous yes! It most definitely is worth your time to explore Quito, and we have precisely eight reasons why.

Sitting pretty at 9,350 feet, Quito, Ecuador, is the world’s second-highest capital city and the closest city to the equator! There are countless things to do in Quito, from touristy to kitsch, to locally coveted, and we cannot recommend the following eight must-see places enough. But the true beauty of Quito is that even the classic tourist spots are distinctly Ecuadorian and 100% unique.

1. Wander the “Middle of the Earth” Monument just outside Quito’s City Center 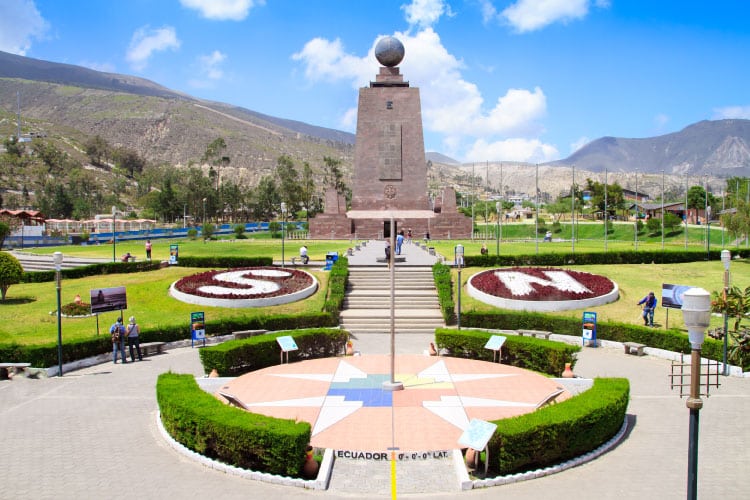 Who wouldn’t want to stand in both the northern and southern hemispheres at the same time? This is just one of the miraculous top things to do in Quito and the only spot in the world where it’s possible. The Ciudad Mitad del Mundo (“Middle of the Earth City”) and monument lies a mere ten kilometers north of Quito’s city center. The monument itself boasts quite a curious history.

The original Equator location was measured in 1736 during a Franco-Spanish Geodeisic mission, and the first monument was subsequently built in that exact spot in 1935. However, considering the advances in GPS technology in recent years, the true 0.0.0 coordinates can actually be found in the private Intinan indigenous cultural museum a few hundred yards from the official monument. So, for good measure, we recommend visiting both!

2. Hitch a ride on the Teleferico 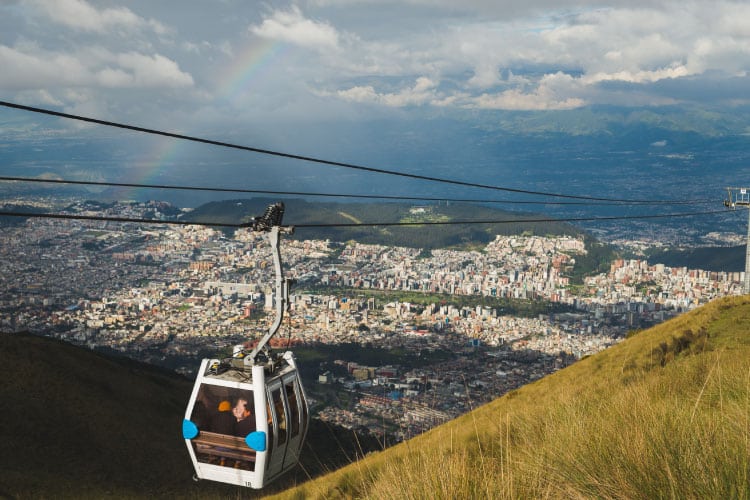 Another fun thing to do in Quito is gliding along the Pichincha Volcano’s eastern flank in a six-person gondola on the famous Teleferico. These Teleferico cable cars bring you another 3,600 feet above Quito’s cityscape, and the unparalleled view attracts both tourists and locals alike.

The full ride lasts about 18 minutes. If you’re an adrenaline junkie, you can take advantage of the many adventure activities at the base of the Teleferico itself. You have your choice of paragliding, horseback riding, mountain biking, mountain climbing, and even camping. 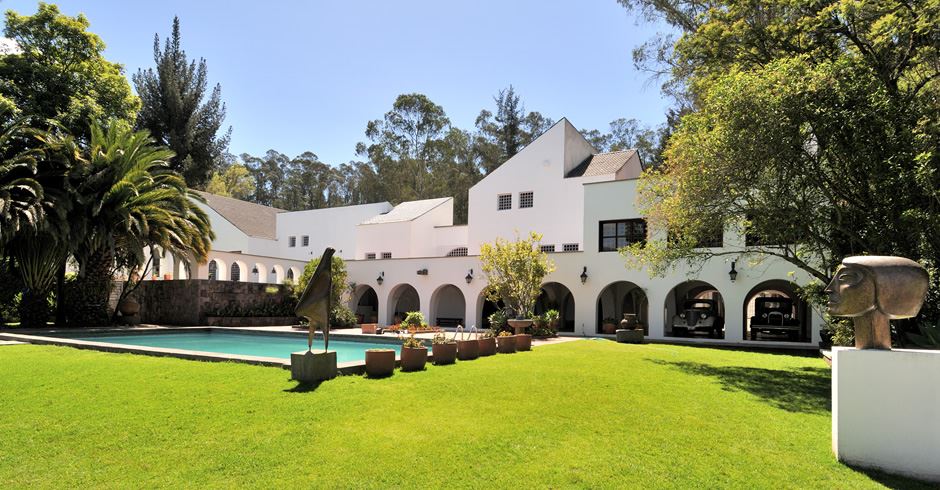 You don’t necessarily have to be a museum fanatic or an art lover to appreciate the coveted Fundación Guayasamín, museum, and much more. Oswaldo Guayasamín is Ecuador’s premier artist, renowned internationally for his prolific work ever-examining the human landscape and Ecuadorian identity. His work is heartbreaking and eye-opening, with larger-than-life expressionist canvasses denouncing Andean indigenous communities’ unjust social reality.

Overall, his work depicts the ongoing struggle of humankind in the search for a more just society amidst the ever-present impulses of greed and fear. And he created the Fundación Guayasamín before his death in 1999 to open his breathtaking home, his artwork, and his personal collection of pre-Colombian pieces to the world. Don’t miss this three-part museum experience, both frozen in time and inviting questions about the future of humanity.

4. Take a romantic stroll through the Quito historic district 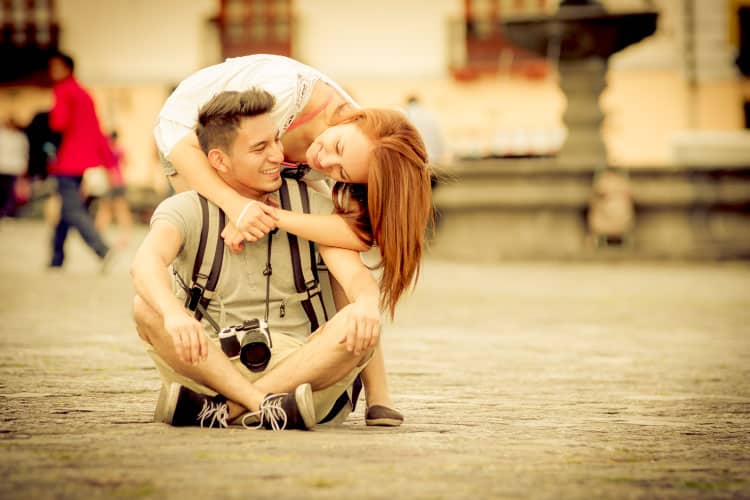 Taking full advantage of Quito in the late afternoon and at night is another must! Starting with the Quito “old town” or historic district, which became a UNESCO heritage site in 1978. This magnificent display of entirely authentic city planning dating back to 1734 harmoniously exists with modern Quito shifting and changing around it. The contrast alone is striking.

You can either tour this historic architectural masterpiece with a guide or without; however, we recommend touring with a guide, and starting your tour in the late afternoon into the early evening is recommended. Seeing dusk settle on these timeless buildings is priceless.

5. Take a craft beer tour to some of Quito’s up-and-coming breweries 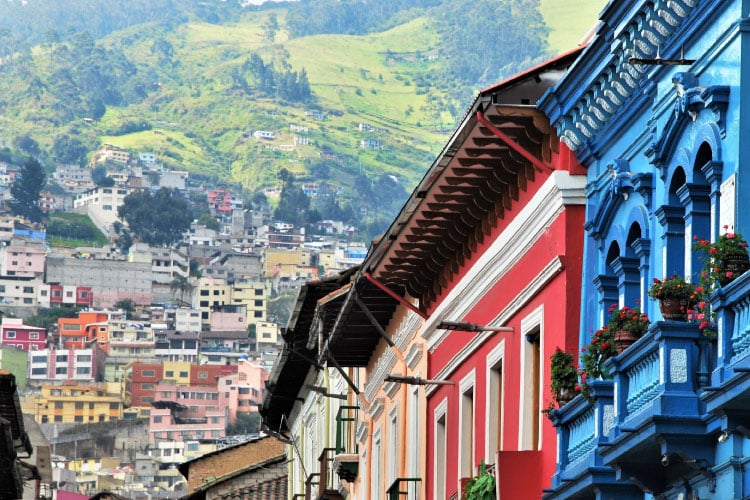 Like many contemporary big cities, Quito has its finger on the pulse of the up-and-coming craft beer industry. In fact, Quito is considered the first South American city to actually brew beer in 1566; and they live up to their hype in this area. Many of the beer tours even start in the Plaza de San Blas at the historic center entrance!

You will find several traditional pub-type beer locales near the historic district and even a 400-year-old hacienda steeped in Ecuadorian brewing history called the Santana Hacienda and Brewing company. You can also, of course, find cutting-edge breweries like the Andes Brewing Company, with their iconic flying pig logo taking center stage.

6. Savor an innovative yet traditional Ecuadorian meal in SOMOS Restaurant 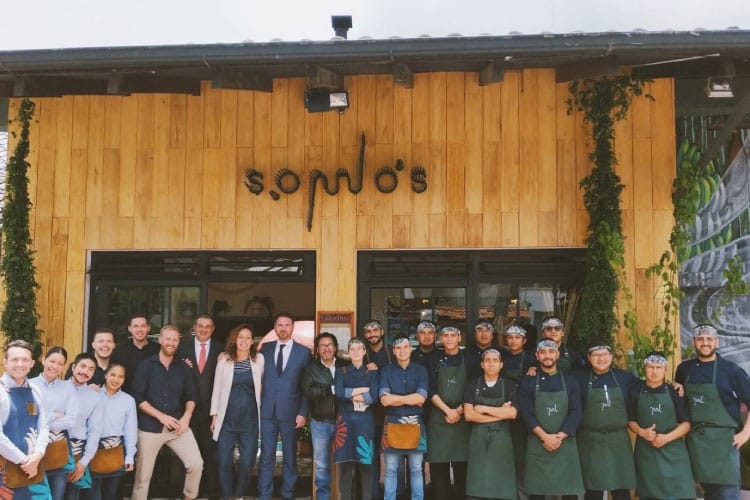 Somos in Spanish means “we are,” and SOMOS restaurant reflects this idea of Ecuadorian identity into their food. And how could they not with Alejandra Espinoza as their head chef, born and raised in Quito. Espinoza encapsulates hyper-local Quito and Ecuadorian cuisine in her menu while also incorporating knowledge she brought back from her career with Michelin Star chefs in France and San Francisco.

You can expect to sink your teeth into some purple corn and cheese empanadas, chicken and plantain tortellini, and for the more adventurous palate, guinea pig dumplings! In SOMOS, contemporary haute cuisine meets traditional Ecuadorian flavors; don’t miss out on this exciting collaboration!

7. Escape Quito city for a day to Ecuador’s “Volcano Alley” 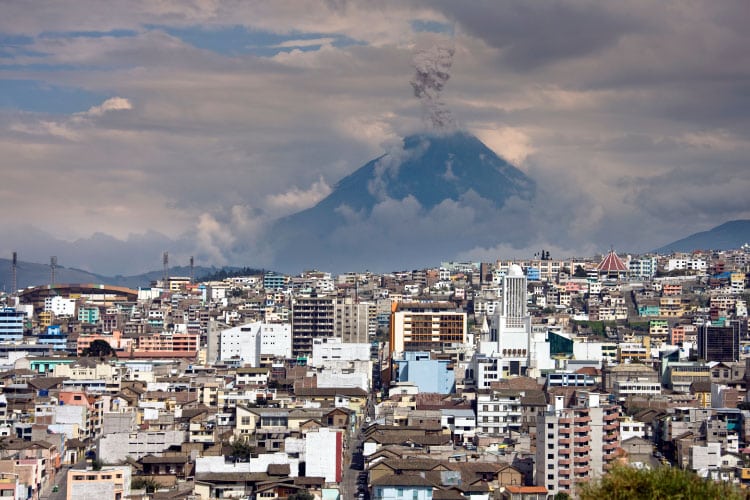 Another cool thing to do in Quito actually means leaving the city limits to explore “Volcano Alley” up close. Also known as “Volcano avenue,” this stretch of about 200 miles leading to Cuenca contains eight majestic volcanoes in total. Two volcanoes particularly worth noting are the picturesque Cotopaxi active volcano and the behemoth Chimborazo, the tallest peak in Ecuador and technically the world’s highest, considering its proximity to the Equator (disqualifying Mount Everest).

For a day trip from Quito and back, we recommend exploring the area closest to Cotopaxi for some hiking, biking, horseback riding, and one of the most scenic picnics you are sure to experience in your lifetime! 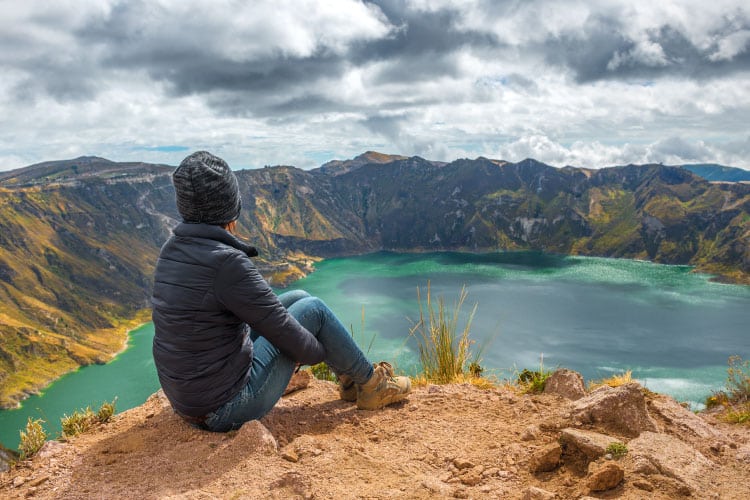 Volcano Alley isn’t the only nature escape near Quito, not by a long shot. You can take another easy day trip from your Quito hotel to pristine Quilotoa Crater Lagoon and make it back before dinner. Most Quito tourists opt for a quick photo op overlooking Quilotoa’s turquoise surface. However, we highly recommend hiking the perimeter for a more scenic, less-crowded experience.

For this hike, you will need to acclimate for at least a full day and night in Quito beforehand because Quilotoa lies 3,800 meters (almost 12,500 feet) above sea level. However, the terrain itself is relatively flat and breathtakingly peaceful.

Put simply, Quito is not your average South American capital city, and the tourist attractions are not just for tourists! You can have the time of your life in a fleeting couple of days straddling the Equator, soaring above the city on the Teleferico, strolling through breathtaking buildings steeped in history, and grabbing a local pint with the best of ’em. Feel free to contact us to get the planning rolling for your ideal trip to Ecuador and Quito!