Travel to the End of the World: The Best of Breathtaking Patagonia 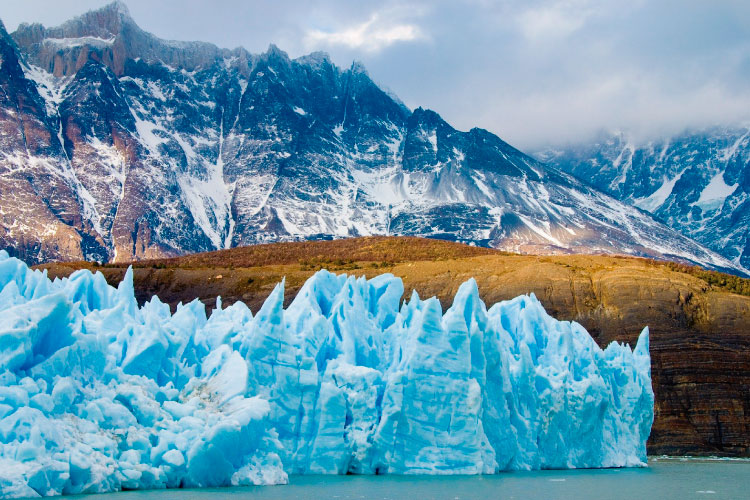 What does it mean to travel to the end of the world? Surely the imagery that comes to mind paints an extreme landscape, where human civilization takes a backseat. This is what it means to travel to Patagonia.

Straddling the southernmost regions of Argentina and Chile, Patagonia’s geographic area covers just about 400,000 square miles and houses glaciers, lakes, fjords, deserts, steppes, and the final stretch of the Andes Mountains. The expansive pampas, fjords, prairies, and lakes of Argentine Patagonia dwarf the Chilean side. However, don’t rule out Chilean Patagonia in your planning; it is home to some of the most spectacular glaciers on earth.

A real-life nature’s playground, Patagonia offers a backdrop for the adventurer’s trip of a lifetime. You could easily spend more than a month here, exploring every nook and cranny of giant mountain faces, crystalline waters, and wildlife teeming coastlines. But if you only have 1-2 weeks to work with, you could pick just one or two specific points within Patagonia’s extensive territory and still have a fantastic time. Either way, don’t wait too long to check this breathtaking wonderland off your bucket list with some of the following destinations representing the best of untamed Patagonia wilderness. 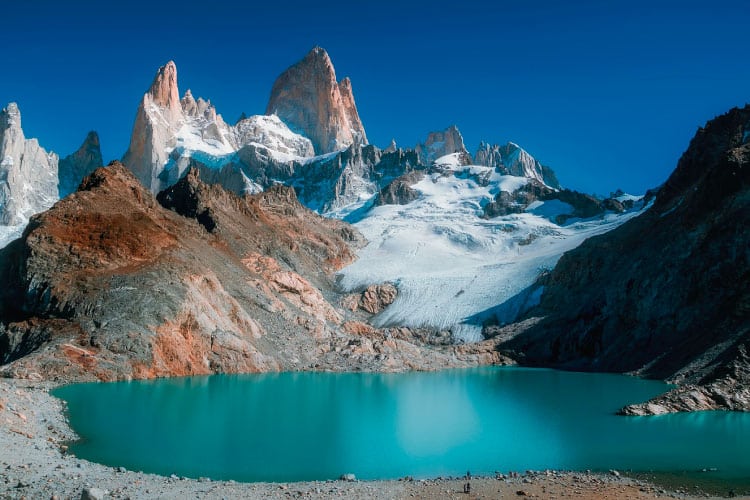 Directly east of the Andes mountain range in northern Patagonia, you’ll find the Argentine Lake District centered around the capital city San Carlos de Bariloche. The combination of aquamarine lakes sprinkled throughout the region, thick pine forests, and fresh mountain air is nothing short of intoxicating.

Here, you will also be able to accommodate a wide range of interests, from hiking through the Nahuel Huapi National Park, kayaking in the tranquil waters, skiing in the backcountry of Cerro Catedral (in Austral winter from June – September), fly-fishing, and horse-back riding… just to name a few. All of these outdoor activities can be enjoyed on easy day trips from cozy accommodation in the center of Bariloche. Therefore, you can take on the rugged outdoor landscape without sacrificing creature comforts – it should be noted that this applies to most of Patagonia’s tourist hotspots.

General Carrera Lake aka Buenos Aires Lake (On the Argentine Side)

The Capillas de Marmol (or Marble Caves) are considered one of the most spectacular sights within Chilean Patagonia. Formed over thousands of years by melting glacial water, this network of tunnels and caves cast an otherworldly hue over the lake’s waters. The caverns themselves have also taken on a myriad of mineral blues, turquoises, yellows, and grays that are out of this world. The caves sit in the middle of the lake, so you can only access them by boat or kayak. If you have the time and the stamina, you won’t regret kayaking to this one-of-a-kind geological wonder. 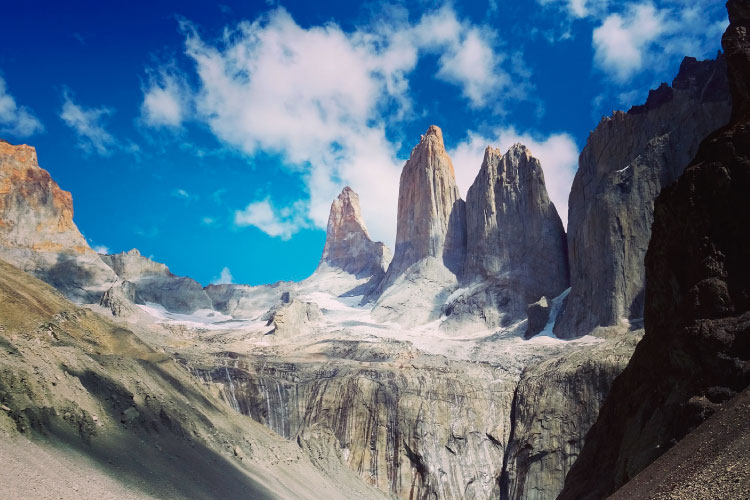 Continuing south along the jagged border of Chilean Patagonia, and you will reach the famous Torres del Paine National Park. The park itself covers 181,000-hectares of conservation land in the Magallanes Region of Chile. UNESCO also designated it a Biosphere Reserve in 1978.

Few places on earth capture the imagination like the W Trek, Los Tres Torres (The Three Towers), the Grey Lake, and a plethora of wildlife (such as the ubiquitous Guanaco). All of which can be found within the limits of Torres del Paine park. 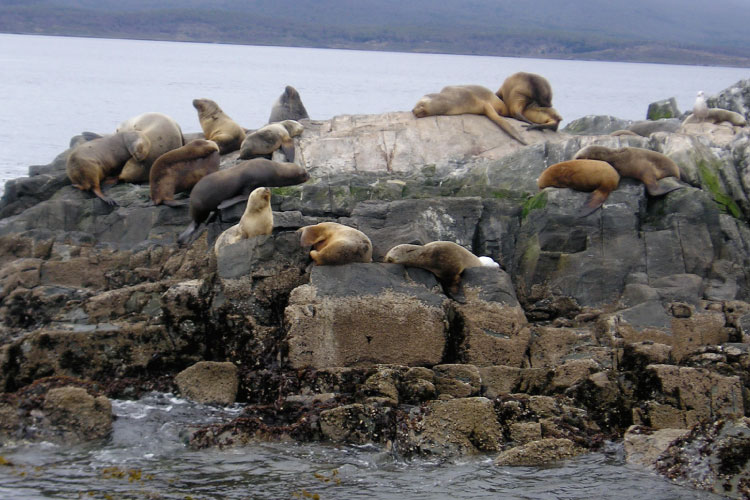 Reaching Patagonia’s southernmost limit, you will find the archipelago Tierra del Fuego and the southernmost city in the world, Ushuaia. Serving as the main port for Antarctica cruises, you really can’t get much closer to the end of the world than Ushuaia.

Tierra del Fuego is the spot to visit if you are looking to spy as much wildlife as possible while in Patagonia. Tierra del Fuego wildlife includes about twenty mammal species and ninety bird species, which you will observe in great abundance. For instance, the archipelago is home to the ever-cute Magellanic Penguin, the Fuegian fox, and an endangered sea otter locally known as the huillín.

There is just so much to say about Patagonia, and so much to do in Patagonia. You really can’t go wrong with any of the destinations mentioned above, and the many more that didn’t make it into this list. So what is the key takeaway here? You won’t regret traveling to the end of the world!