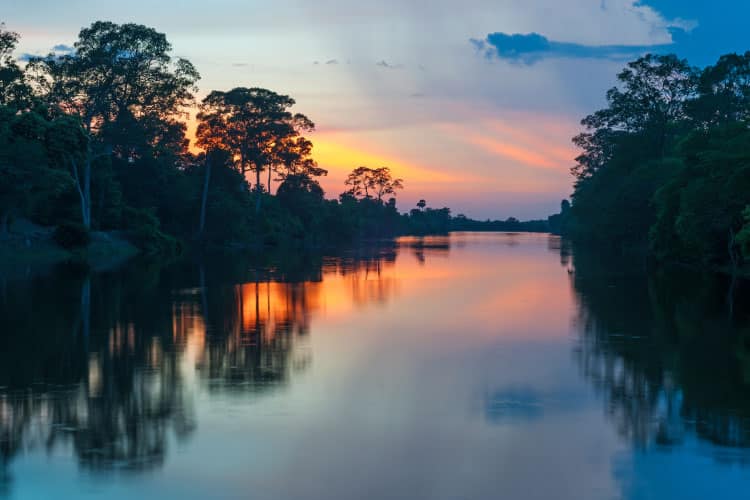 Isolated places are becoming that much more enticing as the world slowly opens again, and we all step out of the pandemic-haze a bit wiser and more climate-conscious. The great news is that society at large is finally facing the problem of over-tourism in too many countries and looking for more sustainable alternatives and off-the-beaten-path travel plans to protected destinations.

The following six South American destinations represent some of the most isolated places on earth, offering untold adventures and memories to be cherished over an entire lifetime! Join us on our north to south exploration of these remote cities, archaeological wonders, rain forests, salt flats, and archipelagos! 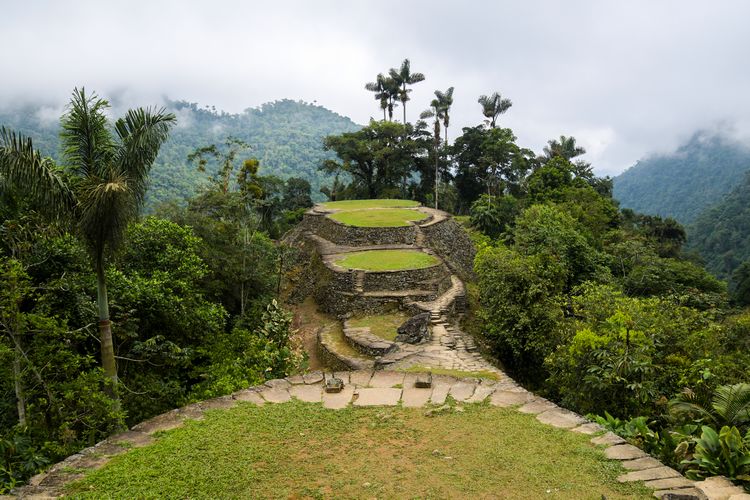 Calling all hikers, Colombia has the perfect remote city for ou! La Ciudad Perdida (in English, The Lost City) predates Machu Picchu and is set deep in the mountainous jungle terrain of the Sierra Nevada and Santa Marta Mountain Range. The Tairona people built this sprawling settlement of over 150 stone terraces, connecting roads, and central plazas in around 800 A.D. and many scholars speculate that it served as their political center.

This incredible landmark was uncovered to the western world, or “RE-discovered,” in 1972, unfortunately at the hands of looters, who considered themselves “treasure hunters.” However, descendants of the Tairona in the area (the Koguis, Arhuaco, and Wiwas) claim they always knew of the city’s existence but preferred to keep it secret from the outside world.

But the good news is, the Colombian government still keeps the site relatively protected because the only way to get there is on foot. You will hike a challenging yet extremely rewarding 46 kilometers through exciting stretches of Colombian jungle flora to see this marvel for yourself. 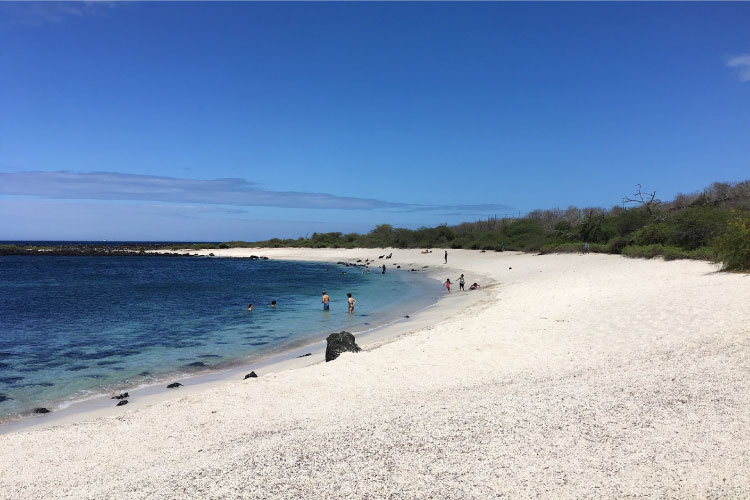 Charles Darwin once said of the Galapagos, “the natural history of this archipelago is very remarkable: it seems to be a little world within itself.” And nearly two centuries later, this is, remarkably, still true! The group of 19 islands that sparked Darwin’s theory of Evolution, six hundred miles from Ecuador’s coastline, is now protected by the Ecuadorian government in a team effort with the World Wildlife Fund.

Due to the Galapagos Islands’ isolated nature, these protections have been relatively easy to enforce, with only about 160,000 tourists arriving and departing each year. And many other rules ensure that the abundant wildlife remains as undisturbed as possible. For example, visitors can only explore the Galapagos National Park with an authorized Naturalist guide. Flash photography and drones are prohibited, and all recyclable waste and trash are sorted and heavily controlled. 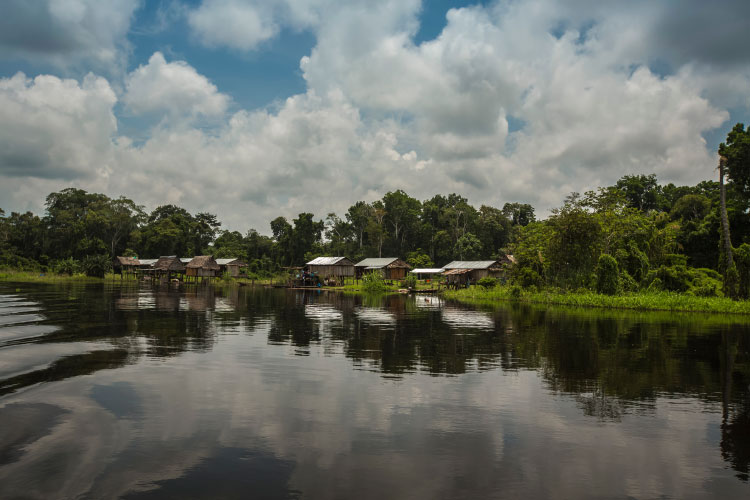 What is the most isolated city in the world? Many argue the title belongs to Iquitos, Peru! Iquitos is the world’s largest city only accessible by boat or by plane; in other words, no road can take you there. Smack dab in the heart of the Peruvian Amazon, the city itself is something to behold. Almost 500,000 residents wiz by on their motorbikes or moto-cars, street vendors hawk grilled beetle larvae skewers called suri, and small children fish piranhas off the river docks. Both the city and the surrounding jungle teems with life.

The Pacaya Samiria National Reserve lies just beyond Iquitos city limits and is Peru’s second-largest protected area. The biodiversity here is astonishing, with 965 plant species and over 1000 animal species (and many more yet to be discovered). There are plenty of jungle lodges in Pacaya Samiria; however, this region of the Peruvian Amazon is best explored via Amazon cruise. These are small, and companies such as Delfin Amazon Cruises create policies to protect the flora, fauna and remain respectful of the many indigenous communities in the area. 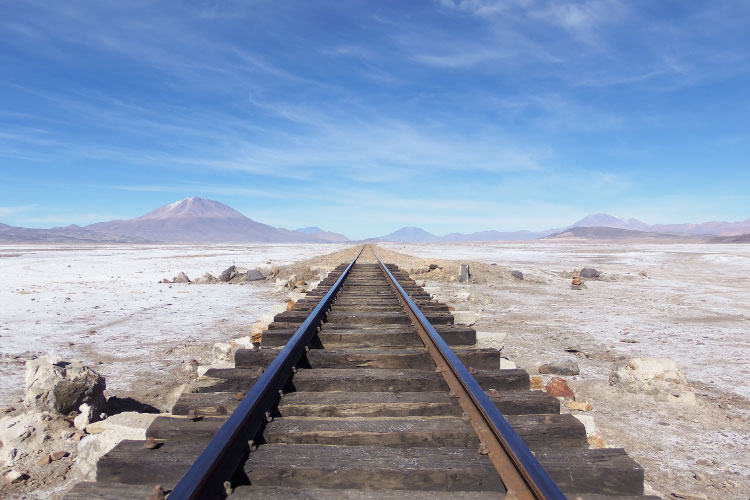 Bolivia, known as the “land of superlatives,” is home to the world’s largest, flattest, and most remote salty desert. Uyuni is so flat that satellites frequently use its surface to calibrate their instruments. The quickest way to arrive at Uyuni is a flight from La Paz or Santa Cruz. And you can also take an exciting road trip from San Pedro de Atacama, Chile, all the way to the flat.

If you really want to feel the beautiful weight of Uyuni’s isolation, you can choose to stay in Kachi Lodge. Kachi is Uyuni’s first luxury accommodation comprised of a minimalist wooden dock and six ultra-sustainable futuristic domes. 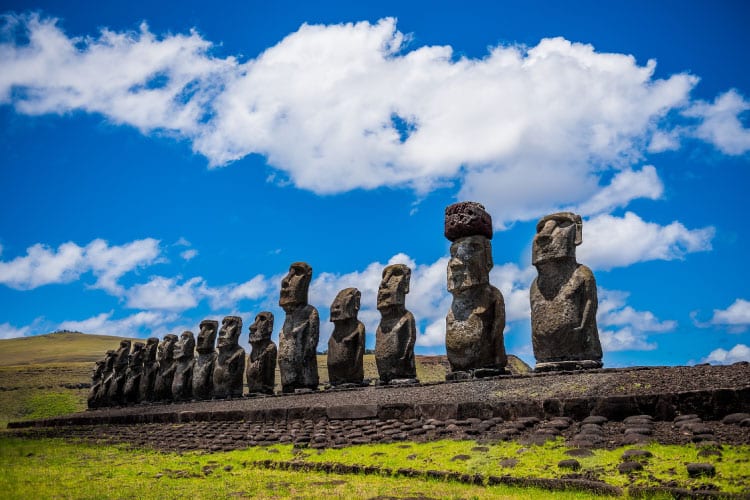 Isla de Pascua, Easter Island in English, and also known as Rapa Nui to its original Polynesian inhabitants, lies 2,300 miles off Chile’s coast. There is much debate about when settlers from Polynesia first arrived, and it could have been anywhere from 100-800 A.D. Even more mysterious are the larger-than-life Maoi stone statues (almost 900 in total) scattered throughout the landscape.

After being first named and “discovered” by Dutch sailors in 1722, Easter Island became Chilean territory in the late 19th century and now is one of the country’s most intriguing tourist attractions. Part of the fun of visiting Easter Island is the journey because arriving at such an isolated place in the South Pacific Ocean involves a six-hour flight from Santiago, Chile (one-way!) 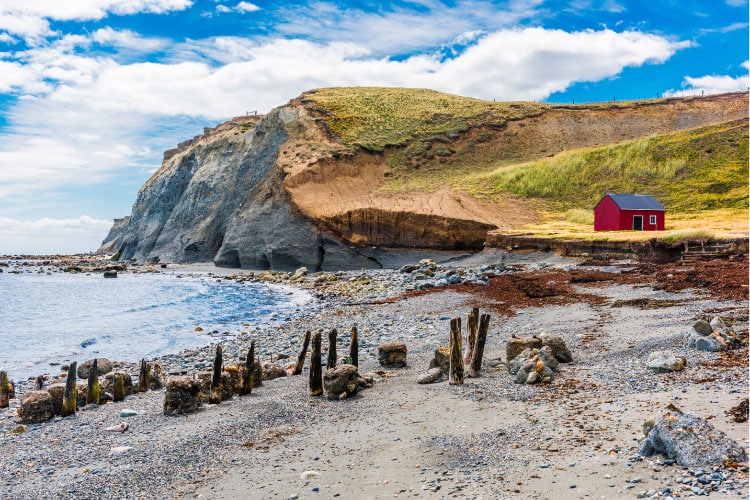 The final remote enclave on our list is another fascinating archipelago – Tierra del Fuego, Patagonia. This southernmost tip of South America is often aptly described as “the end of the earth,” seeing it contains the world’s southernmost city, Ushuaia. The incredible convergence of glacial lakes, towering mountains, and windy steppes on these islands provide an otherworldly remote scenery unlike any other part of the world.

The most straightforward access point into Tierra del Fuego is Ushuaia, Argentina. Once there, you will be surely awestruck of not only the dramatic landscape but also by the fact that Anthropologists believe indigenous cultures to have inhabited this area starting 8,000 years ago. In reality, Tierra del Fuego was only made known to the Western World in the early 1500s by explorers such as Ferdinand Magellan. Magellan named the archipelago “Land of Fire” after the flickering flames of the Yaghan Selk’nam tribes, living in breathtaking harmony with the extremities of this natural world.

Now is the perfect time to start planning your next global adventure down south and be part of the responsible travel revolution! Any of these isolated destinations make an exciting addition to your South America bucket list. Grab the opportunity to commune with breathtaking natural surroundings and living history. Contact us to learn more about these remote places and craft your ideal getaway.