6 Bucket List Cultural Experiences to Add To Your Peru Itinerary 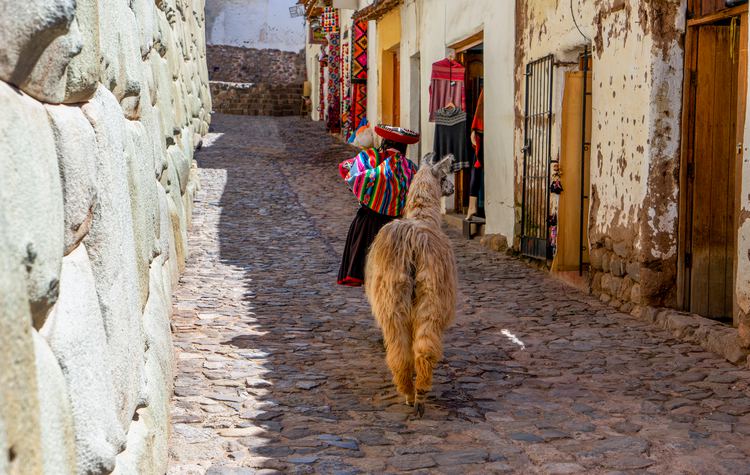 When it comes to South America travel, Peru is at the forefront of travelers’ wish-list, with incredible natural wonders like visiting the marvelous remains of the Incan empire in Machu Picchu or visiting the lush, biodiverse Amazon Rainforest which covers half of the country. Beyond ruins and rainforests, Peru has a lively, complex and impressive culture which blends and preserves thousands of years of indigenous traditions such as languages or indigenous foods, Hispanic roots and immigrant customs from the many cultures and influences from East to West. Whether you’re visiting picturesque colonial towns or experiencing delicacies from Peruvian chefs – don’t miss out on these six cultural experiences to include on your Peru itinerary: 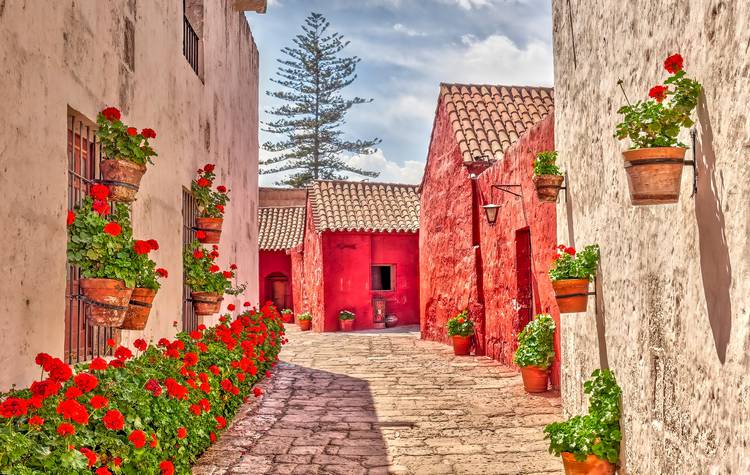 A marvel of colonial architecture, Arequipa’s Monasterio Santa Catalina should be a must-visit destination on every traveler’s Peru itinerary. Often nicknamed “the White City”, this ‘city within a city’ has a historic center and walls made of white volcanic rock, called sillar. But make no mistake, upon entering this picturesque landscape, you’ll find vivid and colorful streets filled with vibrant blues and bright reds, and architecture that will make you feel as though you’ve taken a step back 400 years in time.

Built in 1579, Santa Catalina Monastery was created by a wealthy widow from Arequipa, Maria de Guzman but it wasn’t until 1970 when the monastery, which at one point housed over 400 nuns, became open to the public. Now, the monastery still houses around 20 nuns and  remains intact from surviving centuries of earthquakes. With a plethora of cloisters, courtyards, streets and chapels for you to explore during your visit, this is the crown-jewel of any trip to Arequipa.

Highlights of the Santa Catalina Monastery that you’ll experience on your Peru itinerary with Kuoda include:

2. Marvel at the Uros Floating Islands on Lake Titicaca 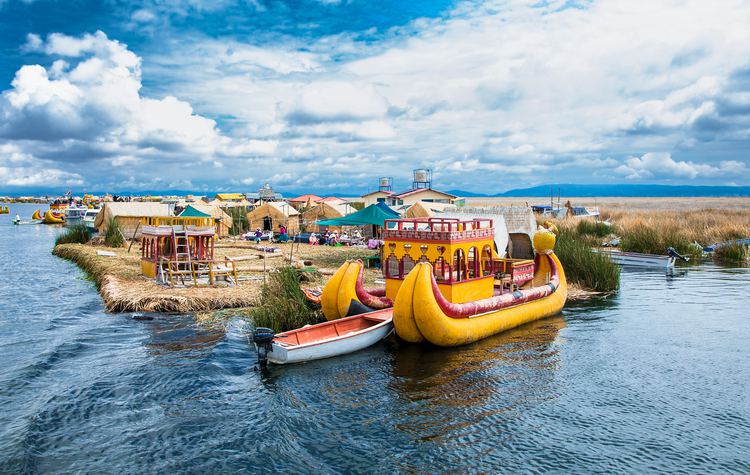 Magical, mysterious and marvelous, the Uros islands are a group of over 40 man-made totora reed islands floating on Peru’s mystical Lake Titicaca, located in the south of Peru, near the border with Bolivia. The Uros people’s man-made islands have been floating on the lake for centuries. They were first forced to take up residence on these handmade mud-and-totora-reed islands in an effort to avoid persecution first by the Incas, and then by the Spanish conquerors. The Lake’s unique geographic situation makes it not only the highest navigable lake in the world, and the largest lake in South America, but the perfect setting for the pre-Incan Uros community to create and inhibit floating, manmade islands on the surface of the lake.

The floating islands and the waterside lifestyle of the Uros community has been well-preserved over thousands of years, with indigenous communities still living and working in the communities today. Here, you can boat around the islands and make stops along the way, including the Uros Islands and Taquile Island and get a sense of how the locals live. The locals, with smiles as vibrant as their kaleidoscopically coloured costumes, are often dressed in full skirts, blouses and embroidered waistcoats in green, orange, red, blue, pink and purple, while the men dress in multi-coloured hats, with earflaps and tassels.

3. Enjoy a traditional Pachamanca, or Earth Oven, meal in the Peruvian countryside 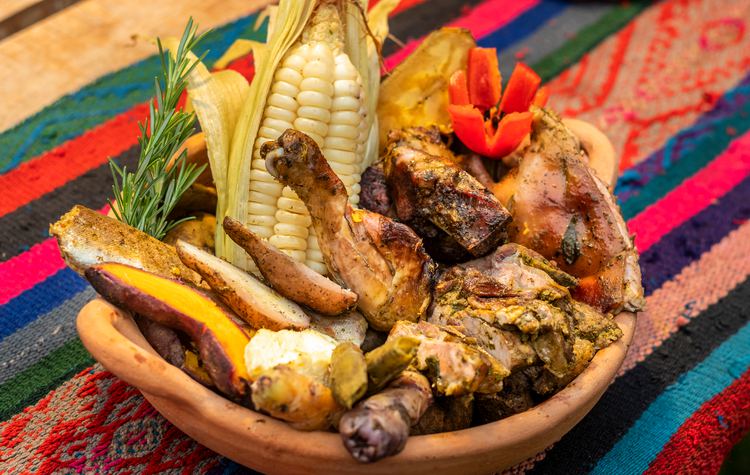 Peruvian cuisine is both traditional and inventive, weaving together traditional recipes with innovative global spins that incorporate fresh,seasonal and regional ingredients. On the coast, locals are proud of their fresh seafood, near the Amazon – dishes include a variety of exotic fruits and fish – in the Andes, you’ll find hearty ingredients cooked by one of the oldest culinary traditions of them all: Pachamanca. Cooked over the course of several hours, the Andean dish of pachamanca involves a mixture of heavily spiced meat and vegetables buried amidst hot stones. Pachamanca has been an important dish in Peruvian culture since the time of the Inca Empire. Frequently practiced in the high Andes, the Pachamanca is a ceremonial meal most commonly held around harvest time to honor Mother Earth, or Pachamama. In Quechuan, the word Pachamanca means “earth pot” – an accurate description of the outdoor pit dug in the ground, which is used to cook the entire meal. Various meats and vegetables are marinated first and then put into the pit for cooking, symbolically returning the “fruits” of Mother Earth back to the land before they are eaten, thus showing gratitude for all that the goddess has given them. Prayers honoring Pachamama are often said while the food cooks.

The Pachamanca can be a little different depending on where you try it: in the Huallaga Valley, for instance, the aromatic herb, chincho, is a vital component; the Huancayo version almost always includes lamb; while in Ayacucho, garlic and ají panca (a type of hot chili pepper) are mainstays. Pachamanca celebrations still take place all around the country and are easy to find, once you know where to look – and we do! Our team at Kuoda can make sure a traditional Pachamanca ceremony is on your Peru itinerary, allowing you to experience this dish the true Peruvian way – with the locals that have spent thousands of years perfecting it.

4. Explore the Architectural Incan Jewels of Ollantaytambo and Pisac 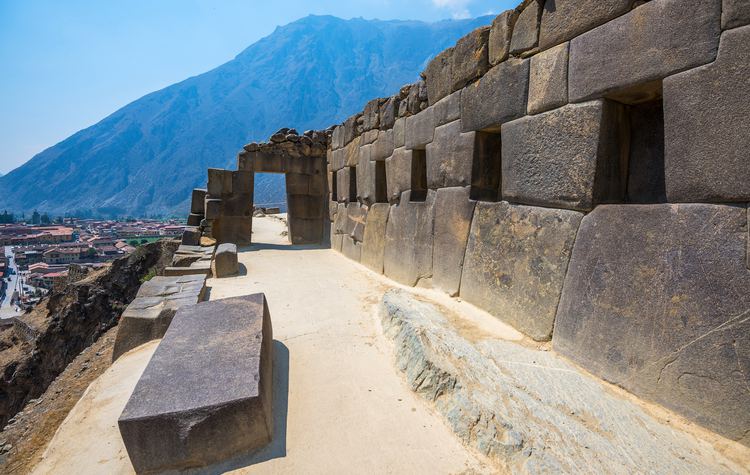 When most think of Incan ruins, Machu Picchu is sure to come to mind, but we would be remiss to forget Ollantaytambo and Pisac. Tucked in the Sacred Valley,

Pisac is a colonial town built on the ruins of an Inca citadel, it stands at the entrance to the immensely fertile Sacred Valley. Overlooking the town are the incredible ruins,  flanked by large Inca terraces and overlooking a steep gorge. The ruins of Pisac has an interesting mix of buildings and its exact purpose is not known for certain, most commonly held to be a large fortress to protect the entrance to the valley. Offering more than just the ruins, Pisac is also home to a vibrant and colorful market which is the setting for the perfect place to observe the vibrant local life, find traditional handicrafts and sample local cuisine.

Situated at a major point of transit between Cusco and Machu Picchu, the town of Ollantaytambo is often overlooked in favor of more exciting destinations. But travelers who choose to stay and explore this historic place are rewarded with a unique view of small-town daily life in modern Peru. The architecture of Ollantaytambo is monumental. The layout of the urban sector includes two clearly differentiated areas: residential and administrative. Exquisite stonework is displayed alongside impressive agricultural technology that includes terraces, fountains, and irrigation canals that are still in use today.

For both its urban and architectural design, Ollantaytambo is arguably one of the most sophisticated of Inca constructions. Based on the chronicles of the conquest and the site’s strategic position, scholars long believed that this place was a fortress for military defense. But the high quality of stonework suggests that it also served as a long-term resting place for royal families transiting through the Sacred Valley, possibly following the footpaths from Cusco to Machu Picchu.

However, Ollantaytambo should be understood as a special place that stands very much on its own two feet for a few good reasons – and very much worth making a stop at before you visit Machu Picchu, rather than simply going directly from Cusco. The town, continuously inhabited since the 13th century, was actually the only place in Peru which defeated the Spanish army and remains a leading example of Incan architecture. Its location within the Sacred Valley serves as a stunning background to experiencing the rich architecture and culture of the region.

5. Spend the afternoon with an award winning Peruvian chef in Cusco 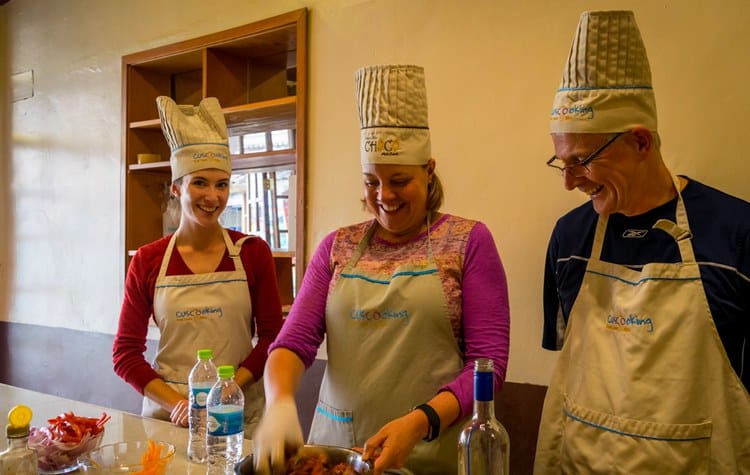 From ceviche to quinoa, Pisco sours and beyond, Peruvian cuisine has become a key player in the culinary world today, but its food can actually be traced to a thousand years ago. Peruvian food balances bold flavors and spices, and honors each region of the diverse country. Ingredients and cooking techniques from Africa, Europe, and East Asia come together in a delightful melange that cannot be found anywhere else in the world. A culinary experience should be a must on anyone’s Peru itinerary – but what if that experience was an intimate cooking class with an award winning Peruvian chef at the foothills of the Sacred Valley?

On your Peru Itinerary with Kuoda, we’ll get you up close and personal to an award-winning Peruvian chef. You will head to one of Cusco’s best restaurants and spend the afternoon learning about Peru’s culinary history and current cuisine from one of the most recognized chefs in the region. You will learn how to make Peruvian starters and entrees, accompanied by a never-ending stream of snacks and samples fresh from the restaurant’s oven. Delight your palate with exotic fruits, make Pisco-based cocktails, learn the traditional Peruvian way to slice vegetables, and spend the afternoon laughing and enjoying this truly special cooking class which ends with a traditional Peruvian dinner you prepared yourself. 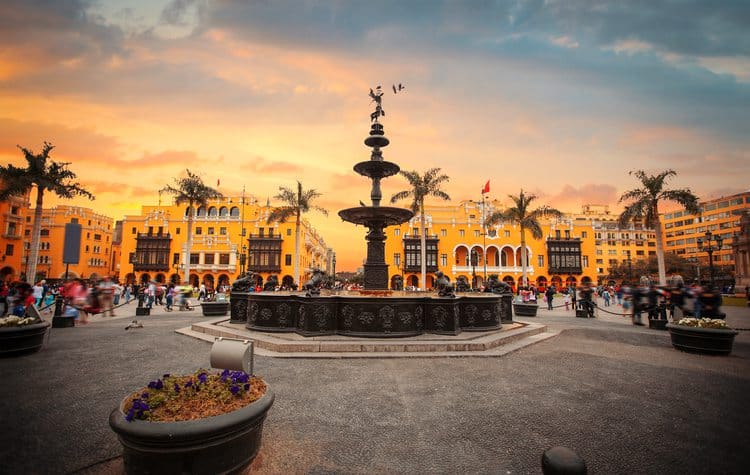 The global South American metropolitan of Lima boasts two UNESCO listed sites. Firstly is Lima’s downtown historic center, which was founded by Spanish conquistador Francisco Pizarro in 1535. Up until the mid-18th century, it was the most important Spanish city in South America and the lavishness of the Spanish-Moorish-influenced constructions here act as testament to the city’s colonial wealth and status.

Lima’s other UNESCO-listed site, the Sacred City of Caral-Supe, was added to the prestigious list in 2009. Dating back 4,500 years, Caral is the oldest ancient city in the Americas. The stone pyramids here were built at around the same time as the Egyptians were building theirs half-way around the globe. Caral was only discovered in 1948, and the mysteries of the people who lived here are still being unraveled, though it is clear that their early civilization acted as a foundation stone for later Peruvian cultures.

Peru is known for its diversity in terms of geography and landscapes, as well at its people, languages, lifestyles and attitudes. Despite this diversity that is celebrated and recognized both internationally and within the country, the common trait of most Peruvians is their immense pride in their hospitable nature and strong community bonds. Looking to learn more about Peruvian culture to inspire your next trip? click here for more inspiration for your Peru itinerary.