6 Must See Things to Do and Experience in Bogotá, Colombia 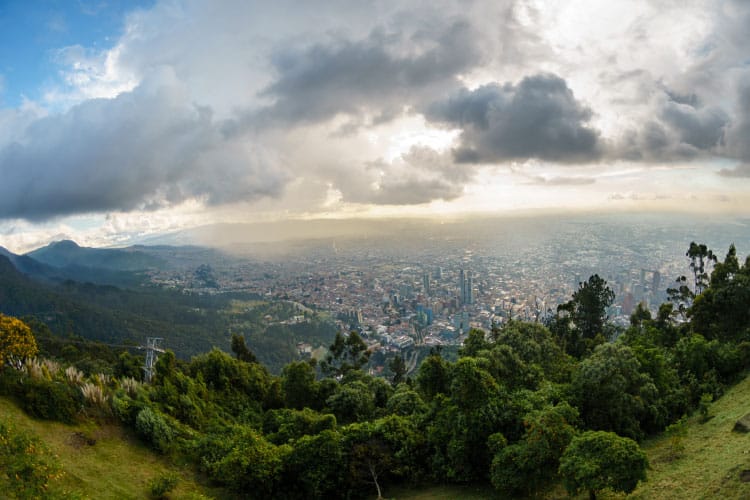 What are some of the top things to do in Bogotá, Colombia? And is it worth it to spend a couple days exploring the country’s capital during your trip to Colombia? It is definitely worth it! Bogotá offers some of the most fascinating museums in South America, one of the most breathtaking botanical gardens, and an entire cathedral built into an underground salt mine.

And these are just a handful of exciting sights in Bogotá because Colombian culture bursts at the seams here. Bogotá is the nation’s capital and an incredible convergence of Colombian people originally from the coast, mountains, and jungle. As a Bogotá tourist experiencing the vibrant sights, sounds, and flavors for the first time, it’s a good idea to have a bucket list on hand. The following six top places to visit in Bogotá should definitely make your list!

1. Get to know the famous Bogotá Museum Circuit 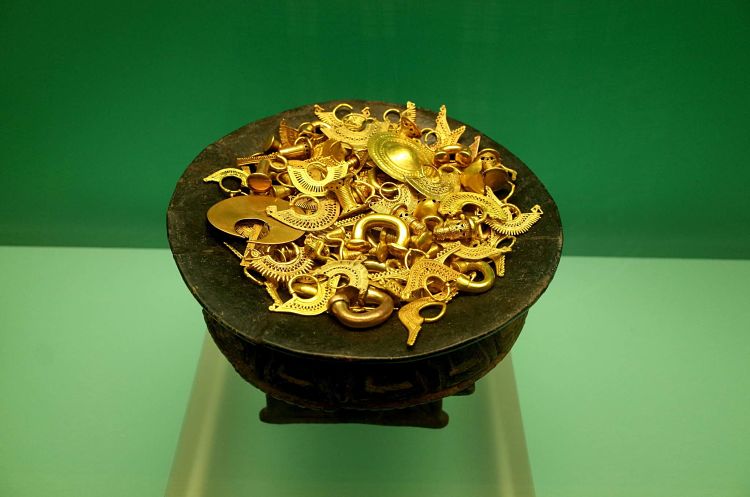 To visit every Bogotá museum (an incredible 63 in total), you would need a solid month in this lively city. So it goes without saying that for a few days’ stay, you could happily spend a full day museum hopping. The Bogotá Museum Circuit is what you make of it depending on your individual interests; therein lies the beauty! And the museums we highly recommend checking out are as follows.

The Museo del Oro (Gold Museum) houses the world’s most extensive collection of Pre-Colombian gold pieces. More than 33,000 intricately carved and preserved gold pieces line the walls of this extraordinary museum. History buffs should also check out the Museo Nacional de Colombia, which encapsulates elements from every period of Colombian history and cultural heritage. While art lovers shouldn’t miss the Mambo (Museum of Modern Art Bogotá) nor the Botero Museum, immortalizing the great works of masterful Colombian artist, Fernando Botero. 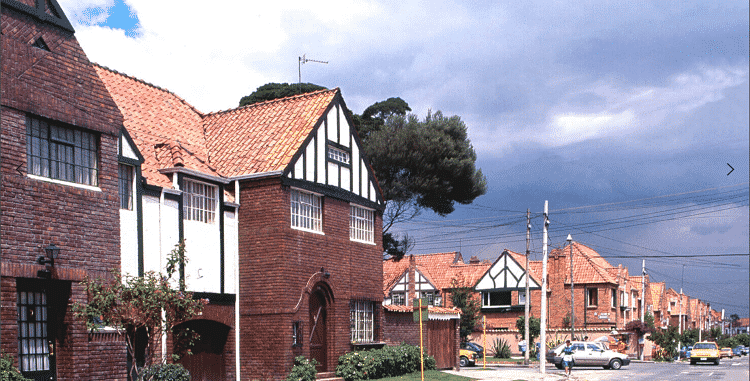 La Quinta Camacho neighborhood remains one of the most vibrant places to visit in Bogotá. With historic early 20th century Tudor-style landmarks, bohemian cafés, cutting-edge art galleries, and small-town energy tucked away in the big city, Quinta Camacho enchants the most unsuspecting traveler.

If you are interested in getting to know the history and culture of Bogotá but are not necessarily a “big city person,” the boutique hotel Casa Legado in La Quinta Camacho would be an excellent choice of accommodation! Each of their thirteen rooms and three guest houses is unique and tells a different story from Colombia’s past, present, and future.

3. Indulge in a new twist on traditional Colombian flavors in Local by Rausch

Bogotá follows the culinary suit of most capital cities worldwide, so one of the best things you can do while there is to check out some incredible local restaurants. And trust us when we say that Local by Rausch will not disappoint in this arena.

Mark and Jorge Rausch, two brothers born in Bogotá, have studied and worked in some of the world’s premier culinary institutions. Jorge has even been awarded the best Colombian chef in 2010, 2011, 2015, and 2019 by La Barra. Mark is a master pastry chef and has been a guest chef on a few episodes of MasterChef. Together, they have founded countless culinary ventures; however, Local is a beautiful tribute to their home country and cuisine. Local by Rausch takes hyper-local Colombian dishes, like ajiaco or buñuelos, and keeps their essence while incorporating an exciting modern twist. 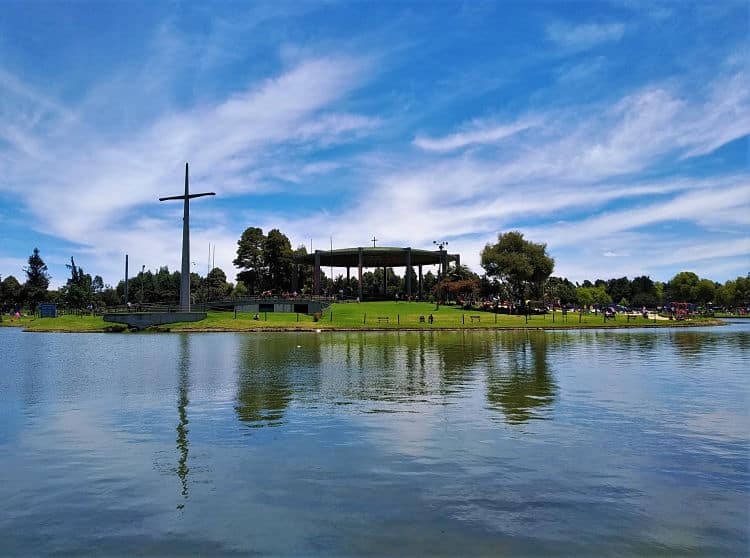 Another Bogotá point of interest is the renowned Botanical Garden, very close to the Simón Bolivar Central Park. Its full name is the Jardín Botánico José Celestino Mutis. Here, you will find upwards of 19,000 different plants representing the vast range of Colombian ecosystems. Some specifically worth mentioning are the Colombian National flower, the Cattleya trianae orchid, and the National tree, the Andean Palm.

You can either explore the park on your own or with a guide; however, we recommend setting up a guided tour ahead of time because most guides who work directly in the garden only speak Spanish.

5. Embark on a day trip to Guatavita Lagoon 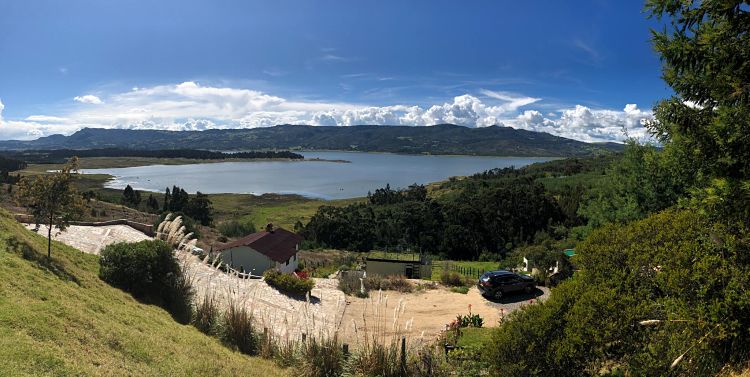 Wondering what to do in Bogotá for one day? Consider taking a day trip to Guatavita Lagoon and the famed Salt Cathedral (more detailed info below). Typically for this one-day escape from the city, you will visit the Salt Cathedral first and then the lagoon called Guatavita in the afternoon. A few hours outside of Bogotá city, the legend of “El Dorado” comes to life in the aquamarine or deep green waters (the color changes depending on the season) Guatavita Lagoon.

This lagoon held a very sacred place to people of the Muisca culture before the Spanish conquest, and the Muisca used gold objects to maintain a symbolic connection to the spirit world. As Spaniards began their conquest and started to smuggle these golden objects for their material value, the myth of “El Dorado,” a city filled with hidden gold, began to take shape. One chronicler, Juan Rodriguez Freyle, wrote of a particular Muisca ritual, in which a spiritual leader would dress head to toe in gold and row to the middle of the lake to sacrifice even more golden objects and precious gemstones.

6. Step through the hallowed halls of Bogotá’s renowned Salt Cathedral 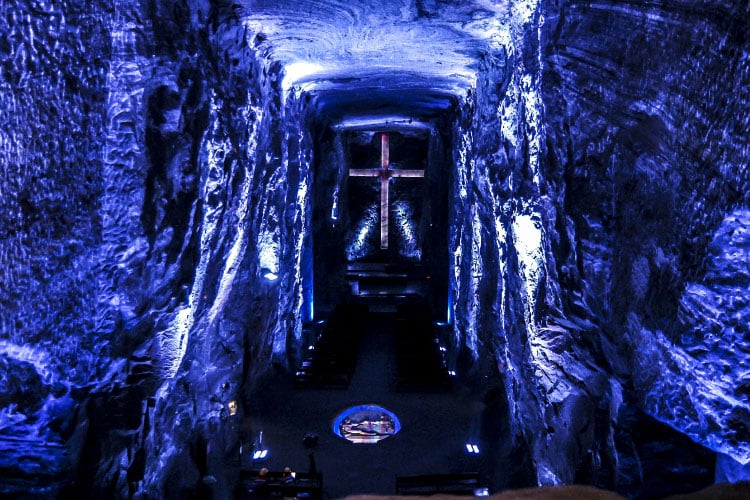 Finally, Bogotá is known for its remarkable Salt Cathedral – a full Roman Catholic-style monument built 600 feet underground in a retired salt mine, in the small mountain town of Zipaquirá. A mere 48 kilometers from the city center, the Zipaquirá Salt Cathedral is considered an international architectural treasure and “First Wonder” of Colombia.

When the mine was still operational (from pre-Spanish conquest to early-1900s), miners actually built a modest sanctuary to safeguard their health from the mine’s toxic fumes and extremely hazardous environment. The Colombian government officially honored these miners by converting this humble sanctuary into a full-fledged church in 1953, which closed due to structural issues in 1990.

Shortly thereafter, Colombian engineer Jorge Castelblanco, along with 127 miners, created a masterful and structurally sound cathedral to pay homage to those early miners, many of whom sacrificed their lives and health to keep food on their tables and bring salt to many corners of South America; this salt even had a hand in financing Simón Bolívar’s revolution.

Witness the best of Bogotá for yourself, starting with these sites, for an exciting journey through Colombian history and culture at its finest. If you’re interested in building your ideal itinerary through Colombia, contact us today to get the planning started!