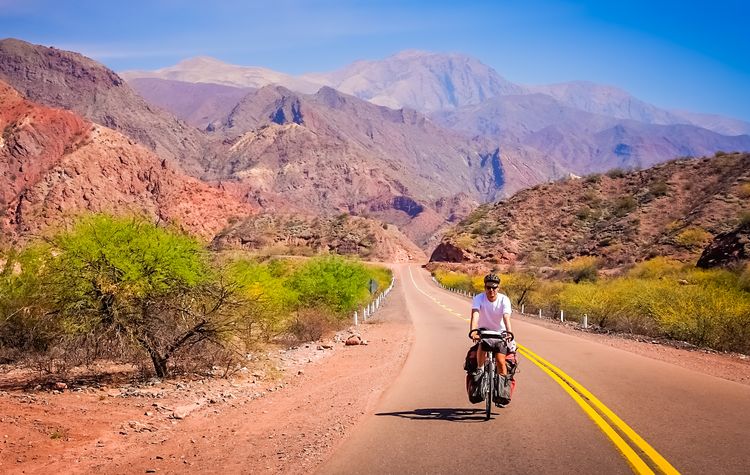 Located in northern Argentina, the Salta province is a hidden gem for active travelers and a great alternative for those who have already visited Patagonia. The region’s geography is characterized by desert plains, canyons, Andes mountains and even lush jungle. How to get the most of your visit? Explore Salta on a bike tour.

Referred to by Argentinians as ‘Salta la Linda’ (Salta the Beautiful), this province has routes of various lengths and difficulty levels for those interested in cruising (and climbing) on two wheels. Here is all you need to know about the top bike tours in Salta.

Why tour Salta by bike 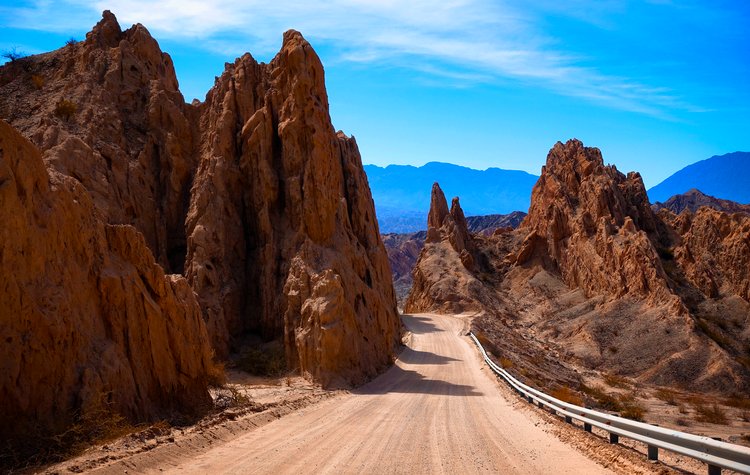 In general, Salta is considered to be an off-the-beaten-path destination, and yet it has so much to offer visitors. From geological formations and Inca sites to vineyards and Spanish colonial architecture, bike tours in Salta allow travelers to intimately experience the great outdoors of a culturally rich region at their own pace.

Besides witnessing the amazing sites in Salta, a bike tour is typically small and highly personalized. 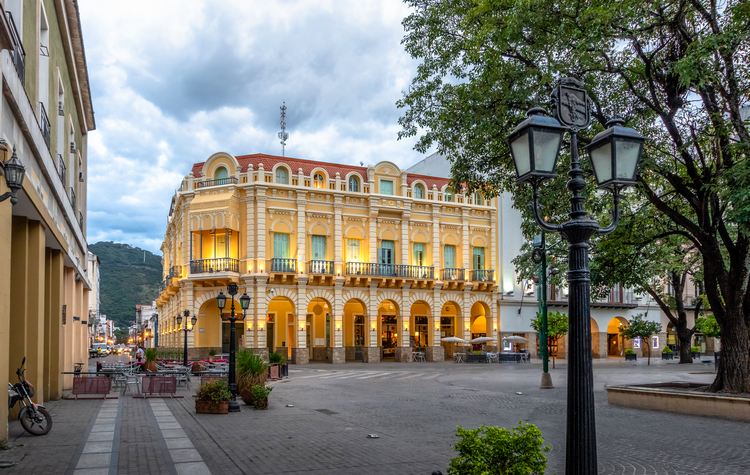 Peddle down the narrow streets of one of Argentina’s oldest and best-preserved cities, Salta. The main plaza of Salta is surrounded by cultural gems such as the pink and white cathedral, last restored in 1883 in a neocolonial style. Nearby are two exceptional museums, the Archaeological Museum (MAAM) and the History Museum of the North. Afterward, cruise down the main road (Caseros) to appreciate colonial-era architecture. Work up a sweat as you ascend 4km up Cerro San Bernardo for a panoramic view of the city. Upon your return, refuel with local dishes such as locro stew or asado. 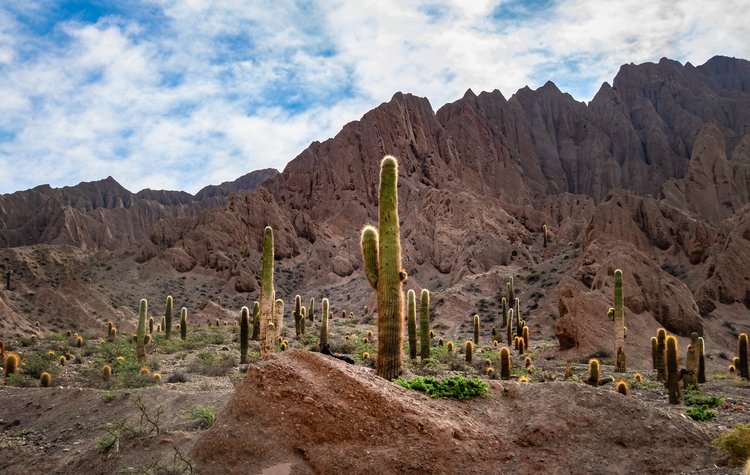 Full of historical and cultural significance, Quebrada del Toro is a treat for mountain bikers looking to squeeze in some adventure on their travels. The deep canyons and lush vegetation (during summer) of the Quebrada were once traversed by ancient groups, commuting from modern-day Lerma Valley to Puna.

Part of the trail follows the tracks of Tren a las Nubes (Train to the Clouds), the fifth-highest railway in the world. More or less halfway through the route, cyclists can step off their bikes and take a short trek to the waterfall known as Chorro Azul. Afterward, a short descent leads to awaiting transportation for the return to Salta. This route typically takes 7 hours, including transportation to and from Quebrada del Toro. 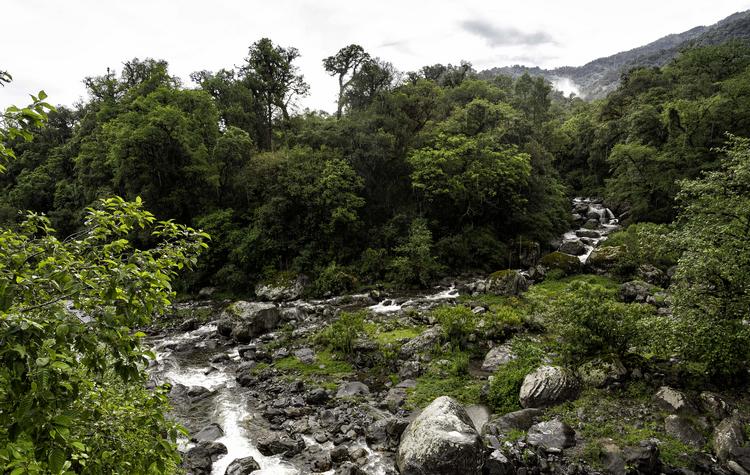 Skip the tour bus and enjoy a mountain bike excursion in jungle vegetation. Surrounding the town of San Lorenzo winds the Yungas circuit where rivers, waterfalls and diverse flora and fauna can be seen. The Yungas circuit has various routes, depending on your stamina and biking abilities. No matter which route you take, you will be able to witness the rich biome of the mountain jungle. 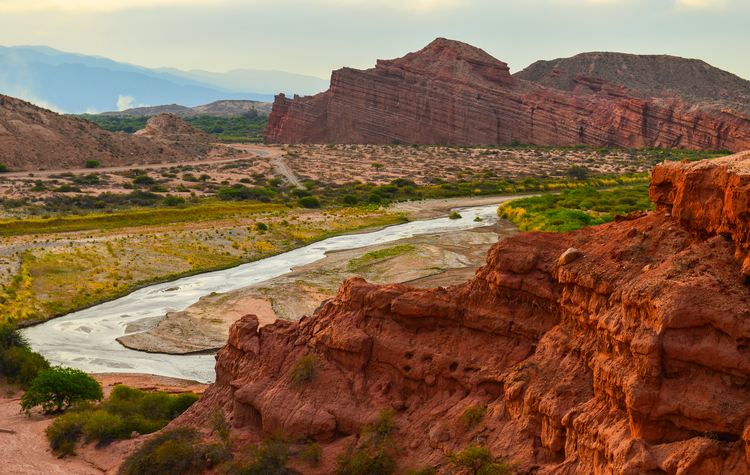 A 45-minute bus ride from the town of Cafayate will take you to Quebrada del Rio de las Conchas, a natural reserve of stunning zoomorphic rock formations in Calchaquí Valley. Declared a Natural Monument by UNESCO, the deep canyon is hugged by walls painted in shades of red, green and even blues by the hand of time. Carved out by the Rio de las Conchas, the canyon has taken on strange formations over countless millennia of harsh weather.

From the narrow Garganta del Diablo (Devil’s Throat), the cluster of rocks forming El Sapo (the Toad) and the natural red-walled amphitheater, El Anfiteatro, the canyon has plenty of sites on display to distract cyclists from the blazing sun. After reaching Los Castillos (the Castles) and enjoying a picnic, head back to charming Cafayate for a well-deserved glass of wine.

Tip: Leave early and pack plenty of water and snacks as this 6-hour route has minimal shade and is not for the faint of heart. 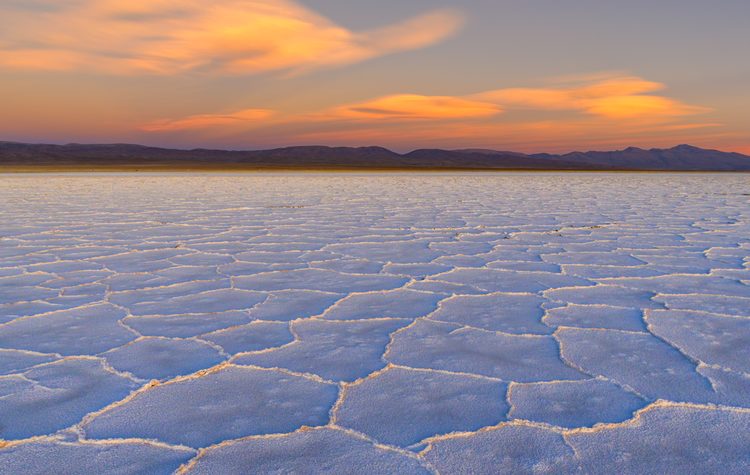 For the first part of this journey, you will be transported in a 4×4, which will take you to Quebrada Humahuaca, a ravine that is considered a UNESCO World Heritage Site. Lined by the ancient Inca road along the Rio Grande, this area is bordered by indigenous villages and ancient ruins, offering more than enough excuses to hop out and snap a picture.

Leave some space in your backpack for when you stop off at Pumamarca village where colorful handicrafts quickly become cherished mementos. This is also where you can catch views of the breathtaking Cerro de Siete Colores (Hill of Seven Colors).

Soon after climbing the Cuesta de Lipan (Lipan Slope), you will arrive at the Salinas Grandes, large dream-like salt flats. These are the third-largest salt flats in the world, and to glide across them upon two wheels is a majestic experience you will never forget.

How to enjoy this Salta experience with Kuoda 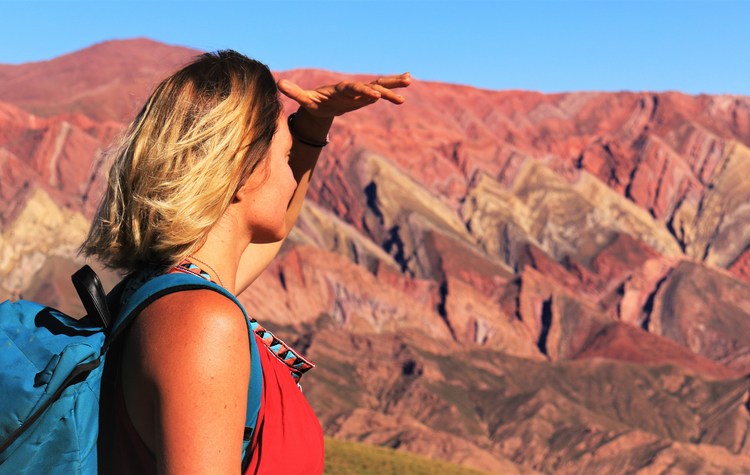 Salta has yet to become a major tourist destination and is far more off-the-beaten-path than Argentinian gems like Bariloche and Patagonia. Experience the magic of this province for yourself, be it by bike or by foot, on a personalized journey with Kuoda. We’ll ensure that your trip is carefully crafted to support our commitment to sustainability. Contact us today to start planning your journey to Salta, Argentina: info@kuodatravel.com