The Wari a Civilization before the Incas & Ruins of Pikillaqta 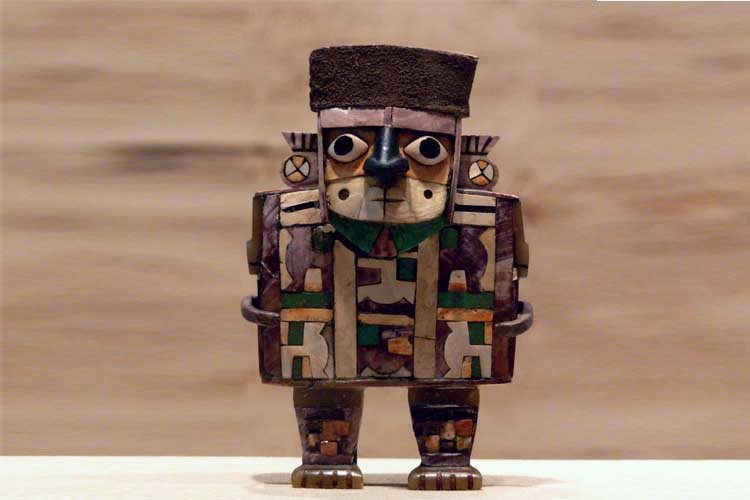 On your custom trip to Peru, you’ll certainly see and hear much about the magnificence of the Inca legacy.

In the approximate one hundred years before the Spanish arrived, the Incas united multiple tribes into one empire. Their territory covered a vast expanse of land over Ecuador, Peru, northern Chile, the Argentinian highlands, Bolivia, and the southern region of Colombia, an area of over 3,400 miles! They gained and retained dominion over a vastly diverse population for over a century, and their spectacular rise was followed by an equally spectacular fall once the Spanish conquistadors arrived and laid claim to their kingdom and resources. Forty thousand Inca leaders dominated this enormous area with a population of over ten million people and over thirty different languages were spoken in addition to the Inca language, Runasimi, or Quechua.

But what of the people the Inca conquered? Peru was home to many tribes, each with its own language, traditions, religious beliefs, and styles of art. On your tailor-made Peru vacation, you’ll have the chance to look back even further than the Inca Empire, and explore ruins and artifacts that have been attributed to equally intriguing, yet even more ancient Andean cultures.

One such people were the Wari, who left behind the ruins of Pikillaqta, located on the outskirts of Cusco in Quispicanchi Province. The term Pikillaqta is interpreted as “Place of the Fleas.” The Wari people that built it thrived from 550 to 1100 CE and inhabited a large area that included territory in the south central Andes highlands and large areas of Peru’s coastline. Their capital was located just north of Ayacucho, some 425 miles west of Cusco, and evidence of their influence has been found at other sites near Lima, including the oracle center of Pachacamac, and as far up the northern coast as Chiclayo.

It is thought that the Wari mainly used the Pikillaqta site for rituals and religious ceremonies. The site has only been studied intensively in recent decades and has taught us much about the people who built it. They were cultivators of maize and beans, with maize playing a large role in both their daily and ceremonial life. Evidence of the consumption of chicha, a fermented maize beer, demonstrates the long history of this drink throughout the centuries: it is still very much a part of life in Peru’s rural communities.

Pikillaqta boasts an elaborate system of irrigation canals, terracing, water tunnels, and diversions, all designed to move water efficiently through various parts of the site and out into the fields to the crops. In fact, archaeologists believe the Wari were the innovators of agricultural terracing, and that its prominent use throughout the Andes began with their influence.

Pikillaqta also has a large central patio that is thought to have been a place for community gatherings and festivals. Bones found were those of guinea pigs and the camelid species alpacas and llamas: both remain important in the lives of rural Peruvians today.

The Wari were known for their elaborate woven textiles; their ability to create complex designs using the technique of tie dying, before hippies ever came on the scene, is unparalleled. Some of their textiles had a high thread count of 200 per inch, which attests to the unusually fine quality of their work.

During your custom trip to Peru, we will be delighted to arrange for you to join us on a journey to explore the ruins of Pikillaqta and get a feel for the lives of this ancient pre-Inca people.