The Epiphany or Three Kings Day in Peru 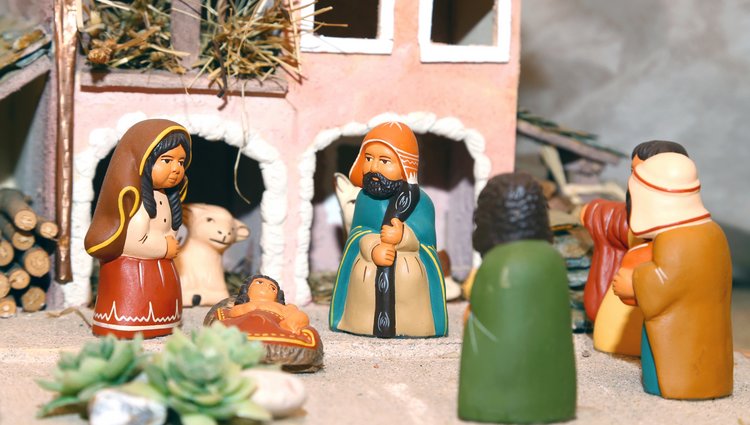 Among the Andean communities of Peru and other South American countries, Christmas gift-giving often occurs on January 6th, The Epiphany or Three Kings Day, also known as “La Bajada de Los Reyes.” Many Andean communities hold The Epiphany as the day to distribute Christmas presents, noting that this is also the day that the biblical three magi, three wise men, or three kings, known as Melchior, Balthazar, and Caspar, gifted the Holy Family with special gifts of frankincense, myrrh, and gold in homage to baby Jesus.

The original gifts have symbolic meanings. Gold is a symbol of royalty, frankincense, which was burned for incense, is a symbol of Godliness, and Myrrh, which was used as an oil to preserve corpses, represents Death. It is unclear whether the Magi were actual kings, or as the name suggests, scholars and wise men who had noted an astronomical configuration (as stated in the bible, “We have seen His star rising in the east,”) and made the journey to honor Jesus’ birth.

In Peru, La Bajada de Los Reyes is the day that officially ends Christmas. In some households, it is the day to take down the pesebre, or Christmas nativity scene. A clever tradition has it that each piece of the scene must be replaced by money: this pays for the pesebre and the celebratory food and drink for next year’s festivities. Lima itself is known as the City of Kings because it was founded on “Three Kings’ Day” in the year 1535.

Many Peruvian children write to the Three Kings instead of Santa Claus. The children write down their desired gifts on January 5th and families leave grass and water outside their front doors to provide for the hungry camels that the kings will be riding. This is also the night when children may leave their shoes outside the door with the expectation of finding presents inside them in the morning.

Cusco and the Sacred Valley hold particularly lively celebrations of the Bajada de Los Reyes. Catholic families attend mass at their community churches, bringing along dolls of El Niño Manuelito, or Baby Jesus. The dolls are presented to the priest for a blessing and are then brought home, bringing good fortune and sanctifying the household for the coming year. Festive religious processions and reenactments are performed on this day. Ollantaytambo, a village in the Sacred Valley, holds the most vibrant and exciting celebration of all: the festivities last for three days and are filled with traditional dancing, colorful costumery, and elaborate parades.

Rosca de Reyes, a traditional sweet bread, is consumed on this holiday throughout Peru and other Latin American countries. It is made with cherries, orange peel, figs, and rum and is traditionally baked into the shape of a circle, representing the endless love of God.

A porcelain baby Jesus figurine is often baked right into the bread. The one who finds the Baby Jesus has good luck for the coming year! The following is a recipe for you to be able to bake this sweet Peruvian traditional dessert at home.

There are several advantages to planning your Peru holiday so that you are in the Cusco region over Three Kings Day. You will be able to economize by purchasing less expensive tickets after the December holidays, and you will enjoy the summer weather of the Southern Hemisphere. Most of all, you will be able to witness this delightful festivity in Cusco and the Sacred Valley firsthand.