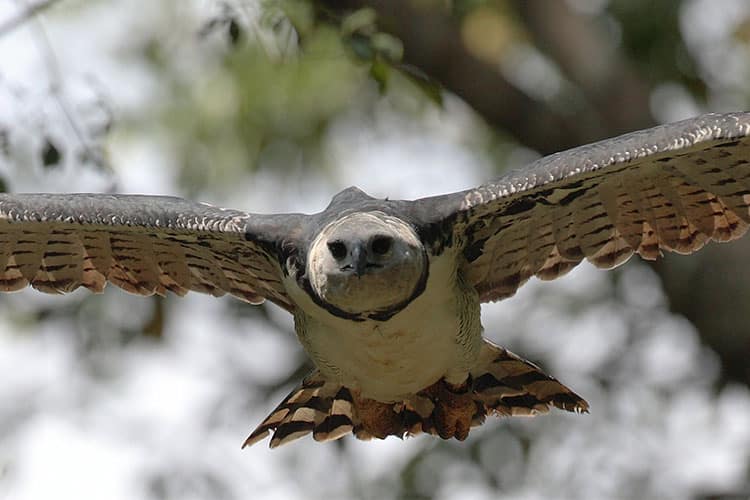 Peru is a birder’s paradise. With over 1800 species of birds, only Colombia rivals it for the sheer number of diverse avian species found in its geographical area. Peru is home to 104 endemic species, and holds the world record for most species spotted in a single day. Boasting such diverse species as the Humboldt Penguin, the Marvelous Spatuletail Hummingbird, and the Hoatzin, birders ought to be able to cross many specimens off of their life list during their journey to Peru. 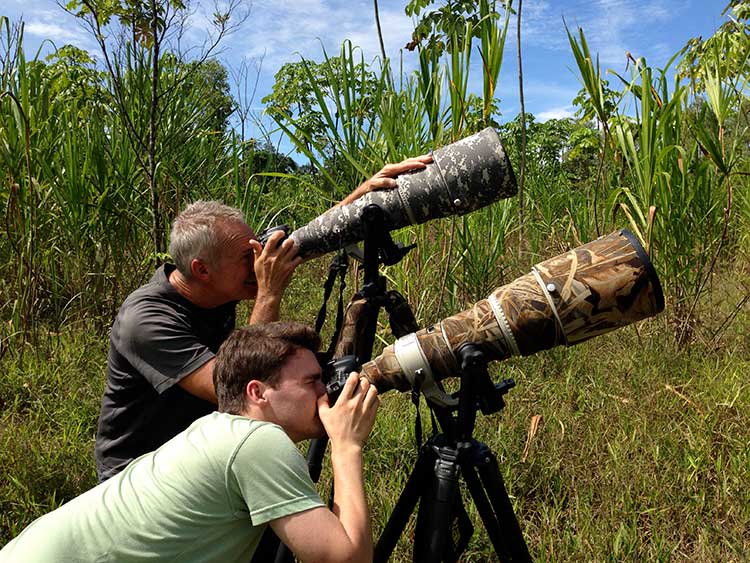 Here we’ll examine several avian species found in Peru and discuss their characteristics, habits, and where you might be able to see them during your Peru holiday.

The Harpy Eagle is the world’s largest eagle and is distributed from Central America all the way to Argentina. It is a double-crested eagle, with a crown of feathers on the top of its head, and preys mainly upon monkeys and sloths. Like other eagles, it mates for life, raising only one chick every few years. This handsome eagle is threatened by habitat loss due to logging. Though not an easy bird to spot, it can sometimes be seen on trips to the jungle regions of Peru, including the Pacaya Samiria Wilderness Reserve and Manú National Park. 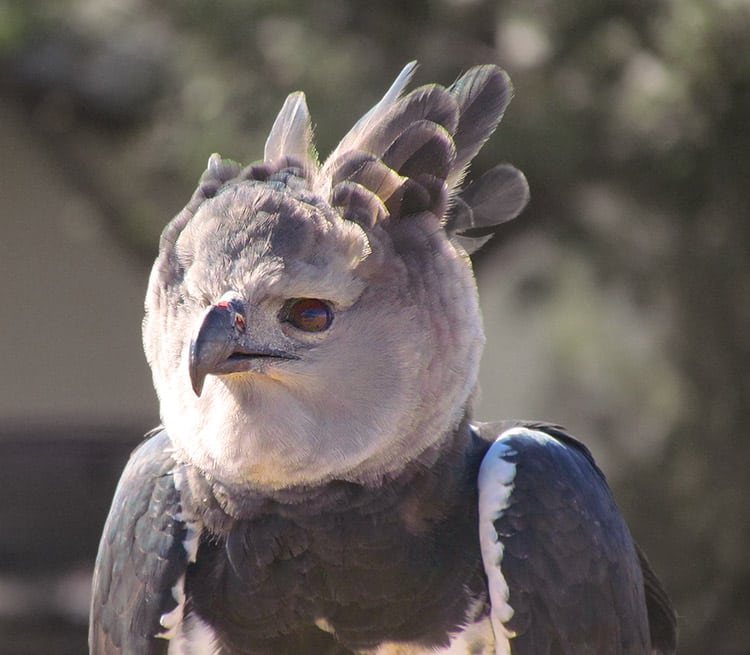 The only penguin species found in Peru, the medium-sized Humboldt Penguin nests on rocky coastline areas in Peru and Chile. Among the best avian swimmers, but more clumsy on land, these bullet-shaped penguins can shoot through the ocean at speeds of 30 mph! It has webbed feet with a claw at the base that facilitates climbing among the rocks and caves of its coastal terrain. You can likely see this black and white waddling bird, when you visit the Ballestas Islands, near Paracas. 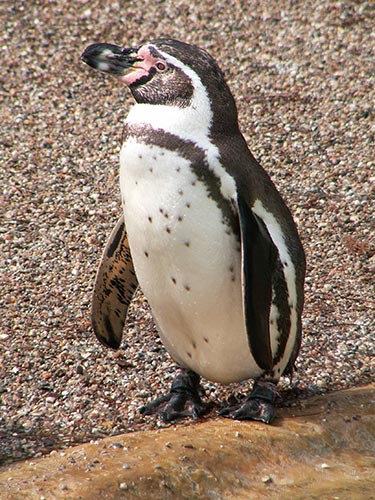 This fascinating hummingbird is endemic to Peru and is only found in the Huembo Reserve in the department of Amazonas. The reserve has a “Colibrí Sanctuary” with feeding stations and marked trails to make it easy enough to view the hummers. The males of the species have four long tail feathers, with purplish-blue rackets or spatulas on the end, which they twirl acrobatically to attract mates. Birders will want to get a glimpse of these little marvels of nature during their Peru trip. 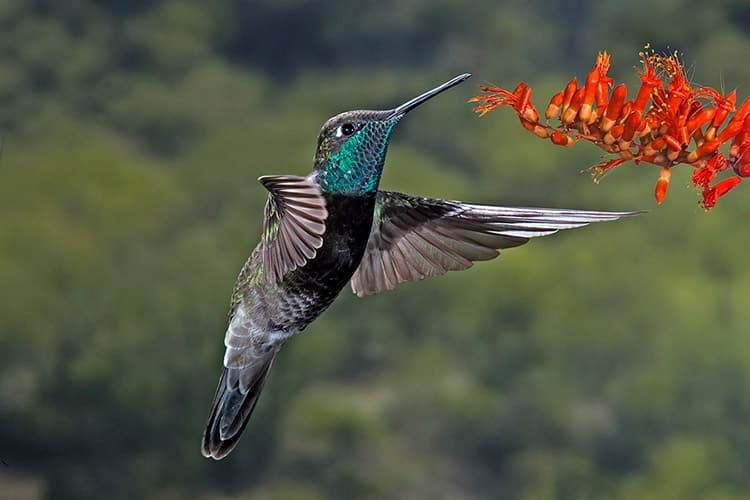 Andean Cock of the Rock

Known as Peru’s national bird, the male of this species is bright orange in color with a crested head, and like many bird species, the females are duller in hue. They are known for the elaborate dances they perform to attract mates at courtship areas known as leks. These brilliantly colored birds can be spotted in the cloud-forested areas of Manu National Park, and sometimes along the Inca Trail and in Machu Picchu. 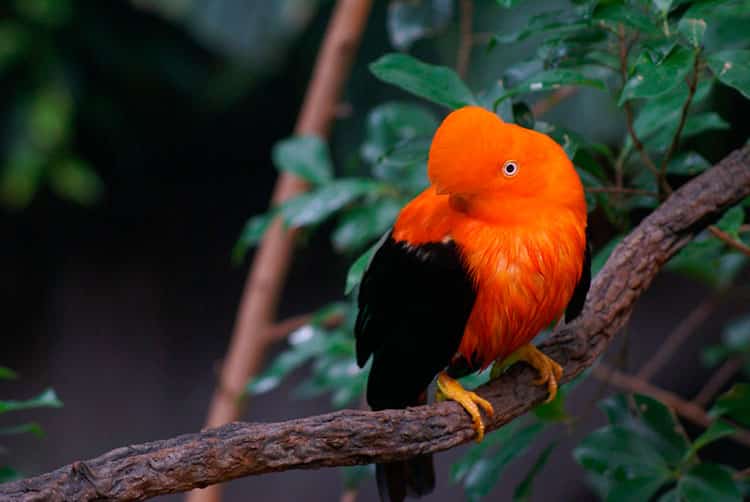 This New World vulture has an enormous ten-foot wingspan and can best be spotted on your trip to the Colca Canyon region around Arequipa. It is considered to be the largest flying bird in the world, when weight and wingspan are both taken into consideration. Although it is endangered due to habitat loss and hunting by farmers that mistakenly think it kills livestock, efforts are being made to breed and re-introduce these magnificent birds back into the wild canyons of Peru. 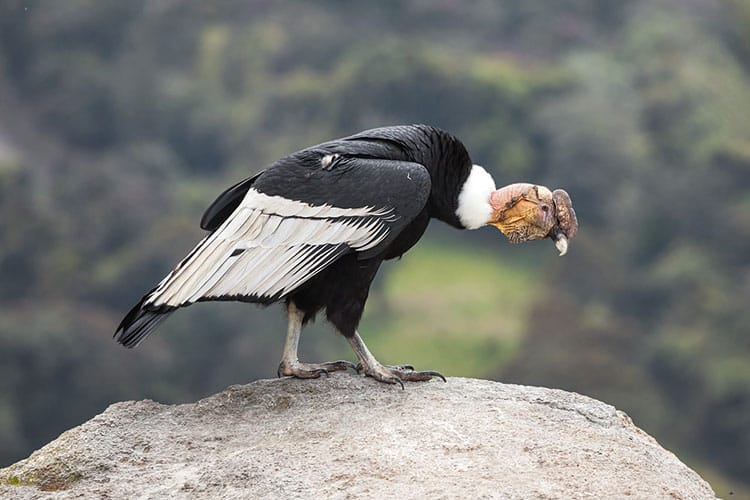 Perhaps the weirdest of the birds discussed here, the prehistoric-seeming hoatzin is found in the Amazon region near Iquitos. It is a large bird with a rusty orange, spiked crest, and is also known as the stinkbird, due to the foul odor it emits. The odor comes from the fermentation of the foodstuffs it consumes in its enlarged crop, which is more akin to the digestive system of ruminants, such as cows, than other birds. Its young have claws on the ends of their wings to enable them to grab onto tree branches and dig into the ground to rescue themselves when they occasionally fall into the waters over which they nest. These strange birds can be spotted in the Amazonian regions near Iquitos as well as in Manu National Park. 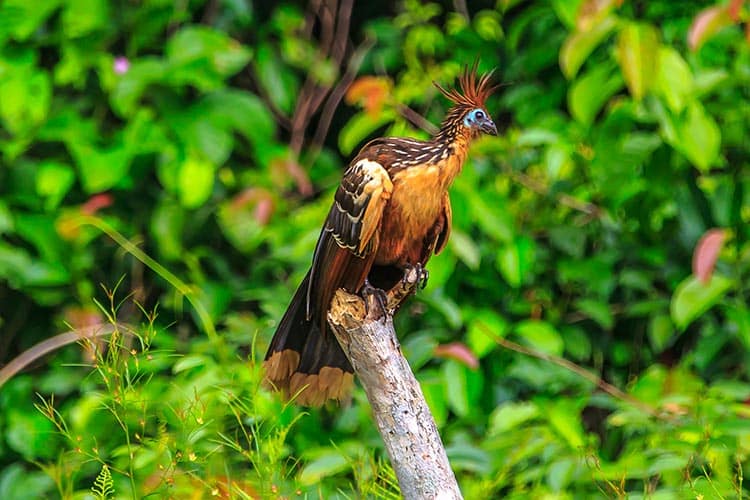 At Kuoda, we can design an itinerary that will cover all of the regions mentioned above to help you spot these and many more of the plethora of bird species found in incredible Peru.