Really Good Soup you have to try in Peru 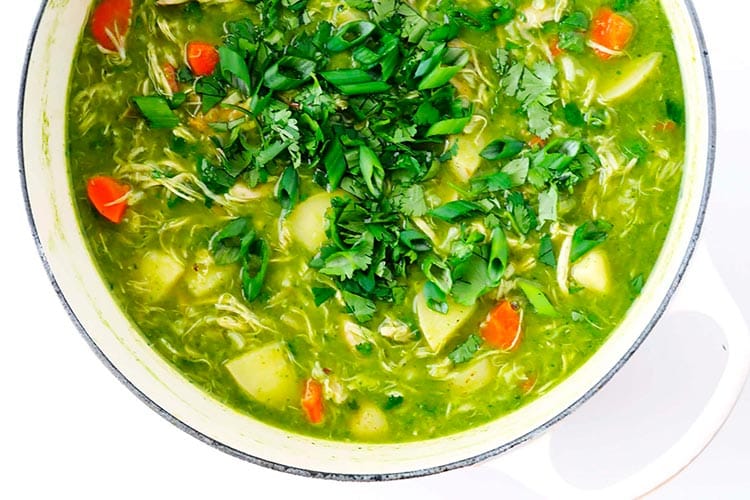 Something that stood out when I arrived on my first journey to Peru, which contrasted sharply with my experience in the US, was the nearly universal presence of really good soup. In every restaurant, even the most humble, soup was served before the meal. And we are not talking about the unidentified liquid-in-a-can that passes for soup in many US establishments. On the contrary! No matter how inexpensive the meal, soup was always served as the first course, and it was nearly always a soup full of natural, colorful, nutritious ingredients that had likely been simmering on a hot stove for hours. In fact, on my first trip to Peru, it was the SOUP that alerted me to the fact that Peru’s cuisine was out of the ordinary.

There is nothing to make you feel comfortable and warm you up from the inside like a bowl of steaming Peruvian soup. This blog features five of the most delightful ones, with links to recipes found on the web that I believe make a fair case for Peru having the best soup on Earth.

1-Caldo de Res (or Caldo de Gallina) Caldo means Scalding, and Res is beef. Gallina means free-range hen). This soup-in-a-meal is delicious, simple, and warming, usually consisting of a large piece of beef or hen, a boiled potato, perhaps a piece of boiled yucca, a boiled carrot, a large chunk of zapallo, or pumpkin, and a piece of choclo, or corn. Other vegetables may be included, as well as some slices of lime and ají (hot pepper) on the side to optionally spice things up a bit. An excellent soup if you are cold or if you have a cold! “Recipe Here” 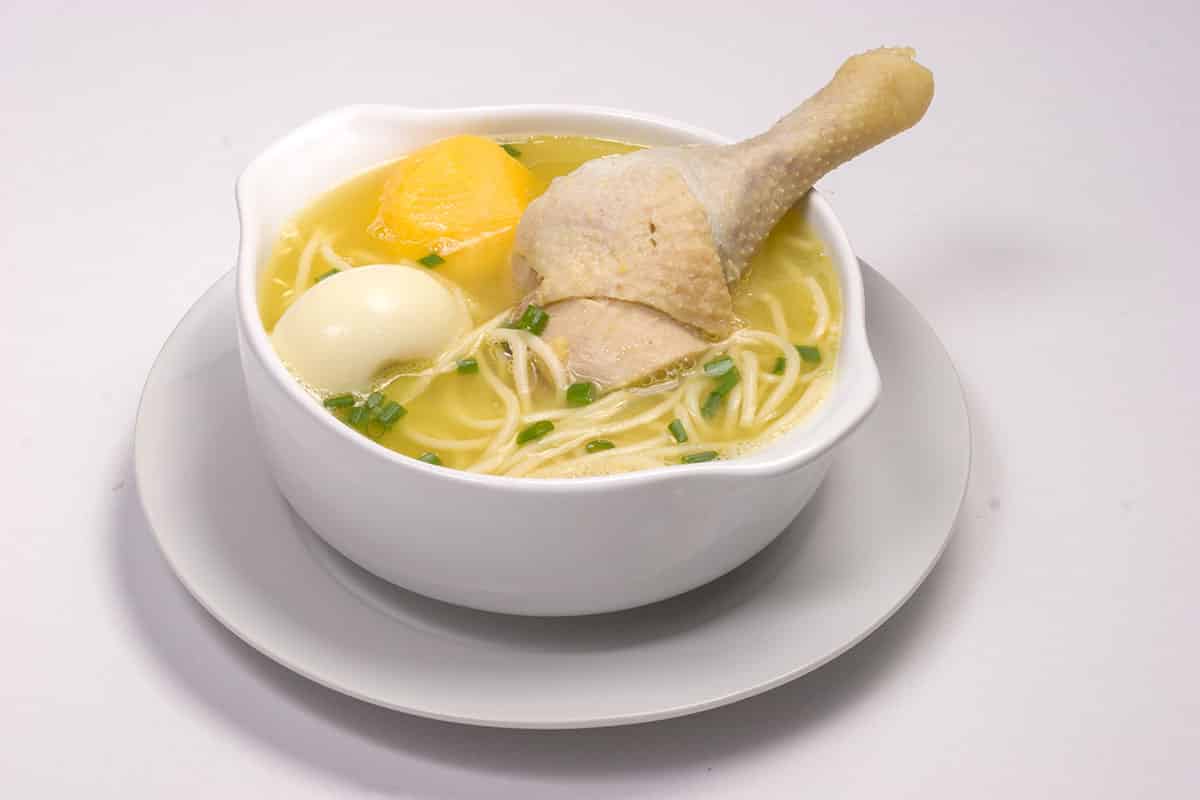 2- Sopa Criolla and Sopa a la minuta– These two similar savory soups both feature ground or minced beef, a tomato-y broth, aji panca (Peruvian pepper), eggs, and angel hair pasta: both are absolutely delicious. There appears to be some long-standing disagreement among chefs as to the differences between the two. I have it from an excellent source that in Sopa a la minuta, the egg is batido, or whipped right into the broth. Sopa Criolla features a fried egg that is placed on top of the finished soup. Either way, you’ll be begging for more! Here’s a recipe. 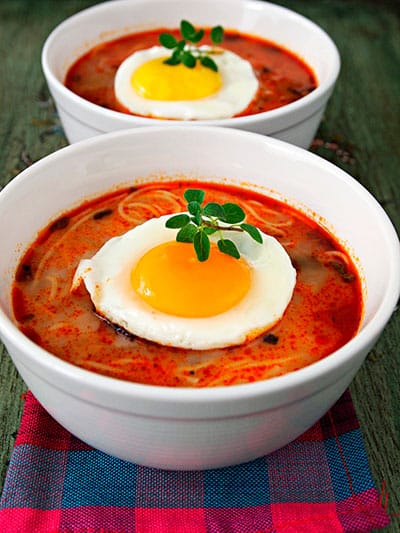 3- Crema de Maíz – Peruvians distinguish between their sopas and their cremas. The latter will usually include milk or cream in the ingredients, and most of the vegetables will be liquefied until smooth, with a few unblended vegetable cubes or kernels added for texture, resulting in an amazing cream soup. This Peruvian take on Creamed Corn Soup is comforting, delectable and buttery.  What more can you ask for in a soup? “Recipe Here” 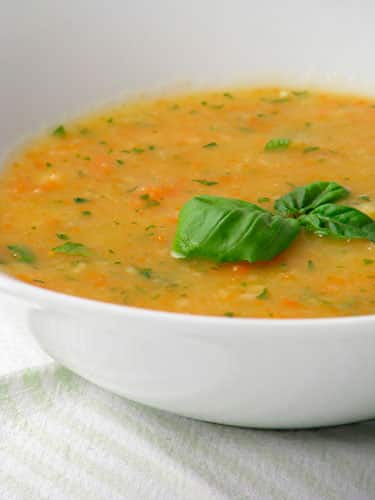 4- Sopa Wantan Especial – Found in most Chifa restaurants throughout Peru, this Peruvian- Chinese take on Wonton Soup is made even more mouthwatering by the liberal use of ginger, colantao (pea pods), and especially, huevos de codorníz, quail eggs! The soup also commonly includes wontons, roast pork, chicken, shrimp, and beef, in a chicken broth. I have often ordered this for my meal and been utterly satisfied with no additional entree. “Recipe Here” 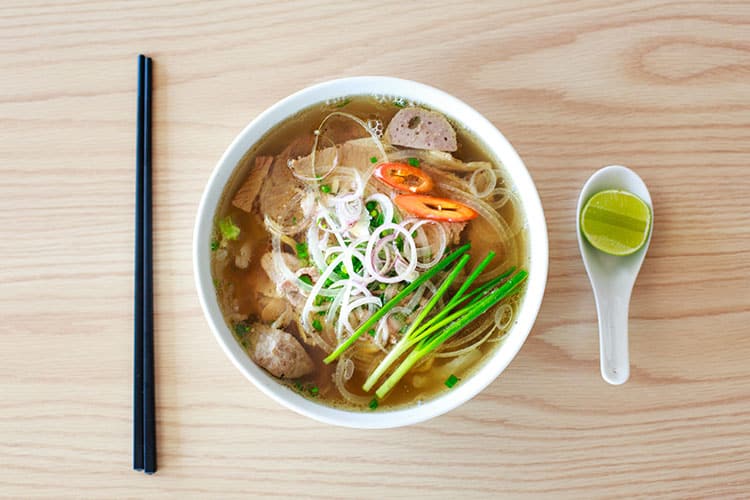 5- Aguadito de Pollo – If you read the blog we published a couple of weeks ago about pollerías in Peru, you may remember that the first course at almost every chicken restaurant is a steaming bowl of Aguadito de Pollo. This mouth-watering soup is usually bright green, owing to the heavy use of cilantro. There may also be a chicken foot (considered a delicacy in Peru), gizzards, and chicken livers. With a couple of squirts of lime juice and a bit of ají amarillo, this is a great prelude to a pollo a la brasa (wood-fired chicken) meal. “Recipe Here” 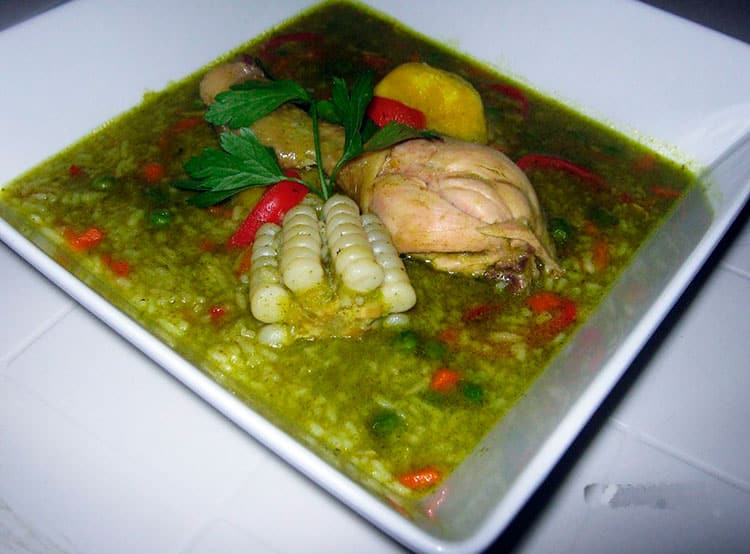 Hungry yet? Join us for your luxury trip to Peru, where we will make sure you get to try some of these “really good soups,” and learn firsthand why Peruvian soups are, hands down, the best on the planet!