Kuelap Peru: The Incredible Machu Picchu Alternative Worth the Visit 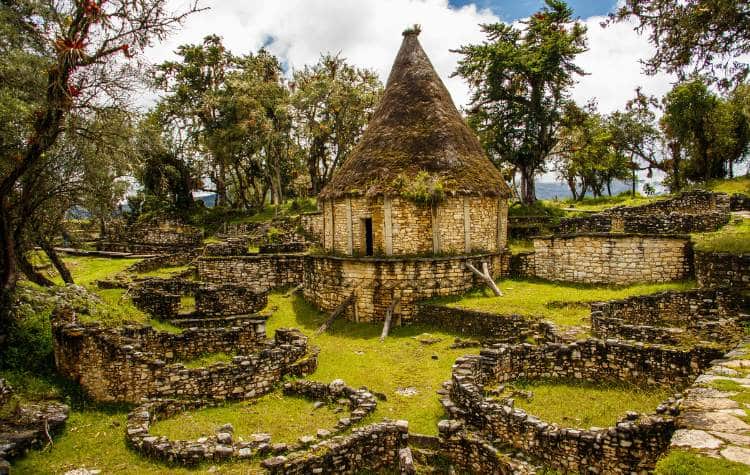 Machu Picchu might be at the top of your Peru bucket list. But wait until we tell you about Kuelap Peru.

The Kuelap fortress of northern Peru is quickly becoming one of the country’s top archeological sites. Built by the ancient Chachapoyas people, it features incredible stone masonry and even more incredible history – both of which are very different from those of Machu Picchu but are just as impressive and awe-inspiring.

If you’ve never heard of this Machu Picchu alternative, you’re not alone. It’s been on the map for less than 50 years, but as infrastructure grows and access becomes easier, this pre-Incan archeological site is growing in popularity. Get in on the action before the crowds take over with this guide to Kuelap, Peru.

– The History of Kuelap Peru 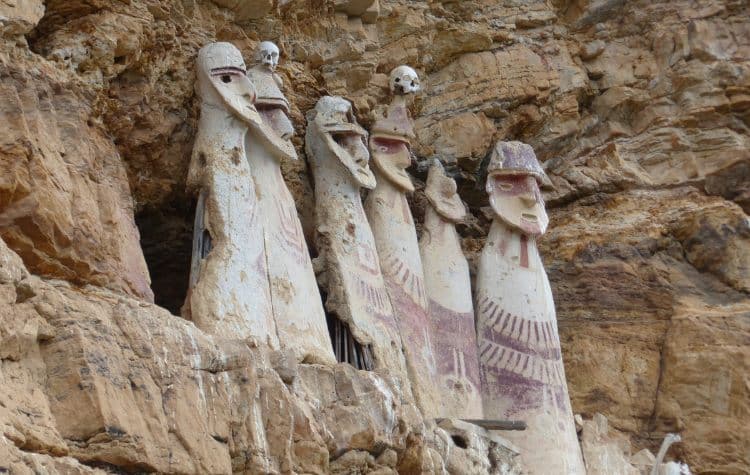 The Kuelap fortress Peru was built by an ancient civilization of people that pre-date the Incas. Indeed, although the majority of the site was built between 900 and 1100 CE, the Chachapoyas people inhabited this region as early as 400 BCE – a whopping 2,400 years ago.

Also called the Cloud Warriors, we don’t know much about this civilization because they didn’t keep written records. What we do know, however, is that because of where it sits high atop a mountain, they likely used it for defense from invasion. It’s believed to also have served as a site for the practice of religion and the crafting of production.

At its height, it likely housed more than 5,000 people, many of which were priests, lords, and other significant people in society. And though the Inca Empire conquered much of the surrounding area by 1470 CE, the Chachapoyas people were never wiped out. In fact, the indigenous people who live in the area today share the same DNA as these ancient peoples.

It wasn’t until 1570 that the area was truly conquered by the Spanish. Following that, the site was abandoned and swiftly faded into history. As the surrounding jungle took over, the buildings and their importance were forgotten by the indigenous of the area. In 1843, it was rediscovered but remained mostly unknown until radar found the site again in the 1980s.

Today, what remains of the Kuelap fortress of northern Peru are mostly the foundations of the buildings that once stood there, save for a few houses, the impressive outer wall, and the Templo Mayor. On these buildings, we can still see geometrical shapes, carvings, and even remaining colors. But it’s the mystic energy of the place that draws visitors and captivates all of their senses.

– When Is The Best Time To Visit Kuelap 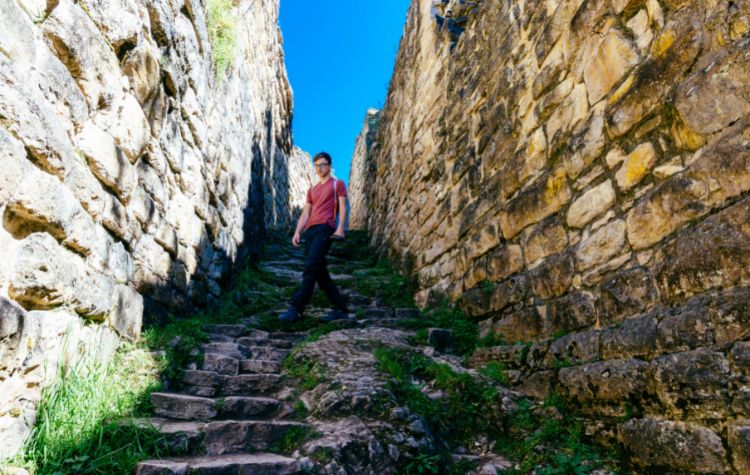 Like most of the climates in Peru, the weather in Kuelap falls into two seasons. These are the dry season and the rainy season.

If you’re looking for mostly sunny days in which to explore the ruins, visit Kuelap during the dry season, which runs from May to September. Although it’s a little bit cooler than the wet season, you’re less likely to have rain while you explore, and the sun is still strong enough to keep you nice and comfy. Be sure to pack insect repellent, sunscreen, sunglasses, and a raincoat, because although it’s less likely, the chance of rain always exists in the cloud forest within which Kuelap sits.

To be sure, the site is accessible year-round, which means you can still visit during the rainy season. Some tourists even prefer this time of year, as the clouds and mist add to the mystical feeling of this ancient site. Wet season runs between October and April, with daytime temperatures that are even warmer than those of the dry season (thanks to the clouds keeping in the atmospheric heat).

When considering a visit to Kuelap, consider that this archeological site is under review as a candidate for UNESCO World Heritage Site status. When that happens, international recognition is sure to bring more annual tourists. So, if you’re thinking about seeing it, be sure to see it sooner than later, before the crowds become as large as those at Machu Picchu.

– How to Visit Kuelap 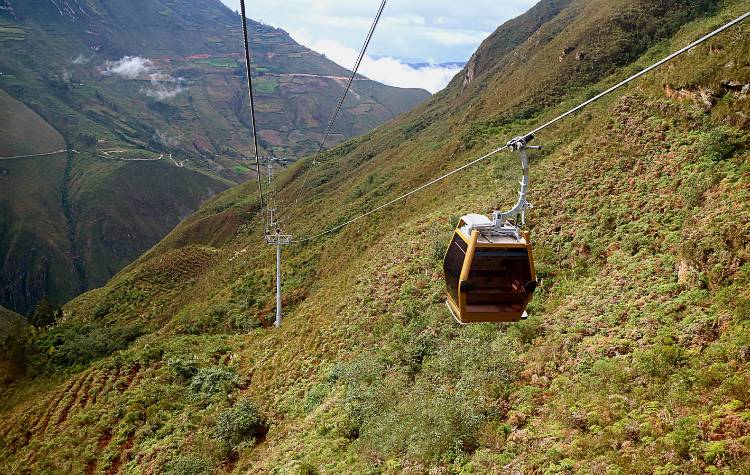 If you’re an off-the-beaten-path kind of traveler, it doesn’t really get any more remote than Kuelap, Peru. Sitting atop the high Andes mountains in the northern Amazonas region, it’s no wonder this incredible site went undiscovered for so long after the Spanish conquest.

The fortress, which is actually more of a citadel than anything else, is surrounded by an outer wall that’s 65 feet high. Within that wall are 505 dwellings, and around it is an additional 420 dwellings. To travel to the site from Chachapoyas and properly explore all of its corners takes about 8 hours.

Like many of the great ruins of Peru, you can absolutely visit without taking a tour. However, we highly recommend that you do. Tours are inexpensive, last about two hours, and they’ll give you an inside look at what this fortress was used for and the incredible history and culture of the people who built it. Though some of this information is available on bulletins around the site, nothing compares to the inside knowledge you’ll receive from a local guide.

Kuoda takes care of all your transportation needs to and from the site, but you can choose to get there by car or take the cable car (which, again, we highly recommend). The cable car, also called a teleferico, runs 14,435 feet from Nuevo Tingo up the steep mountainside. It takes about 20 minutes each way, gives you beautiful views of the valley, and saves you a 90-minute drive up a winding dirt road.

If you’re craving the same valley views but you’re a little more on the adventurous side, then try hiking up to the site. There’s a well-marked, 6-mile trail that takes about 4.5 hours and ascends nearly 4,000 feet. Bring plenty of water and good hiking boots and know that there’s usually always a local with a burro (donkey) for rent if it gets too trying. 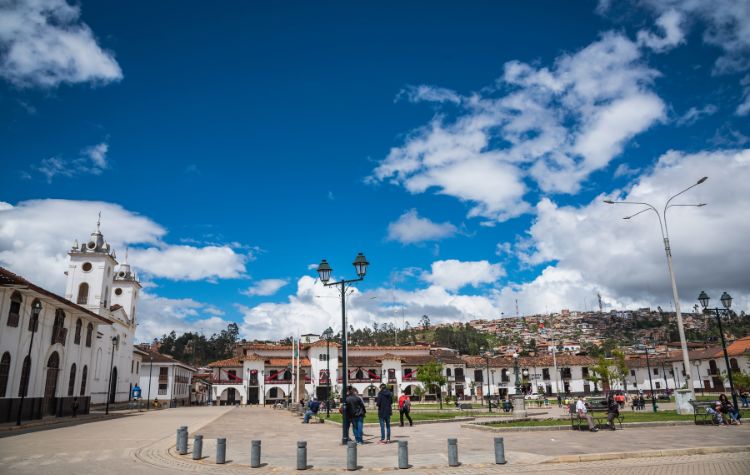 As we’ve already mentioned, this spot is about as remote as it gets. Kuelap, Peru is located on a mountaintop within the Utcubamba River Valley, 9,842 meters above sea level.

For that reason, we highly recommend giving yourself a few days to acclimate before heading out on your tour. That will give you the best chance of enjoying every minute of your exploration, without the dizzying effects of altitude sickness getting in the way.

The closest city to stay is Chachapoyas. As lovely as this town is, it doesn’t have the luxury that you can find in Cusco, Lima, or Arequipa. But that doesn’t mean you can’t find comfortable spots. At Kuoda, we’re experts in finding the hidden gems, so talk to us today about your best options for lodging on your visit to Kuelap and Chachapoyas.

– Is Kuelap Worth the Visit?

Absolutely it is! Kuelap, Peru is under review for inclusion as a UNESCO World Heritage site for good reason. It’s ancient, it’s extensive, it’s beautiful, and it contains a mystical feeling that’s undeniable and just as strong as that of Machu Picchu.

Before this incredible site goes the way of Machu Picchu in terms of popularity and large amounts of tourists, book a trip with Kuoda. We’ll take care of all of the details, including getting there, staying there, and feeling comfortable. 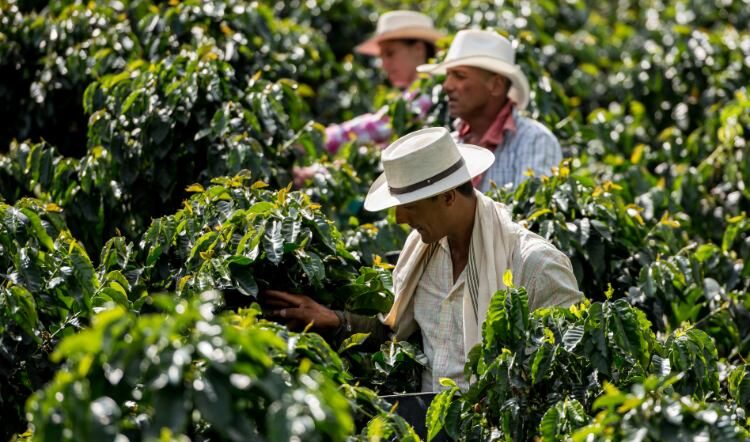 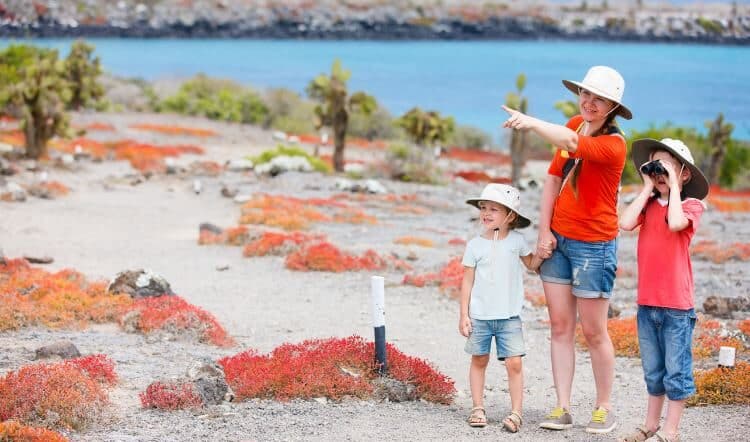 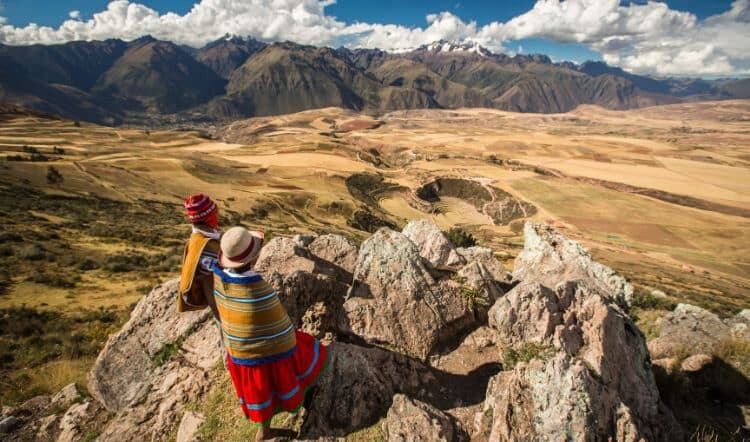