Huayno: The Sound of the Andes 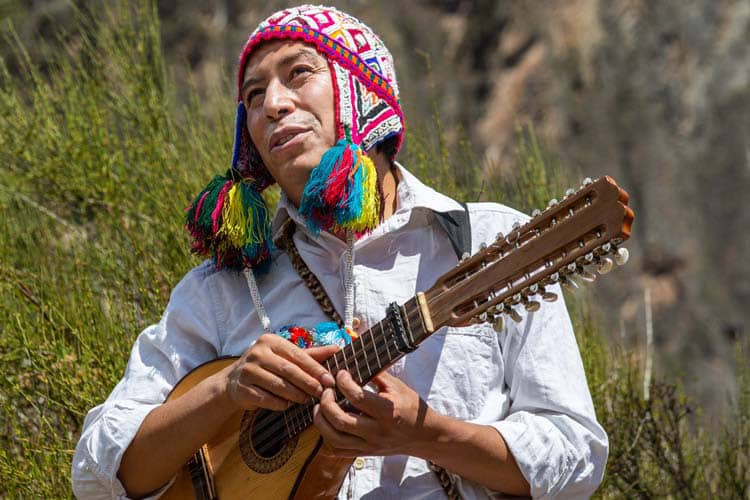 Your luxury adventure to Peru will be greatly enhanced by attending a fiesta that includes music and dance from the traditional Huayno tradition of the Andes. Huayno is a genre of music found in Peru, Bolivia, Chile, and Argentina, and is practiced mainly among the Quechua-speaking populations of these countries. Influenced by a mixture of Spanish and native musical traditions, the genre dates back to colonial times.

In many Andean gatherings, Huayno music, zapateo dance, and chicha (corn beer) combine to create a unique celebratory environment found only in the Andes. A sense of welcome and joy radiates through the party. A vocalist generally singing in a high register is accompanied by a variety of European and Andean instruments such as guitars, harps, charangos (an Andean lute), and sikus (Andean pan-pipes), all of which set the pace for the gathering dancers. 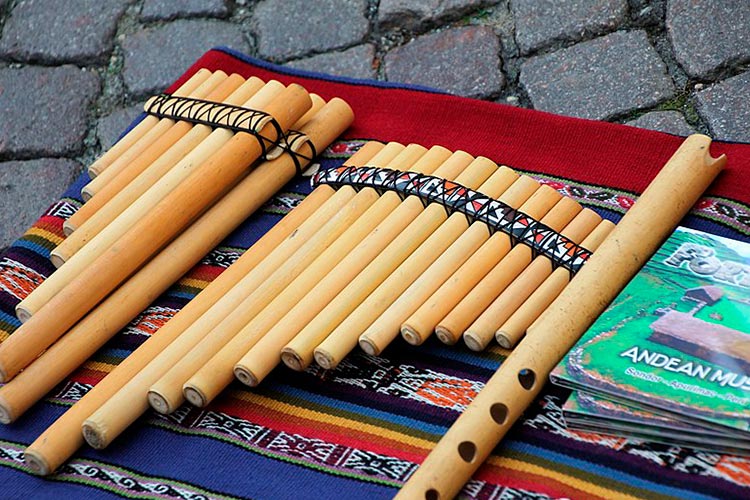 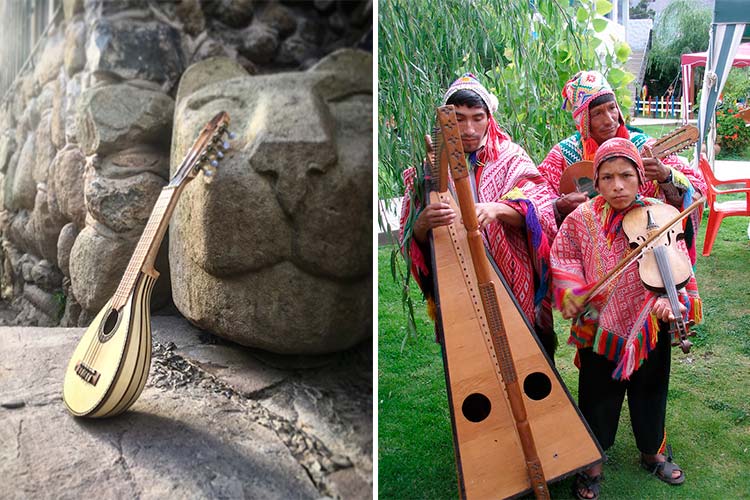 The dancers stomp their feet to the driving yet tensely reigned-in rhythm, usually consisting of one beat followed by two short beats. The traditional lead/follow roles are reversed as the man follows the woman in a playful and coquettish age-old musical courtship. Huayno dancers dress in native clothing, including short skirts and colorful embroidered jackets for women and woven ponchos for men. 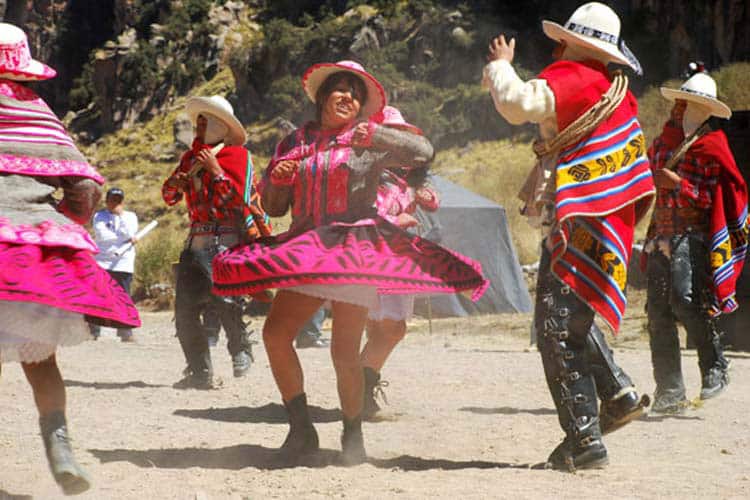 The genre has pre-Hispanic origins but with time, like many cultural manifestations of the Andes, it has morphed into a hybrid of Spanish and native styles. It is difficult to distinguish which elements emerged from each tradition; however, one thing is certain, this art form is an important part of Andean cultural identity.

The sound of Huayno is the sound of the Andes: festive yet melancholic. There is both longing and celebration in the sound of the panpipes and wailing vocals that evoke the time when native Andean people lived life on their terms, dreaming of the days before the Spanish conquest. 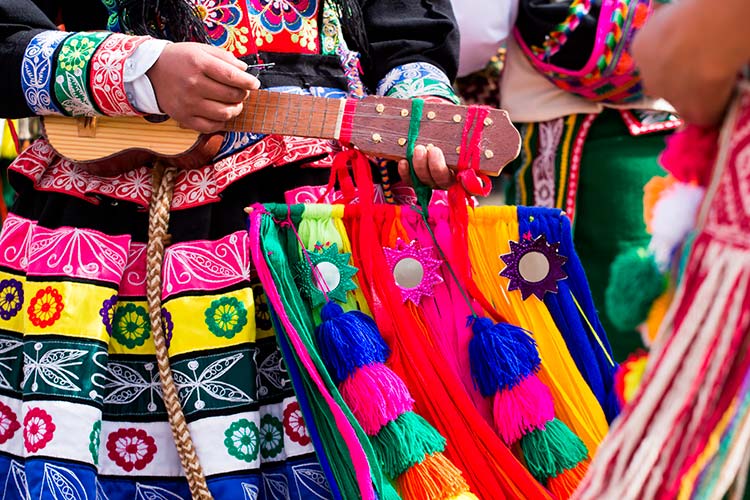 Many Huayno song lyrics combine Quechua and Spanish, providing an excellent opportunity to work on your language chops during your private Peru holiday. One of the emblematic songs that combines both languages is entitled “Adios Pueblo de Ayacucho,” (Goodbye, Town of Ayacucho). This song narrates the tale of a priest who falls in love with a high-class woman from Huamanga, and once the love affair is discovered, he is banished from his town. The lyrics reflect the two-fold heartbreak of the priest, who loses not only his home, but his beloved as well. Other well-known songs in this genre are “Ojos Azules,” “Valicha,” and “Vienes y Te Vas” by Cusqueñan artist William Luna.

In modern-day Peru, it’s possible to hear every variety of music the world has to offer, with live bands playing styles from Cuban salsa to American rock. However Huayno, similar to traditional mountain music from around the world, holds a special place in the hearts of those living here in the Andes Mountains. By listening and dancing to this music, you’ll gain a deeper understanding of Andean culture. So while on your luxury adventure to Peru, be sure to throw on your dancing shoes and let Kuoda host you to an unforgettable experience, combining Huayno music with food and drink. You may even be invited to join in the dance! 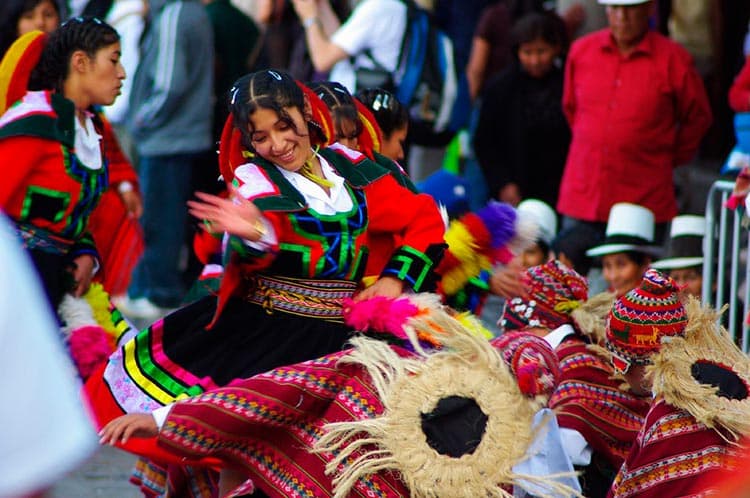