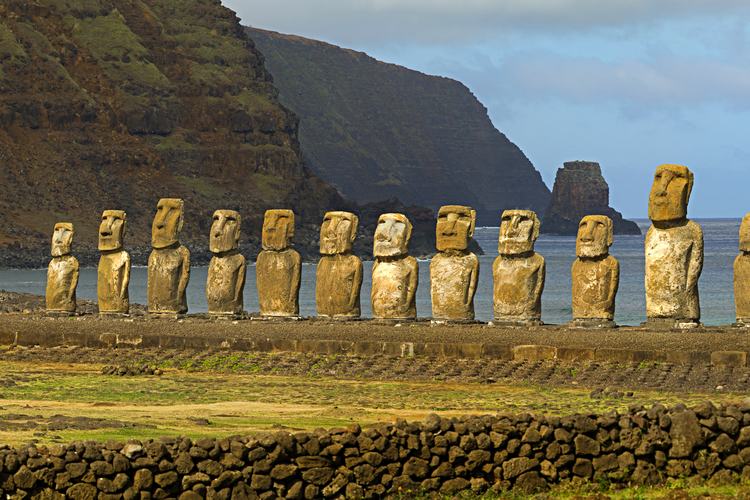 Chile is home to many exciting things to see and do. However, one of the most mysterious and remote places to visit would be the enigmatic Easter Island. Known as Rapa Nui to those who first lived there, this fascinating place holds many mysteries – how did people get there in the first place? What happened to all of the trees? And most mysterious of all, what about those big statues that you find all over the island? What do they mean, how were they made, and how the heck did they transport them from the quarry to their final place?

Easter Island was given this name by the Dutch explorer Jacob Roggeveen, whose ship came across the island on Easter Sunday in 1722. The first inhabitants arrived from Polynesia long before that, though it’s nearly impossible to know precisely when. Some historians put their arrival at around 1200 AD, while others believe it may have been much earlier, anywhere from 100 AD to 800 AD. What is evident, however, is that these early settlers on the island were very clever, and built a complex society using what the island gave them. 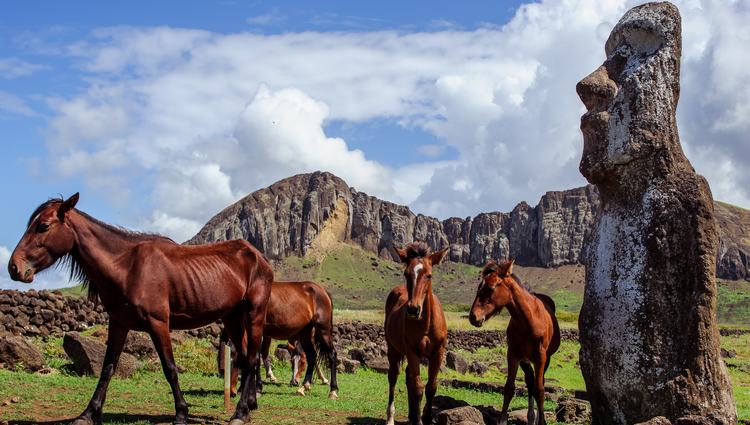 These first inhabitants of Rapa Nui likely arrived on the island on boats made of a sort of double canoe, a common sea-faring type of vessel used in Polynesia over 1,000 years ago. When they arrived, the island was covered with thick vegetation, including a vast forest of palm trees, similar to what you would find on the island of Oahu today. In the process of settling the island, however, they cleared much of the forest and burned the trees, using the ash as fertilizer. Over the centuries, this slash-and-burn style farming led to massive deforestation, leaving the island with very few trees.

Another theory of what happened to the trees has to do with the giant statues you can find all over the island, called Maoi. There have been 887 statues accounted for, and they were all created between 1100-1680 AD, according to carbon dating. The majority were carved from a soft volcanic stone called tuff, using hand tools made from obsidian. One of these statues would take a team of 5 or 6 men approximately a year to create, though only about a quarter of them were actually installed. Nearly half of the moai that have been found remained at the quarry where they were created. The rest of them can be found along the sides of the road, never having made it to their destinations.

These statues are incredibly massive, and so there is much speculation of how they were moved from the quarry to their final destinations around the island. Some think that this is where many of those trees went – the statues could be pulled relatively smoothly over the terrain using the trunks of the palm trees as rollers. Others believe that these statues were ‘walked’ to their destinations, with ropes attached from either side and using a rocking motion along with gravity to move the figures while upright, giving them the appearance of walking. This would fit the legend that locals tell of the Moai “walking” to their final resting places. 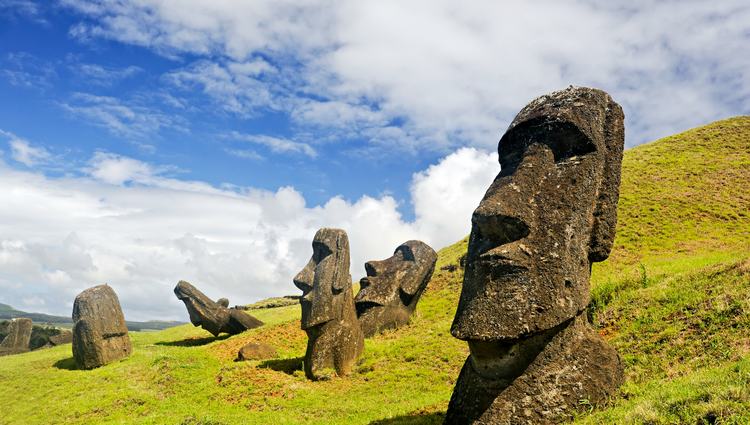 These impressive statues were built as memorials to chieftains and other important people who had passed. The ones who reached their intended locations were placed upon platforms called ahus and served at tombs for the people they were meant to memorialize. These tombs and statues were placed with their backs to the ocean, gazing inland upon the island. In this way, those who had passed away would forever look over and protect their tribe and bring them good fortune.

Easter Island, or Rapa Nui, is an isolated place full of history and mystery. You can gaze out over the now-stark landscape, and visit the many moai dotting the island. While it is a long flight to get there from its mother country of Chile, it’s definitely worth a visit to experience a bit of this fascinating and ancient culture.