How Christmas is Celebrated in Colombia 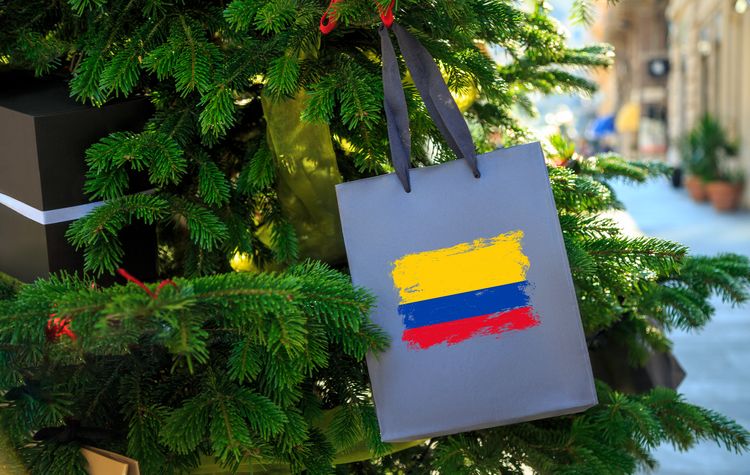 In this installment of our series on Christmas around South America, we’ll talk about some of the colorful traditions of a Colombian Christmas. This gorgeous country, located in the northern part of South America, is known for its emeralds, its wonderful coffee, and as the birthplace of famous magical surrealist author Gabriel Garcia Marquez.

Colombia has its own unique style of Christmas magic as well, even though some traditions overlap with those found in Peru and Bolivia. Let’s travel to the only South American nation that can brag about having a Pacific as well as a Caribbean coastline as we explore how Christmas is celebrated in Colombia. 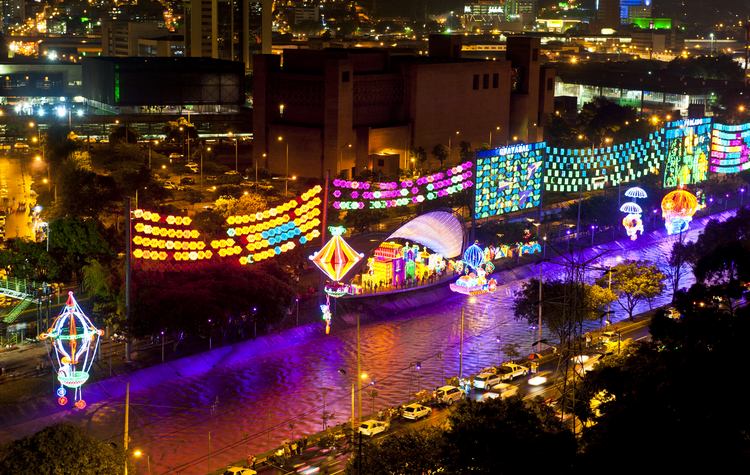 Both Christmas trees and elaborate nativity scenes known as pesebres (meaning ‘stable’) are found throughout Colombia, however, the most unique and magical decor spurs from the celebration known as Día de las Velitas, or Day of Little Candles. Colombians line the streets with thousands of little candles in handmade lanterns, lighting a pathway for Mary, the mother of Jesus, as she comes to bless their homes. This takes place on December 7, the Catholic Day of the Immaculate Conception.

The candles may be placed inside luminarias or farolitos, which are plastic or paper coverings to protect the flame from the wind and create a magical glow. The presentation of the candles and coverings differs depending on the region of Colombia.

In Bogota, Colombia’s capital, the candles are placed in doorways and windows of homes and buildings. Many streets are closed so as to be filled with family fun, games, and activities that go on all night. Meanwhile, Medellín celebrates with multitudes of candles in the streets, and the celebration continues until nighttime on December 8. 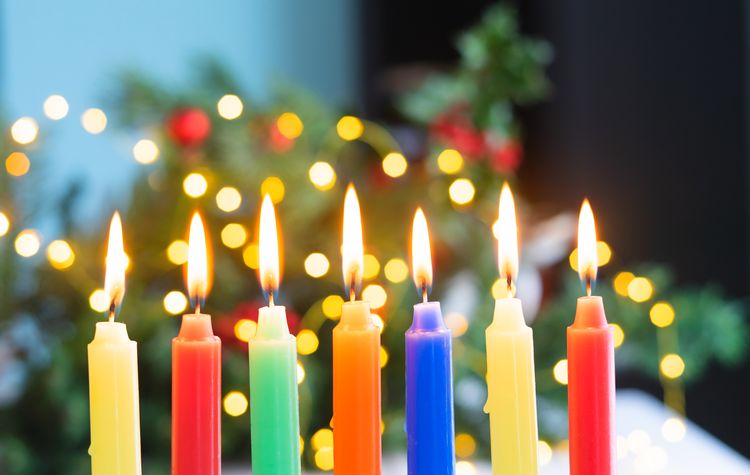 A Colombian tradition, which is also practiced in Ecuador and Venezuela, is known as the Novena de Aguinaldos. This custom is practiced during the nine nights leading up to Christmas Eve. Colombian families take it in turn to host a Novena party, which includes a set of Christmas prayers, followed by the singing of Christmas songs known as villancicos, festive merriment, and Christmas food and drink.

A unique Christmas experience in Colombia 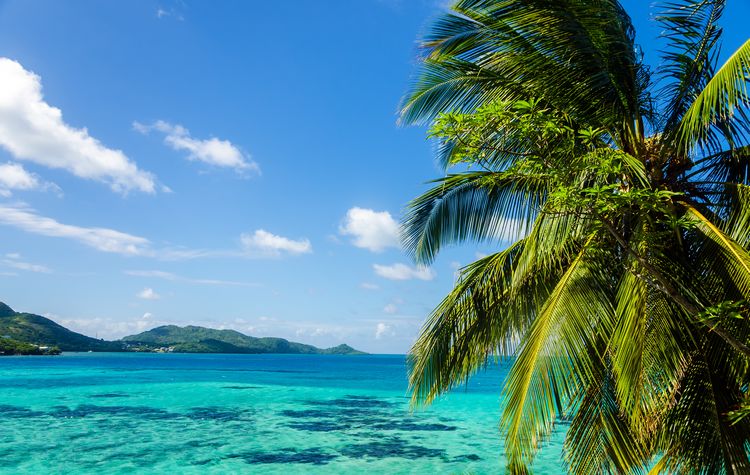 Make your next Christmas a tropical experience to share with the family. Escape to the Caribbean and soak in that much-needed Vitamin D in a picturesque setting like Isla San Andres. Some of the best snorkeling opportunities in Colombia can be found around the island. Not to mention its breathtaking mar de siete colores (sea of seven colors). Who needs Christmas lights when the water naturally changes from blue to green and even purple?

The tiny island is a true gift for the luxury traveler, as it provides the opportunity to disconnect from your typical environment and sink into the rich comforts and simplicity of Caribbean life. Ask your Kuoda travel designer for more information about spending Christmas and a tailor-made journey on the San Andres Island. 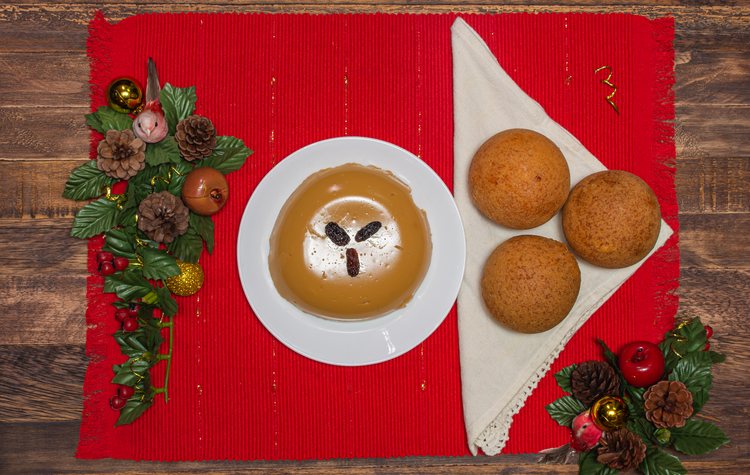 The Christmas meal in Colombia is frequently consumed before midnight mass. Among the special Colombian Christmas foods are lechona, a pork roast with a filling of peas and rice; arepas, fried cornmeal cakes filled with meat or vegetables; ajiaco bogotano, a flavorful chicken, potato, and corn soup.

Perhaps the most beloved dish of a Christmas feast is the natilla, a creamy Christmas custard. This can be part of the dessert or holiday treat buffet, alongside buñuelos (fried dough) and manjar blanco (a creamy caramel-like spread).

While the youngest in the family sip on hot chocolate, the adults have their own recipe for stepping into that holiday spirit. Canelazo is based on the anise-flavored liquor known as aguardiente. To sweeten it up, some sugar or panela (unrefined cane sugar) is first stirred into a mug of hot water with cinnamon and cloves before adding in a splash of aguardiente.

Too hot to sip on canelazo? Try the creamy cocktail known as sabajon. Using aguardiente or rum as the kicker, a mix of milk, egg yolk, sugar, vanilla and plenty of cinnamon are mixed. Typically prepared in large batches during the holiday season, a jug of sabajon can often be found in the fridge of a large Colombian family around Christmas. 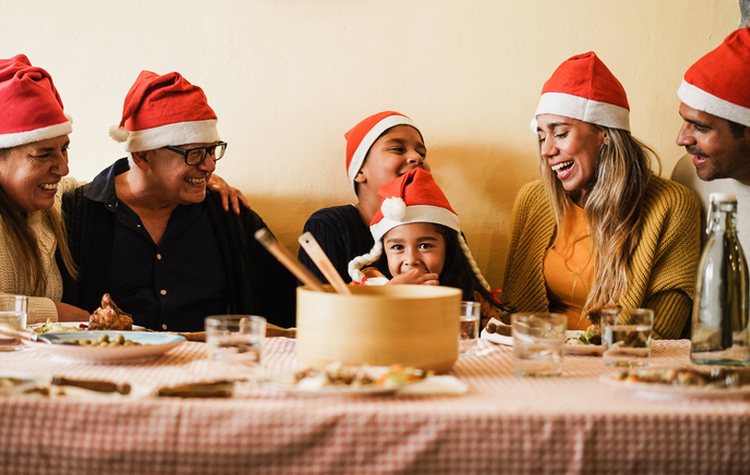 In many regions of the Northern Hemisphere, December 25 is the main day for celebrating Christmas. In Latin America however, many countries, including Colombia, celebrate on the day before. Come December 24, Noche Buena, Colombians celebrate Christmas by gathering friends and family into one house for eating, drinking and dancing.

Depending on the amount of people gathering, the feast may be done potluck-style. After eating, it’s either time to attend midnight mass or to continue the celebrations at home and to start opening gifts. (In Colombia, children assume the gifts are brought by Niño Jesus rather than Santa Claus.)

Christmas Day is spent relaxing and, in the case of some adults, recovering from the excesses of the previous night! 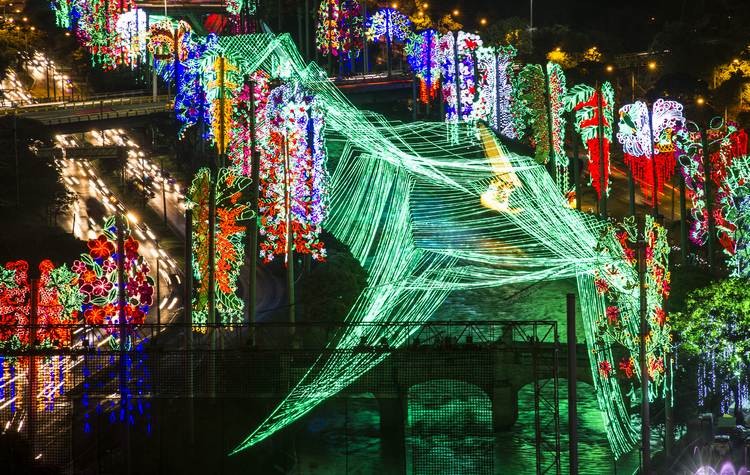 A post-Christmas celebration known as el Día de Los Inocentes takes place on December 28. This celebration commemorates the day on which the biblical King Herod commanded the slaughter of male children under two years of age in order to prevent the prophecy of his downfall.

Despite its gruesome origins, this is known as a day of jokes and fun throughout Colombia as well as a day to celebrate childhood, perhaps as a sort of antidote to the unspeakable crime portrayed in the story that inspired it. Activities benefiting children and celebrating childhood are staged around the country. Television programs even show bloopers and mistakes people made throughout the year for laughs.