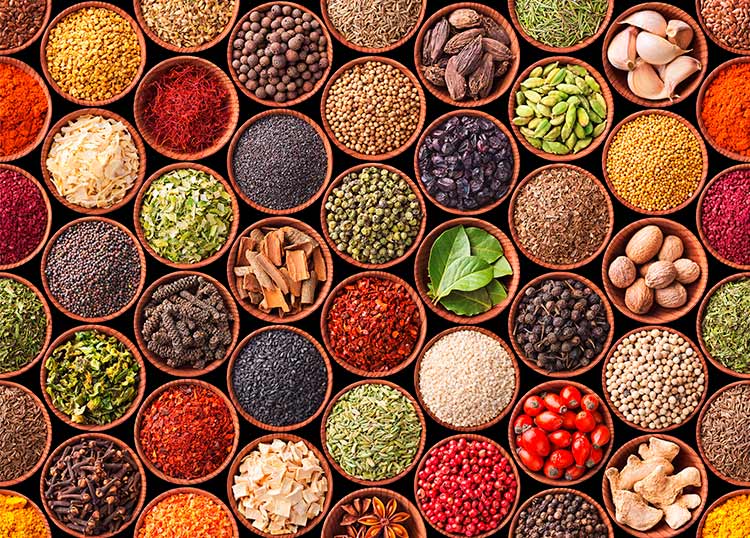 Peru is truly an abundant country that has provided the world with many gifts.

It’s a nation of diverse climates, with mountains, desert, jungle, and sea regions. Each of these types of terrain offers the ideal conditions to grow specific crops, many of which are used all over the world. Here we will take a look at foods that originated in Peru, and over the next several weeks, we’ll discuss foods from different regions throughout Peru that you can sample during your trip to Peru. 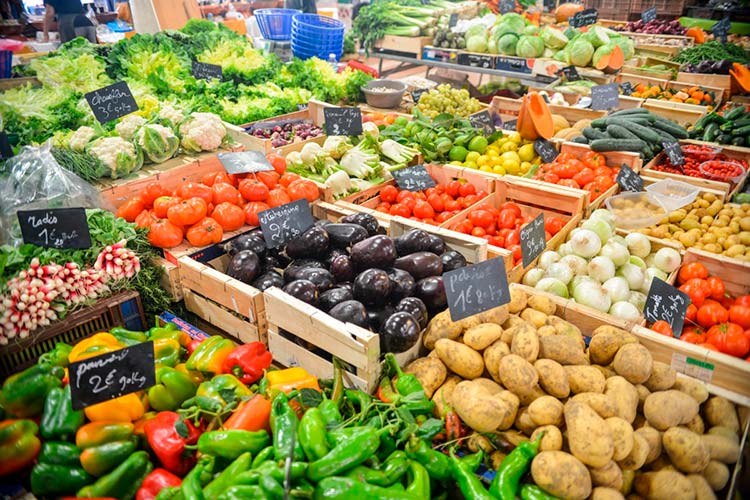 One example of a food that originated in Peru you may know about is the potato. Brought to Europe in the 15th century, the potato is now the third most important agricultural crop in the world. And there are more than 4000 varieties of potatoes grown in Peru! They come in many sizes, shapes, and colors, and each type of potato is suited to different cooking techniques, with particular varieties best for frying, boiling, mashing, etc. They can be yellow, pink, magenta, brown, mottled and spotted, and even purple inside and out! There are also approximately 180 wild potato species, which, though not edible, but are important for their properties of disease resistance and their diverse gene profiles. 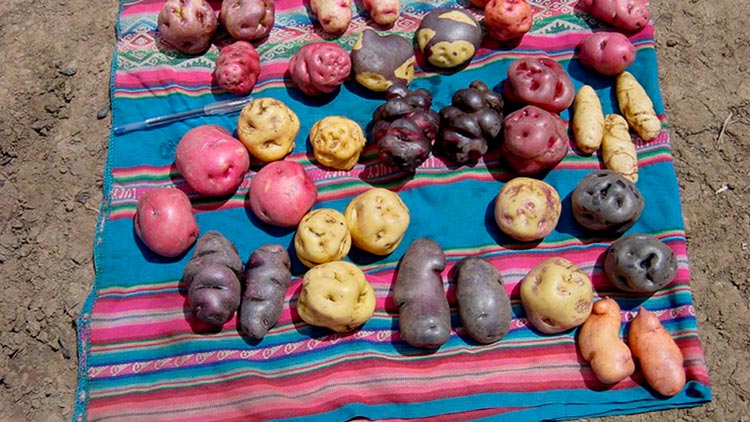 The tomato, which is a member of the nightshade family, is also of Peruvian origin. Although it has become a staple of Italian cuisine, all of today’s tomato variants were developed from the tiny bright red berry-like Solanum pimpinellifolium, known as a “pimp” tomato, which still grows wild in Northern Peru. The pimp and several other wild tomato species possess the hardiness and genetic diversity that modern cultivated variants lack. It is important to preserve these wild species as their DNA can lend toughness and durability to modern tomato varieties. Seeds of the wild species are collected and preserved in climate-controlled seed banks, where they are kept in storage for the use of researchers and scientists in developing hardier tomatoes. 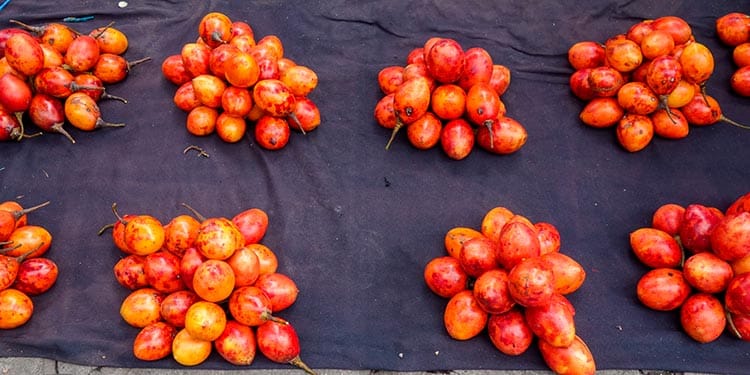 Another widely dispersed food thought to have originated in Peru is the humble peanut. South American pre-Columbian people made peanut-shaped pottery as far back as 3500 years ago, and pre-Inca people added peanuts to the caches they stored with mummies to provide for the dead in the afterlife. Delicious Ocopa sauce, often served atop cold potatoes as an appetizer, is made from ají amarillo (yellow peppers), the culinary herb huacatay, or Andean black mint, and roasted peanuts. You can make Ocopa sauce at home from the following recipe. 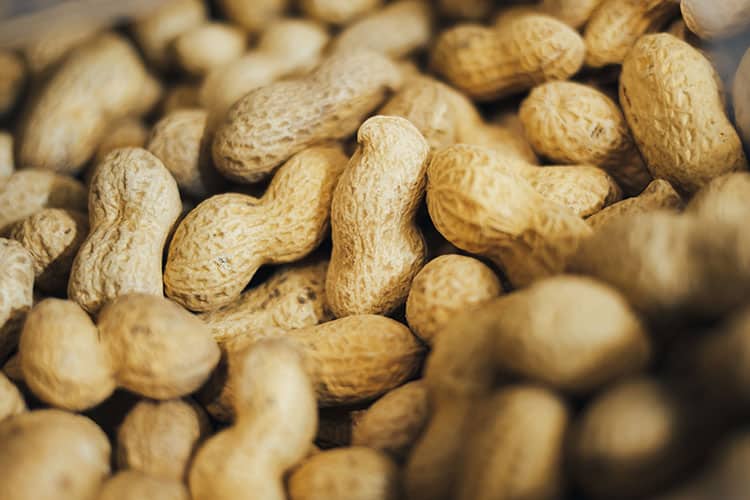 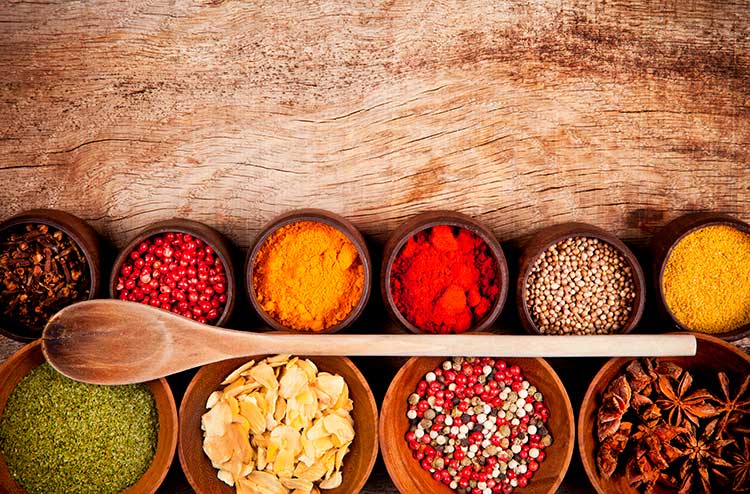 Lima beans, or pallares, a widely dispersed and nutritious bean, is yet another crop that was known in Peru as early as 8,000 years ago! The European conquerors named the bean for Lima, Peru’s capital since that is where they first found them. The Mochica people of the Northern Peruvian coast painted representations of lima beans on their pottery thousands of years ago. There are several varieties; the largest is also known as the butter bean in the American South. Their creamy texture lends itself well to many “comfort” dishes; however, they should not be consumed raw as they contain cyanide in their uncooked state. 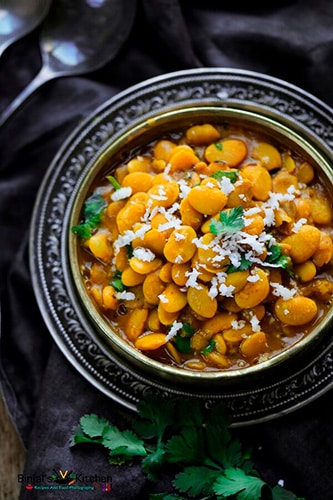 Here is a recipe for pallares, a comforting Peruvian lima bean dish made from the large variant; this should be perfect for the cooler months ahead for those reading this from the Northern Hemisphere.

In the following installments, we’ll examine regional prepared foods, beginning with Breads From Around Peru. Along with these tasty foods, you will be able to try some of these unique types of bread during your personalized trip to Peru.