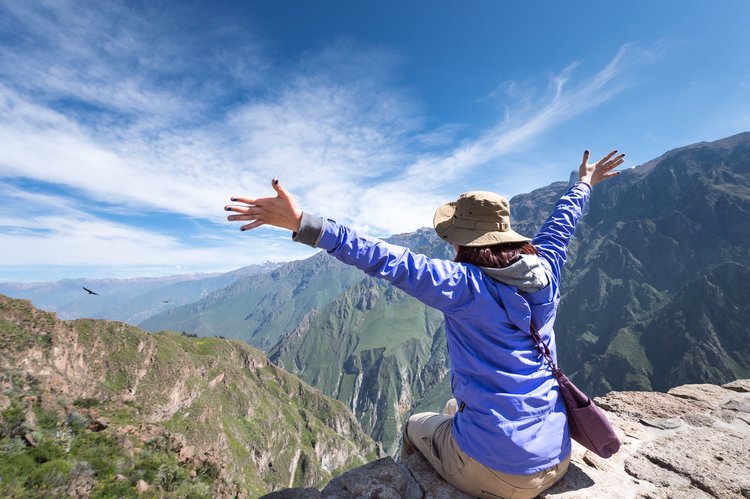 If you’ve ever visited the Empire State Building in New York, you’ll have noticed that it’s one of the tallest buildings around. Now imagine nine of those buildings, stacked one on top of the other, and you’ll have an idea of the depth of the marvelous Colca Canyon in Peru! This world wonder is the third most visited location in Peru, and is one of the deepest gorges on earth, cascading to a depth of 10,725 feet! In fact, Colca Canyon is more than twice as deep as the Grand Canyon in Arizona!

Colca Canyon boasts a plethora of features that attract over 120,000 visitors per year. This is among the best regions in which to get a glimpse of the majestic Andean Condor, one of the world’s largest raptors and the subject of myriad myths and legends.  Andean condors can often be spotted riding the thermals against canyon and sky at the Cruz del Condor viewpoint, especially if you get an early start on your day to avoid crowds. 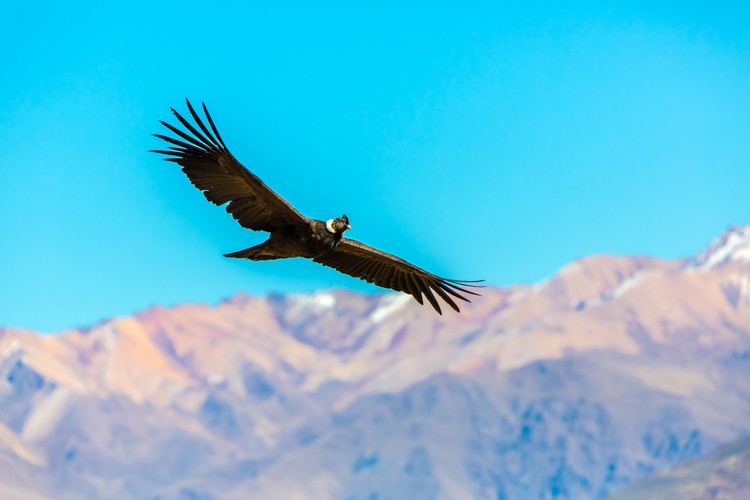 You may also have the privilege of viewing a number of other exotic species on your visit to Colca Canyon, such as the Andean Goose, the Chilean Flamingo, and the Giant Hummingbird, the largest hummer on the planet. You may spot the Vizcacha, a rabbit-like mammal with a squirrel-like tail. And be sure to visit Pampa Cañahuas Vicuña Reserve during your Colca Canyon tour to get a view of a herd of vicuñas, wild ancestors of the alpaca. The graceful, golden vicuñas possess the most expensive fiber in the world: a vicuña jacket can cost upwards of $20,000! The wild herds are rounded up and sheared every three years in a community event known as a chaccu. 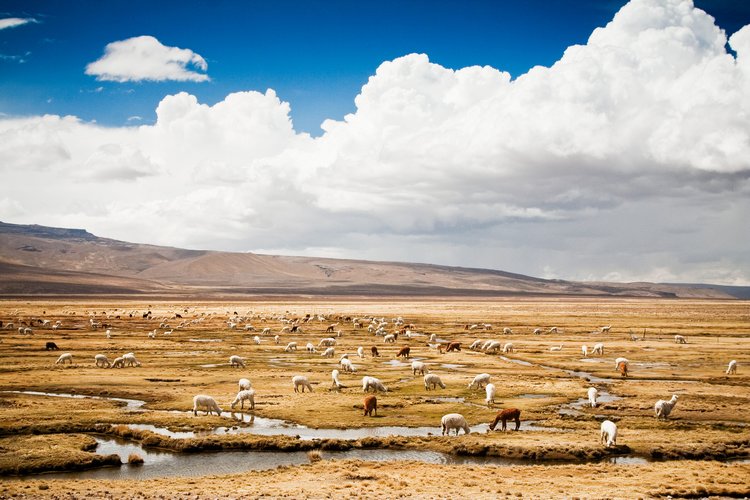 Chivay, a village in the Colca Valley, is also worth a visit. It is located at 12,000 feet above sea level, and contains a main plaza with a picturesque church boasting two bell towers, and a bustling market, where colorfully dressed villagers barter and sell their goods. The Calera Hot Springs, with five heated pools surrounded by scenic mountain vistas, are located just outside of town. 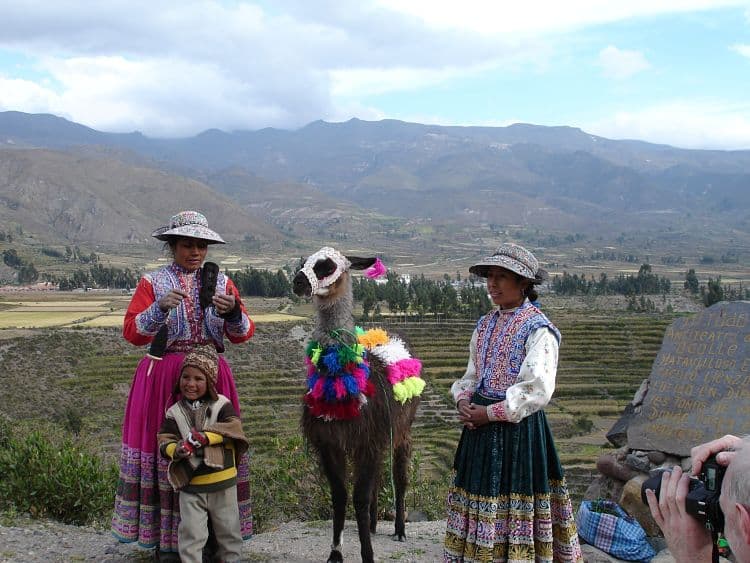 A number of indigenous groups dwell in the Colca Valley, include the Collagua and Cabana communities. Both of these groups continue to practice the traditions of their pre-Inca ancestors, including terraced farming and raising of livestock. The Cabana are Quechua speakers and the Collagua, Aymara speakers.

A third group, the Ccaccatapay, once inhabited the region, but now can only be identified by the ruins they left behind. 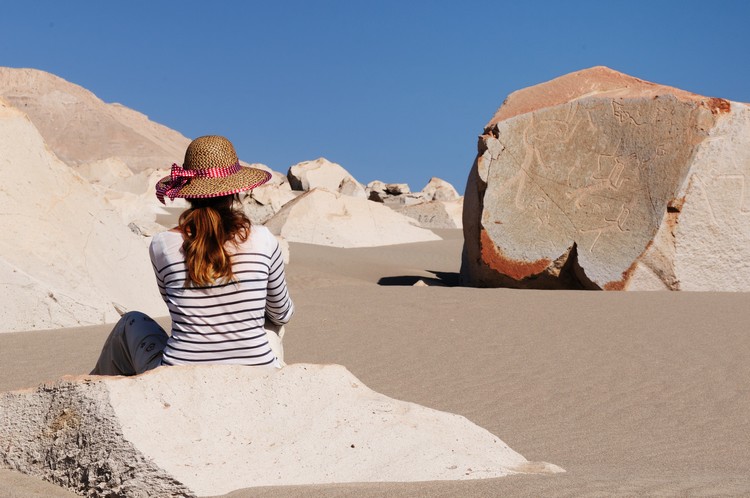 In fact, there are some intriguing archeological sites in the Colca region, not to be overlooked during your custom Peru vacation. One such site, Mollepunku, is thought to have been built over six millennia ago! This ruin contains ancient rock paintings depicting the domestication of the alpaca. Another site, the Fortaleza de Chimpa, consists of a rebuilt mountaintop fortress, with rock walls, terraces, and a central ceremonial area. It is located at a dizzying height with a breathtaking overview of the valleys and mountains spread out below. The active Sabancaya Volcano, which sometimes belches smoke, can also be seen from this area.

With breathtaking views, picturesque villages, exotic wildlife, and intriguing ruins, the Colca Canyon region of Peru offers a multitude of attractions to enjoy on your custom Peru vacation. Kuoda, your personalized travel agency in Peru, will be delighted to make the arrangements for your visit to this incredible region.