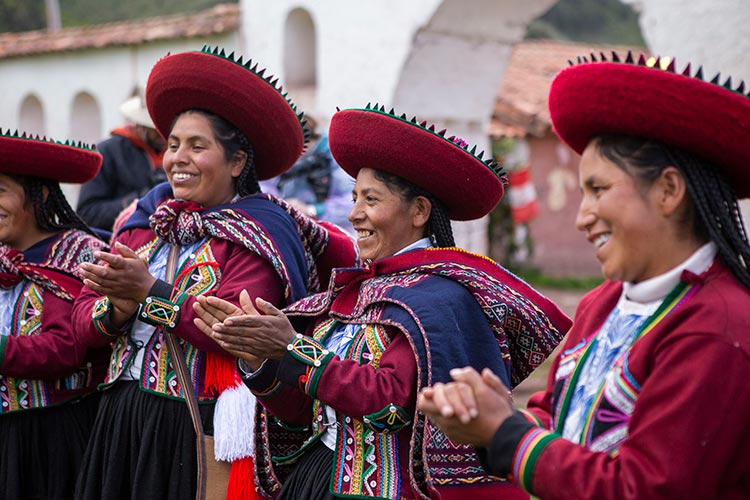 Among the many intriguing feasts for your eyes during your trip to Peru will be the sight of the vibrant and colorful traditional garments worn by indigenous women and men. These items are often intricately embroidered and woven with many colors, displaying the wearers’ pride in their Andean heritage. Today’s Andean women may wear Western fashion when in cities like Cusco or Lima, but don their traditional garments in their home villages. There is also an interesting, relatively recent trend of adapting traditional Andean fashion for the European and North American market. Here we’ll examine some of the traditional clothing pieces worn by women in the Andes, with the men’s’ turn in the next blog installment 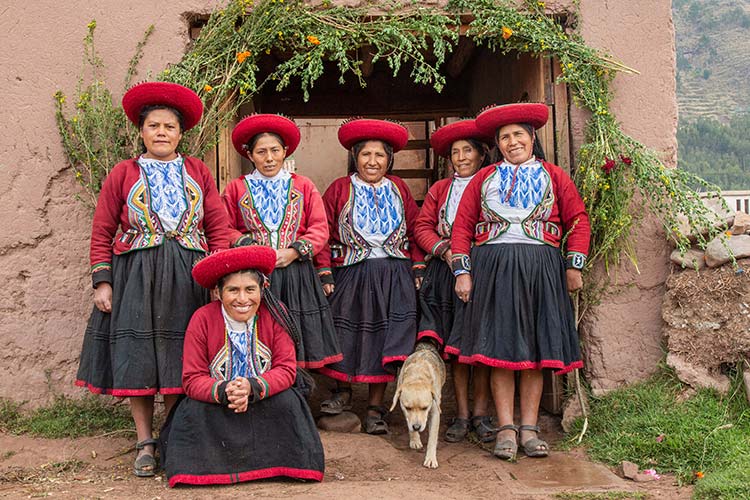 The garments worn by Andean women are often layered to provide warmth.

Llicllas (pronounced Yeek-ya) – The lliclla or manta is a colorful cape worn by Quechua women, woven in the shape of a square and worn across the back and shoulders like a miniature shawl. It is secured with a pin or tied in front, and usually embroidered with geometric designs, animals, flowers, etc. in bright colors. It can be worn for warmth and beauty, or used to wrap and carry children or goods on the woman’s back. 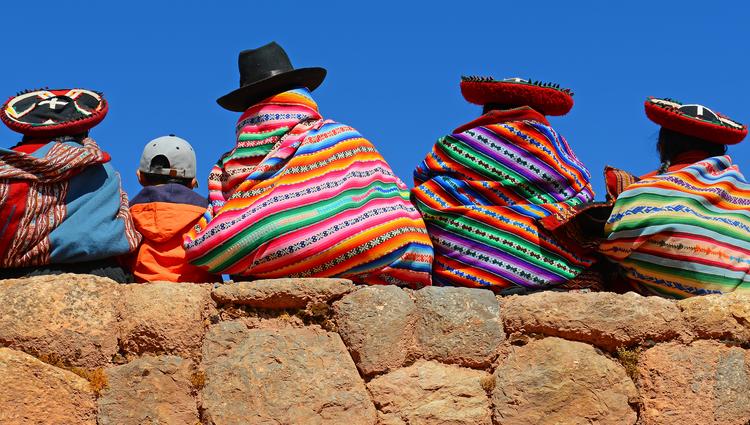 A jobona – A type of jacket adorned with fancy buttons that was traditionally worn under the lliclla. These days, many women opt for sweaters instead. 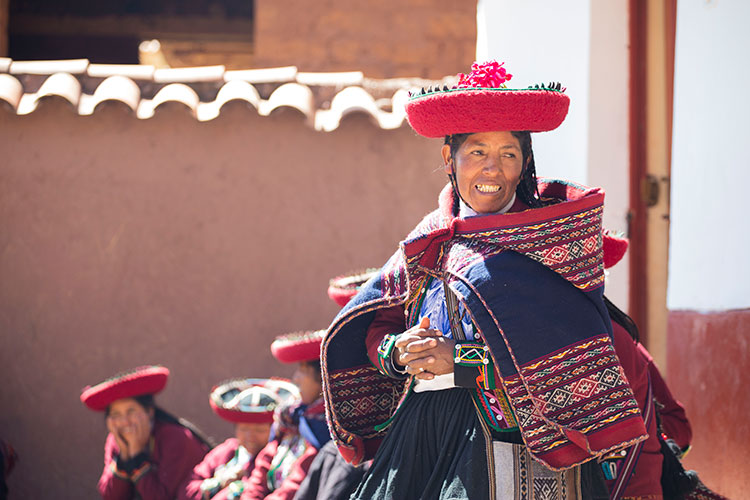 Headwear- Women of the Andes wear different types of hats, which depending on color, style, design, and angle, may indicate the region the woman is from, her class, and her civil status (married, single, or widowed). Montera hats are usually made of red felt, and their crowns may be filled with embroidered flowers and/or fruits. They have a chinstrap, or sanq’apa, which is decorated with white beads, the number of which is indicative of a woman’s social status. 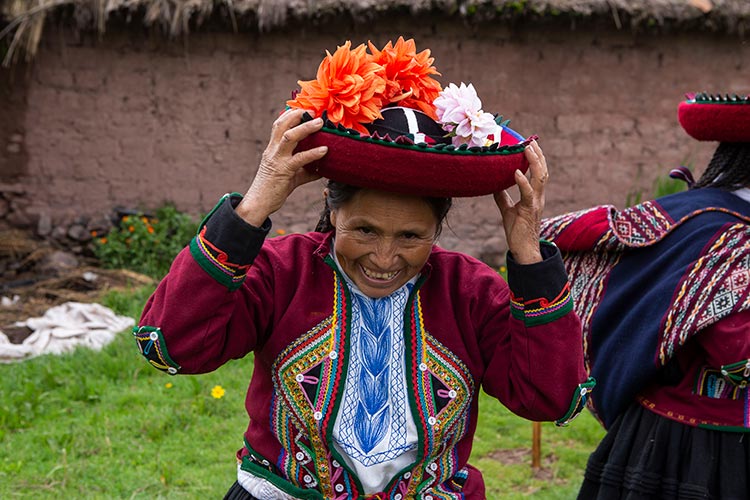 Both Peruvian and Bolivian women can be seen wearing tall bowler-type hats, which were originally brought from Europe in the 1920s. The story goes that the hats were brought to South America for male railway workers, but the size had been miscalculated and they were too small for the men. Women subsequently adapted them as a fashion statement, and still wear them to this day.

Polleras – Called such for their resemblance to round chicken cages, pollera skirts often have a band of colorful embroidery sewn all around their base. The band, known as a puyta, may take up most of the skirt or simply be a narrow strip of fabric, and are often embroidered with colorful designs that indicate the region the woman comes from. Women may wear many layers of polleras, especially during festivals. 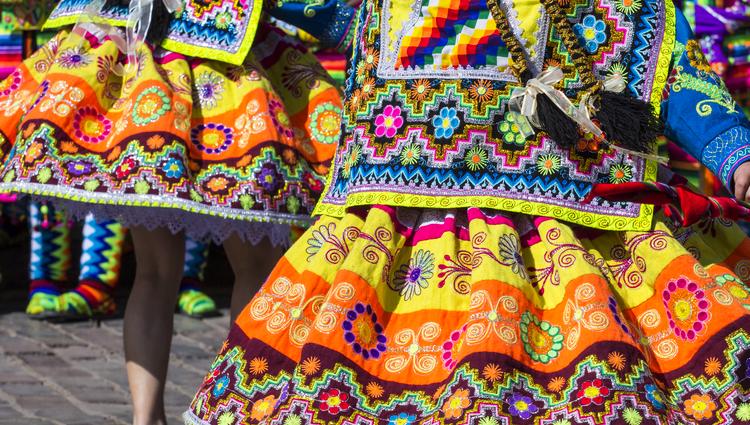 Ojotas– Men, women, and children wear ojotas, which are open-toed sandals made from recycled tires. It looks as though the wearer’s feet would be cold, but Andean country folk are well accustomed to them and wear them without socks, even during cold weather. 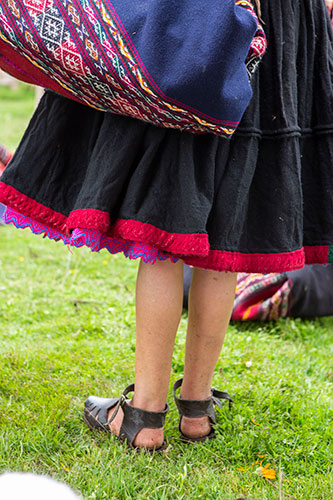 Over the past decade, Andean fashions have been adapted for the European and North American market, and can even be seen on international runways. If you purchase such items, be sure to do so from an organization that benefits the people of the Andes, such as Threads of Peru. You can also ask your guide about where to find them during your travels to Peru!