In part 2 of the blog series, Strange and Interesting Facts about Machu Picchu, we’ll present you with some more little-known tidbits to further inspire you to arrange your Machu Picchu adventure during your 2020 trip to Peru!

1- Hiram Bingham was actually seeking Vilcabamba, or the Lost City of the Incas, which was supposed to be where the Incas had hidden from the Spanish conquerors, and claimed that Machu Picchu was this place of legend. However, this idea was disproven after Bingham’s death. In 1964, a Peruvian explorer named Antonio Santandar Caselli visited an area called Espiritu Pampa, and concluded that this was the real “Lost City” of Vilcamamba, which was then confirmed again by other explorers and researchers. 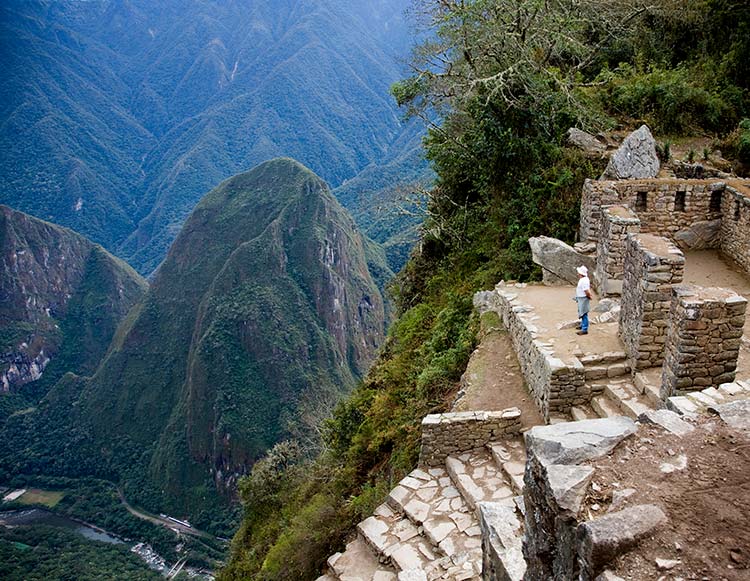 2- Hiram Bingham’s claim to have “discovered” Machu Picchu was strictly a matter of viewpoint. Andean farming families living in the vicinity already knew about its existence. Bingham brought the Western world’s attention to Machu Picchu, at the same time appropriating many of its artifacts without permission, which have since been returned to Peru after a long campaign on the part of the Peruvian authorities to reclaim them. 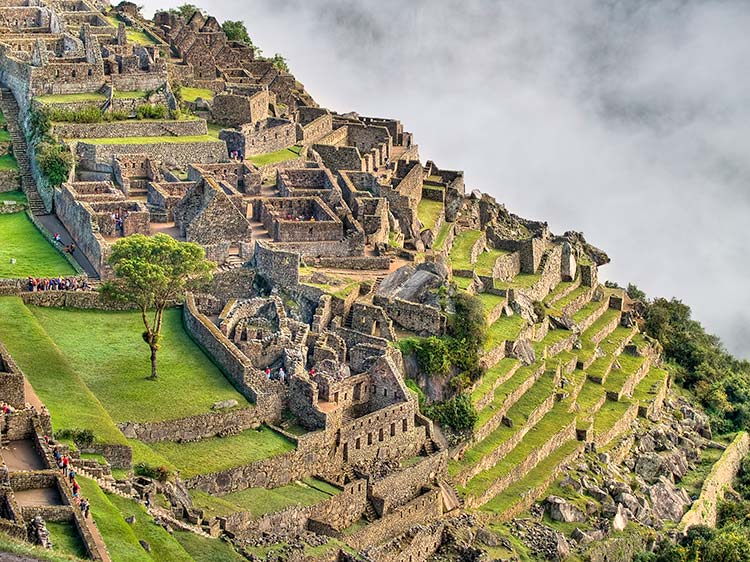 3- Machu Picchu straddles two fault lines, and is subject to myriad earthquakes. One of the benefits of the precision stone-cut engineering that was employed in creating the structures at Machu Picchu is that the buildings “dance” with the movement of the earth, and then settle back into place, rather than falling into rubble and ruin. Without this precise architecture, Machu Picchu would have broken apart from all of the seismic activity in the region. 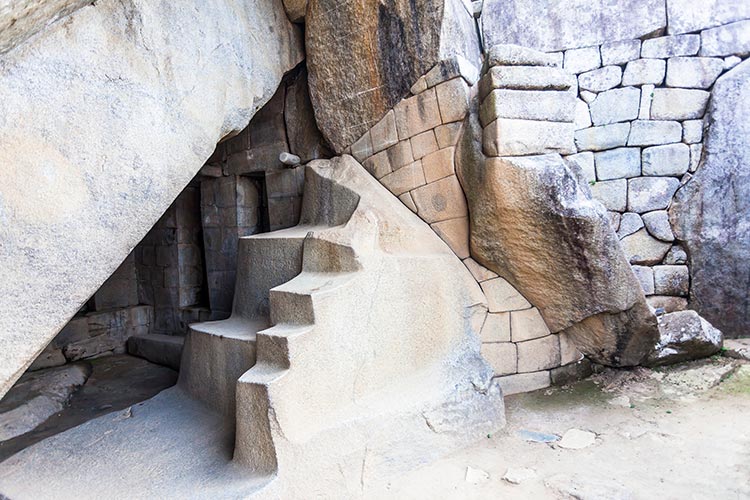 4- There are two peaks to climb once you are inside the main gate – Huayna Picchu Mountain and Machu Picchu Mountain. Huayna Picchu (2,693 m/ 8,835 feet above sea level) is the better-known of the two options, has some additional ruins, and a shorter, if steeper and narrower, trail. Machu Picchu Mountain (3,050 m/ 10,000 feet above sea level) is higher, and so the trail is longer, however it is much wider, and much less steep. While this option does not have any additional ruins to visit, the Mountain does stunning views of the citadel and surrounding cloud forest.

5- Machu Picchu also has its endemic wildlife. Animals that were rarely seen previously have been resurfacing at the Inca citadel of late, perhaps due to conservation efforts in Machu Picchu and its environment. One species that has recently made an appearance after 50 years is the Large-Headed Capuchin Monkey. One lone member of the species was sighted in Wiñay Wayna, about 3km from Machu Picchu, in December 2019, and, as they run in groups of 8 to 14 members, rangers are on the lookout for others. The rare Bamboo Rat, Dactylomys peruanus, a rodent that had not been spotted in a decade has also recently resurfaced. The Andean Spectacled Bear, Peru’s only species of bear, can occasionally be observed in Machu Picchu and on the Inca Trail. 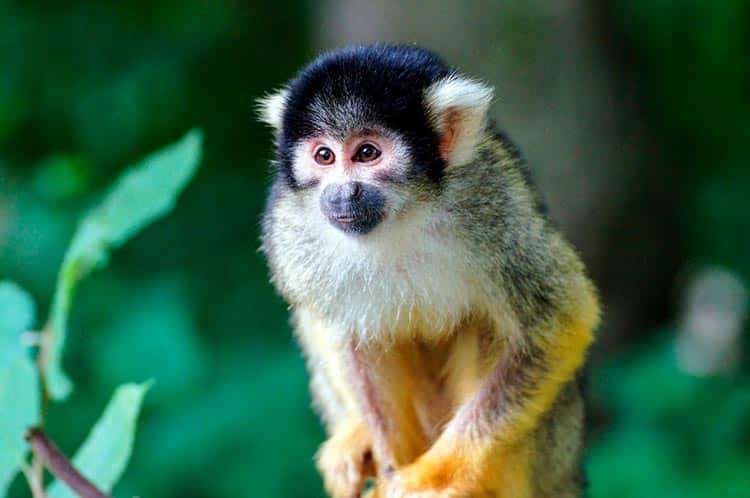 6- Many species of exotically beautiful orchids can be found in the highland jungle where Machu Picchu and the Inca Trail lie. Over 350 species of orchid are found in the area, some of which have inspired colorful legends and stories. For example, there is a tale associated with the Waqanki Orchid about the forbidden love between an Inca princess and a common soldier. The princess was commanded to marry Inti, the Sun God, rather than the warrior she loved. Her grief caused her to run through the cloud forest, weeping over the loss of her soldier. A Waqanki orchid sprang up wherever the tears of the young princess fell as she mourned her lost love. 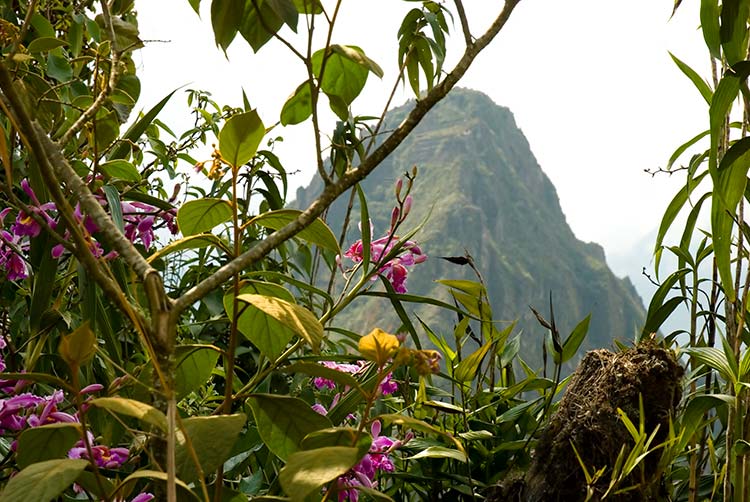 Ready to get up close and personal with this amazing feat of Inca engineering? We will be delighted to work together to plan your upcoming trip to Machu Picchu, the mystical citadel located in the Peru’s ancient cloud forest, and one of the new Seven Wonders of the World. 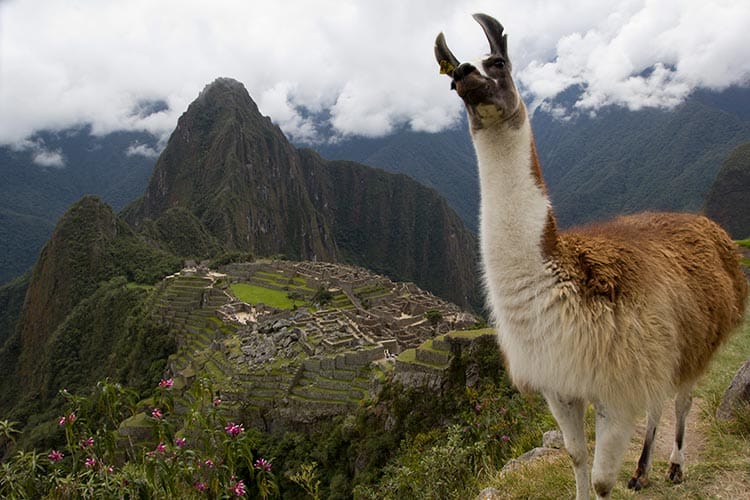