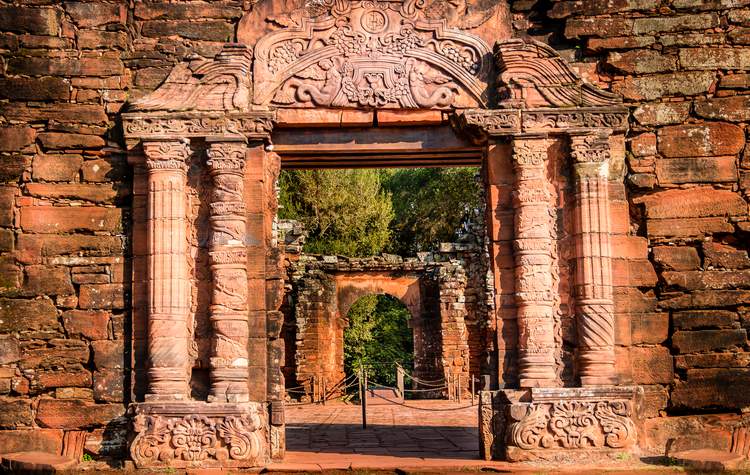 Argentina is a breathtakingly beautiful and unique country, boasting art, culture, a variety of landscapes, lush nature and history. There are so many places to see and so much to do, but when it comes to authentic history – a visit to San Ignacio Mini Ruins should be on the top of your list.

San Ignacio Ruins are very well preserved, and still clearly show carvings in detail almost unbelievable to the eye. Other than the Jesuit ruins, which are undoubtedly the most popular, there are other sites to explore too. It is the perfect place to deeply connect to the history of how the Guarani people were introduced to religion, and how it all unfolded in Argentina in the past till today.

We at Kuoda, have summarized the most important things to know before you visit San Ignacio Ruins, and how to get the most out of your stay. 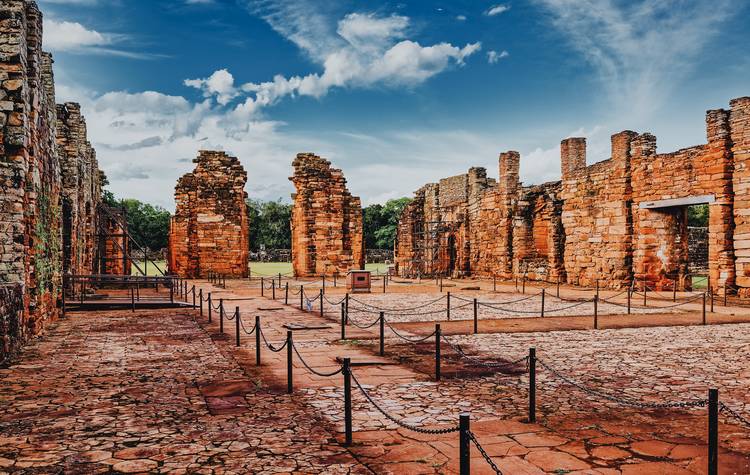 San Ignacio Mini was found around 1610 and originally formed part of a series of Jesuit Missions of the Guaranis which was ingrained by the Society of Jesus, or the “Jesuits”.  Around 30 missions like this were spread across Argentina, Brazil and also Paraguay. 11 of these missions can be found in the province of Misiones.

The present site today has only been used since 1695, and it developed rapidly. The remains found here were built in a very authentic way, better-known as “Guarani Baroque”. They include the central square, the priest’s house, a church, and a cemetery.

The purpose of these missions were mainly to evangelize the locals. The community was solid, and consisted of a self-sustaining agricultural economy, and strong and healthy people who could defend against potential enemies. There were about 5000 Guarani people in total at its peak.

The Jesuits were removed from this area in 1767, and one year later the Jesuits left San Ignacio Mini. In 1817 Luso-Brazilian forces destroyed the remains of the settlement. The ruins were discovered again in 1897, and made a UNESCO World Heritage site in 1984. 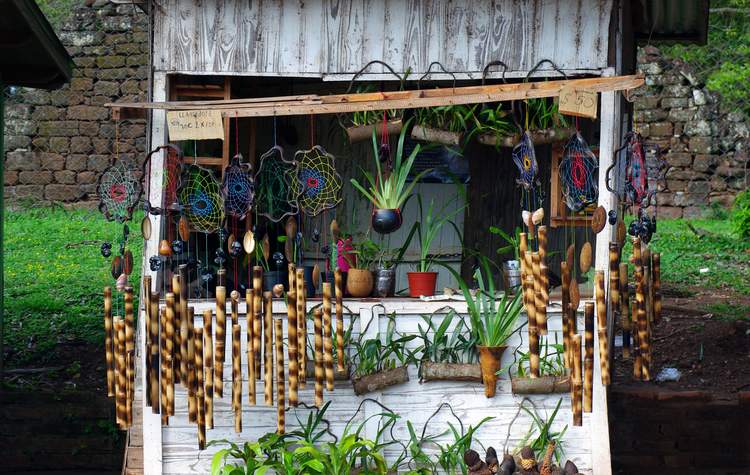 The Guaranis allowed the Jesuits to approach them without much fighting. At that time, they were for the Catholic Church’s protection. As a result, the Guarani Indians participated in the construction of the “reductions”. These villages could accommodate thousands of people.

The “Guaranis War” was the effect of the Madrid Treaty – an agreement signed by Spain and Portugal redefining the borders of their two empires in South America. The Guaranis, supported by the Jesuits, resisted and this led to the massacres of many natives. Few survived and some of the Guaranis can still be seen today.

If you are curious to learn more about the local Guarani community, this is the perfect place to come to. The locals are hospitable and friendly, and you will be able to experience some of their culture too. They forage and hunt for food, and they have well maintained agricultural systems. They pass this knowledge on to future generations to preserve their customs

The community takes a 2-hour hike in the forest of the village every day to gather food. They set up traps to teach the younger generation about their traditional hunting methods, and they still do traditional spear fishing. Other than finding food directly from nature, they also use medicinal plants to treat any ailments or injuries.

It is beautiful to see how the Guarani people are able to grow with the modern times, but still remain rooted in their traditions. There is a sense of pride and assurance that they will preserve their customs no matter what. 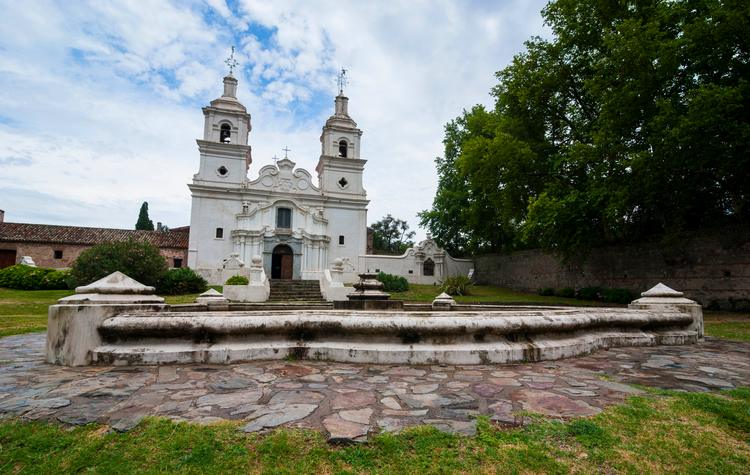 These mission ruins are the most complete in Argentina. They are impressive for the quantity of carved ornamentation still visible and for the amount of restoration. They are a “must-see” during your trip in Argentina for so many reasons, so let’s see how to get there.

San Ignacio is the home to the ruins. It is a modern-day town in the province of Misiones in Argentina, with the Paraguay border only a few kilometers away. San Ignacio is on Route 12 which can be reached via private car from the city of Posadas or Obera. San Ignacio is about 56 kilometers northeast of Posadas via Route 12 and most tourists explore the town as a day trip. 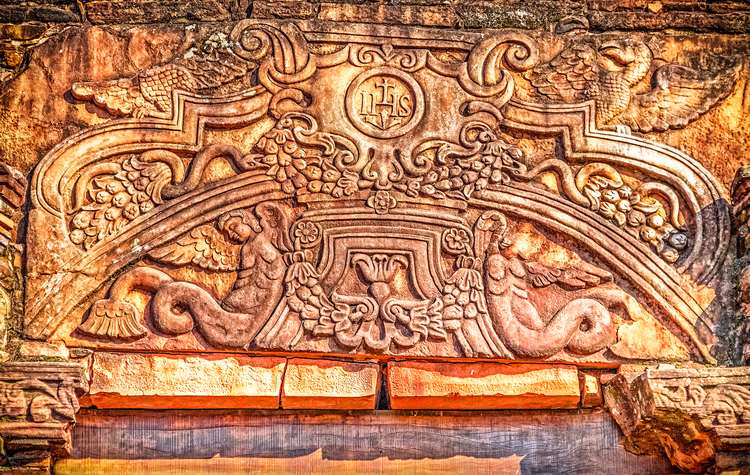 Besides the Jesuit Ruins, there are many other incredible must-see sights. The Jesuit ruins of Santa Ana and Loreto can be done in a one-day trip.  Both of them are also declared UNESCO World Heritage sites. Santa Ana was founded in 1633, and almost 7000 Guarani once lived in this town. There is also a cemetery that can be found beside the church.

Nuestra Senora de Loreto is one of the larger missions. It was founded in 1610 and then abandoned in the mid-1700s. It was the site of the first printing press in Latin America. Some of the newly excavated areas are protected by roofs, and there are boardwalks to explore the area properly.

5. How to visit with Kuoda 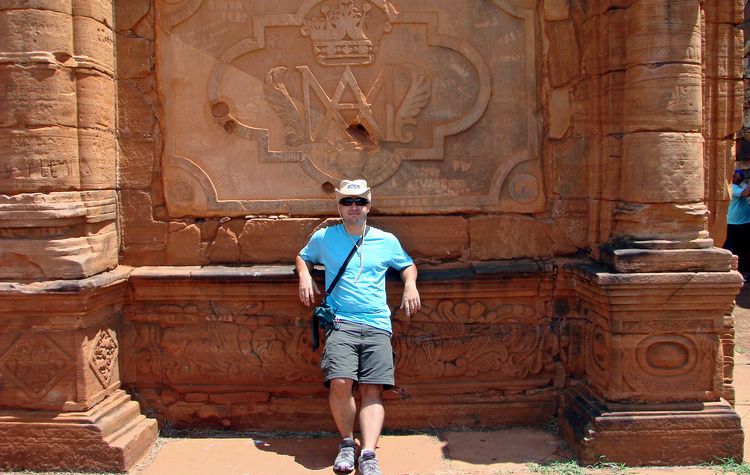 Visiting the ruins of San Ignacio Mini is an incredible experience, one that is truly only valid when embodied in real-life. Northern Argentina has so much to offer, with amazing places to see like Iguazú, Purmamarca, the Great Salt Flats, and more. We at Kuoda specialize in tailor-made trips through South America, and we can help you plan the perfect itinerary which will include not only your visit to San Ignacio, but any other destinations in Argentina that you would like to include. Contact us today and talk to one of our trip designers to discuss your personal preferences and requirements.