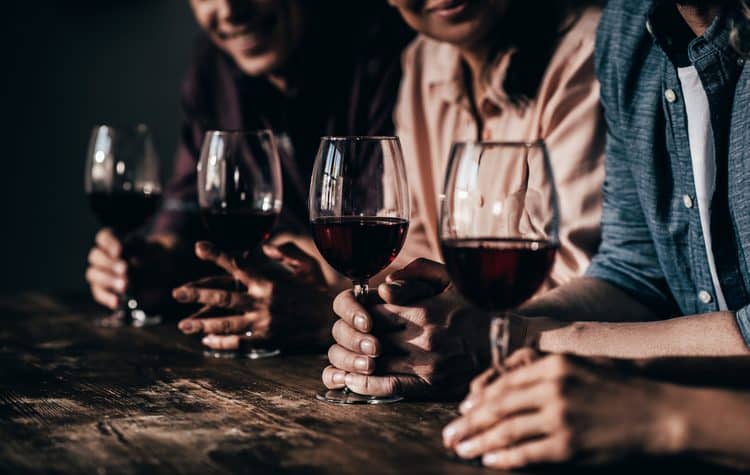 Chile has more than 200 wineries, more than half a million acres of vineyards, and produces new and exciting varieties for export every year.

Wine connoisseurs may already be familiar with these facts about the Chilean wine industry but, then again, they may not be. Until recently, as in the last 30 or so years, the majority of Chilean wine was mostly consumed within the country’s borders.

So, while Chile’s wine industry is, by no stretch of the imagination, young, it is relatively new to the world stage. And oenophiles traveling to Chile are in for a definite treat if they’re not already familiar with what this country is producing.

Read this Chilean wine lover’s guide to get the scoop on the history of winemaking in Chile, the best varieties, and where to find them. 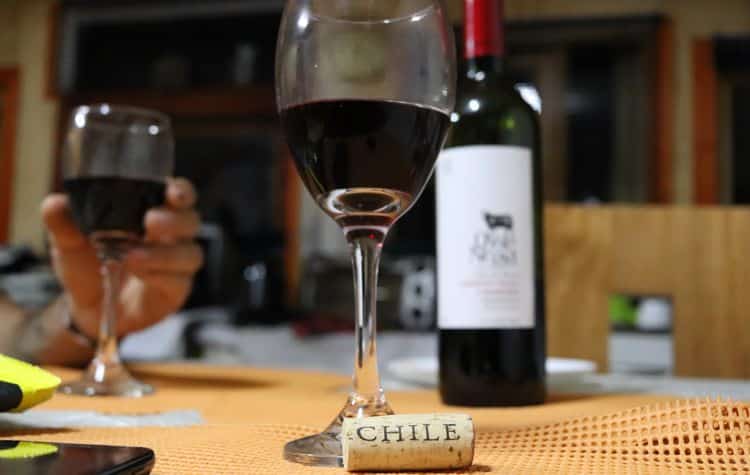 Chilean wine might be new to the world wine stage, but it’s anything but young. Indeed, the first grapevines were planted by Spanish settlers as early as the 16th century. They brought with them Listan Prieto from Spain and these were the first varieties in the country.

As immigration by European immigrants ramped up in the mid-19th century, so too did the number of grape varieties being planted and harvested for wine making in Chile. French varieties were especially popular, including Cabernet Sauvignon, Merlot, Carmenère, and Franc.

In the 1800s, phylloxera decimated the majority of the world’s vineyards. With the Pacific Ocean to the west, the Atacama Desert to the north, and the Andes mountain range to the east, Chile was uniquely protected thanks to its topography. Because the Chilean vines were never touched by this blight, it’s now home to some of the world’s oldest vines and a handful of winemakers who know exactly how to harness the best wines from these more concentrated and nuanced grapes.

Chilean wines were mostly limited to consumption within Chile until the 1990s. But when Chilean winemakers began exporting their wines, the world started to take notice of both their quality and value. Since then, Chile wines have exploded in popularity. 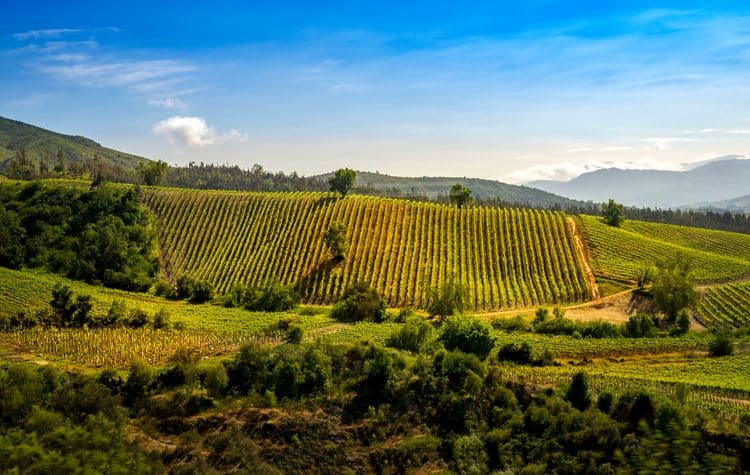 There are three main wine regions in Chile. All of these regions are easy to access and just as famous for their spectacular beauty in terms of landscape as well as for their wine producing capacity. To learn more about these regions, read the more detailed descriptions below.

Chiles wine regions are easy to access because most are located in the Central Valle, which includes the capital city of Santiago as well as its surrounding area. Within that Valley, the Maipo Valley is the oldest and most established.

Maipo is just south of the city of Santiago. Here you’ll find some of the most iconic Cab Savs as well as Carménère and Merlot. In fact, some people call this Valley the “Bordeaux of Chile”.

The Rapel Valley is also relatively close to Santiago. It’s located approximately 180 km south of the city and only 45 km from the Pacific coastline. Divided into the Cachapoal Valley and the Colchagua Valley, this region produces about one-quarter of all of Chile’s wine.

A growing region, you can expect big things to come out of here in the very near future. For now, though, the region is already making a name for itself thanks to its world-class Carménère varieties.

Casablanca is only about 50 minutes northwest of Santiago by car. This cool and hilly region is one of the youngest wine regions in Chile. It’s only been producing wine for about 30 years, but it’s quickly becoming a hot spot for the production of cool-climate varieties.

Here you have to try the Sauvignon Blanc, Chardonnay, and Pinot Noir. But if you have to choose only one, stick with the crisp whites that the region is most famous for. 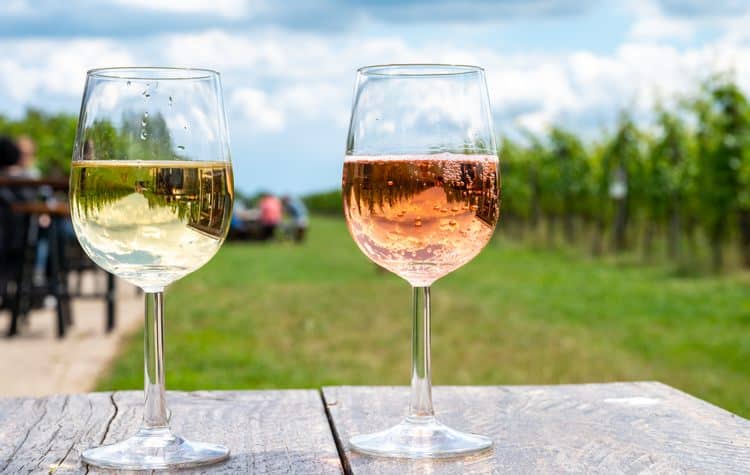 Stretching 4,000 miles along the bottom of South America’s Pacific coast, Chile has a diverse topography and climate. Inland regions are warm and dry while coastal and high-elevation areas are cool and more humid.

In this landscape, the potential for different varieties is vast. Find out what whites, reds, and other unique varieties you absolutely cannot miss below.

If you know one thing about Chilean wines, it probably has to do with Cabernet Sauvignon. This is the king of Chilean wines. It’s mostly produced in the Maipo and Rapel Valleys, as either a varietal wine or the majority component of a blend. Cab Savs from Chile are rich and earthy, cherry-fruited, and spicy.

Other fantastic red varieties you can find here include Pinot Noir, which is grown mostly in Casablanca and which is relatively new to the world of Chile’s wine. Deep Syrah is also one the menu, some grown in the warm inland climates and others in the cooler regions.

Chile is most well-known for its reds. But the country also produces some world-class whites that are worth mentioning.

In the Casablanca Valley, as we already mentioned, the Sauvignon Blanc is bar-none. They’re bright, fruit-forward, and citrusy. Undertones consist of fresh grass and they carry the perfect balance of acidity.

Here you can also find Chardonnay grapes. These tend to be well balanced between roundness and fresh acidity. However, there are a range of styles of Chardonnay being produced in Chile, so try a few.

Carmenère is sometimes called the lost sixth grape of Bordeaux. It was found again in the 1990s in Chile, when the Merlot vines were correctly genetically identified.

Since then, this grape has become Chile’s niche. Every year, the country’s winemakers come to understand a little bit more about the nuances of this unique variety and create increasingly intriguing wines.

A Little Something Special About Chilean Wine 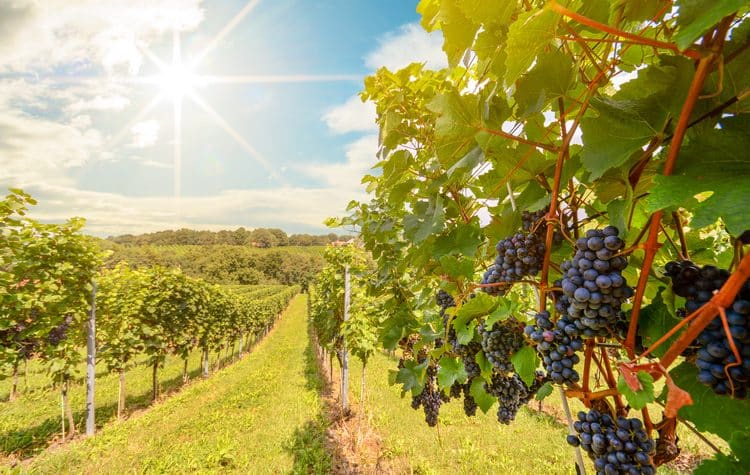 There’s something about Chilean wine that most people don’t know: much of it is sustainably produced and even organic. And it’s the topography of this country that allows for those characteristics.

Because Chilean wine vineyards are, and always have been, protected on all sides by desert, ocean, and mountain, Chile has been largely immune to disasters that plague other wine-producing countries. They face very few diseases and pests, which means they don’t need to use pesticides and chemical treatments on their grapes.

In addition, the dry Chilean climate lends itself to the production of biodynamic and sustainable wine production. In 2017, for example, 75% of all the wine that Chile exported was produced sustainably. 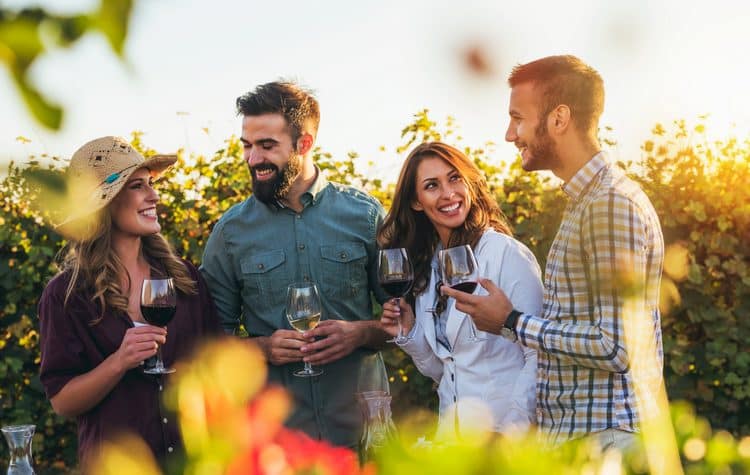 The first grapes were planted in Chile as early as the 1500s but it wasn’t until recently that the incredible wines of this country have been enjoyed outside of the country’s borders. Today, the country has gained a well-earned reputation for everything from Cab Sav to Carmenère.

Wine lovers would be remiss not to visit some of Chile’s best vineyards while they’re here. Contact us and let’s start weaving your love for wine into your trip.