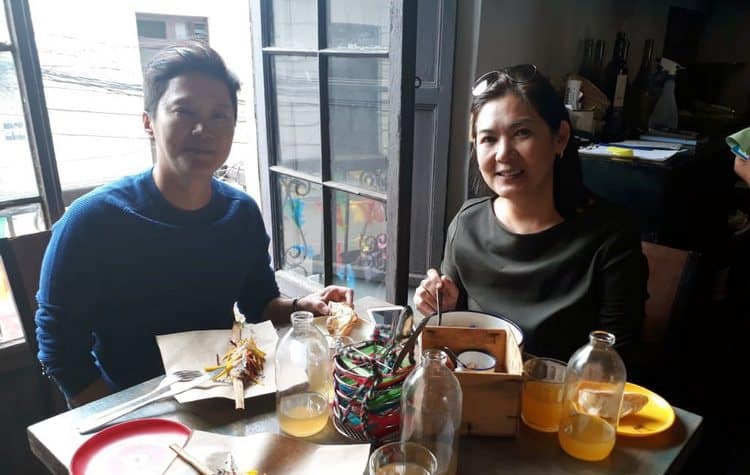 When people think about Bolivia they think about Uyuni Salt Flats, its indigenous culture, or its deep connection with silver. However, many disregard the growing gastronomic scene that Bolivia is currently undergoing. La Paz holds many young chefs that are putting their twist on traditional Bolivian food. If you like pastries, hearty stews, or a diverse meal plan you need to put La Paz on your list.

As La Paz is the highest capital in the world, one can assume cooking at this elevation may be difficult. These difficulties include a lower air pressure, which in turn slows the cooking and boiling process. To avoid these difficulties of cooking at elevation, La Paz has gained some of the best Bolivian cuisines and chefs. Continue reading on to learn about all the different treats and meals you can eat along your adventure with Kuoda.

After eating empanadas all over Latin America, nothing will compare to Bolivia’s salteñas. Bolivia’s version of a baked empanada, salteñas are filled with potatoes, vegetables, gravy, and your choice of protein. Do not be fooled, salteñas are not the cleanest snack, but they are the tastiest snack you will find on your adventure in Bolivia.

These juicy baked pastries will constantly leave you wanting another one. Any salteña you eat in Bolivia will be out of this world. Whether your luxury trip takes you to La Paz, Uyuni Salt Flats, or Lake Titicaca, salteñas can be found along the way.

Every country has its own version of barbecue, in Bolivia, their barbecue specialty is called Churrasco. Churrasco comes with a multitude of different sides, any side with your Churrasco will be spectacular.

Some popular side dishes eaten with Churrasco are arroz con queso (cheesy rice), papas (potatoes), sopa (soup), or choclo (corn). As you walk around the city, you will walk past many different vendors and restaurants preparing Churrasco for a delicious Bolivian lunch.

Llajua, a name that should be remembered. Or it will be after your time in La Paz. This popular salsa is added to most dishes found all over the country.

Made from ají (native chili peppers), tomatoes, and sometimes cebollas (onions). A simple, yet life-changing salsa, llajua is paired with many if not all Bolivian dishes. Llajua can be found on any street corner or restaurant in La Paz.

Best llajua with a modern twist in La Paz: Gustu

A simple dish that will be perfect for the beginning of your time in La Paz. With the high elevation, all the flavors of Bolivia might need to wait a day. But, milanesa or fried chicken is a great filling meal.

In the high Andes, soup is a custom to have at almuerzo or lunch. You will stumble upon many hearty soups during your time in Bolivia. But the fan-favorite and my favorite is sopa de maní, or in English, peanut soup. The soup is made with ground peanuts and potatoes. While this soup is traditionally made with beef or chicken, extra vegetables can be substituted.

Not exactly a meal, rather a Bolivian snack. Cuñapé is one of the many amazing snacks Bolivia has created that can be enjoyed at any time of the day. Cuñapé is made of a few yet powerful ingredients.

A warm, chewy, and round ball filled with cheese can surprise you. Without gluten, this won’t fill you up, it will just hold you over until your large Bolivian lunch or dinner. Cuñapé can be found on the streets and any bakery in Bolivia.

Another popular soup, Chairo, is a staple in the gastronomy of La Paz, Bolivia. Chairo in Aymara means soup, a common indigenous language used among Bolivians. More of a stew than a soup, Chairo is a traditional dish of the Aymara people.

As this stew was made by the people for the people in La Paz, Chairo is a Bolivian dish with a plentiful amount of vegetables and beef. The ingredient that changes this dish is chuño, dehydrated potatoes. A perfect lunch for a chilly day in La Paz.

A dish typically made for Día de los Santos or All Saint’s Day, Sajta de Pollo is loved by most. Normally eaten once during the holiday, some indulge in Sajta de Pollo more than once a year.

The traditional sandwich comes with pickled vegetables, llajua, and other typical sandwich toppings. Any Bolivian you ask will say the only place you should buy this sandwich is on the street. Some may avoid street food, but this sandwich is worth the risk. Do not be scared, you won’t get sick from this cooked sandwich. But if you do not want to eat off the street, this popular sandwich is found in many restaurants.

Another traditional soup of the Bolivian highlands. Each restaurant you visit will have a different variation of Fricasé. While some grew up eating pork and others did not, Fricasé has a certain taste that does not appeal to all.

Fricasé is usually made of cerdo (pork), but sometimes pollo (chicken) is used. While the meat may change, the flavor base of pork and chuño always stay the same.

A perfect dish for getting used to the high elevation. Plato paceño is a hearty dish that started as a vegetarian with choclo (corn), queso frito (fried cheese), habas (beans), and the oh-so-famous llajua.

Over time meat was added to the dish. The meat may vary based on the restaurant, but plato paceño is a great Bolivian lunch that will leave you full all day.

These foods are just the cherry on top of the adventures that await you in La Paz. If you are considering going to Bolivia, stop considering and book your trip with Kuoda! Aside from being experts in tourist locations, we can always point you in the right direction for the best meal!