It Takes Two: Your Total Guide to Tango 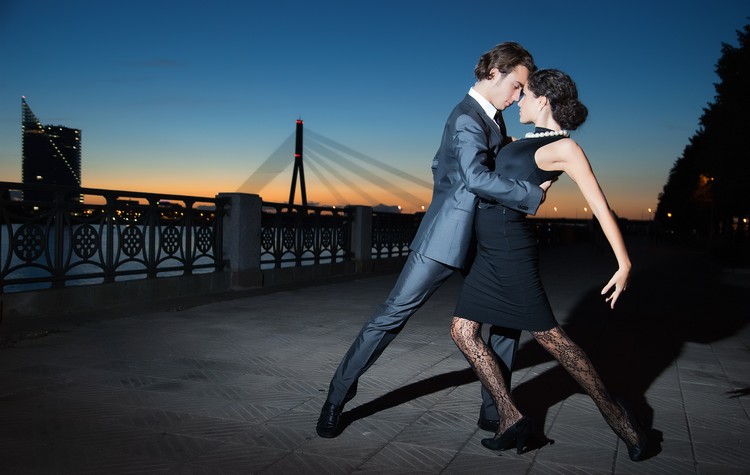 The first official use of the word ‘tango’ was in a 1789 statute wherein Argentine authorities banned ‘tango’ gatherings.

At the time, the word referred to any music or dance events organized by slaves. From those humble beginnings, tango has evolved into a famous style of dance and music that’s enjoyed the world over.

But the historical and cultural home of tango was and still is Argentina. The rhythm and passion of this dance have a strong presence in the streets and in the theatres of Buenos Aires and the countryside.

If history, culture, and music are a big part of what makes a trip special for you, then you need to know about tango in Argentina. For that, Kuoda offers you this Total Guide to Tango.

The History of the Tango Dance 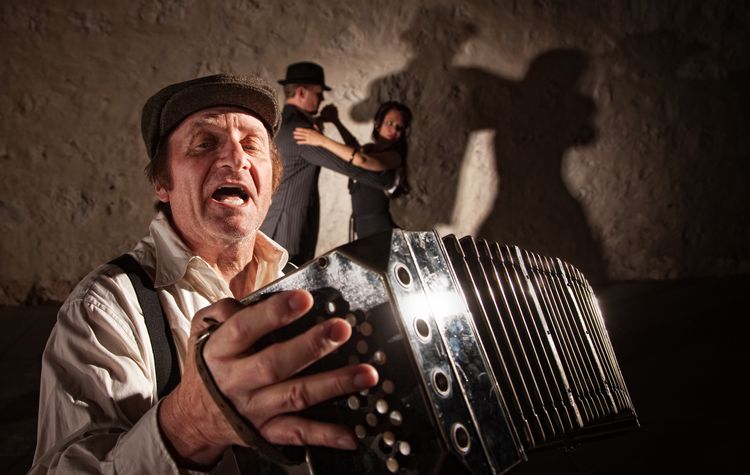 In the 19th century, Argentina became a hub for thousands of Europeans searching for a better life. Working class immigrants from Spain, Poland, Italy, and England flocked here. Many of these immigrants wound up living in the lively port of Buenos Aires, among former slaves and indigenous peoples.

As cultures and traditions began to mesh, especially those around dance and music, new styles were born. Tango was one of them. The original tango was a blend of musical and dancing styles that involved flamenco, polka, and traditional African dances.

Originally associated with the lower working classes in Argentina, by the late 19th century, tango was popular among all social classes. By the beginning of the 20th century, tango could be found in theatres, dancing halls, and in street performances. It had become a household staple in the country. 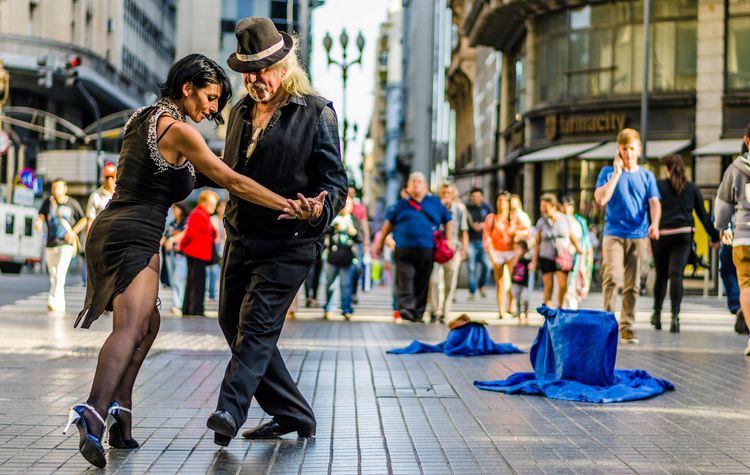 Tango became so popular in Argentina it quickly outgrew these borders and spread across the world. Indeed, by the 20th century, more than 1,000 tango gramophone records had been produced.

As it expanded beyond the borders of its birth country, several other styles developed in North America and in Europe. Even today, dance enthusiasts and music lovers continue to grow this style of dance and music.

But nowhere is tango more important than the country in which it was birthed. Tango is a big part of Argentinian culture and society. So much so that, in 2009, UNESCO included tango as part of the UNESCO Intangible Cultural Heritage List to ensure its preservation. 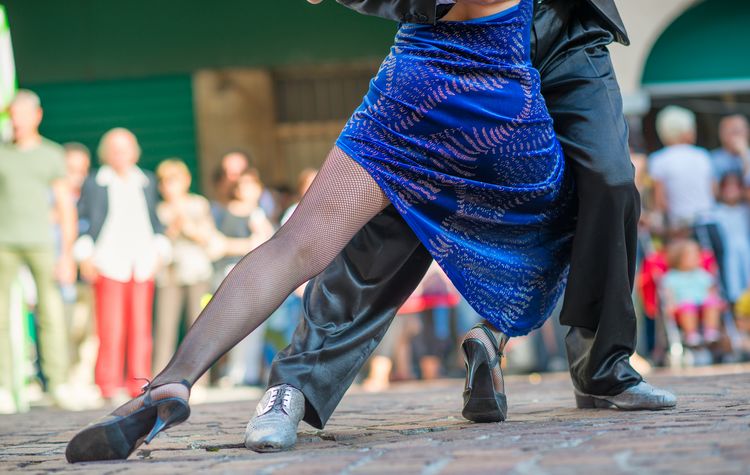 Tango is among the most famous types of partner dances in the world. It revolves around a leader and a follower. The leader embraces the follower and gives openings to them. The follower can then choose how to respond.

The result of this cooperative process is a highly improvisational dance. In fact, some historians call it one of the most reactive dances in the world. It’s vibrant and playful in terms of both movement and costume and it’s an intimate dance that requires passion and close connection between partners.

Tango can be practiced in either an open embrace or closed embrace. These refer to the embraces between the leader and follower.

In an open embrace, there’s open space between the bodies of the leader and follower. A closed embrace can be practiced as a chest-to-chest embrace as it is in traditional Argentine tango or as a loose upper thigh or hip embrace which is more common in International and American tango. 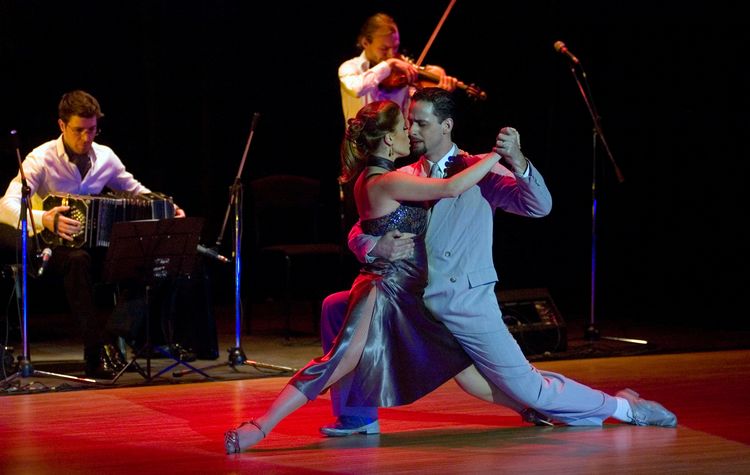 Since the original tango made its way outside of Argentinian borders, it’s evolved into many different styles. Below are some of the most common styles of tango, so you can become an expert before ever setting foot on Argentine soil.

This style of tango developed from the original Argentine tango style. However, in order to fit into the category of ballroom dancing, it required some modifications (i.e. less improvisation).

There are two styles within this category of tango. The International style is used in competitions while the American style is considered a social dance. For people learning ballroom dancing, this is among the easiest styles to learn.

Also known as Tango Canyengue, this is one of the original variations on tango. It’s characterized by a flexible embrace, a great deal of sensuality, as well as complex and varied postures. What makes it so different from ballroom tango is that it’s far more improvisational.

This isn’t necessarily considered its own tango style, but Tango de Salon is the type of tango that was played between 1935 and 1952 in the dance halls of Argentina. This was considered the Golden Age of Tango and its characterized by a flexible embrace and a lot of hip movements. It can be danced in open or closed position.

In Uruguayan tango, the body moves first, and the feet support the movement. This style of tango is as old as traditional Argentine tango. Today, it consists of many sub-styles and it can be danced to many different types of music.

This type of tango was developed in the 1980s. Also called New Tango, it can be performed to traditional and non-traditional tango music. When it’s danced to non-traditional music, it usually involves very complex moves and a mix of jazz, electronic, or techno-inspired elements.

How to Enjoy Traditional Argentina Dance 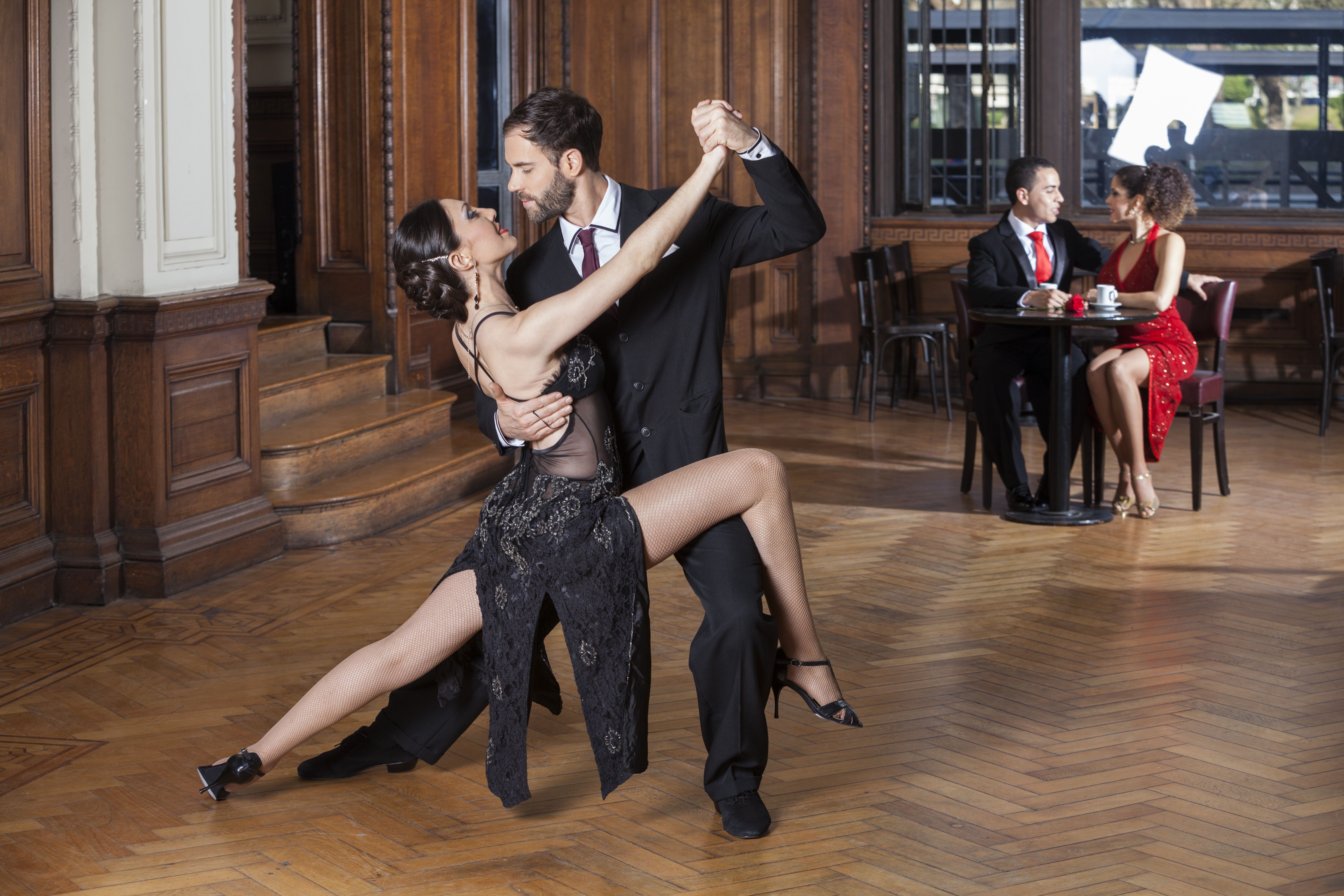 The best way to enjoy tango is in the country in which it started. Tango is a source of pride for Argentinian locals, especially in Buenos Aires. It’s an expression of their heritage and culture and symbolizes the nation’s creativity and grand beginnings. There are hundreds of teachers, schools, and festivals around the country, with virtually unlimited opportunity for immersing yourself.

One of the best places to catch a fantastic tango performance is in Plaza Dorrego. Located in San Telmo in Buenos Aires and built in the 18th century, this is one of the oldest and most picturesque public spaces in the entire city. During the Sunday market, you can catch locals performing tango throughout the day.

If watching isn’t enough to satisfy your taste for tango, perhaps you’d like to try your hand at some tango lessons. Sunday evenings in Plaza Dorrego often turn into free tango lessons but, for something a little more refined, why not try La Viruta dance school? Established in 1994 in an original Argentine milonga, you can book both private and group lessons with teachers who speak English and Spanish. 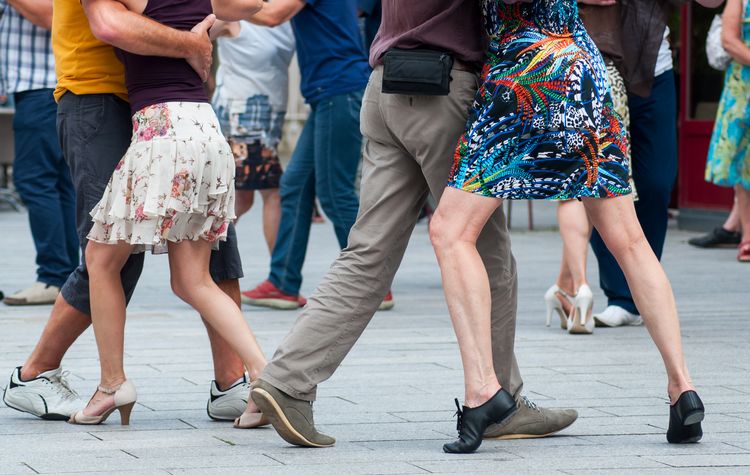 Argentina is a hub of culture and history and a big part of that heritage is tango. Born in Argentina in the 18th century, tango is an intimate and passionate partner dance that’s made its way around the world over the last 100 or so years.

But nowhere is the flavor of tango more palpable than in the streets and theatres of Argentina and that’s why experiencing tango is such an important part of any trip here. So, when we’re planning your trip to Argentina, don’t forget to add a tango lesson to your itinerary.

5 Reasons to visit Cali Colombia, The City of Salsa