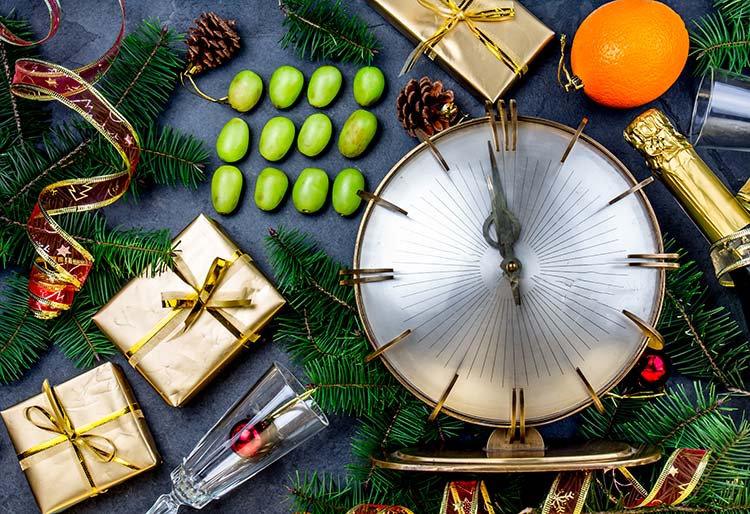 Have you planned a trip to Peru for the New Year? Then you may find yourself witnessing some different and interesting practices. Throughout Latin America, there are quite a few unique traditions that are celebrated to ring out the old and ring in the new. If you find yourself in Latin America for New Year’s, here are some of the traditions you may encounter:

Burning old clothes/ burning effigies: Late New Year’s Eve, you may find the streets filled with smoke and fire! It may seem like a war zone, but it is only the annual burning of effigies and piles of old clothing that takes place throughout Peru on New Year’s Eve. The belief is that if you burn your old clothes you will cleanse away all of the old energy of the previous year and make room for the new. The effigies could be political figures or celebrities, or simply a set of straw-stuffed clothes. An intriguing tradition, though definitely NOT for asthmatics or the faint of breath, as the streets become quite filled with smoke and fumes.

Grapes– In this time-honored tradition of Spanish origin and performed in Peru, Mexico, and other Latin American countries, you gather six red and six green grapes and wait until midnight. At the stroke of midnight, gobble one grape for every chime and make a wish for the coming year, one for each grape! Not only will you get your wishes but you will also protect yourself from evil spirits in the coming year. Careful not to choke or your wishes can’t come true!

Run around the block with a Suitcase – Love to travel? We hope so! Throughout Latin America, if you pack your suitcase and run around the block on New Year’s Eve, you will surely get the chance to travel to new places in the coming year. Be sure to pack right: if you want a beach vacation, pack a bathing suit and a towel; if you want to take a trip to Peru, (and we highly recommend this), pack lots of sweaters! A variation is to just leave and enter the doorway of your home with your suitcase, once each for the number of times you want to travel in the coming year.

Lentils- A Peruvian “recipe” for a fantastic year-to-come is as follows: on December 31, purchase some lentils, some wheat, some limes, and some cinnamon sticks. Halve the limes and place them in the four corners of your house to ward off negative energy. Fill your pockets with the lentils, cinnamon sticks, and wheat: the lentils and wheat bring prosperity, and the cinnamon brings love.

Potatoes– In both Peru and Colombia, it is customary to place three potatoes under your bed to prophesy about your economic fortunes in the coming year. One potato is completely peeled, one is half- peeled, and the other is unpeeled. At midnight, pull out a potato at random to find out what kind of year you can look forward to. Unpeeled means great finances, half-peeled means regular, and peeled means a poor year ahead.

These are just a few of the traditions you may encounter that make for a colorful New Year’s in Peru and South America. Be sure to incorporate some of these traditions into your New Year’s Eve to add sparkle to your celebration and ring in a great 2020! Happy New Year!