Where To Sustainably Experience Afro Tourism in Colombia 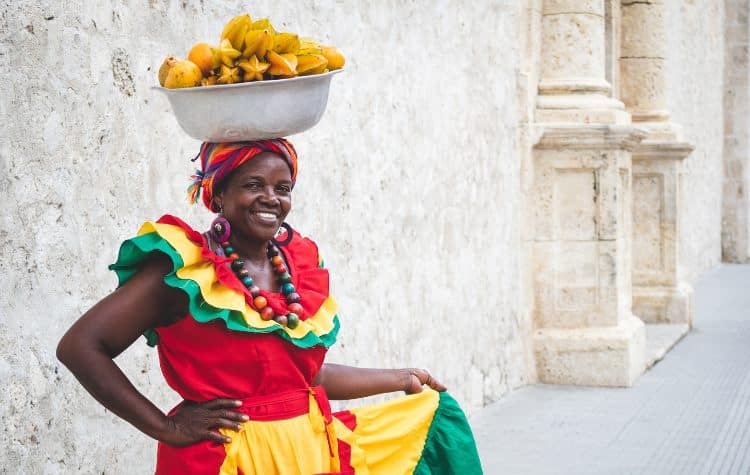 The trend of Afro tourism in Colombia and tourism designed to educate and connect visitors with the African diaspora around the world has increasingly picked up momentum in the past few years, especially in Colombia which boasts a rich culture rooted in the contributions of African migrants. From museums to music festivals, clothing to architecture, African culture can be found throughout Colombia – for those looking to deep dive into the complex history and culture of Afro-Colombia, Kuoda is ready to craft an itinerary full of culture, giving you the opportunity to experience the melting pot of African cultures that call Colombia, home. Reach out to us today to get started planning your trip.

Upon landing in the Caribbean paradise of Cartagena or traveling throughout the Colombian coast, African culture is intertwined in every aspect of Colombian-Caribbean life – from the food which is heavily influenced by countries like Ghana, Senegal, Angola, and Sierra Leone to name a few, as well as traditions and customs that have been passed down for generations and have strongly influenced the region. Colombia has one of the largest Afro-Colombian populations in Latin America, in fact, Afro–Colombians are present in every major city in the country and have a complex history with African slaves arriving in Colombia in the 16th century. 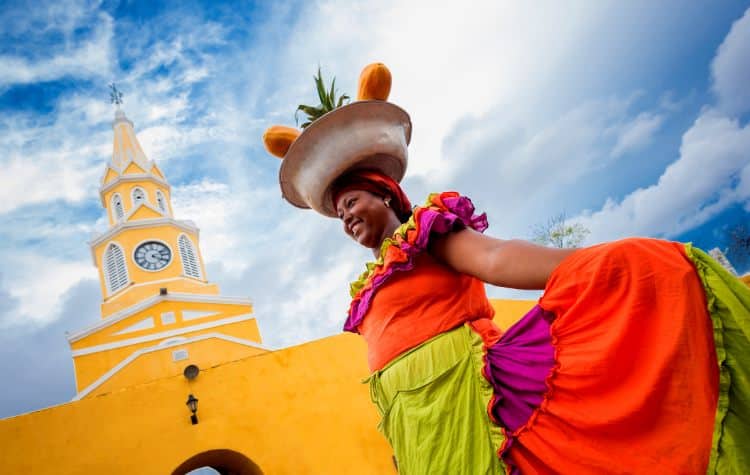 The warm, tropical Caribbean port city of Cartagena was one of the first cities in the Americas where slaves first arrived. Here, you’ll find many palenqueras, or beautiful Black women in colorful dresses expertly balancing bowls of tropical fruit on their heads, posing for photos – you may have seen them in photos of Cartagena or Colombian travel guides as they have become almost synonymous with Cartagena, or even Colombia as a whole.

Many of them, in addition to Spanish and sometimes English, also speak Palenquero, a traditional Creole language that combines Spanish and traditional African languages from countries like Angola, Gabon, and Congo. Being direct descendants of the world’s first free African slaves, the Palenqueras represent an incredible feat of human resistance, the respected figure of courageous, hard-working mothers, and a still living and thriving Afro-Caribbean heritage.

Visitors to the port city can also wander through the streets of Getsemani, a stunning arts district where African culture can be seen and experienced through the vibrant street art, colorful crafts, and delicious Afro-Caribbean restaurants the neighborhood has to offer.

Finally, visitors can head to the Museo San Pedro Claver, a former Jesuit monastery that was converted into a Museum in 1950, dedicated to the African slaves who were brought to Colombia in the 16th century. There are various historical rooms where Father Claver worked with the Africans. African and Afro-Caribbean works of art will be exhibited, as well as works of art from the colonial period in Latin America and there are also exhibits from Spain, Italy, and France. 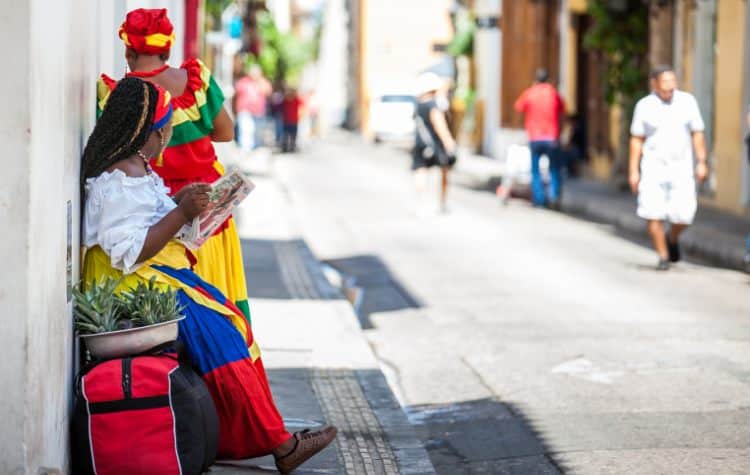 For a deeper dive into historic Afro-Colombian history, plan an excursion to San Basilio de Palenque. Located roughly 30 miles from Cartagena, Palenque was the first free settlement of formerly enslaved Africans and is home to 3,500 people who are their direct descendants. While there, be sure to visit the monument of Benkos Bioho, who founded Palenque.

The town was established by runaway slaves with big African roots and our Kuoda experts have a history lesson to share you won’t get in any textbook. Here, we’ll learn about their music, dance, culture, customs, and beliefs. We’ll tap into the town’s rhythm by taking drum lessons and learning how the hairstyles of the local women played a very important role in their path to freedom. 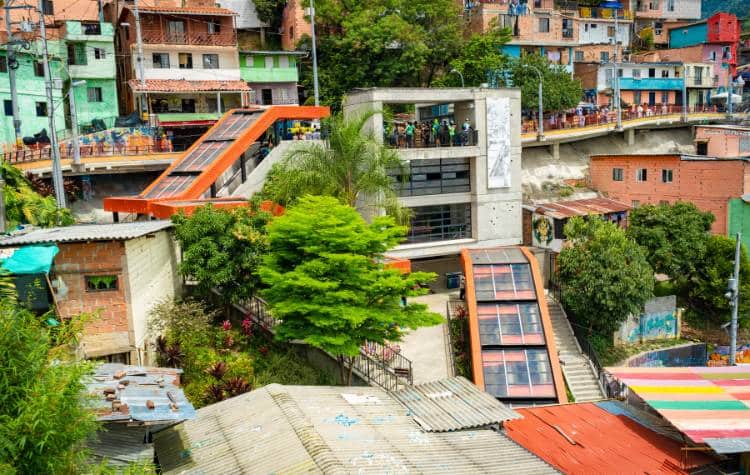 Medellín is Colombia’s cultural melting pot and the country’s most diverse city. Colombia’s Afro-Colombian population traditionally lives along the Pacific Coast and Caribbean northwest, though nowadays the Afro-Colombian culture is highly represented throughout Medellín and plays an important role in the cultural and social life of the city.

The Comuna 13 district is not only famous for its unique electric escalators and graffiti, but it also is home to a vibrant Afro-Colombian community that has for decades been a cultural hotspot of the afro-Colombian music and dance scene. Take a guided tour through Comuna 13 to understand how cultural projects help to transform the community to reduce crime and fight poverty by offering an alternative lifestyle to the younger population. “Son Bata” is a network of local artists that invites people to dream and believe in themselves despite urban violence.

Explore the “Barrio” with the local artists and obtain deep insights into the Afro-Colombian culture and art scene of the area. Enjoy breathtaking views above Medellín of the Comuna 13 while listening to their unique story before visiting their dance school for local youngsters. Here enjoy an exclusive dance class to Afro-Colombian beats and an introduction to percussion. This activity directly supports the artist cooperation and helps them to maintain their project alive to improve the social integrity of the local community. 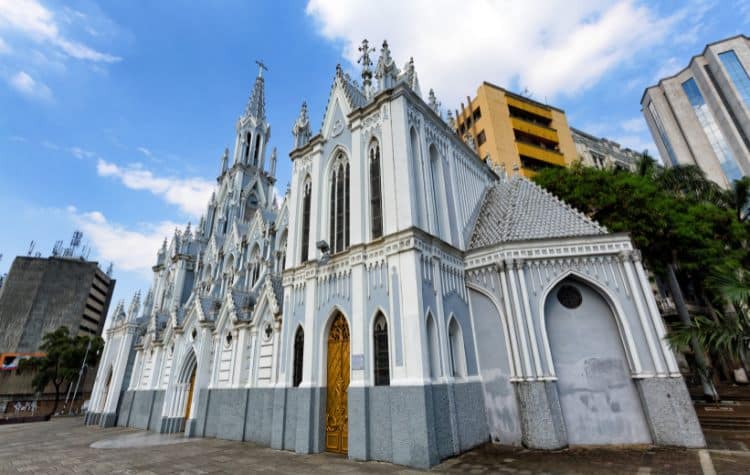 With 70% of Cali residents tracing their roots back to Africa, Cali is a hub for African culture in Colombia. Wander through Cali’s historic center and amble through the barrios of Santa Rosa, La Merced, and San Cayetano to hear dancehall and Afrobeats throughout the streets. For a sensory thrill, opt to go to Galería de Alameda market and taste the different fruits — most vendors will let you taste right after you purchase and even cut or peel the fruit for you if requested.

Plan to go salsa dancing one night, too — Zaperoco Bar is a great option for those wanting to dance the night away. Know that the salsa tunes you’re dancing to were pioneered by Afro-Colombian artists, many of them born and raised in Cali.

For a taste of Africa in Colombia, don’t miss the annual Petronio Alvarez Festival, which takes place in August and celebrates the musical heritage of the country’s African descendants. The five-day event attracts local and international artists who come together to celebrate a love for a culture from across the Atlantic Ocean that’s been woven into lyrics, drums, beats, and movements. 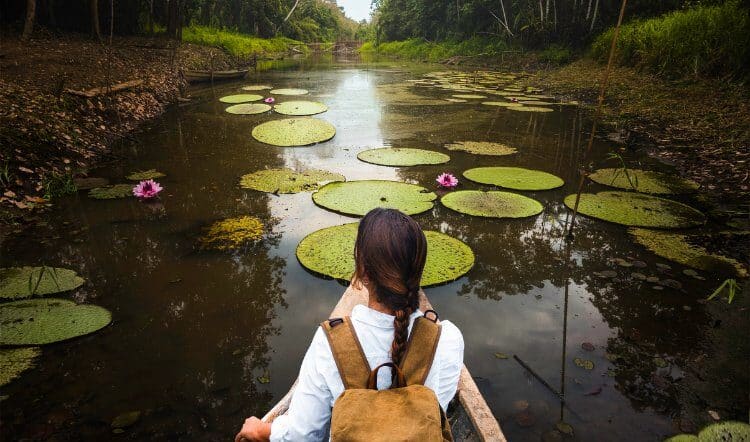 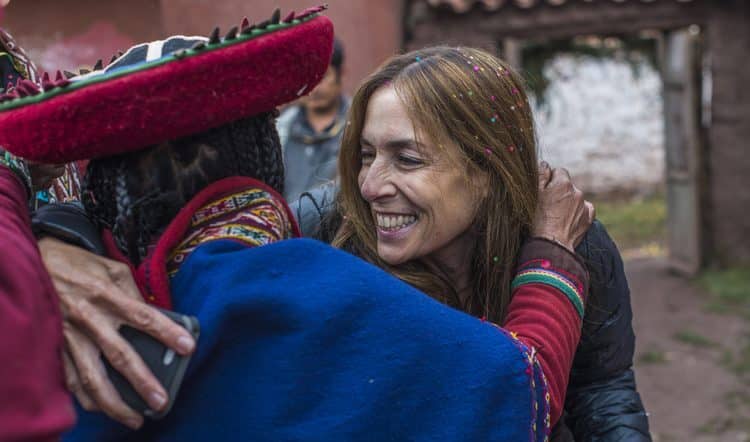 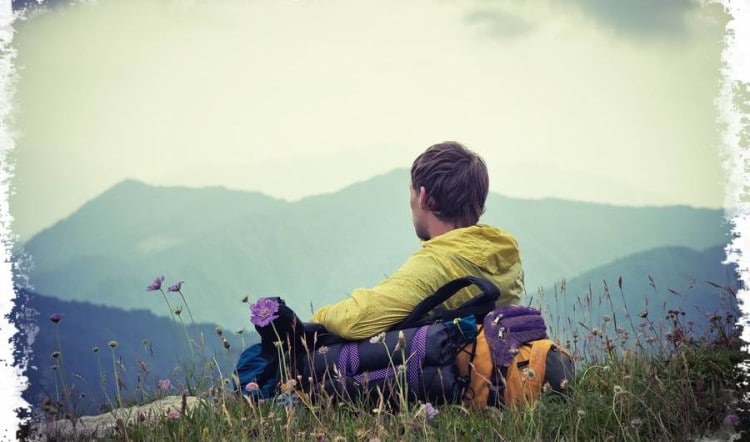 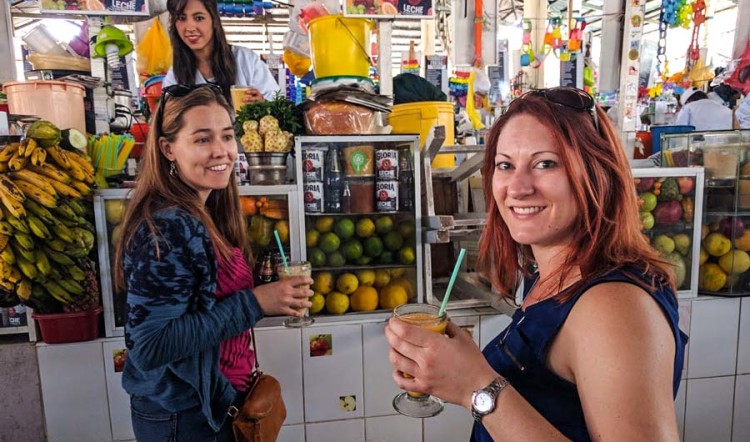