How Christmas is Celebrated in Ecuador 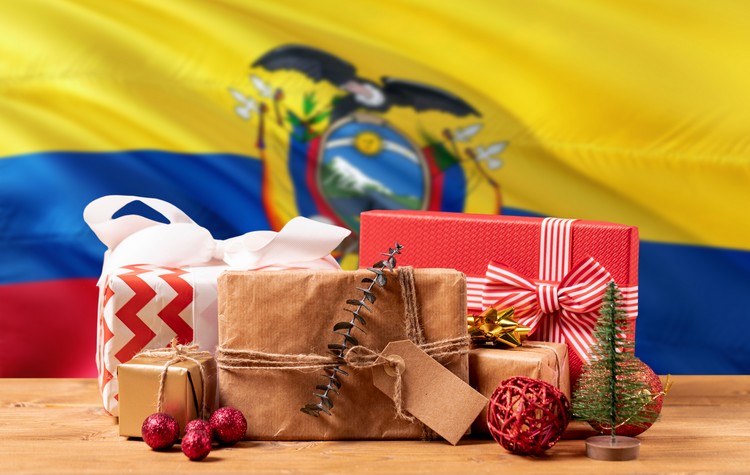 Situated between Peru and Colombia, Ecuador has jungle, mountains, and the beautiful Pacific coastline— not to mention the world-famous wildlife haven, the Galápagos Islands. In each region of Ecuador, there are variants as to how Christmas is celebrated. And while Santa may not be such a prominent figure in holiday ceremonies, most Ecuadorian Christmas celebrations include elaborate pageants and parades, handmade nativity sets, a cheeky version of eggnog and much more.

Our Kuoda travel designers would be delighted to arrange a journey that will immerse you and your family in the beauty and magic of a Christmas in Ecuador.  Read on for a glimpse into how Christmas is celebrated in Ecuador to see if it could be part of your next customized tour package to South America. 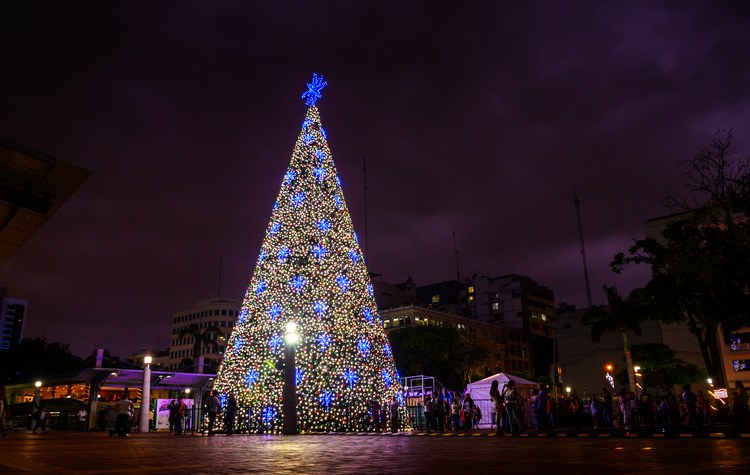 As in many countries in South America, Ecuadorians create by hand pesebres, or nativity scenes, as their main Christmas decoration. The nativity scenes in Ecuador can get very elaborate indeed, with miniature figures of people, animals, and homes. Some of these scenes even have live plants and greenery covering hand-molded hills and valleys, with water running through in the simulation of creeks and rivers! All nativity scenes in Ecuador include figures of the Holy Family and the Christ Child in the manger.

Ecuador has also adopted the custom of putting up a Christmas tree in the main square in recent decades, and there are ongoing competitions among small villages and towns as to which has the tallest tree. A few years ago, the southern city of Machala won the competition with a 33-meter tall tree (108 feet), complete with more than 10,000 lights. 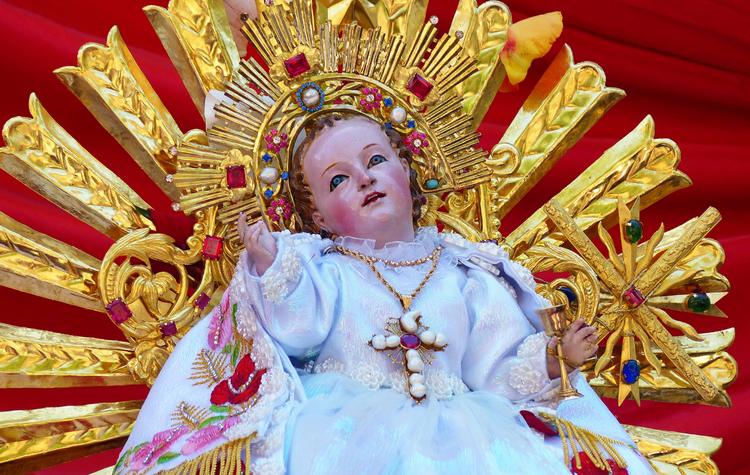 Beginning in the first week of December, many processions and parades commemorate Joseph and Mary’s journey to Bethlehem, though the most festive celebration is the Pase del Niño Viajero which takes place on December 24 (more about that below).

Beginning on December 15, the Ecuadorian tradition known as novena counts each of the nine days leading up to Christmas as representative of one month of Mary’s pregnancy. Typically, families gather to pray, sing carols (villancicos) and sip on hot chocolate.

Passage of the Traveling Child 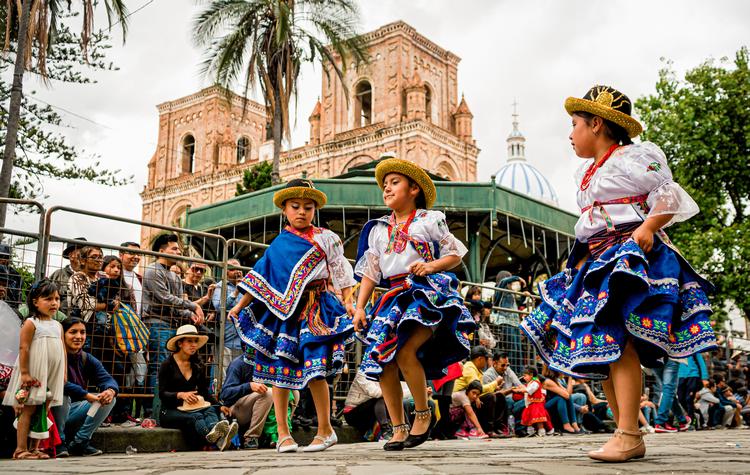 If you find yourself in Ecuador for Christmas, you may have the good fortune of witnessing the elaborate Christmas pageant, Pase del Niño Viajero (The Passage of the Traveling Child). This celebration had its charming beginning in the early 1960s when a statue of el Niño Jesus (Baby Jesus) was brought to Rome to receive blessings from the Pope. When the statue was brought back to Ecuador, a voice was heard yelling from the gathered audience, “The traveler has returned!” The statue was forthwith known as the Niño Viajero, the Child Traveler.

Today, in the popular mountain village of Cuenca, crowds line the streets in anticipation of the pageant that includes elaborately decorated floats, brilliantly costumed musicians and dancers, as well as actual llamas and horses. Meant to depict the journey of Mary and Joseph to Bethlehem, the parade’s most ornate float of all bears the statue of the Christ Child. The final destination is the Catedral de la Inmaculada (Church of the Immaculate) where ceremonies honoring Jesus’ birth are held.

A unique Christmas experience in Ecuador 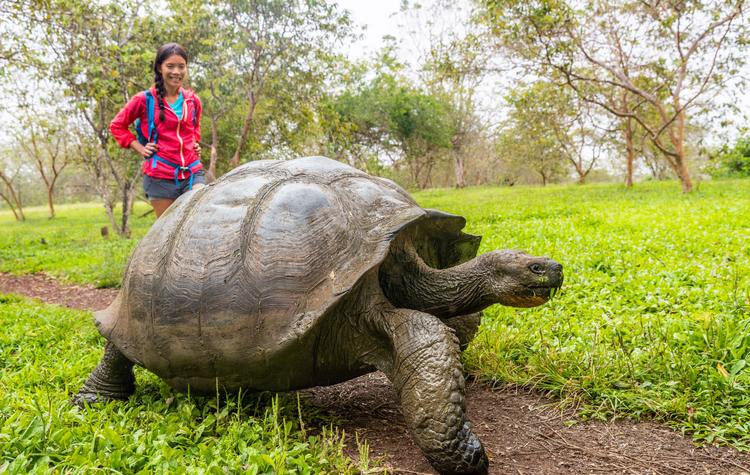 Explore some of the most unique ecosystems on Earth on a custom-designed Christmas trip with Kuoda. Roughly 600 miles west of mainland Ecuador, the numerous Galapagos Islands make up a pristine and remote archipelago.

During the month of December, the Humboldt current tends to subside, resulting in clearer water. This is ideal for scuba diving activities or swimming alongside sea life such as sea lions and colorful fish. On land, consider a hike across ancient lava fields or take an eco-friendly excursion to spot Giant Tortoise eggs hatching. There are endless outdoor activities in the Galapagos to relish the wild islands that once inspired Charles Darwin.

This is one holiday you and yours are sure to remember as the Galapagos make for an incredibly transformative family travel destination. Ask your Kuoda travel designer to detail the travel options and experiences of discovering the Galapagos Islands by land and sea. 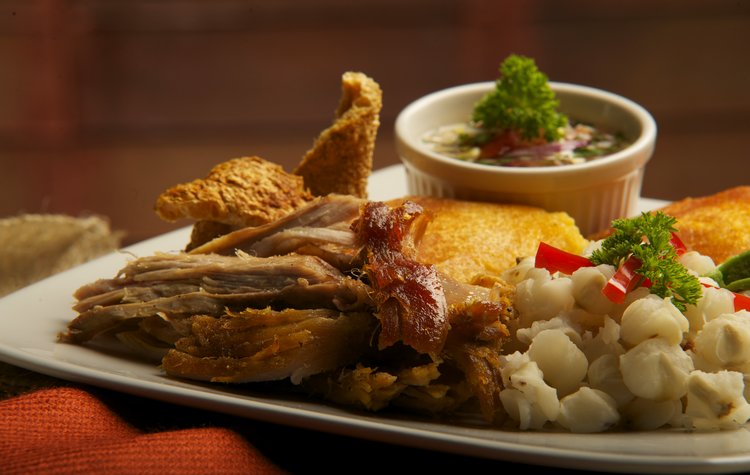 Traditional Christmas Eve (Noche Buena) dinner features stuffed turkey or roasted chicken. It is also not uncommon to be served hornado de chancho, a roasted pork leg marinated in garlic and beer. The main protein is accompanied by rice, potatoes, salads and buñuelos. The latter is a deep-fried dough in the form of a sphere that can be stuffed with sweet or savory ingredients, similar to those eaten in Mexico.

To drink, tables are typically occupied by numerous wine bottles or chicha, a fermented corn beer.

A favorite Ecuadorean Christmas beverage is rompope, an adults-only version of eggnog. Ecuadorians often use aguardiente, a liquor distilled from sugar cane, to spike the creamy drink made of eggs, milk and vanilla. 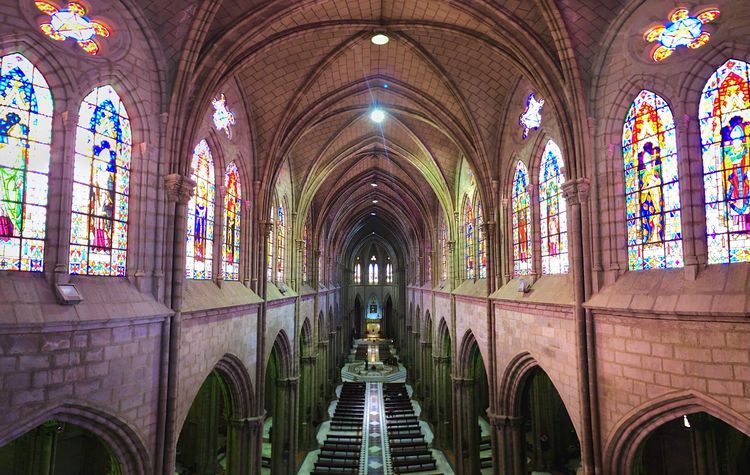 Unlike other South American countries such as Peru, Ecuadorians attend mass after eating their big holiday meal. On December 24, Ecuadorians stream in large numbers to attend the misa de gallo (rooster mass) at midnight.

What’s with the name? Misa de gallo is so-named because it goes into the wee hours and may end with the first rooster crow of the morning. That doesn’t stop locals from partying after leaving the church, however.

Before the mass or upon returning home, Christmas lists for desired presents may be placed in old shoes and left at the side of the beds of family members. In the morning, Papa Noel, or Santa Claus (a relatively recent figure in Ecuador’s Christmas celebrations) may bring a new pair of shoes along with the presents from the list.