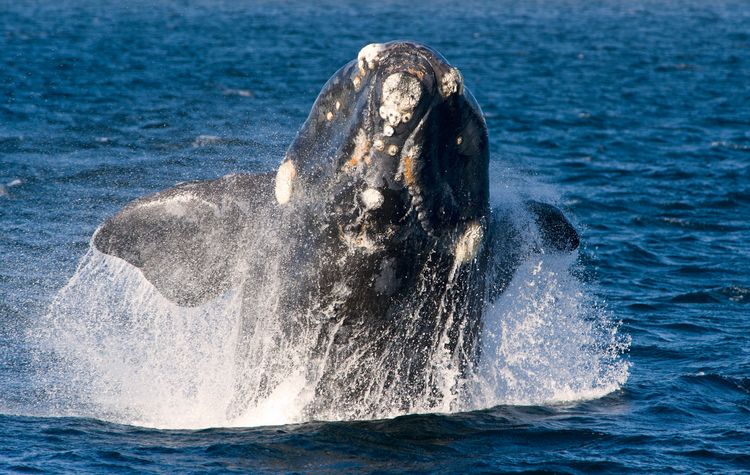 An important site for seals, sea lions, migratory birds, and other marine life, the Peninsula’s global significance as a place for conservation was officialized when it was listed by UNESCO in 1999. But it’s the giants that breed and hunt in these waters that visitors come to wonder at most often.

Peninsula Valdes is recognized as one of the world’s most important migration hot-spots for whales. Specifically, the endangered southern right whale and orcas.

The oceanic giants of Argentina are the whales of Puerto Valdes. Learn more about the types of whales here, how and when you can see them, as well as other things to do while you’re here with Kuoda.

Types of Whales in Patagonia 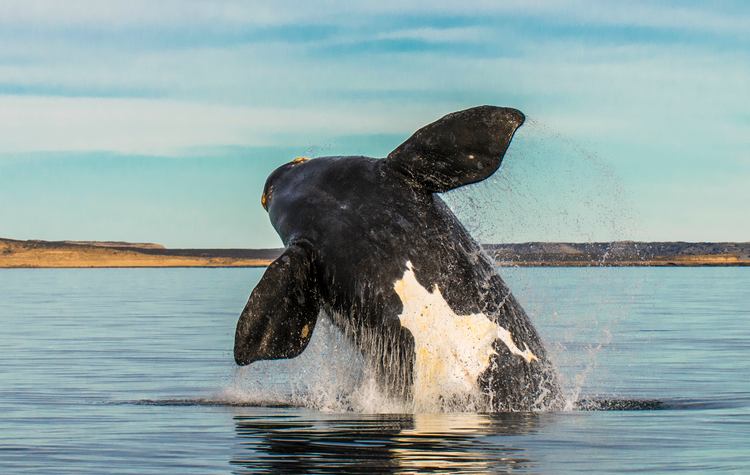 There are two types of whales to see in Puerto Valdes, Patagonia: the southern right whale and orcas.

The southern right whale is one of three large species of baleen whales. At their full size, they can weigh as much as 50 tonnes and span between 18 and 20 meters in length. They spend their summers feeding close to Antarctica before moving north in the winter to breed, where they’re spotted along the coasts of Argentina, Australia, Brazil, Chile, and even parts of Africa.

The other type of whale that can be seen in Puerto Valdes are orcas. The resident pod of about 25 orcas that call the shores their home are world-famous for the hunting technique they’ve developed. The orcas hide themselves in the waves, essentially beaching themselves, in order to hunt young seal pups on the beach. They then allow the larger waves to carry them back out to sea.

How to See the Whales of Puerto Valdes 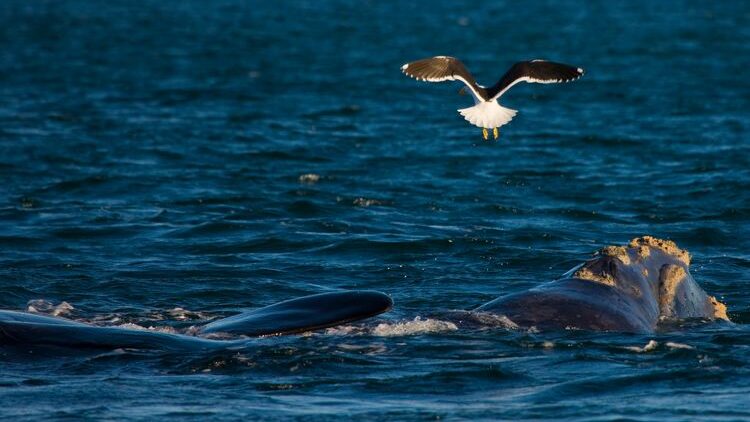 How and when to see the whales of Puerto Valdes depends on which species you’re most keen on seeing. Are you most interested in seeing the massive southern right whales breeching in and out of the ocean’s waves? Or does the idea of seeing a one-of-a-kind orca hunt excite you more?

If it’s the southern right whales that you’re opting for, the best months to see them are between August and October. You’re basically guaranteed a sighting in these months and there are multiple ways to go about that! Opt to go whale-watching by plane, boat, or semi-submersible boats (but even just walking along the shore or from your hotel room you have a good chance of seeing some).

Is it the orcas that are calling you? Although you can find this resident pod along the coast of the Peninsula all year long, the best orca watching is between April and May. That’s when they’re hunting the seal pups in the attack channel. Side note: higher tides usually means an even better chance of catching a hunt in process.

Visitors should also keep in mind that whale sightings can be unpredictable and elusive. Be patient and give yourself plenty of days and ways to see the whales! 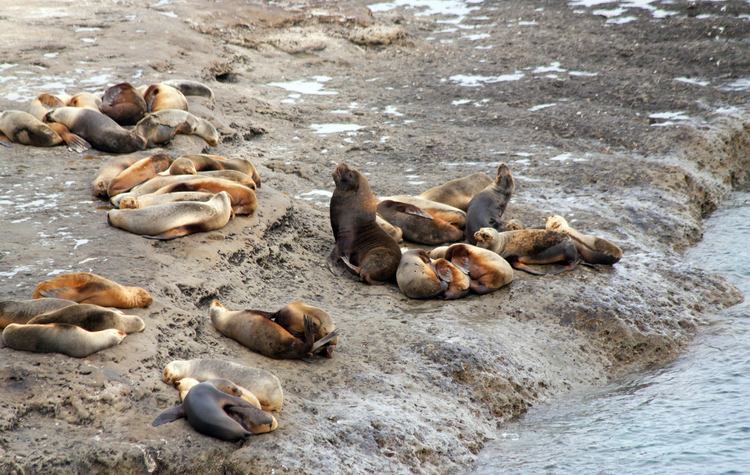 While you’re patiently awaiting your chance to spot the main attraction, there are many opportunities for other wildlife viewing in and around the Peninsula.

Dolphins are some of the ocean’s most magical creatures and there are two types of dolphins to be found here. Commerson’s dolphins live along the coastline of Puerto Valdes all year long. They give birth in the middle of November, a great time to head to Playa Union to see baby dolphins. Between December and March, there’s another group of smaller dolphins that frequent the Golfo Nuevo and Golfo San Jose.

Sea lions and elephant seals also call Puerto Valdes home. Thousands of elephant seals and sea lions live along the coastline all year round. It’s an important breeding area for these large marine mammals, both of which breed between December and March. Sometimes, you can see as many as 20,000 seals gathered along the rocky shores at one time.

There are more than 180 bird species on Peninsula Valdes alone. On Bird Island, you’re almost guaranteed to spot Royal Cormorants, rheas, and migratory bird species such as the Antarctic Pigeon.

Also Worth Checking Out 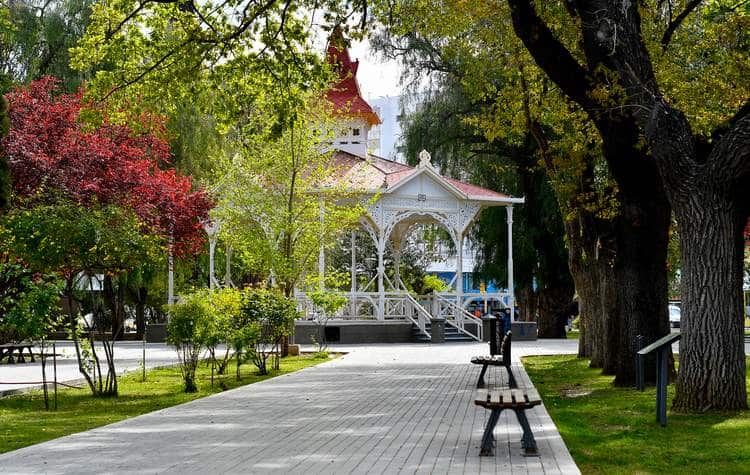 On the southern half of the Peninsula Valdes are the Salina Grande and Chica. The Salina Chica is a natural habitat for Artemia Salina. This crustacean’s eggs give the lake a pink hue, which also attracts flamingos. A beautiful place to catch a sunset and perhaps spot one of these pink birds, it’s easily reached by car and a short walk on foot.

Trelew is a small town on the way to Punta Tombo and it’s worth visiting for two reasons. First, the town was settled by Welsh immigrants to Argentina. The entire town, from its architecture to its tea rooms, make it a little piece of the United Kingdom in South America.

But Trelew is also home to the Paleontology Museum – and the paleontological findings in this region are significant. Indeed, it’s believed that this part of the world was once home to the largest dinosaurs that ever roamed the earth. The museum documents all of that and is definitely worth a visit.

See the Whales in Patagonia with Kuoda 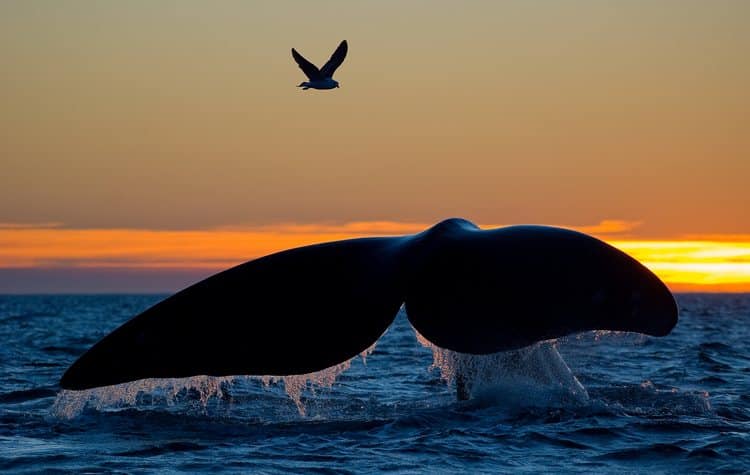 Watching for whales in Puerto Valdes is a bit different than anywhere else in the world. Here, you can experience the endangered southern right whale from a semi-submersed boat or as you’re taking a stroll along the beach. But you can also watch a resident pod of orcas hunt in a way that’s unseen anywhere else on the planet.

Wildlife lovers can also indulge in huge populations of seals and sea lions, penguins and other bird species, dolphins and even flamingos. A lesser-known wildlife viewing hot spot, visitors will love the space and time they have to take their surroundings in and truly experience the natural world.

Headed to Argentina? Add whale watching in Patagonia to your Kuoda itinerary.