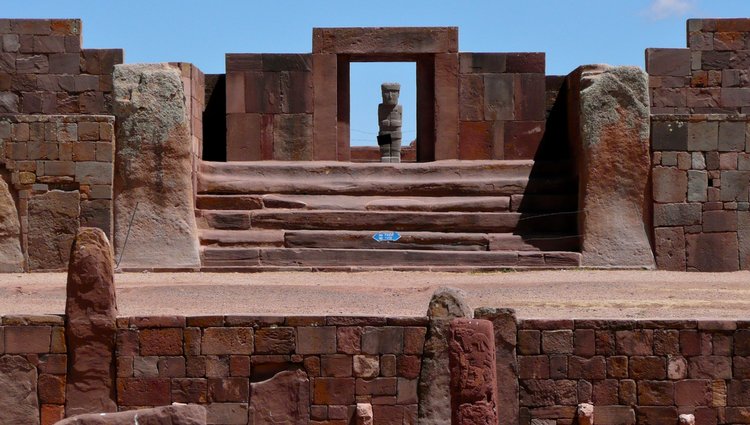 On your luxury Bolivia tour, your trip can include a visit to the mysterious ruins of Tiahuanaco, which were populated by a people whose architectural remains reflect a sophisticated civilization that was likely inhabited as early as 300 BCE!

The Tiahuanaco culture is believed to have reached its peak between 500 and 900 CE, at which time it is theorized that it dominated much of the Southern Andes and beyond. The structures left behind testify to this culture’s degree of advanced development.

Located near the southern end of Lake Titicaca, at an altitude of 3,850 meters (12,631 feet), the adobe portion of the city did not survive the centuries. However, a spiritual and ceremonial center, which includes huge stone monuments, is contained within a protected archaeological zone, and can be viewed by the public. It contains monuments constructed using ashlar masonry techniques, wherein individual stones are cut and dressed to be uniform in shape, size, and appearance. This area is also equipped with a comprehensive network of sunken channels and canals used for the irrigation of crops and the distribution of rainwater. Recent scientific discoveries demonstrated that rather than functioning as mere drainage channels, these canals were dug in such a way as to be heated by the sun during the day and release heat at night. This phenomenon supported crops that were planted alongside the canals, while crops without this protection would easily succumb to frost, a frequent occurrence at this altitude. Thus, the Tiahuanaco were not only master builders, but masters of their environment, showing a sophisticated understanding of what it took to survive and thrive in the cold, dry climate of this region. The modern-day residents of the area are now adapting these techniques for their own use: a wonderful example of current generations benefitting from ancestral wisdom. 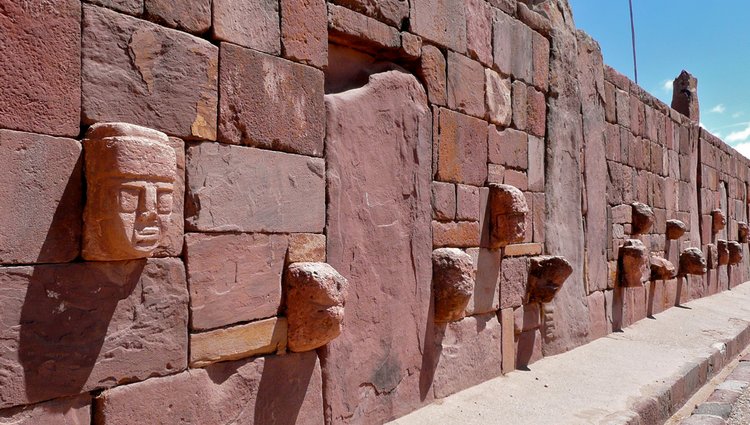 The ceremonial area also includes several monuments and pyramids, the most impressive of which is the Akapana Pyramid. It is the largest building at the complex, measuring 194 meters (636 feet) by 182 meters (597 feet) and is over 18 meters in height (59 feet)! It is oriented to the cardinal points, and consists of seven overlapping levels, separated by carved walls filled with sediment and compacted sandstone. The temple is thought to have been dedicated to the worship of the Sun God. It is theorized that it may have been constructed by successive generations, due to the fact that there are differences in construction between the first and subsequent levels. At the first level, the walls are lined with padded stone, but at succeeding levels, they are cut with symmetrical rectangular blocks. Some of the pedestals of the temple are carved with black basalt Puma-Men, hybrid images of humans and cougars. 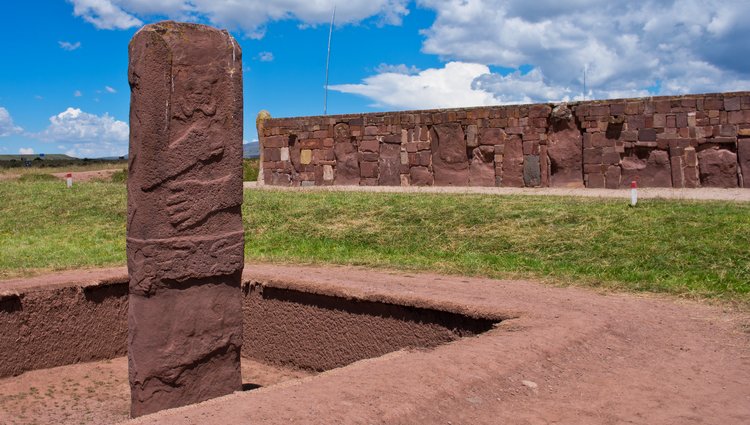 Another structure at the ceremonial center is the Kalasasaya, which was built of vertical columns interspaced with small rectangular blocks. This structure includes a Sun Gate, a monolithic doorway protected by a carved, staff-bearing guardian and winged “angel” figures. Pottery pieces discovered at the site were formed as flared beakers adorned with pumas, condors, and other creatures.

The Tiahuanaco people predate the Inca by several centuries. The exact time of their first appearance is unknown, nor is it known how or why they disappeared. The mysterious legacy they left behind is the subject of much speculation among modern-day archaeologists.

You will be enthralled as you visit Tiahuanaco and soak up its mysterious atmosphere on your luxury trip to Bolivia.