The Origin of the Inca Empire in Cusco 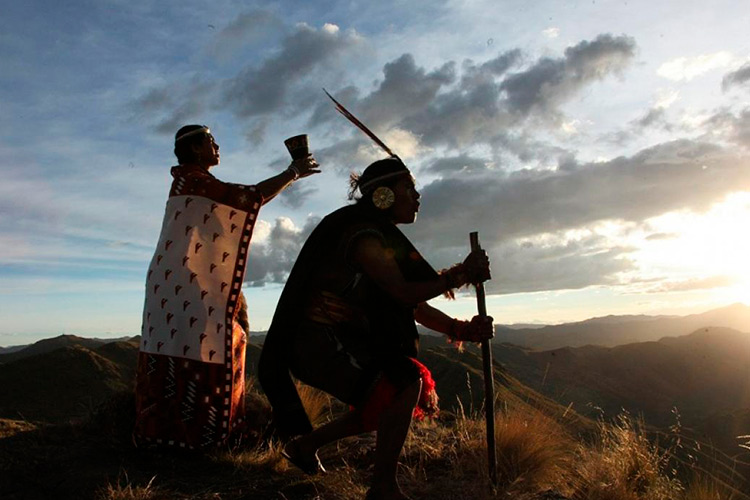 Cusco, the Capital of the Inca Empire and center of the world. During your travels to Peru and on to Machu Picchu, you will pass through Cusco and have the chance to wander the Inca capital’s cobblestone streets and past incredibly constructed Inca walls, and you may wonder about the people who built them. Where did they come from, and how did they decide to make Cusco their capital? And who was the very first Inca? Before we answer these questions, let’s take a look at how the world as we know it came to be, and then learn about where the Incas themselves came from.

The Creation of the World 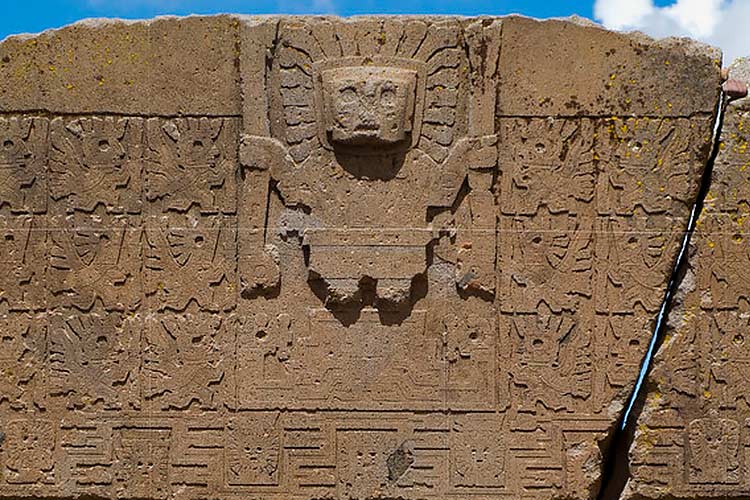 According to the Inca religion, the world was created by Viracocha, the Creator, when he rose out of Lake Titicaca to bring light to the darkness. He then had a son and two daughters – his son was Inti, the sun god, and his daughters were Mama Killa, the moon, and Pachamama, the Earth.

He made the first men by breathing into stones. These first men were cruel, brainless giants, and so he destroyed the world with a flood, and tried again, this time using smaller stones. He then disappeared across the ocean, never to be heard from again, though some say he wandered the streets as a beggar, teaching people the basics of civilization, and sometimes performing miracles.

The Origin of the Incas

There are a couple of stories about the origin of the Incas, however both name Manco Cápac as the first Inca, and Mama Ocllo as his wife. 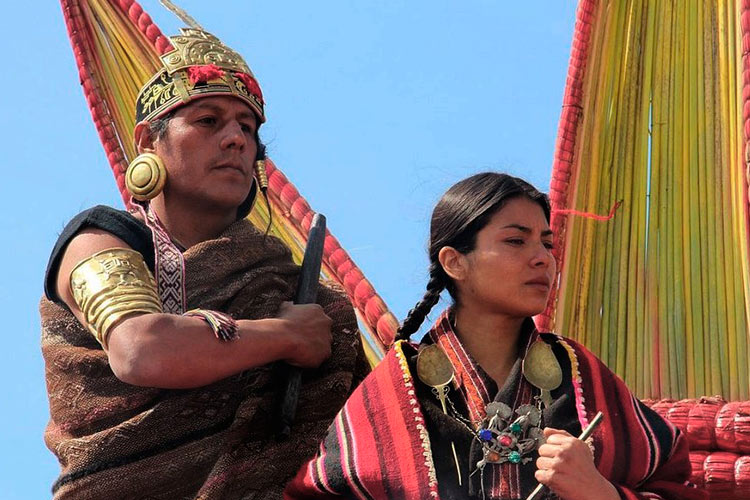 In this version of the story, Manco Cápac and Mama Ocllo are the son and daughter of the sun god Inti and the moon goddess Mama Killa. They were raised out of Lake Titicaca (or a cave near Pacaritambo, depending on who you talk to), and taught the arts of civilization – farming, building, weaving, cooking, etc. They were then sent to find the perfect place to start a new civilization. Manco Cápac was given a golden rod, and instructed by Inti that where this rod sank into the ground with a single blow, that would be the place to build the new Inca capital. They traveled far and wide, until they arrived to present-day Cusco, and here, the staff easily sunk into the ground, indicating their journey had ended. They then started teaching the people they found there the ways of civilization, and thus started the Inca empire.

Legend of the Ayar brothers 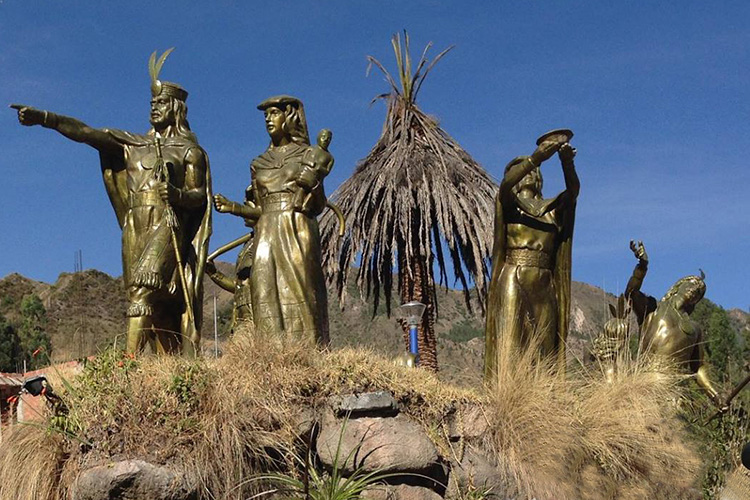 This version is similar to the first legend in many ways. In this story, Manco Cápac started as Ayar Manco, with his three brothers (Ayar Cachi, Ayar Awqa, and Ayar Uchu) and his four sisters (Mama Ocllo, Mama Raua, Mama Huaco, and Mama Qura). According to this story, there were three caves, and these eight children of Viracocha emerged from the middle cave, while the people who were meant to be the future Incas emerged from the side caves.

Ayar Manco carried a golden staff, and where this staff sank easily into the ground, they would stay to create their capital. They traveled for a long time through the mountains. During the travels, the three brothers of Ayar Manco left for various reasons – Ayar Cachi started boasting about his strength and power, and so his siblings tricked him into going back to the cave, and trapped him inside. Ayar Uchu stated that he would stay above, on top of the cave, to watch over his people, and turned to stone so he could do just that. Ayar Auca got tired of searching with his siblings, and set off on his own. And so only Ayar Manco and his sisters remained.

When they reached the area now known as Cusco, the staff sank easily into the ground, claiming this area as their new home. The people who were already in the valley fought hard to keep their land, however Mama Huaca was a great fighter, and when she threw her bolas (stones tied together that spun in the air when thrown) and killed one of their warriors, the people became afraid and left.

After this, Ayar Manco became Manco Cápac, the first Inca, and he and his sisters built the first Inca homes in this valley. When his time came, Manco Cápac turned to stone like his brothers, and the son borne to him by Mama Ocllo, Sinchi Roca, became the next Inca.

Every culture has an incredible creation story and tales of origin, and the Incas are no exception. From the Creator Viracocha rising out of the waters of Lake Titicaca, to Manco Cápac arriving to Cusco with his golden staff to start a great empire, the stories of how the Incas came to be offer a fascinating insight into the people that controlled most of western South America. So raise a cup to Viracocha, Inti, Mama Killa, and the Pachamama, and to the first Inca, Manco Cápac, without whom Peru would not be the incredible place it is today.