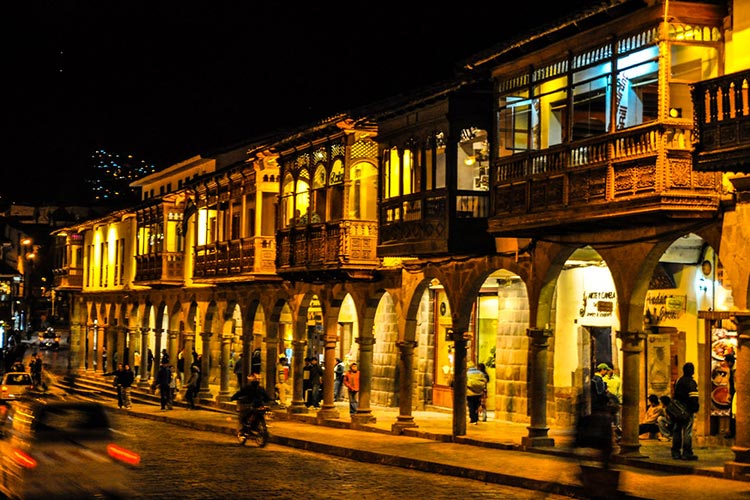 In the previous articles of this series on staying longer in Cusco on your private Peru vacation, I discussed about visiting museums and galleries and shopping. Now we’re onto food, everyone’s favorite subject!

Over recent decades, Peru has gained a well-earned reputation as a center of gastronomy. World-famous Peruvian chef, Gaston Acurio, has devoted himself to bringing renown to Peruvian cuisine with the result that Peru’s gastronomy is now on the radar in many cosmopolitan areas in the world. Cusco, as the most visited South American city, is home to a great many wonderful restaurants, cafés, and eateries of all kinds. A few of which, I’ll describe in this article. Prepare to indulge in some of the most delightful flavors and textures during your Cusco holiday!

Criollo is the name of the gastronomy that’s evolved in Peru over centuries. Influenced by indigenous, Spanish, African, Asian, and Western European culinary styles and ingredients, it’s a cuisine like no others in the world. Fresh, natural ingredients and the liberal use of local herbs and seasonings, such as huacatay, muña, and cilantro, as well as yellow ají peppers, are among its trademarks.

Here are a few restaurants with traditional and modern takes on Criollo food. 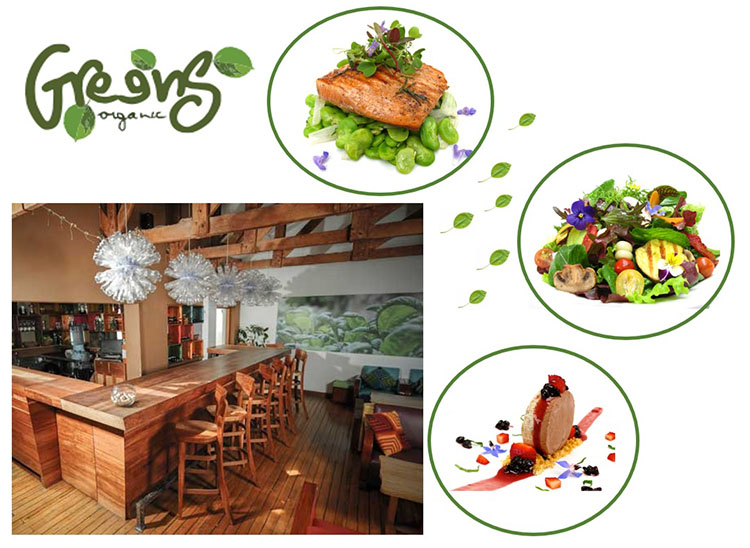 Located just off the Plaza de Armas, Greens serves a variety of dishes prepared from locally sourced, organic ingredients. Known for their friendly service and creative menu, this restaurant also offers vegan and vegetarian options. The smoked trout appetizer I had here was to die for! 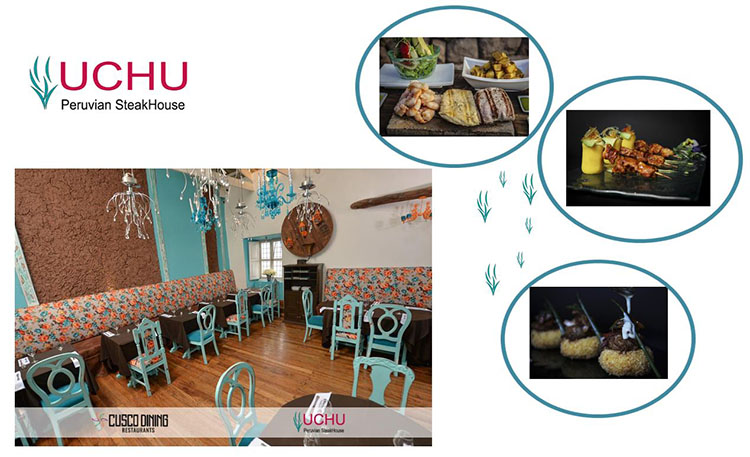 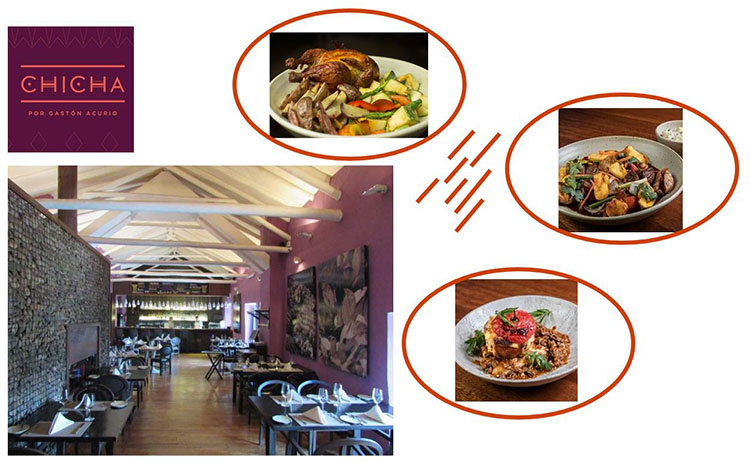 Known for its delicious food and generous portions, Chicha is a Gaston Acurio restaurant located on Plaza Regocijo near Cusco’s main square, serving traditional Peruvian dishes with a gourmet twist. For meat lovers, there is Sancochado, cooked in broth with three types of meat and a hearty mixture of root and leaf vegetables. It is served with house-made sauces for dipping.  Save room for dessert. I had the Chocolate Balloon.  It was creamy, crunchy, and absolutely delicious! A take on the classic stuffed apple dessert. 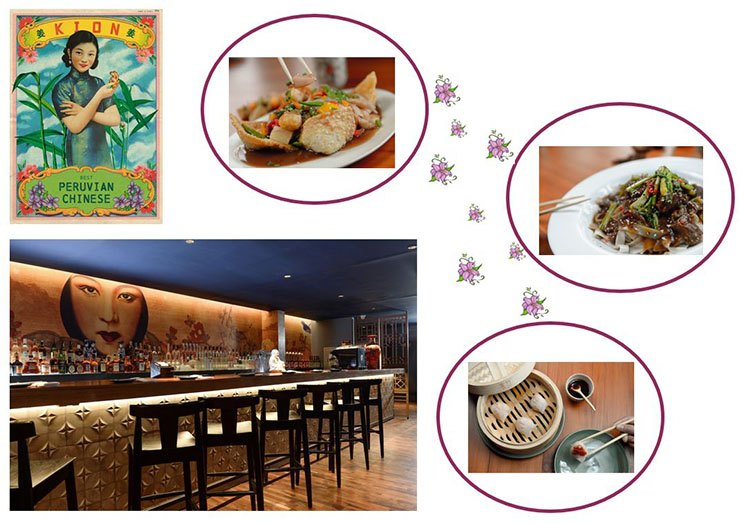 There’s a large and vital Chinese population in Peru that immigrated here beginning in the late 19th century. The cuisine they brought fused over time with Peruvian ingredients to create a unique Chinese-Peruvian type of gastronomy known as Chifa. Of the many Chifa restaurants in Cusco, Kion stands out for its masterful presentation of the diverse tastes and textures.  Fresh and colorful ingredients are the hallmark of this type of cooking.

The abovementioned restaurants are in the upscale and touristic category. During your private Peru vacation, you might also find it fun to visit some of the local establishments and rub elbows with the Cusqueñans that frequent them. 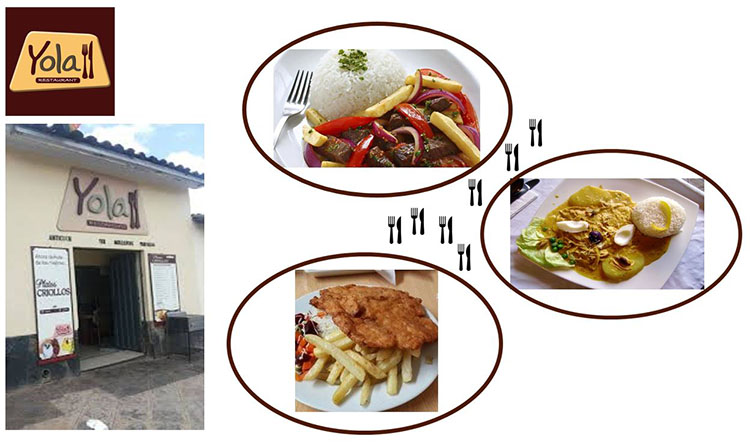 For a taste of delicious Criollo food in a restaurant made popular by locals, try Yola, known for its generous portions of delicious traditional Peruvian food at very reasonable prices. Some of their most popular dishes include lomo saltado (stir-fried beef over rice), aji de gallina (shredded chicken served with a creamy yellow pepper sauce), and milanesa de pollo (lightly breaded fried chicken cutlet). Yum!

Pollo a la brasa (wood-fired chicken) is Peru’s universal go-to food, kind of what hamburgers are like in the States. A great local choice for this well-seasoned, crisp-skinned delight is Nesedy’s, with several locations around Cusco. The chicken is served with papas fritas (fried potatoes) and a variety of sauces. Ketchup is available if you ask for it, but it’s more common to find Cusqueñans dipping their fries in mayonnaise! Another great option is Don Belisario’s, which also has a few locations around town. 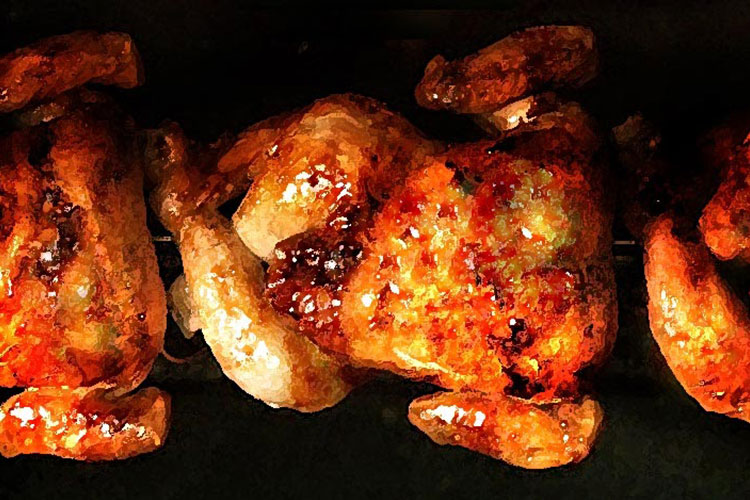 We hope you enjoy the options we’ve provided for both upscale and local Cusco eateries during your private Peru vacation!