Q’eswachaka – The Last Bridge of the Incas 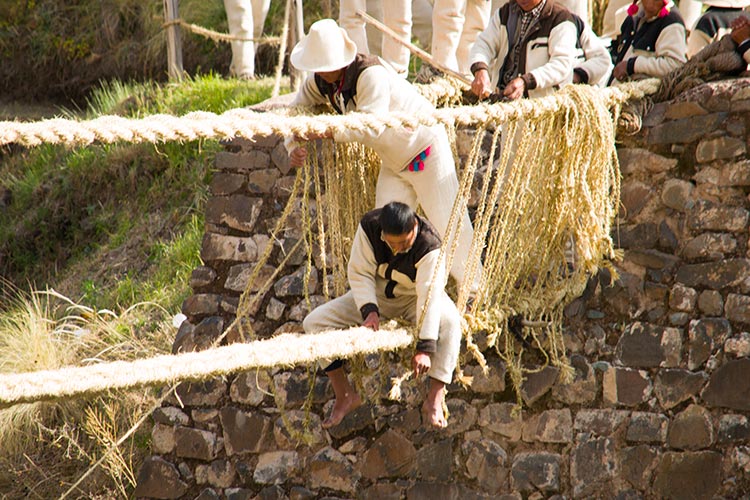 During your trip to Peru, you will notice many paths, trails, and roads that were built in times long the past. This timeworn network, called the Qhapaq Ñan, was built by the Incas in order to reach all corners of their empire. The Incas were master bridge builders, and so one of the things that made the Qhapaq Ñan unique were its bridges. These were often made of thick braided cables, built up from ropes of woven grass. While most of these bridges are no longer around today, there is one exception – each year, local communities take down and re-build the Q’eswachaka bridge across the Apurimac River. 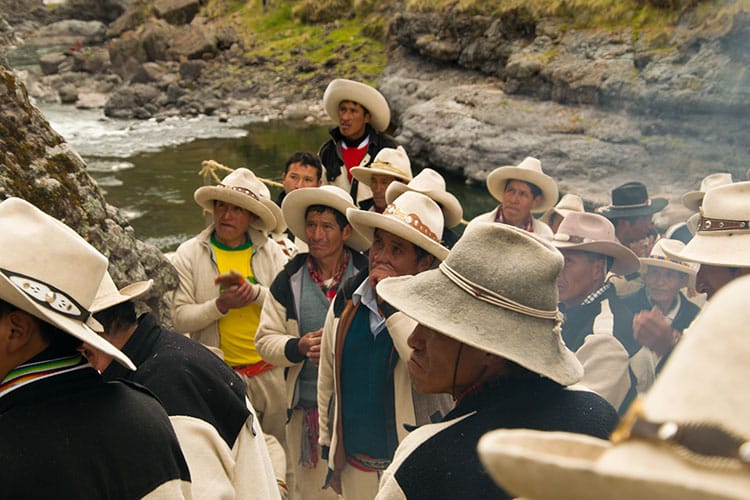 There are four local communities who have worked together for hundreds of years to keep this tradition alive – the Huinchiri, Chaupibanda, Choccayhua, and the Ccollana Quehue, convening every June. The process starts with an offering to the Pachamama, or Mother Earth, asking permission to build the bridge. 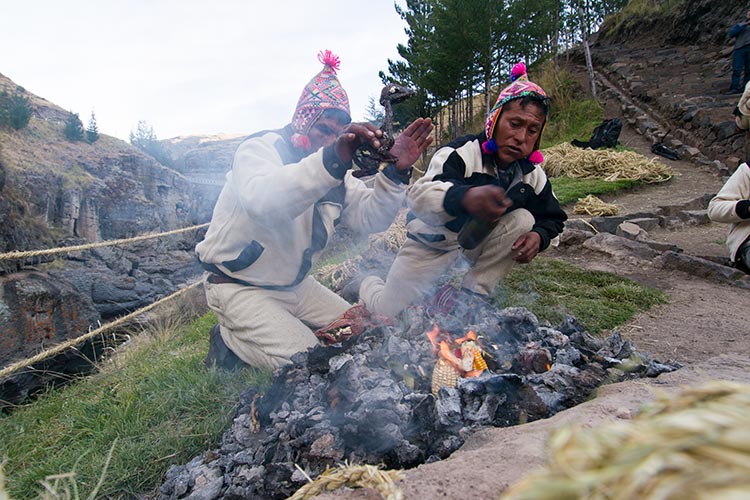 Then grass called ichu is collected and pounded with stone in order to make it more flexible. 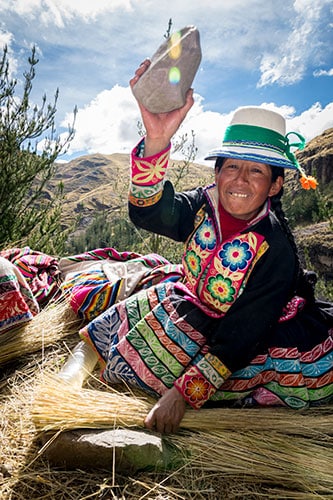 Next, the grass is twisted and braided by the women in the communities into smaller cords called q’oya. 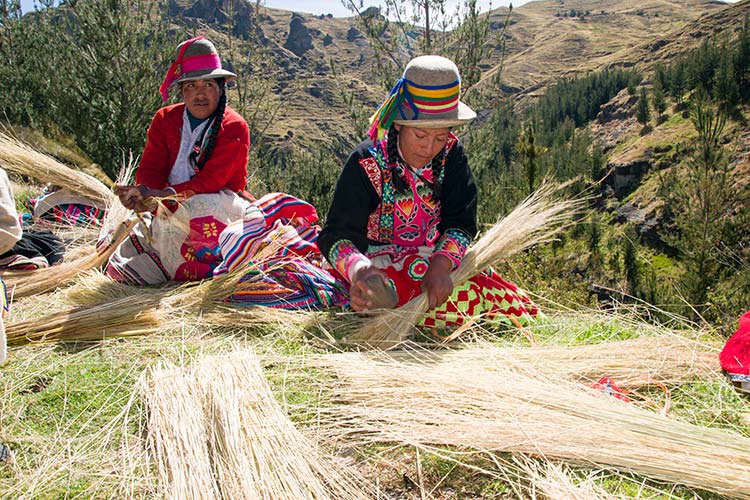 Thirty of these cords are twisted to become larger ropes, and these ropes are then braided to become thick, strong cables. 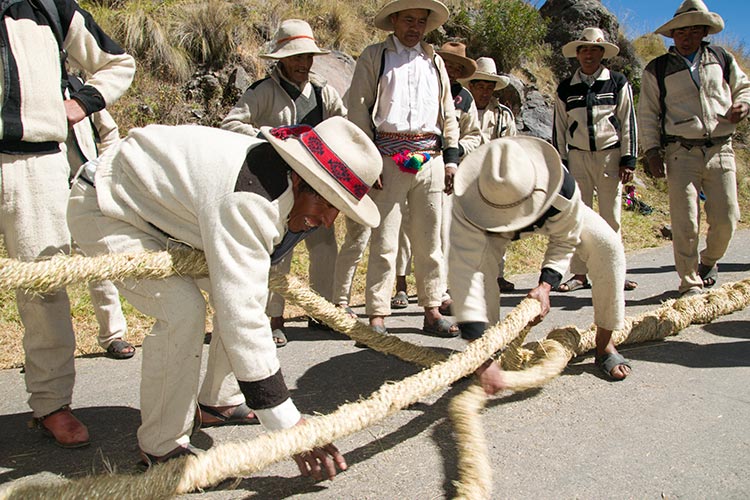 These cables are then stretched, and then brought down to the river. 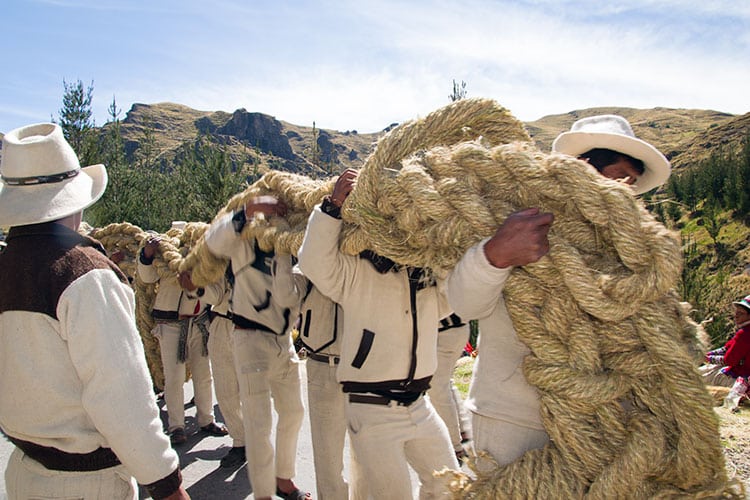 The old bridge is used to get the cables across – four for the base and two above on each side, as hand rails. 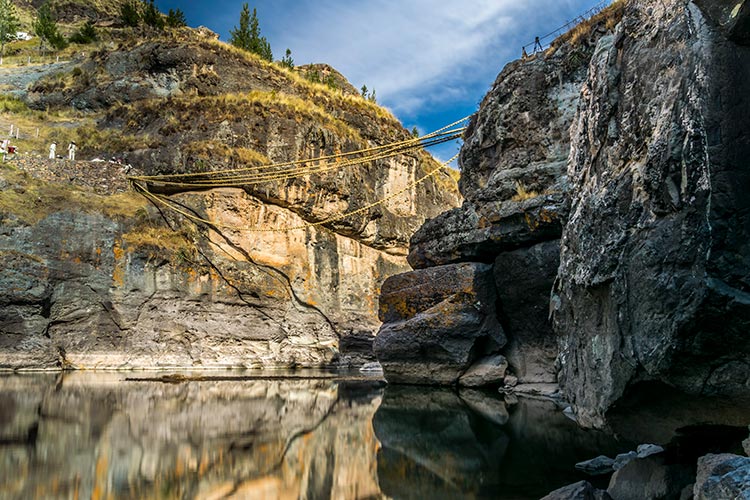 At this point, the old bridge is cut down, and swept away by the river. 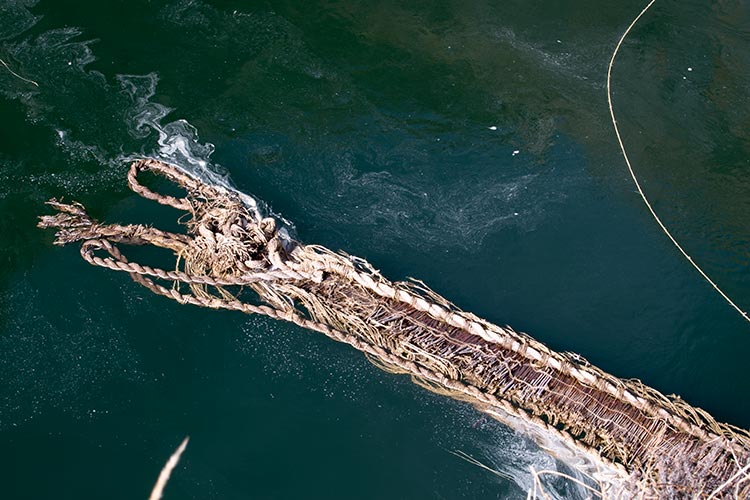 Then the weaving begins – the chakarauwaq, or engineers, make their way across the bridge, one from each side, weaving the platform together, while others behind them attach the handrails to the platform with q’oya cords, until they meet in the middle. 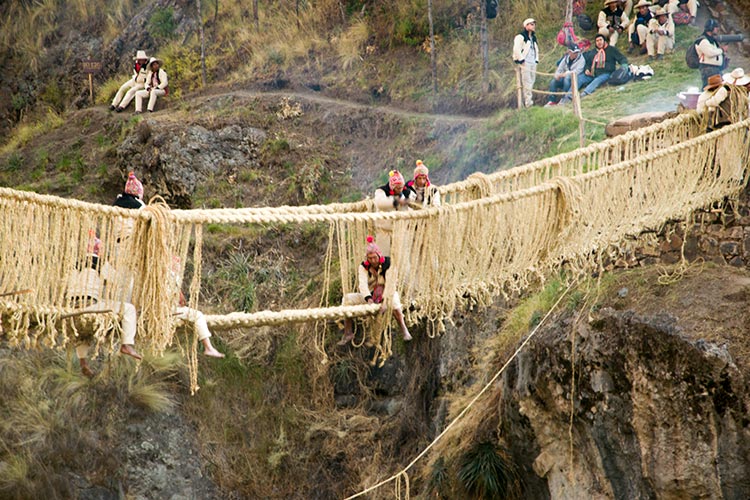 Once the bridge is finished, they give thanks to the Apus (mountain spirits) and then celebrate with music, dancing, and of course food and chicha, a fermented corn drink. 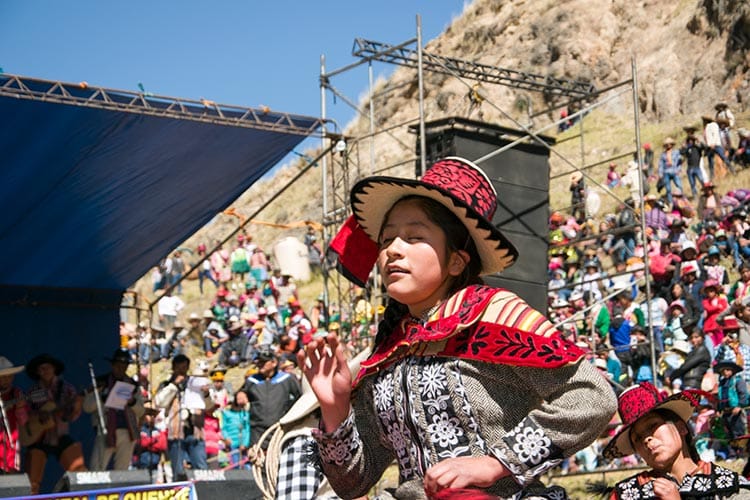 In 1968, the government built a steel bridge just a bit upstream from this impermanent grass bridge, which was meant as a permanent replacement for the Qeswechaka bridge. Most people use this steel bridge in their daily life, however the annual tradition continues today. Now that this bridge is not needed, the rebuilding the Qeswechaka takes on a more symbolic role, a celebration of the communities’ ties to the Pachamama and a way to preserve their culture.

So if you are interested in experiencing a piece of living history, you can visit the Qeswechaka bridge during your visit to Peru, and marvel at this piece of Inca engineering that still exists today thanks to knowledge passed on from generation to generation for over 1,000 years.