Why you should visit Puerto Natales in Chile 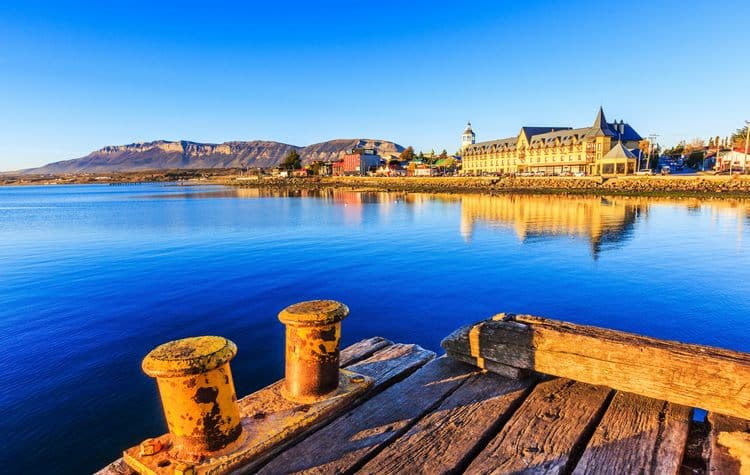 Puerto Natales is a small city in Chilean Patagonia located on the Señoret Channel along a scenic fjord and with the southernmost peaks of the Andes set in the background. It is the gateway to the Torres del Paine National Park, and is as an adventure junkie’s paradise.

Most people travel to this region to visit the National Park, which is highly understandable, but do not miss the opportunity to stop by this hidden gem in the Patagonia region of Chile. Puerto Natales is a tourist hub where you will be able to stock up on great food supplies, fuel up for your trek, and discover some other local attractions.

This former fishing port has evolved into a popular destination because of the various outdoor adventures it offers like Bernardo O-Higgins National Park and Glacier Grey, as well as the opportunity to learn more about the history and indulge in Patagonian cuisine. Keep reading this article if you would like to learn why we recommend that you visit Puerto Natales in Chile. 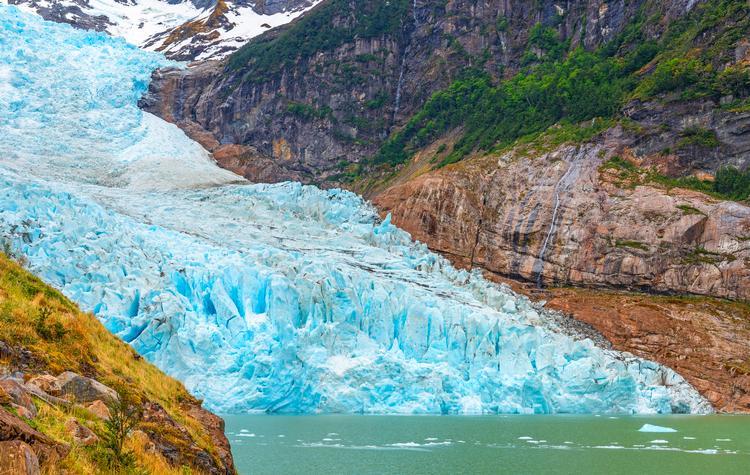 Named after General Bernardo O Higgins, the first head of state of the Republic of Chile, this park is the largest of the protected areas in Chile. With its surrounding mountains and deep fjords, this huge, rugged national park is even more remote than Torres del Paine and a lot less crowded too.

The park boasts breathtaking landscapes, with glaciers such as the giant Brüggen and Pius XI glaciers, subpolar forests, the frozen summits of Mount Fitzroy, and volcanoes such as Balmaceda and Lautaro. As the venture is more off the beaten track and less explored, it is advised to plan your trip ahead of time. 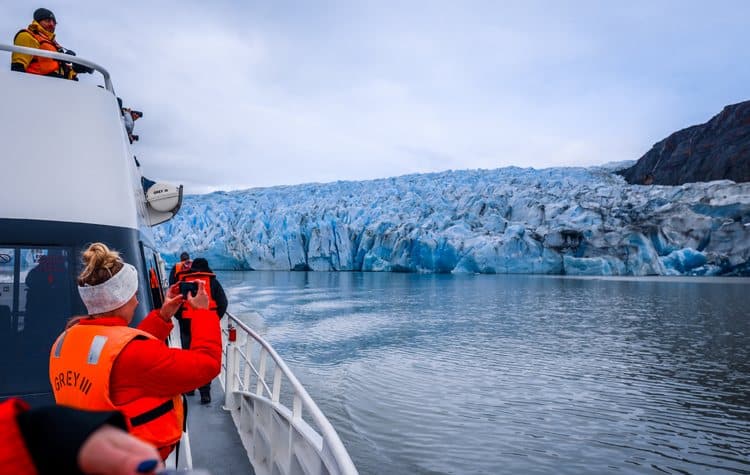 Glacier Grey is a magnificent glacier in the southern Patagonian ice field, located just west of the Cordillera del Paine. It cascades down a valley from rocky granite mountains into icebergs that drop down into a blueish turquoise lake. It is one of Patagonia’s most sought-after natural beauties, which you will clearly understand when you see it with your own eyes.

It forms part of one of the biggest ice fields beyond the poles, and covers some parts of the mountains in Torres del Paine National Park and other surrounding areas. Thanks to its popularity, it is easy to take a tour through many agencies that operate within the park, as well as through guesthouses and hotels in the neighborhood. 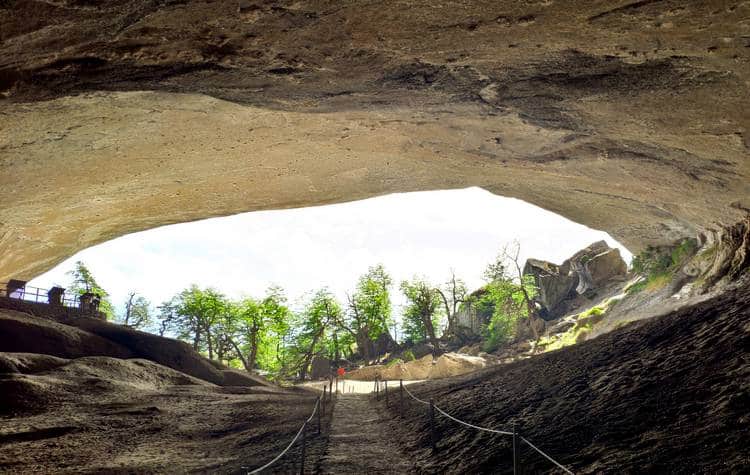 This cave forms part of a Natural Monument, along with several other caves, and gets its name from the desiccated remains of a giant sloth – bigger than a grizzly bear – that were found deep within the cavern in the year of 1896. Archeologists believe that the sloth was killed by stone age hunters who resided in Milodon.

The sloth specie may have become extinct approximately 10 000 years ago, but you will be welcomed by an impressive replica when you arrive inside the cave today. Along with this, some evidence of human habitation were also found like fire-fractured rock and lithic tools that could have been used by humans. It was discovered by a German explorer, Hermann Eberhand, in the year 1895.

Take a boat ride to Channel of Last Hope 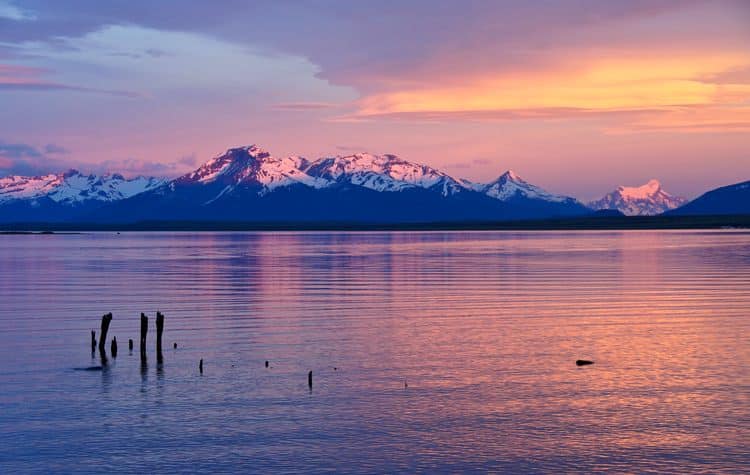 This is a glacier-carved fjord, outlined by spiky, snowy mountains that is located just outside of Puerto Natales harbor. It is easy to reach and can be done in a full-day boat trip, and other than the gorgeous natural landscapes, you may also be lucky enough to see some wildlife. Sea lions, albatrosses and whales have been spotted in the ocean here.

The Spanish navigator named the channel “El Canal de Ultima Esperanza” which translates to “Channel of Last Hope” in the 16th century. He named it like this because he believed that it was his final opportunity to find passage through the Tierra del Fuego islands to the Magellan Strait.

This is a modern museum that was built in April 1990 by the Carabineros de Chile. The museum was created as a tribute to the Tierra del Fuego’s indigenous history, with artifacts and engaging information panels about this period. The five rooms that can be viewed here include: The world and primitive environments, Displays of the original environment and native human life, Colonization, Rural life and Urban Activities.

When the first Europeans traveled past the coast and fjords of southern Patagonia on their ships, it gleamed with bonfires built by the Kawesqar and Aónikenk people because of the cold. The Europeans named the area after them – the Tierra del Fuego or Land of Fire. 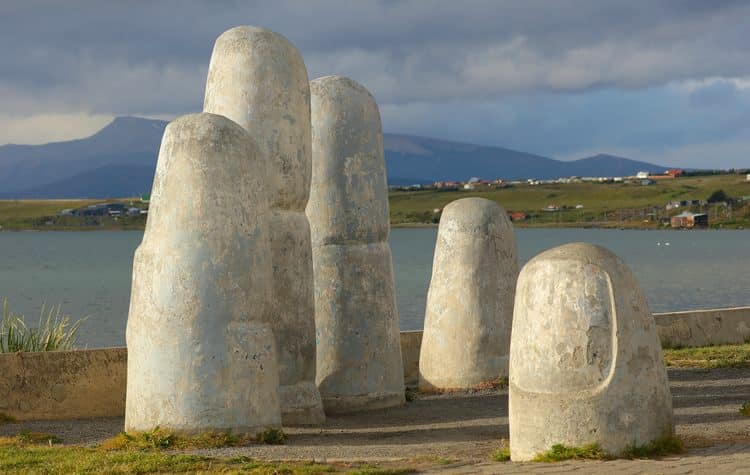 This special monument is great for long strolls and for taking great photos. The background is filled with the distant snow-capped mountain peaks, and the trademark of this monument is the interesting sculpture which makes part of the scenic view as you look out onto the water.

The statue resembles the fingertips of a subterranean giant bursting through the Earth’s crust right next to the Gulf of Admiral Montt. It was designed and created by the sculptor Juan Andrade with the help of the local community. It is conveniently located only ten minutes walking distance from the centre of town, so it can be done on a lazy afternoon. 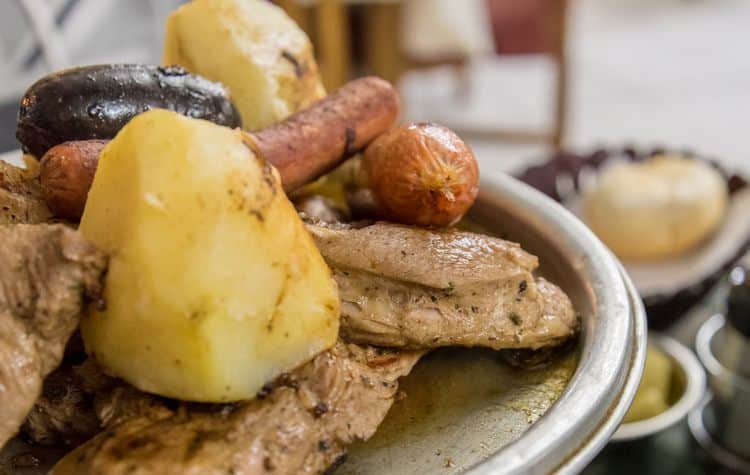 If you are a traveling foodie, then you can’t miss the traditional roasted lamb of Patagonia. One of the typical culinary delights of the area is the famous “Lamb Roast on the Stick” or also named “The Patagonian Roast”. This is an experience you cannot miss!

It requires a very special method of cooking that involves a style of roasting that takes around four hours and is done over a bed of warm coals. You are likely to see the lamb cooking in the window of any lamb restaurant in Patagonia, so you can’t miss it! 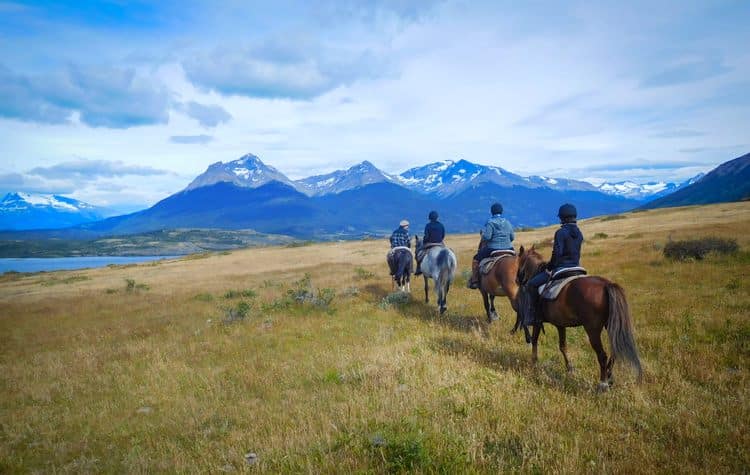 Puerto Natales might be better known as the pit-stop before embarking on the incredible Torres del Paine, but it is definitely not lacking anything. There are amazing opportunities to explore less trotted natural spots, go on a shopping spree, or experience the delicious food dining options. Chile is the perfect location to experience luxury travel in Latin America

We at Kuoda understand the frustrations that may appear when organizing a cohesive trip like this, especially with so much variety and limited travel time. We proudly share our strategies to create a well-planned itinerary for you, and all you have to do is relax and enjoy the ride.