Atemporal, a 9-room boutique hotel in Lima’s chic Miraflores district, earned a place in Conde Nast Traveler’s 2017 Hot List. This 21st edition of the Hot List featured 75 of the year’s top hotel openings. Atemporal was the only winner from the South American continent.

The Hot List recognizes the best properties from around the world that have opened their doors within the past year. This year’s list was one of the most selective yet with more than 675 contenders from 50 countries around the world, only 11% of which made it into the final 2017 Hot List. 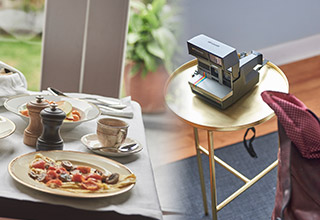 “Our annual Hot List, a rigorous selection of our favorite new hotel openings of the past year, is a predictor of what properties will stand the test of time, make history, and let you reimagine how you want to live and travel,” said Pilar Guzmán in her editor’s letter.

Lima’s Atemporal opened its doors in July of 2016 in a revamped 1940s mansion. Its luxury-townhouse-meets-homely-hotel aesthete is the work of the same award-winning designers behind Hotel B in Barranco and Titilaka Lodge at Lake Titicaca. Guests feel right at home with a maître de mason, concierge on duty around the clock, house car and chauffeur, and 24-hour menu.

“We are delighted to be included in the Hot List. It is a recognition for all the hard work of the Atemporal team, from the designers to the staff and, above all, to their ability to realize the dream of proving a new and original experience in the heart of Lima that marries the best of contemporary convenience, traditional elegance and world-class service,” says Atemporal CEO and co-founder Ignacio Masias.

To view this year’s 2017 Hot List in its entirety visit cntraveler.com and for more information about Atemporal visit atemporal.pe.