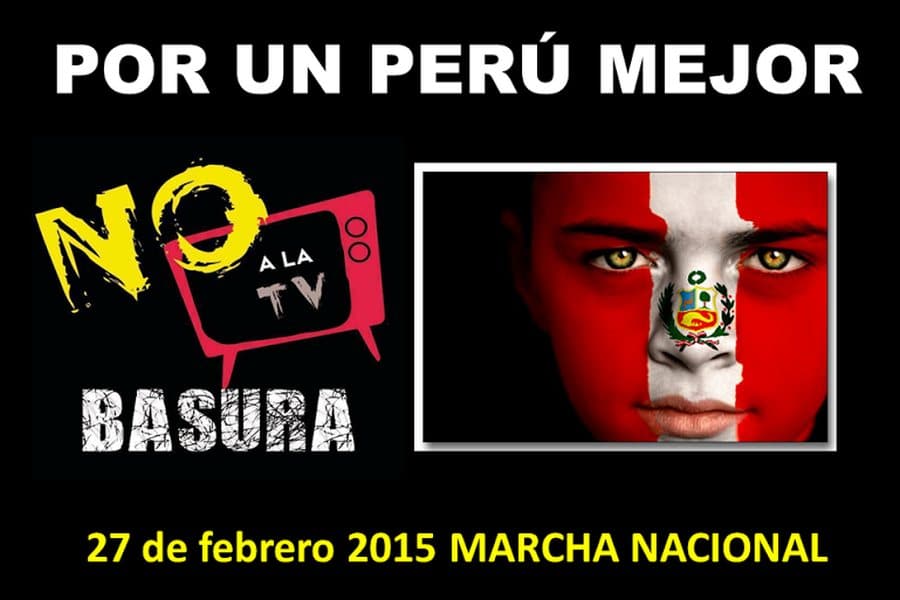 If you happen to flick on the television during your vacation in Peru, you may come across what is known in Peru as TV basura (trash TV). One of the best-known Peruvian examples of this type of programming is a show broadcast throughout Peru entitled “Esto Es Guerra,” in which teams of physically fit, scantily clad men and women compete in various sports-like activities, as an announcer screams an accompanying narration and the studio audience catcalls and whistles loudly throughout.

The March Against TV Basura

In February of 2015, more than 27,000 people marched against TV basura (Peru’s Trash TV), calling for the elimination of programs designed to cater to a culture of materialism and gratuitous sex and violence, and a return to shows with more thoughtful and elevated cultural themes. Then and now, Peruvian linguist Marco Aurelio Denegri leads the charge against TV basura, stating that it is addictive and dangerous, and has lasting and irreversible effects on the brains of viewers. Neuroscience backs him up.

The Detrimental Effects of TV Basura on the Brain 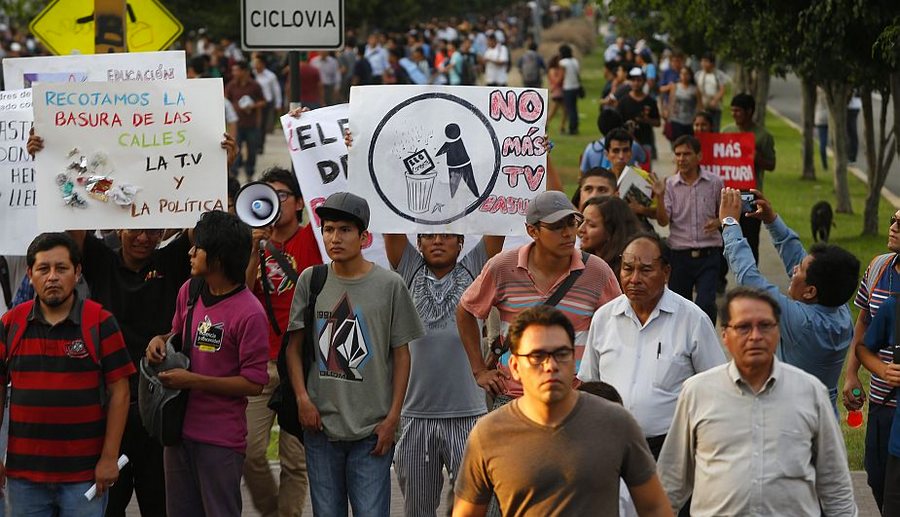 Neuroscientists have shown that because of the brain’s plasticity, repeated exposure to a stimulus in the environment, such as television that contains violence and impulsive behavior, may set up enduring changes in the brain’s wiring and ability to learn. When people come to expect to be entertained by the so-called trash TV, their ability to think may become impaired. Some scientists and educators feel that the epidemic of behavioral and attention span issues found in school-age children today is a direct result of too much television, and specifically, of exposure to mindless TV.

Conclusion: When in Peru, Keep the TV Turned Off

Many find it refreshing to see so many Peruvians taking a stand against the mindless and damaging programming currently on Peruvian television. Even so, there’s no substitute for the real world human interaction, problem solving, and outdoor play that occurs when you simply turn the TV off altogether and explore instead.

With Kuoda Travel, we’ll keep you busy exploring your new surroundings from the moment your plane touches the runway in Lima. From cultural interactions to hikes on ancient trails, TV will pale in comparison. Hmm…maybe we’re on to something here.