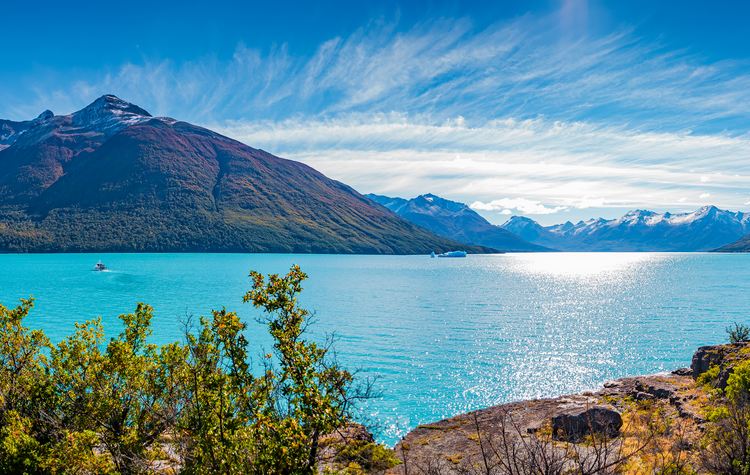 South America is home to the world’s highest navigable lake: Lake Titicaca. But did you know that this continent is home to a wealth of beautiful lakes?

The Andes mountains runs through the middle of this continent from north to south. It’s this mountain range that’s responsible for the development of most of South America’s glacial lakes and reservoirs. Some of those lakes are continuously filled by glacial run off while others were formed thousands of years ago with the melting of enormous glaciers at the end of the ice age.

Regardless of what put them there, the famous lakes of South America each have something different to offer. While some offer the opportunity for sport, others offer breathtaking colors and beauty, and still others carry significant cultural and historic importance.

Come along with Kuoda as we explore the 8 most spectacular South American bodies of water.

Home to one of the world’s highest waterfalls, the largest river by volume, and 15,800 miles of coastline, South America has plenty of water features that are worth noting. Lesser known, though, is the fact that this continent has been blessed with hundreds of beautiful lakes.

But glacial lakes aren’t the only types of lakes in South America. There are also massive reservoirs, salt lakes, colored lakes, and lakes with important cultural and historic significance. There are lakes for fishing, kayaking, and paddle boarding, lakes with hiking loops, and lakes with beaches for relaxing.

We could write an entire book on all of the lakes in South America. But since you don’t have a whole year to explore them, we’ve narrowed it down to our top 8 favorite lakes and explained exactly why we love them below. 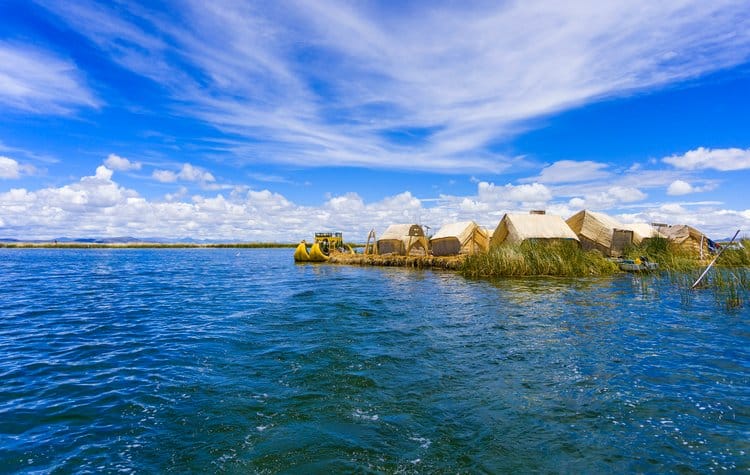 Of all South America’s bodies of water, Lake Titicaca is likely the most infamous. At 120 miles long and 50 miles wide, this is the largest lake in South America by both surface area and volume. It’s perched at an impressive 12,507 feet, making it the world’s highest navigable lake.

Straddling the borders of Peru and Bolivia, Lake Titicaca holds incredible cultural and historical significance. It was a focal point of the Inca civilization, who believed that this was the birthplace of all of humanity.

You can immerse yourself in some of that history on the Bolivian side of the lake. The islands of Isla Del Sol and Isla De La Luna have archeological ruins that will keep you busy for days. On the Peruvian side, the city of Puno boasts Spanish colonial architecture, lakeside markets and restaurants, as well as the island of Uros (a floating island inhabited by the local indigenous community unlike anything you’ve ever seen). 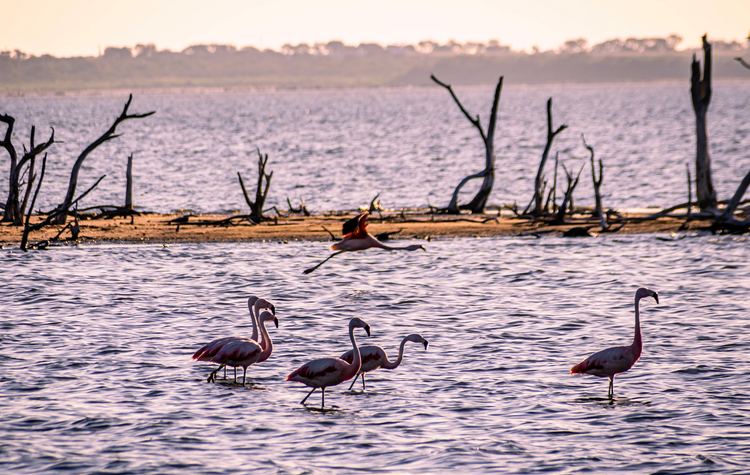 The second largest lake in South America, Mar Chiquita translates to “little sea.” This 2,320 square-mile lake in central Argentina earned that name because it’s an endorheic salt lake. It’s the largest of its kind in the country, with a surface area that increases threefold during rainy season.

Playa de Mar Chiquita and La Caleta beach make for excellent places to pass an afternoon relaxing by the water. We highly recommend taking a dip on days when the weather permits – the high salinity is said to have medicinal properties that can be felt immediately. 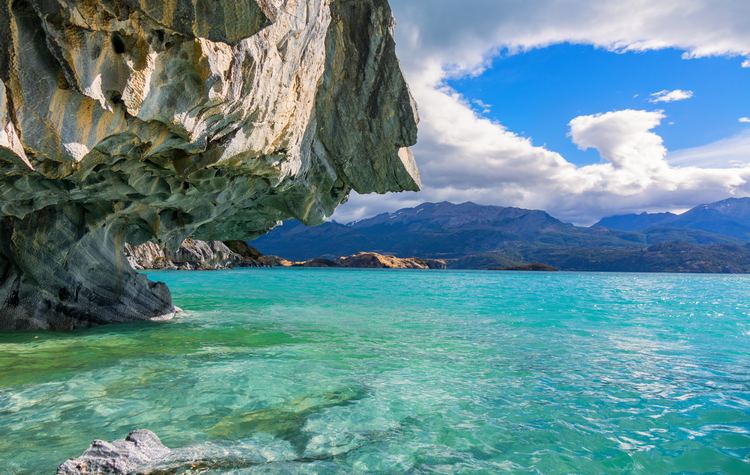 This lake is located in both Argentina and Chile. In Argentina, it’s called Lake Buenos Aires and in Chile it’s known as General Carrera. At 710 square-miles, it’s the largest lake in Chile and the third largest lake in South America.

Although it’s located in the least populated areas of both Chile and Argentina, this lake alone is worth making the trip if you’re already in Patagonia. General Carrera is fed by melting glaciers high up in the Andes mountains. Those surroundings make for a picturesque place to camp, hike, kayak, and even fish. 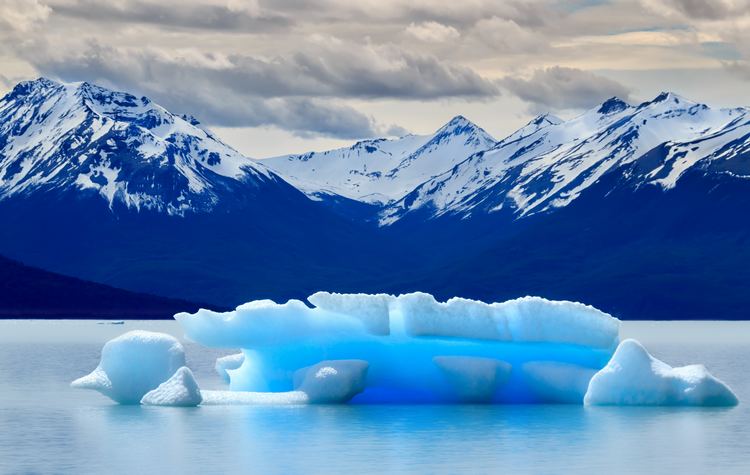 You may not have heard of Lago Argentino but, if Patagonia is on your to-visit list, you’ve definitely heard of Los Glaciares National Park, in which the lake is located. This lake spans the huge distance between the South Patagonian Ice Field and the Patagonia Steppe and it’s the largest fresh water lake in Argentina (and the fourth largest lake in South America).

Lago Argentino is best known for the Perito Moreno Glacier. This immense natural wonder can be visited by boat, which takes you right up to the front wall of the glacier where you’ll witness the dramatic icefalls into the lake below. 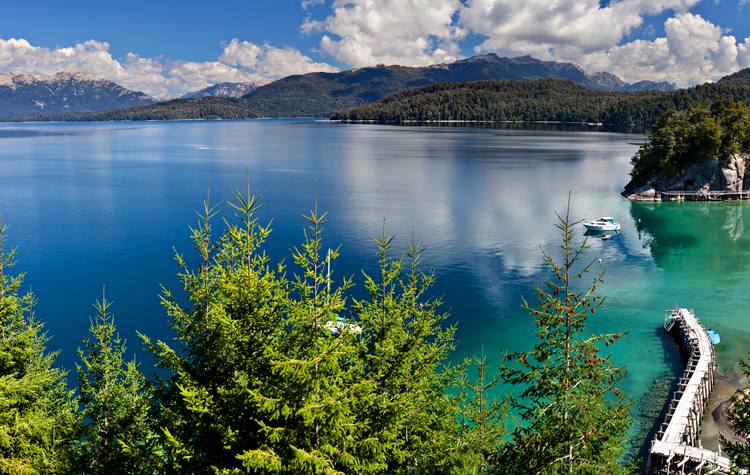 Nahuel Huapí is located in northern Patagonia in Argentina’s lake district. It’s the largest lake in this region and its postcard-like landscape is truly unique, surrounded by a mix of mountains and Valdivian Rainforest.

Nahuel Huapí is one of Argentina’s more popular tourist lakes. It offers opportunities for mountaineering, kayaking, and boating. Travelers who love fishing will be particularly drawn to this lake, where they can angle for several species of trout. 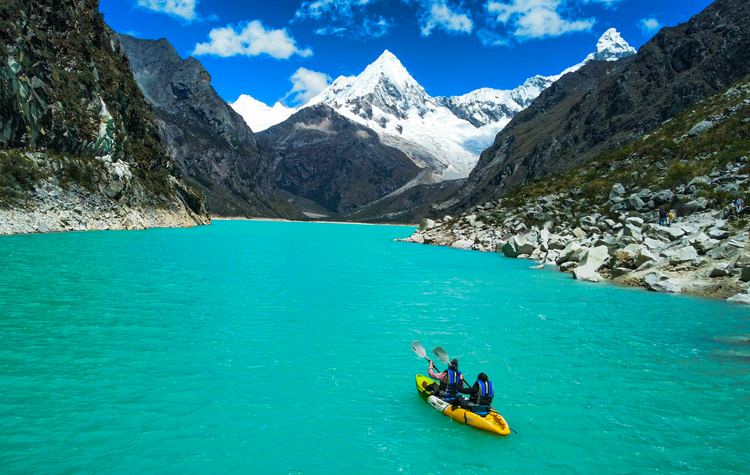 Lake Parón is the picture perfect glacial lake. With approximately 17 square-miles of surface area, it’s the largest lake in the Cordillera Blanca range of the Peruvian Andes and definitely one of the most beautiful.

Sitting at more than 13,600 feet and nestled in the heart of the Cordillera, Lake Parón offers visitors superb views of several snowy peaks, including Aguja, Caraz, the famous Mount Pisco, and, of course, Parón itself.

You can reach this lake via the 20-kilometer return hiking trail that can be completed in a half-day trip. Be sure to acclimatize first, because this trail is steep (but worth every second). 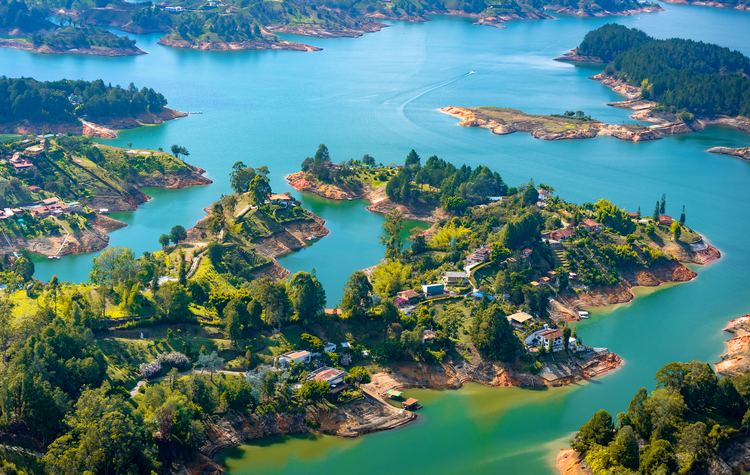 The Guatapé reservoir is a little different from all the other lakes we’ve listed thus far. It’s not a piedmont lake and it’s not located in or near the Andes. Instead, this lake was created when the Guatapé valley was flooded for the creation of one of Colombia’s largest hydroelectric dams. The result was this emerald green lake containing many small islands.

Perhaps the most notable feature of this lake is El Peñón de Guatapé, or the Rock of Guatapé. Visitors can climb the more than 700 steps to the top of Colombia’s most photographed natural landmark. At the top, they’re treated to fabulous scenery in the reservoir below and a 360-degree view of the skies above (which are especially magnificent in the golden hour just before sunset). 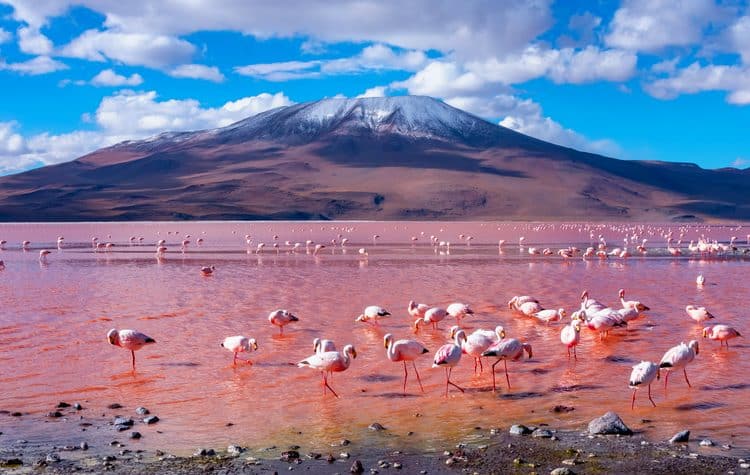 Bolivia is home to a number of “colored” lagoons. This one in particular has a rich, blood-red tint and it’s located close to the Salar de Uyuni salt flats in the Bolivian mountains. Besides the unique coloration of the water, this lake is also home to flocks of pink flamingos in numbers you don’t often see.

Within fairly close proximity you can find other colorful lakes. Laguna Verde is a green lake while Laguna Blanca is a white lake, both of which are close enough to visit on a full-day venture.

Add These Famous Lakes to Your Itinerary 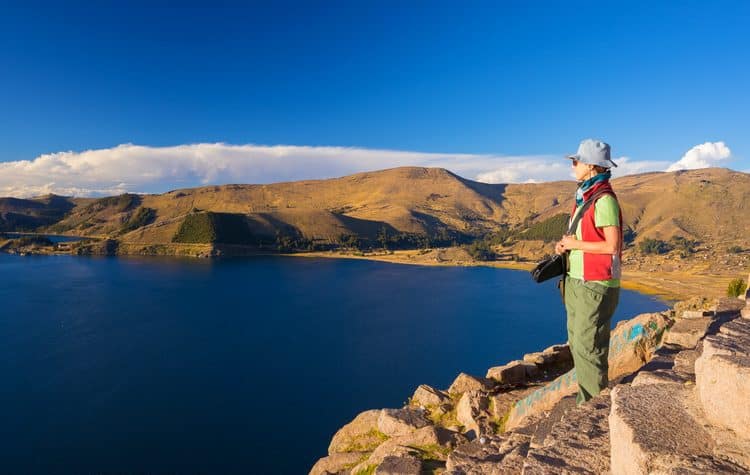 When tourists think about South American bodies of water, they’re more likely to think about thousands of miles of coastline, cascading waterfalls, and mile-wide rivers than about lakes. But the lakes in South America are some of the most beautiful in the world.

Some are nestled in the heart of the Andes mountains, others are found at the foot of massive glaciers. Many provide opportunities for partaking in water sports and some give you an inside look at the cultural and history of the regions in which they’re found.

Whatever you want out of South American lakes, Kuoda can deliver. Talk to us about adding some of these lakes to your itinerary today.