Inca’s Food Preservation – A Gift to the World – Part2 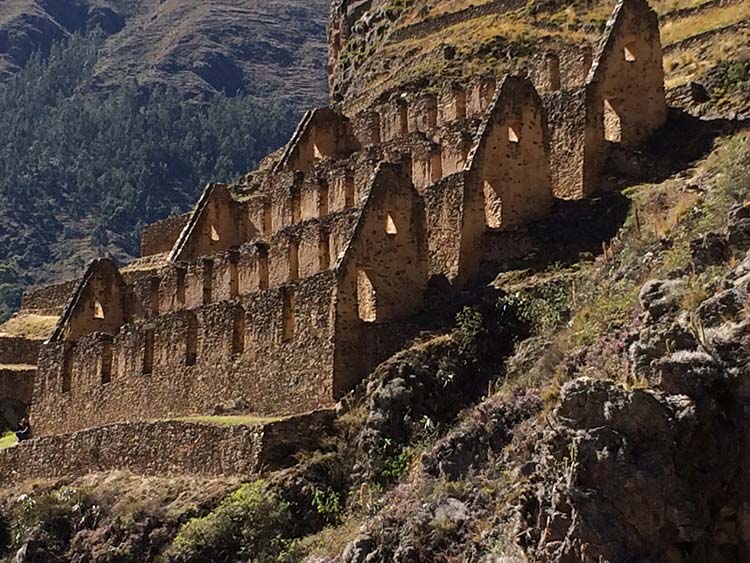 When you arrive for your Peru holiday, you will hear a great deal about the Tawantinsuyo, the Inca Empire. Although conquered by the Spanish in the mid-sixteenth century, the Inca had invented many “life hacks,” some of which are in use worldwide today. 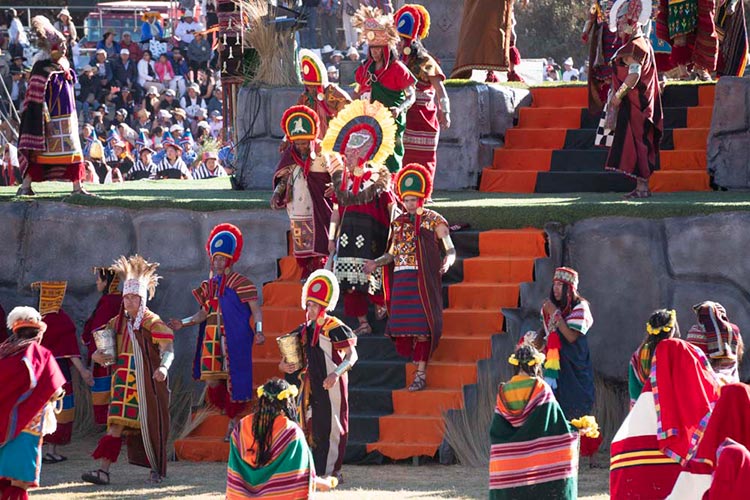 For example, as mentioned in the first blog in this series, the Incas were innovators in food preservation, and many of the techniques they invented are still being used in similar, if somewhat altered form.

Although they obviously lacked electricity, the Inca did the best they could with what they had to create a cold storage method that would preserve and store food for lean times, such as times of war or famine. They erected storage buildings, known as Collcas, which were made of mortar and stones, or of adobe with stone foundations. They were built into the sides of hills to take advantage of the cold temperatures and airflow. The collcas were equipped with drainage channels to divert moisture and prevent the food from rotting, and they had different shapes depending on what type of food they were meant to store. It is thought that the harsh climatic conditions in the high altitude regions that comprised much of the Inca Empire inspired them to invent reliable means of preserving and storing food. When it’s tough to grow something, it has that much more value; therefore, preserving the sparse amount of food that can be obtained would naturally become important. 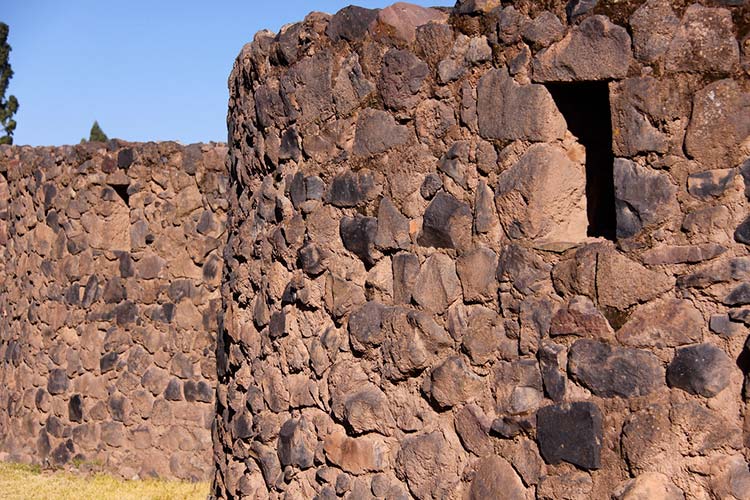 Another factor that inspired the building of collcas would have been the lack of transportation available to the Inca. Since it was difficult to move and redistribute large amounts of food, it was necessary to store it where it was grown and then later to be distributed by the Inca state when it became necessary. The collcas were built near major cities, farms, temples, and royal lodgings, as well as at every tambo, which were way stations that were located roughly a day’s march apart along much of the 25,000 miles of highways constructed by the Inca rulers. 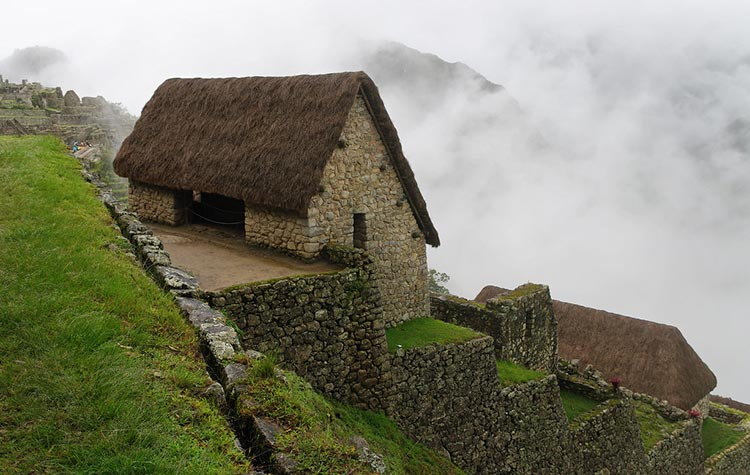 Distributions were made for passing armies, to the general public in times of need or crop failure, and for the ritual feasts that were regularly celebrated among the Inca’s subjects.

Different structures were employed according to the item that was being stored in the collca. Circular collcas were used to preserve the corn (maize) crop. The corn was often removed from the cob and stored in clay pots. For the preservation of root vegetables, rectangular collcas were utilized. The tubers would be piled in ceramic pots, or at times, stored on a bed of muña, an Andean mint that is still used today for food and medicine. Its strong odor discouraged worms and insects from devouring the tubers. Above a layer of dried muña, loosely woven straw mats would be placed, and then piles of tubers loosely tied in bundles would be placed on top. 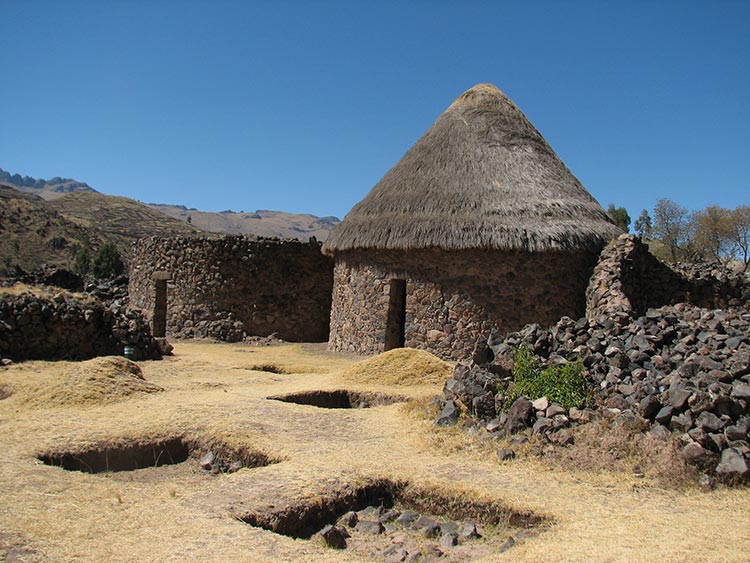 According to the records of Spanish chroniclers, the Inca stored anything and everything in collcas. Some of the items listed were coca leaves, dried fruits, dried duck, jerky, fish, partridges, and more. Also noted were non-food items, like clothing, ceramics, textile blankets, sandals, carbonized wood (for making fires), weapons, etc. The Incas carefully tracked the items that were stored and controlled distribution. In fact, the power of the Inca civilization can be attributed in part to their willingness and ability to preserve and administer storage in a way that no civilization, and certainly none of those that they dominated, had previously accomplished. Moreover, from the earliest days of civilization to today, it is the control of the flow and distribution of goods that underlies the economics of society. The Incas discovered and mastered this control in a highly systematized fashion, over five centuries ago.

We will be delighted to bring you to the sites where Collcas still stand during your luxury Peru journey, so you can examine these ancient storehouses for yourself.