How to Travel to the “End of the World” AKA Patagonia! 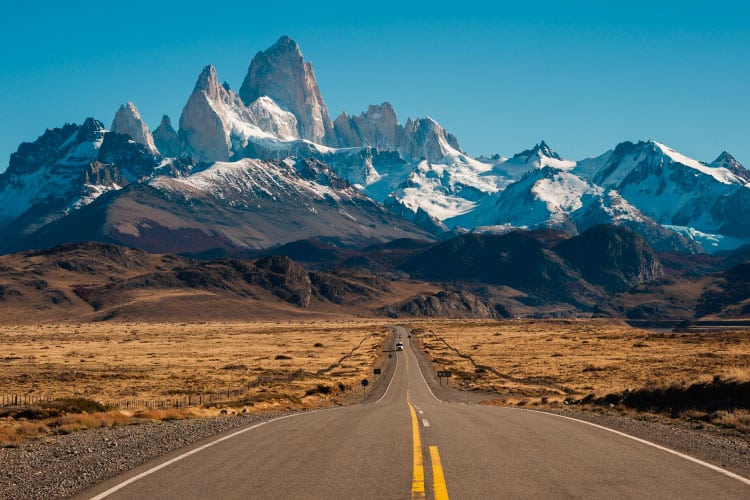 Patagonia, not a state, nor a country, but a remote geographical region, straddling two South American countries (Chile and Argentina), is full of natural wonder, enough to make your head spin, but in the best way. And getting to Patagonia, well understandably, might make your head spin even more; plane tickets to Patagonia, either from Buenos Aires or Santiago, run out fast, especially during the high tourist season in Austral Spring to Fall, running from mid-September to early May.

Not to worry, though! In this article, we’ll break down flight options to Patagonia from Buenos Aires and Santiago, as well as flights between Patagonia cities and land travel within Patagonia itself! You will be making the glorious trek towards the famed glacial towers of Torres del Paine National Park or getting up close and personal with the Perito Moreno Glacier in Los Glaciares National Park before you can say: “Let’s explore the End of the World!”

– International Flights from the U.S. to Buenos Aires OR Santiago 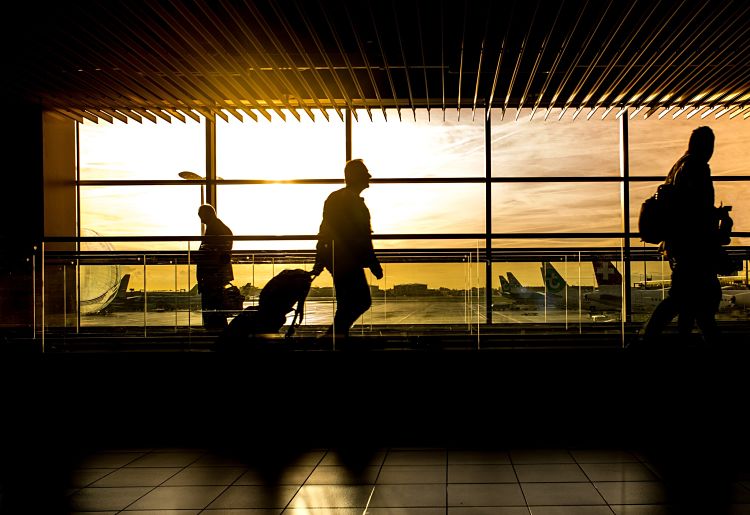 If you are looking to fly to Patagonia, you won’t find any direct international flights; and will need to connect through Buenos Aires or Santiago. Luckily there are quite a few options for direct flights and/or flights with 1-2 stops to these South American capital cities from a few major U.S. international airports.

For direct flights from the U.S. to Buenos Aires, you will want to depart from one of the following top airports: Miami, FL (MIA), New York, NY (JFK), Atlanta, GA (ATL), or Dallas, TX (DFW). These direct flight times range from 9 to 10 ½ hours, depending on your departure point. Whereas the options for flights to Santiago range from 8 ½ to 11 hours from the very same airports, with the addition of Los Angeles (LAX). Departing from LAX is not a direct flight, but with just one stop in Lima, Peru (LIM), it will be about 13 hours total, and maybe more convenient if you live on the West Coast.

– From Buenos Aires to Patagonia 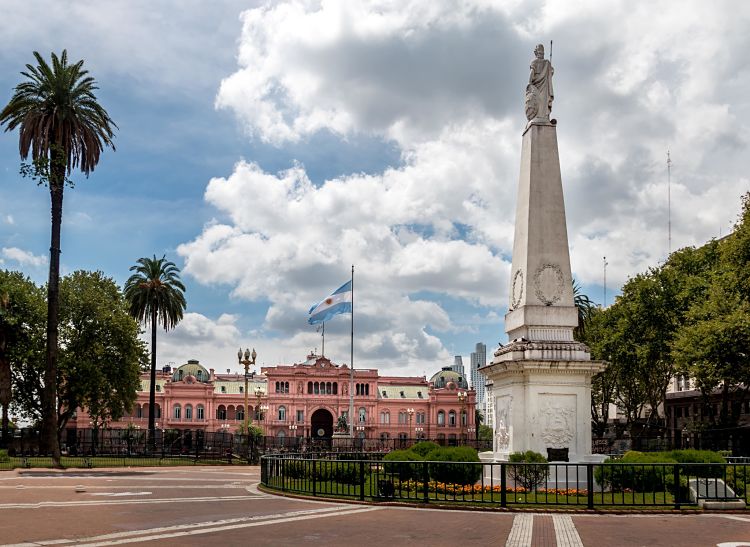 While planning a trip to Patagonia, spending a couple of days getting to know Buenos Aires or Santiago is an added plus! Starting or finishing your trip in Buenos Aires provides a culturally-rich bookend to your Patagonia wildlife adventure, where once-clandestine bohemian cafes impart their history, and the beloved Argentine cartoon Mafalda comes to life.

But if you opt to just make a connection in Buenos Aires, you will want to leave a couple of hours. International flights into Argentina land in Ezeiza Airport (EZE), and your connecting flight to one of the many Patagonia airports (listed below) will either leave from EZE OR the domestic Buenos Aires airport – Aeroparque, Jorge Newbery (AEP). Put simply, you may have to change airports in Buenos Aires for a Patagonia connection.

The main domestic Patagonia city airports on the Argentine side from North to South include San Carlos de Bariloche (BRC), El Calafate (FTE), and Ushuaia (USH). There are a couple other smaller airports in Argentine Patagonia; however, those mentioned above are the most frequented. Bariloche lies smack dab in the middle of the Argentine lake district, El Calafate is the closest to Los Glaciares National Park, and Ushuaia is the gateway to Tierra del Fuego (southernmost point of Patagonia).

– From Santiago to Patagonia 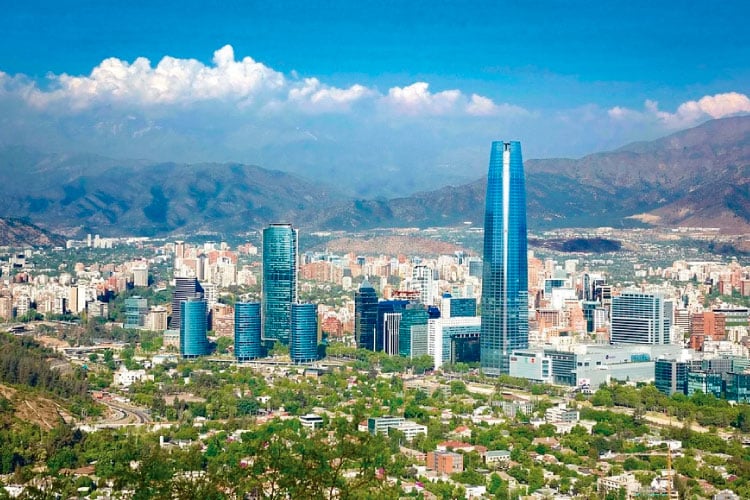 And let’s not forget about Chile! Hugging Patagonia’s western bank like a knife’s edge cutting through some of the most breathtaking scenery on earth, you will find your starting point in Santiago. Santiago offers plenty of exciting sights, sounds, and good eats for a quick day trip, or you could even add a day or two to venture into the nearby coastal towns of Valparaíso and Viña del Mar.

Of course, the preferred route to get straight to Torres del Paine National Park is to fly directly to Puerto Natales. However, these flights can be hard to come by or a tad pricey. Therefore, the best option is to fly into Punta Arenas to the south and take a three-hour private transfer to Puerto Natales, followed by another two hours to the park itself. The scenery won’t disappoint! 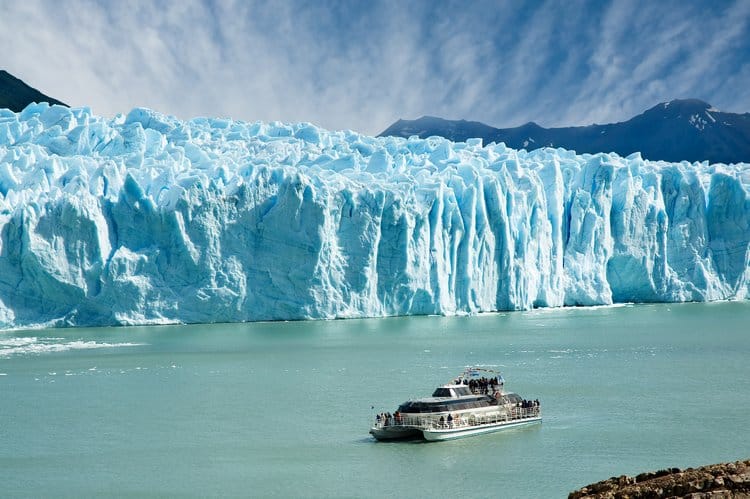 Once in Patagonia, you might be wondering if it is worth it to fly between different Patagonia cities to see as much as possible. Depending on your time frame, the short answer is yes! With a total area of just over 400,000 square miles, and a deep range of eye-popping geographical features, you may want to hit one, or two, or three different points.

Within Argentina, you can fly from El Calafate to either Ushuaia or Bariloche or vice versa in under two hours, and this would allow you to spend some time in the romantic Lake District (reminiscent of Switzerland) and also the more starkly breathtaking landscapes of Los Glaciares National Park or Tierra del Fuego. And although there are no flights between Chilean and Argentine Patagonia, if you are interested in crossing the border, there are a couple of adventure-filled land-and-lake-based options. 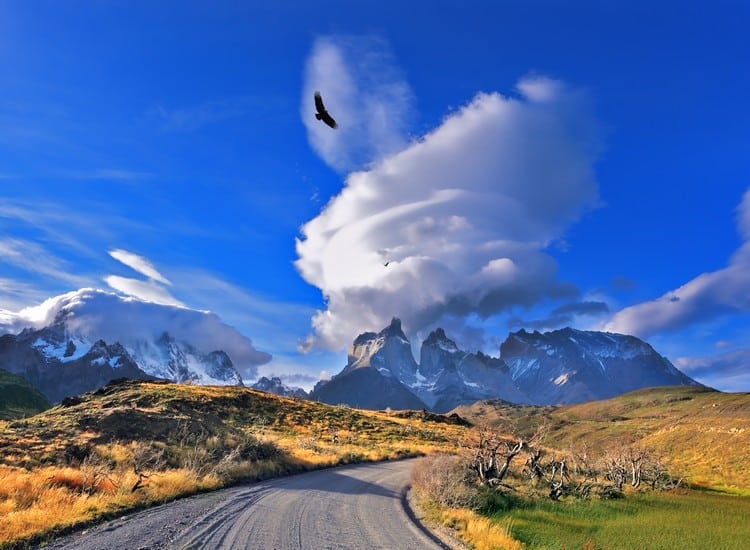 For crossing the border into Chile from Argentina or vice versa, it is about a five-hour drive through the Cancha Carrera Pass (in Argentina) and the Cerro Castillo Pass (Chile). And if you have a fair amount of time to truly explore the hidden depths of Patagonia, then consider taking an epic road trip on the Chilean Carretera Austral (Southern Highway). You will need 1-2 weeks for this journey, but it is well worth your time. The Carretera Austral passes through ten national parks with jaw-dropping (and uncrowded) sights of glaciers, fjords, and lakes for literal days on end.

The Carretera Austral connects these remote points of Chilean Patagonia to the northern port city of Puerto Montt in the Chilean Lake District. If you prefer cruises to road trips, you can opt to embark on the spectacular boat journey from Puerto Varas (only 20 km north of Puerto Montt), all the way into Bariloche – and this famous route is called the Cruce Andino.

Considering the plethora of ways to arrive, the question transforms from “how to get to Patagonia” to “what do I want to see while in Patagonia?” Do you wish to hike in Torres del Paine, snap that once-in-a-lifetime photo of the Perito Moreno Glacier, go skiing in Cerro Catedral in Bariloche, cruise the Patagonian Lake District, or commune with Magellanic penguins in Tierra del Fuego?

We can help you narrow down exactly what you want to see and do in Patagonia and then land on the right route for your trip. Contact us to get the planning started and to see which route is best for your journey to the “End of the World!”