What is The Holy Week at Popayán? 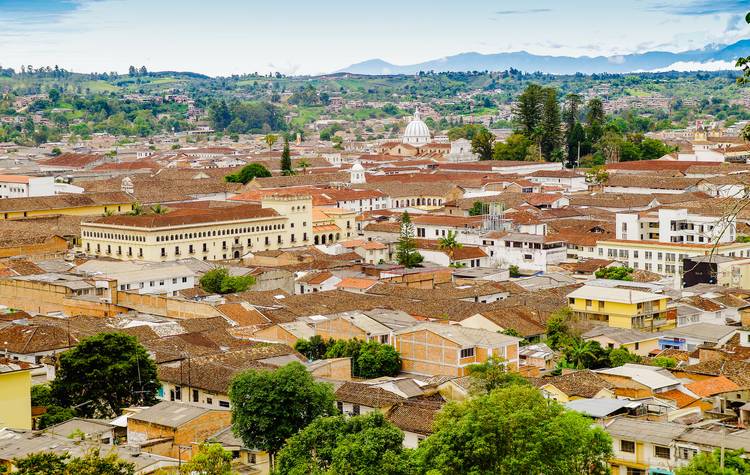 The Passion and death of Jesus Christ is highly honored and celebrated during the Holy Week in Popayán in Colombia. This holy celebration includes daily processions that are performed continuously since the sixteenth century between Good Friday nights and Holy Saturday.

The Holy Week in Popayán is a wonderful parade that happens in the “White City”, and religious images of Spanish, Andalusian, Quito, Italian and Payanes are prepared on a wooden platform which has four front and back bars that are carried on the shoulders of the Cargueros. The images represent the different episodes related in the Gospels on the crucifixion of Christ.

The Holy Week at Popayán was declared a UNESCO Masterpiece of the Oral and Intangible Heritage of Humanity on September 30, 2009. It is a warming religious experience inspired by magical sounds, incredible woodwork, and floral incense that we at Kuoda highly recommend, and in this article we will tell you more about what the Holy Week in Colombia is all about.

It is held in Colombia’s White City 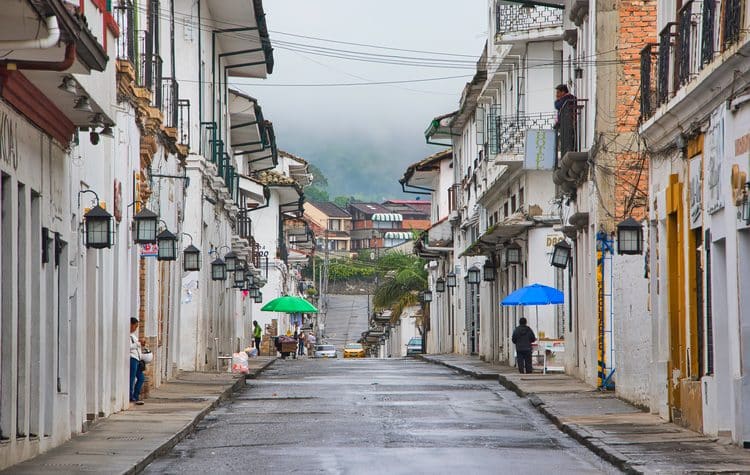 The Holy Week is held in Popayán, which is the capital of the province of Cauca. It is situated in the southwest of Colombia and sits at an altitude of approximately 1760 meters above sea level. Popayán is a city with important historical and cultural significance, and one of the best-preserved cities in all of Latin America.

The city is best-known for its white streets and some refer to it as the “Jerusalem” of Latin America. It had some important influence during the time of the viceroyalty of New Granada. Popayán is highly visited during the Holy Week, when the streets are filled with religious parades and uplifting music.

What is The Holy week? 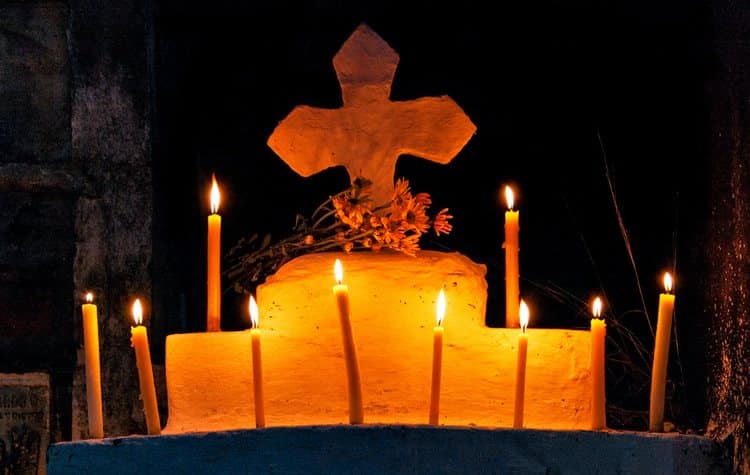 The processions performed during the Holy Week in Popayán are one of the oldest traditions in Colombia. Recordings of these celebrations date back as far as 1566.  The citizens of Popayán are very religious and take pride in their strong faith because of the Catholic tradition that was introduced by the Spanish.

The festivals at Popayán are such a strong tradition for the locals that even during the civil wars the sacred customs were not affected by any conflicts. This is how they have been able to preserve the festivals throughout the years, unaffected by social and political changes that the country went through over the years.

Six processions are performed during the Holy Week, and the most important take place on Palm Sunday at the opening of Holy Week.  Processions take place on Tuesday and Good Friday, and during every procession parishioners march in silence with prayers and antiphons. This is a very special experience for the more religious types, and it is welcome for everyone around the world.

The Rich Symbolism of the Woodwork 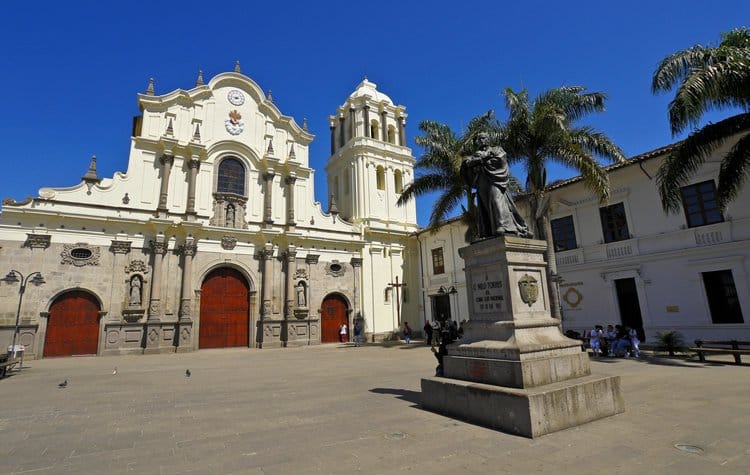 The skillful crafting of reliquary floats, called “pasos” by the locals, is important because each of the five processions evolve around it.  The natives participate in an array of complex rituals in the process of creating the pasos.

Each float is decorated by a wooden statue, and each statue is an illustration of the Easter story. When the Holy Procession is over, the participants return each paso to the churches where it will be carefully dismantled. The pieces are stored until next year’s processions take place.

Last preparations of the pasos are done by the Popayán residents up until the night before the processions begin. An entire local family is responsible for the preparation of each paso.  The elders supervise the decorations of the pasos, they make sure that all the strict rules are followed to keep with the ancient tradition.

Flowers are used to decorate the ornate wooden statues, and by tradition, flowers of different colors are used during each of the processions. It depends on the symbolism that each color represents within the paso.

Not to be missed… 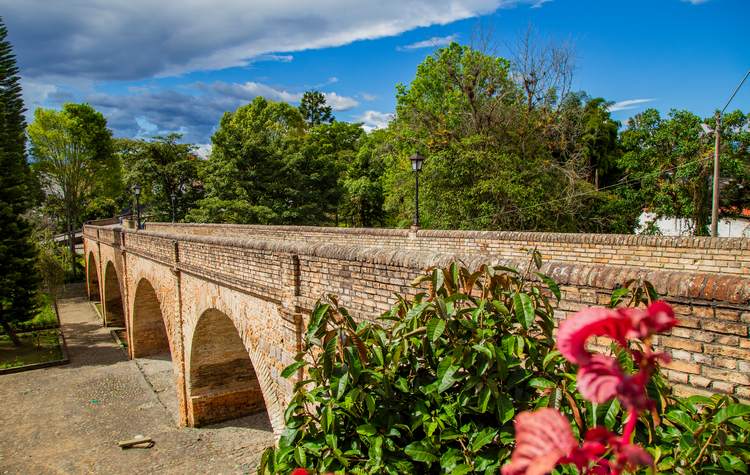 Payanés Corner is like a smaller Popayán, and it is sometimes referred to as Pueblito Patojo. It is a cute little town that has replicas of the most distinctive monuments of the capital of Cauca, including the Humilladero Bridge, the Clock Tower, the Chapel of La Ermita, and the Small Bridge. Other than exploring the town’s beautiful buildings and walking the streets, you can enjoy traditional food and handicrafts.

If you wish to relax before or after the Holy Week’s festivities, the Boiling Water Hot Springs are a good option and easy to access from Popayán. Located about 19 miles from Popayán, the site is managed by the Coconuco indigenous council, and boasts several pools in which visitors can bathe in natural warm water. There are also some cabins, and a children’s eco-park – making it a perfect stop for families and couples.

For nature lovers and adventurers there is the magnificent Munchique National Park. This is an incredible park with 30 streams and rivers, and 40 waterfalls. The park is located in El Tambo, 61 kilometers from Popayán. The park is one of the highest biodiversity areas in Colombia, and has a lot of endemic and endangered species. About 500 bird species have been discovered here, making it a bird watcher’s paradise.

On the way to the “White City” of Popayán, you may want to stop in Guambia as you will be charmed by the breathtaking scenery and the warmth of its people. Guambiano Communities are indigenous people of the Cauca. They speak Gambiano, which forms part of the Coconucan languages. The community is known for the traditional clothing and their deep connection with Mother Earth, who is born their livelihood and their spiritual reason for existence.

How to visit with Kuoda 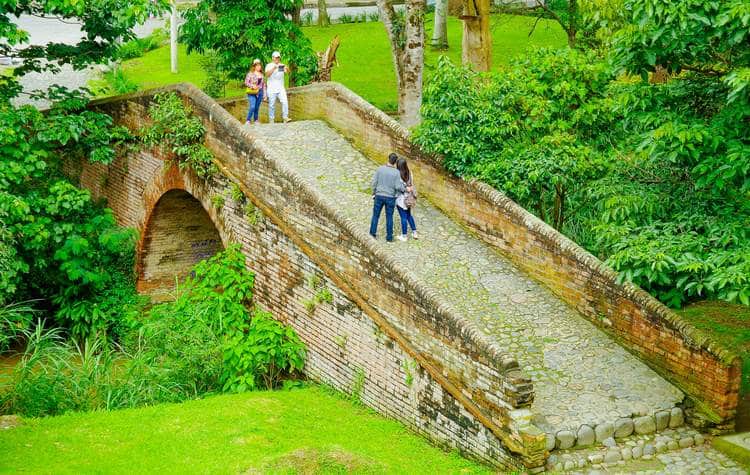 Participating in a traditional and cultural event as big as the Holy Week at Popayán is an experience that cannot be fully expressed in words, but truly experienced in real life. Colombia is a country that offers so much diversity in terms of landscapes, nature, culture and history – and the city of Popayán has more than just the Holy Week to offer! Having a well-planned itinerary is vital, and can highly influence your journey and personal experience. We at Kuoda are specialists in designing custom-made trips for our clients, and our trips to South America are on the top of the list. Contact us today to talk more about your necessities and requirements for your trip.