Travel the well-trodden paths at your own pace with this luxury tour of Colombia. Wander around the colonial streets of the capital, Bogotá, before embarking on a luxury tour of other corners of the country. Learn the secrets of first-class coffee, get on two wheels to explore the rejuvenated Medellin, and soak in the idyllic archipelagos of the coast of Cartagena. Snorkel in crystalline waters, trek along paradise beaches and float between the islands by boat! Let Kuoda show you just how enchanting a personalized Colombia tour can be. 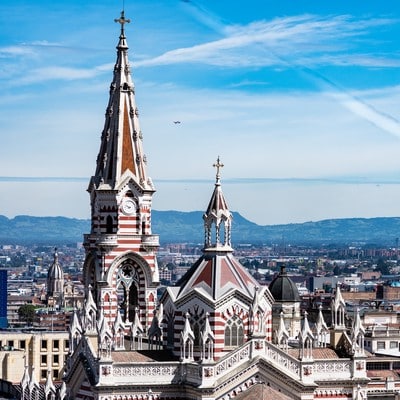 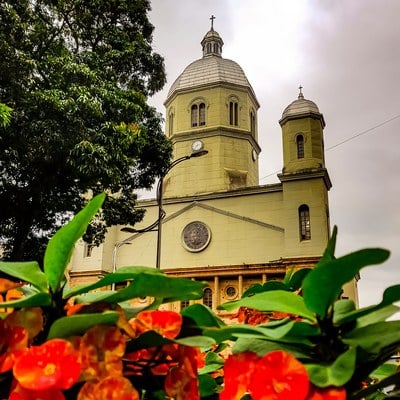 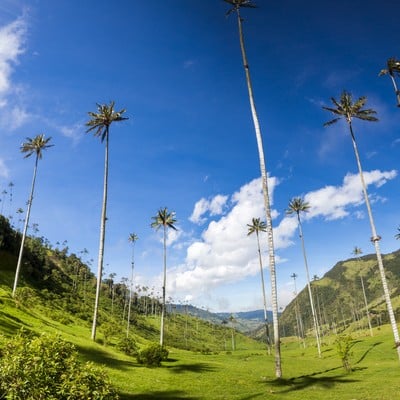 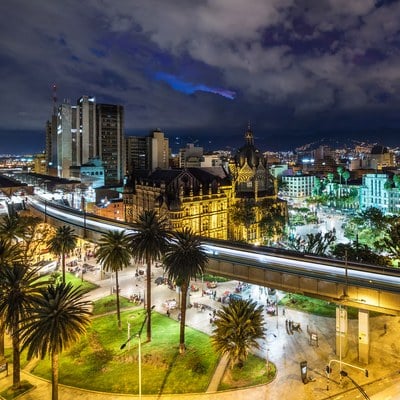 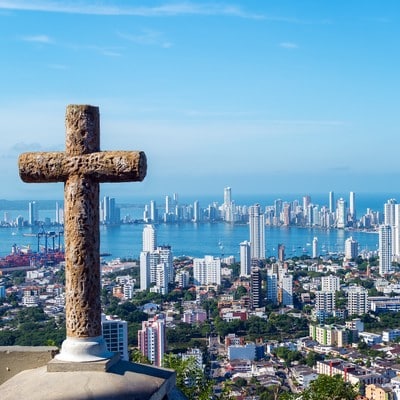 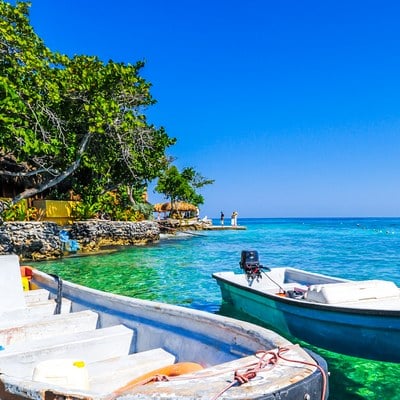 Welcome to Colombia
You will find us waiting for you when your international flight arrives in Bogotá. Look for the Kuoda sign with your name and the smile. We will escort you to your hotel, check you in, and help you get settled. You’ll then be able to rinse away the feeling of a long flight and enjoy a good night’s rest!

Visit Paloquemao market, abundant with fresh food and flowers, and offers a great insight into the life and customs of Bogotanos. La Candelaria is Bogota’s heart and soul, from its humble beginnings this is the oldest part of the city and the Plaza Bolivar (Main Square) are high on any visitor’s agenda. The Square is the focal point of this historic part of the city.With your guide the next stops will be the Gold Museum. The Museum is within the premises of the Banco de la Republica, and is one of the finest collections of Pre Hispanic gold in the world. This is a “must see” when in Bogotá, with more than 35,000 pieces of pre-Colombian gold works in the collection. The golden raft is one of the focal point of the display and was the driving force in the Spaniards quest to find El Dorado.

Flight to the Coffee Region
This morning we will escort you to the airport for your flight to Pereira in the coffee region.
For many people, this is the heart and soul of Colombia, its cultural epicentre. With every turn, a spectacular panorama changes your perspective, from the rolling hillsides of fertile coffee plantations to plunging valleys and bold elevations. Campesino or rural life continues as it has done for centuries harvesting coffee, plantains (a type of banana) and many other fruits in this lush and fertile land.

Today’s tour will take you from the far northeast of Quindío to the beautiful Valle Cocora where the magnificent Wax Palm grows, in one of its few natural habitats, then onto the first settlement in Quindío of the modern era. As you enter into Salento, the first stop, you know you are in the coffee region of Colombia.Starting at the collection and drop off point for horse riders and jeeps from Salento, the trek heads north and then down into the valley, passing the trout farm that supplies most of the restaurants in the town.

There will be excellent photographic opportunities of the incredible backdrop of the Wax Palm tree and the central cordillera of Los Nevados National Park.

Today you return to the airport as your adventures continue to Medellin. This is the second largest city in Colombia and regarded as one of the most important, in business, politics, and fashion and of course nightlife! For years Medellin had a tarnished reputation, but has now risen above this “Mala Fama” (Bad reputation) and is now one of most exciting cities in South America. It is now regarded as one of the safest cities in South America.Medellin is famous for its “Feria de las Flores” which happens every August for a week. The Feria is a carnival atmosphere with processions of flower growers, music, dance and the arts. Medellin is also the home town of Fernando Botero, probably Colombia’s most recognised artist to date. His oversized depictions of Colombian life, people and world issues are exhibited throughout the country most notably in the Botero Museum in Bogota and Medellin’s own Museo de Antioquia.

Today’s tour offers you the opportunity to experience the city from a different perspective. Whether you are an experienced cyclist or just enjoy going for a leisurely ride once in a while, the tour is suitable for all levels of fitness.After a brief introduction, you will start the tour, passing by one of the city’s main universities, the Botanical Garden, Planetarium and Parque Explora interactive museum until you reach Moravia. This quaint, authentic neighbourhood, once used as the city’s garbage dump, has been undergoing a significant transformation, thanks to a range of urban development projects. As you ride through Moravia’s maze-like streets, you will have the chance to experience the bustling atmosphere of daily life in Medellin’s most densely populated neighbourhood.

Arvi Park and Santa Elena
Located atop the spectacular mountains which surround the city of Medellín, and offering a perfect contrast to the hustle and bustle of the city, Arvi Park is a stunning natural environment of 16,000 hectares which was developed for the enjoyment of the residents of the city and the surrounding villages. There are multiple trails of different lengths which can be enjoyed in a fresh cooler climate with bubbling mountain streams and pint forests.
Santa Elena is a small flower growing village located less than one hour from the city and during its main festival is the centre of activity when the cut flowers are woven into tapestries which are then mounted onto wooden frames which the inhabitants of the town will carry on their backs in the parade through the streets of Medellin.

Flight to Cartagena
This morning you will be accompanied to the airport for your flight to Cartagena. Founded in 1533 by Pedro de Heredia, the city was formerly the Caribbean gateway port used by the Spanish. Here they would store the riches plundered from the interior before they were transported back to the old world.After and attack by Sir Francis Drake plans were made to fortify the city and work on the defensive walls began. These walls still stand today and mark the boundary between the old and new parts of the city.
Cartagena’s rich history, diverse culture and energy absorbs every visitor allowing them a glimpse into the past and a chance to relax in superb surroundings.

Snorkeling and Swimming in the Rosario Islands

Today will give you the opportunity to discover one of the most beautiful archipelagos in the Caribbean. A fast motor boat departs directly from the pier and will take you on a 60 minute ride through the Bay of Cartagena to the beautiful crystal clear waters of the Rosario Island archipelago. This group of 27 islands is surrounded by coral reefs, and is the perfect location to go snorkeling and swimming from the pristine white sandy beaches.

Today, you can sleep in and relax, or get up early and watch the city come to life. You have the entire morning to yourselves, to explore Cartagena as you see fit.At the appropriate time, we will bring you to the airport for your journey home. Your host will help you to check-in to your international flight and wish you buen viaje!

Like the sound of this Colombia private tour? Get in touch with Kuoda and we’ll start devising your very own customized Ecuador private travel experience.

INCLUDED
NOT INCLUDED
PRICE REFERENCE
An exemplary way for any adventure seeking traveler to experience the best of the region! This sample itinerary is just the way for you to get inspired.
ACCOMMODATIONS
Our staff handpicks the best hotels to ensure you get ultimate comfort and character during your stay.
Talk with your Kuoda Travel expert to help find the right hotels for you during your personalized luxury tour.

We definitely had a wonderful time in Bolivia!!
Roger was an amazing and funny tour guide and we had a enjoyable time with him for the three days in Uyuni. He had a wealth of knowledge to share and expressed his passion in history really well. We highly recommend him for tourists who are interested to explore in Uyuni.
In La Paz, Cynthia provided us with valuable information regarding the places we visited in detail. Also, Ivan was a considerate and courteous driver.
We definitely will recommend your firm to my friends if they plan to travel to South America.

This was a fabulous trip, thank you so much for putting the perfect itinerary together for us. From the minute we touched down in Quito until we left the airport in La Paz, we were taken care of like pampered children. Who doesn’t enjoy a personal touch but Kuoda went beyond…it felt personal.
We have traveled intensively for more than three decades and I will honestly say that Kuoda has provided the most efficient & genuinely friendly service of any tour companies we’ve used. Every guide we had were great, there were many hugs and kisses as we departed from one another.
Thank you, may blessings be with you all.

We have nothing but praise for the holiday that Kuoda put together for us. We loved every moment of our time in South America: Machu Picchu, Galapagos & Easter Islands our favourites.
All the guides where fantastic and very helpful. We will definitely recommend Kuoda to our friends if they are looking into travelling to South America.

We arrived safe & were thrilled with our whole tour!!! All of our guides were excellent! Thank you for the hats!!!! That was really nice!We thank you so much for all the hard work arranging things for us! Also, thank you for making Victor’s birthday special with the cake delivered via candle and song to our hotel room!!!! That was perfect and made his Birthday extra special!!
Thanks again! We will highly recommend your tour company to everyone!

Connect with our travel experts